With the 2010s coming to an end, I thought it would be a good time to talk about what I think were Apple’s most influential products in the last ten years. Up first: the Mac.

When the original MacBook Air was introduced, it was positioned — both in price and marketing — as a high-end, ultra-portable notebook that was perfect for those who traveled a lot for work or just wanted the lightest Mac notebook possible.

Sadly, the first iteration of the MacBook Air was a pretty mediocre computer. The hinges proved to be fragile, the small port door was annoying and the computer was sllloooooowwwwwwwwwww. The iPod hard drive at the heart of the notebook made everything take longer than it should have, and the tiny fan inside the machine struggled to keep the Intel Core 2 Duo cool. MacBook Air customers often saw one whole core of the CPU shut down to keep things from overheating.

In hindsight, I think the original Air was a little bit ahead of its time — it really needed an SSD to truly sing, and the design was a bit compromised.1 However, a few years later, in the fall of 2010, Apple got it right.

Steve Jobs unveiled the second-generation MacBook Air at the company’s “Back to the Mac” press event, and he said the machine arose from a simple question:

What would happen if a MacBook and an iPad hooked up?

The answer was a remarkable new laptop that had a lot of iPad-like characteristics:

The new MacBook Air delivered on these promises, and defined a whole new class of laptops. 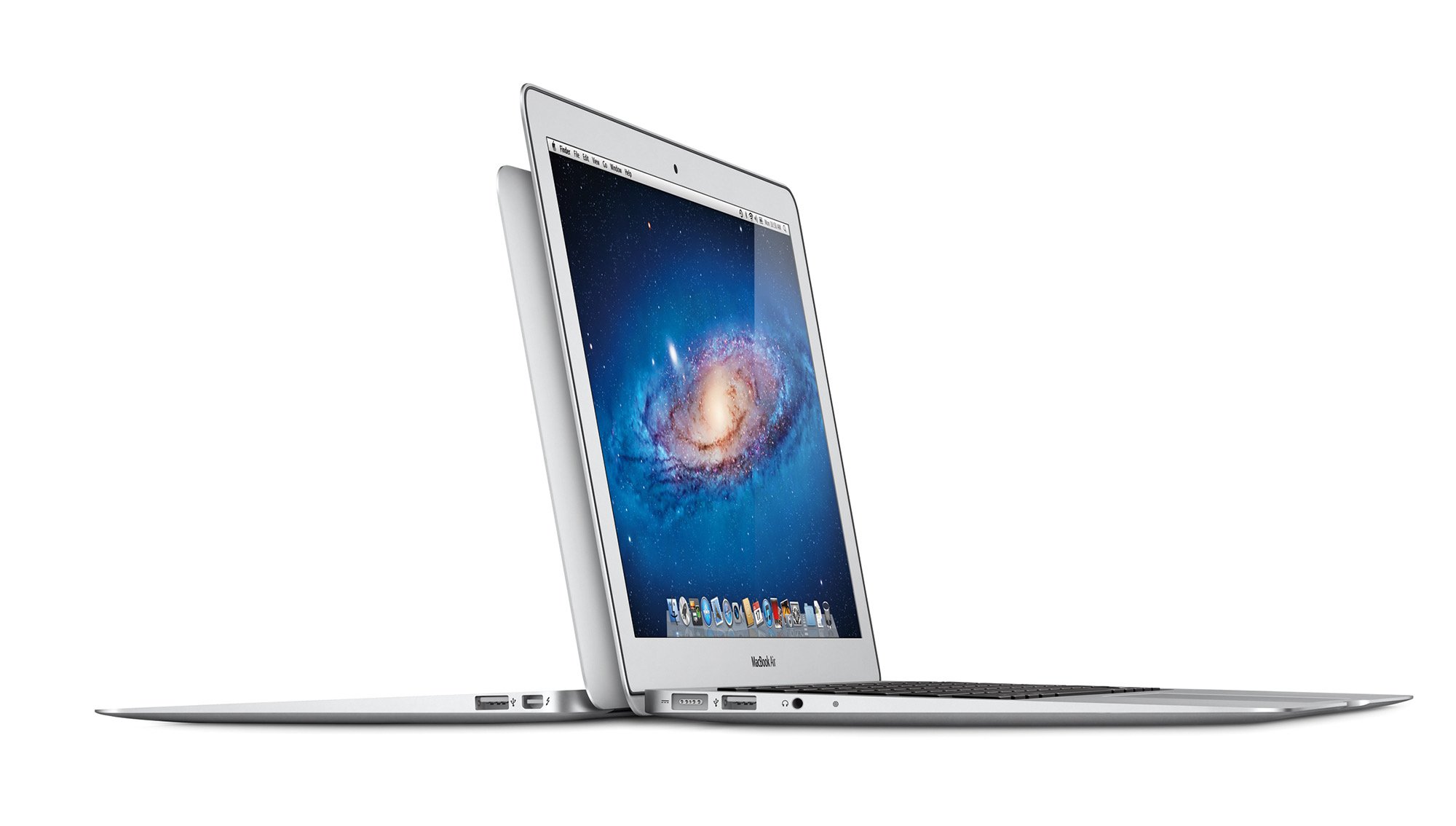 The new machine came in two sizes — 13.3 and 11.6 inches — and tapered down to a thin edge at the front of the machine. The keyboard and multi-touch trackpads were full-sized, and IO was way better than before. Each MacBook Air came with MagSafe, a pair of USB ports (one on each side) and a headphone jack. The 13-inch machine also shipped with an SD card slot.

Apple said that the lessons it learned building the iPhone, iPad and iPod made the MacBook Air possible, and it showed.

Gone was the slow spinning hard drive — every MacBook Air now shipped with an SSD as standard, and the LED backlit display sprang to life as soon as the notebook was opened.

Over the years, Apple would update the second-generation MacBook Air several times. USB 2 gave way to USB 3. RAM and disk options got more attractive, and both power and battery life got better as the machine matured. The 2013 model in particular was excellent with its bonkers jump in battery life.

The most important thing about this generation of MacBook Air is not the specs, but the era it helped birth. Jobs said Apple believed that all notebooks were going to look like this one in the future, and he was right. For years, PC manufacturers chased the MacBook Air, both in terms of design and popularity.

Like the white plastic MacBook before it, the MacBook Air was everywhere pretty quickly after going on sale. Users who found themselves needing a new notebook would often just buy a newer MacBook Air.

So why is this my Mac of the decade? Simple. It’s the most influential computer Apple shipped in the last ten years. That seemed really obvious for the first five years of its life, but I believe it still is today. Almost every notebook on the market is thin and light, and many are made of aluminum. Spinning media is all but gone in laptops, across the industry, and the 13-inch MacBook Pro today is actually smaller than this generation of 13-inch MacBook Air.