For several months, I have worn a Casio Men’s DBC30–1 Databank Digital Watch: 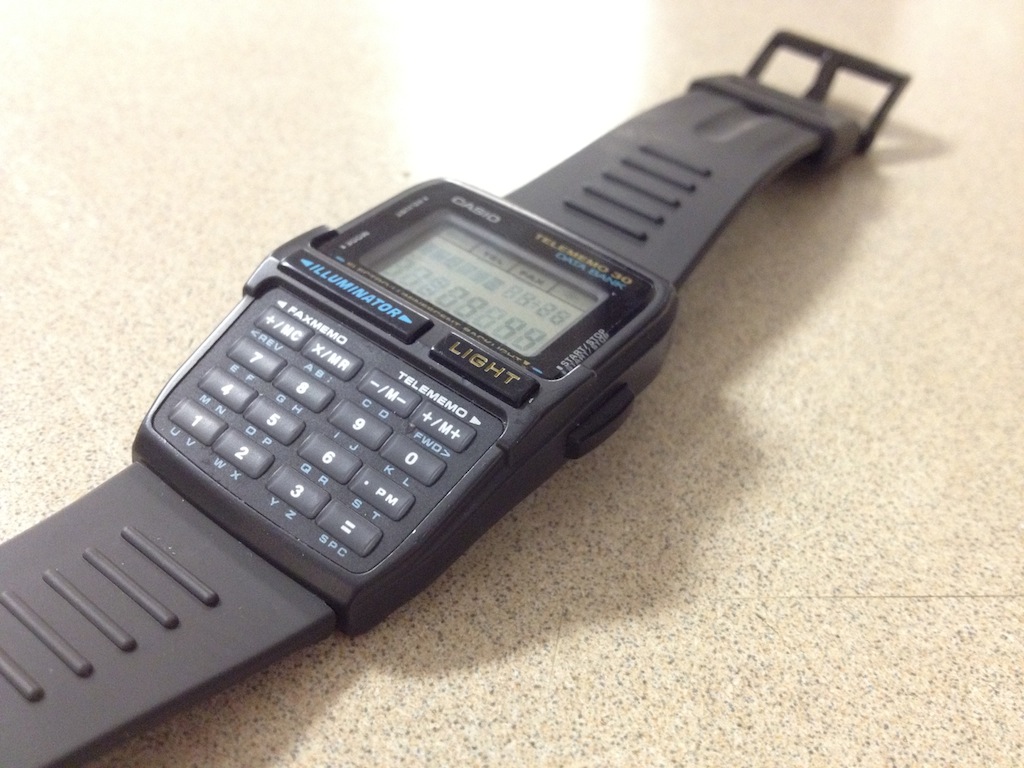 I really like the DBC30–1. It’s lightweight, comfortable and nerdy enough to make a statement while still being able to talk to normal humans.

Oh, and it can do math. My wife tolerates it.

That said, I’ve been haunted by the desire to try out an iPod nano as a watch. So, the other day, I finally made the plunge.

The whole idea of having an iPod just to use as a watch is admittedly pretty ridiculous. Incidentally, the 5th-generation iPod I keep wired up in my car is starting to act up, so I bought the iPod nano with the thought I’d use it in my car if the whole watch thing didn’t pan out.

Too bad it sucks as an iPod. Here’s something I wrote back in 2010, when the first Multi-Touch iPod nano was announced:

Apple has always positioned the Nano as the workout iPod. Equipped with Nike+ for runners, it’s small form factor was easy to manage. The click wheel made it simple to control the iPod, even on the go.

I’m not convinced that the Multi-Touch Nano announced today will be that easy to live with for runners, no matter what Apple says. A click wheel is easy to use without looking at it, a screen isn’t. The existence of volume buttons on the top of the device says to me that the company realizes this on some level. So while adjusting volume should be easy to do by feel, changing songs may not be.

Using the Multi-Touch display to navigate the iPod even while standing still is a pain. I can’t seem to get the gesture to move back a level in the UI right most of the time.

I just don’t understand why Apple had to ditch the click wheel.

Other than the “small” issue of the UI sucking balls, the nano is what’d you expect from modern Apple hardware — small and tight with great battery life.

The iPod can be set to show the clock upon waking up, which takes just about a second and a half. The “just glance and see” aspect that is the point of having a wrist watch just isn’t here.

The numerous built-in clock faces include some great options — and some terrible ones.

That brings us to the LunaTik Blackout. It’s the company’s middle-of-the-road watch band, with all black rubber and metal.

The iPod nano doesn’t merely clip in to the band — it’s held in place with a bracket and a set of screws: 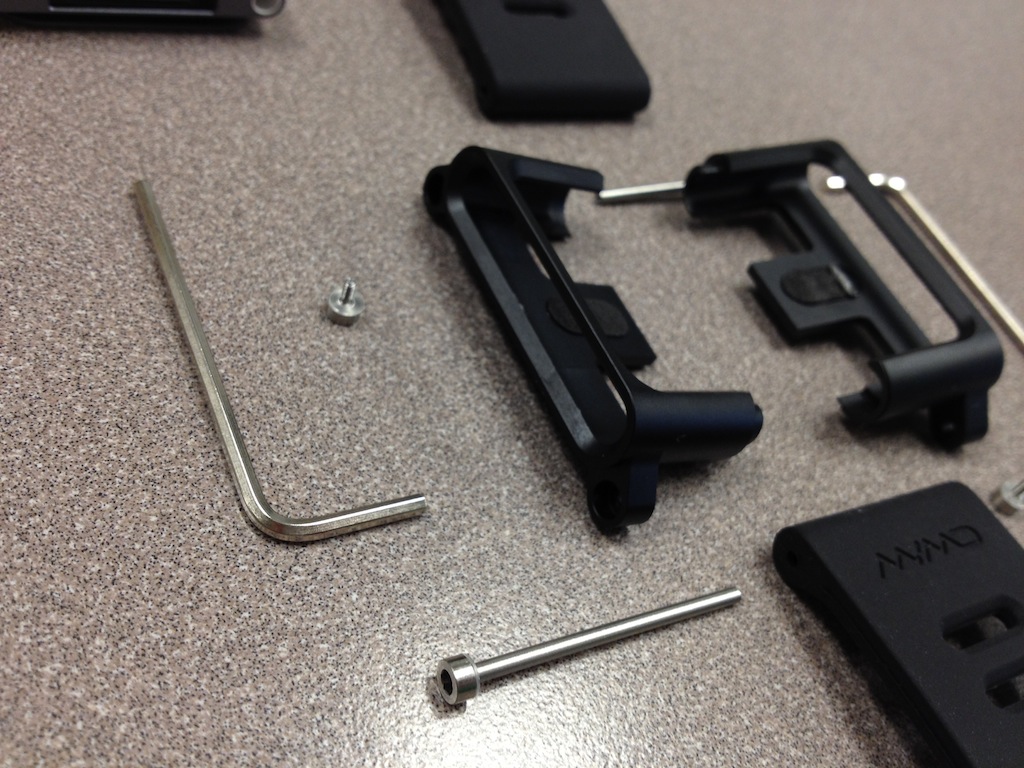 (The band comes with a set of allen wrenches that can be stored in the iPod nano’s packaging.)

The band itself is wide, but it has to be to match up with the nano’s chassis. It looks pretty big on my wrist: 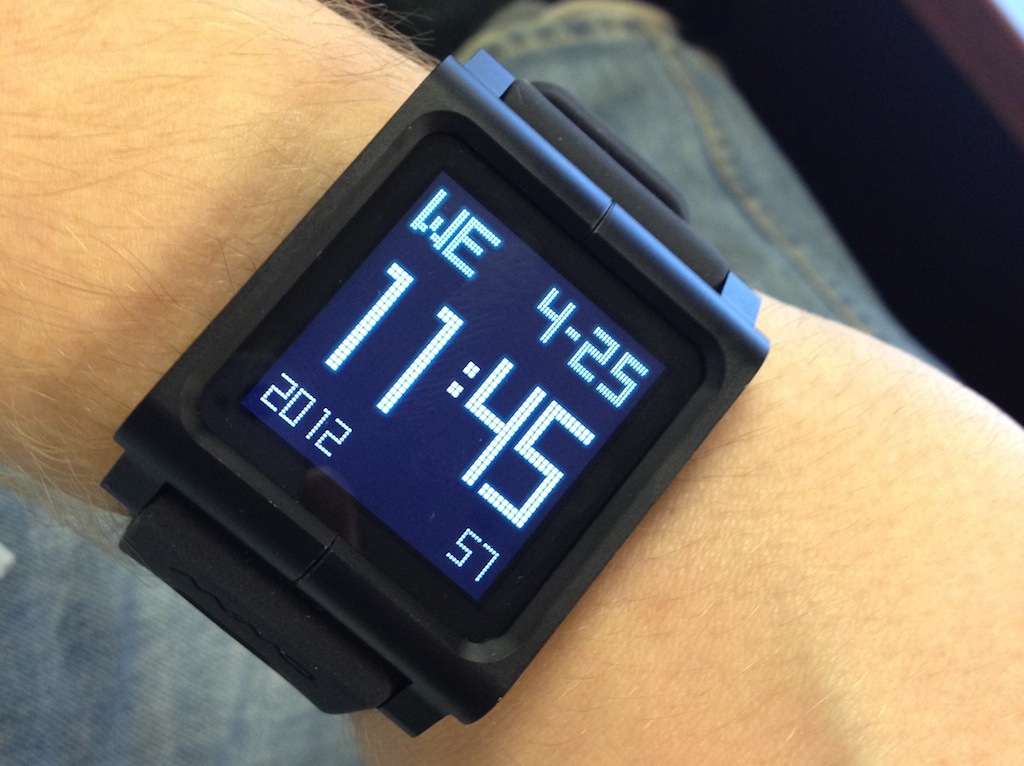 The clasp is easy to work, and there’s a small accessory that keep the excess band from being all floppy. 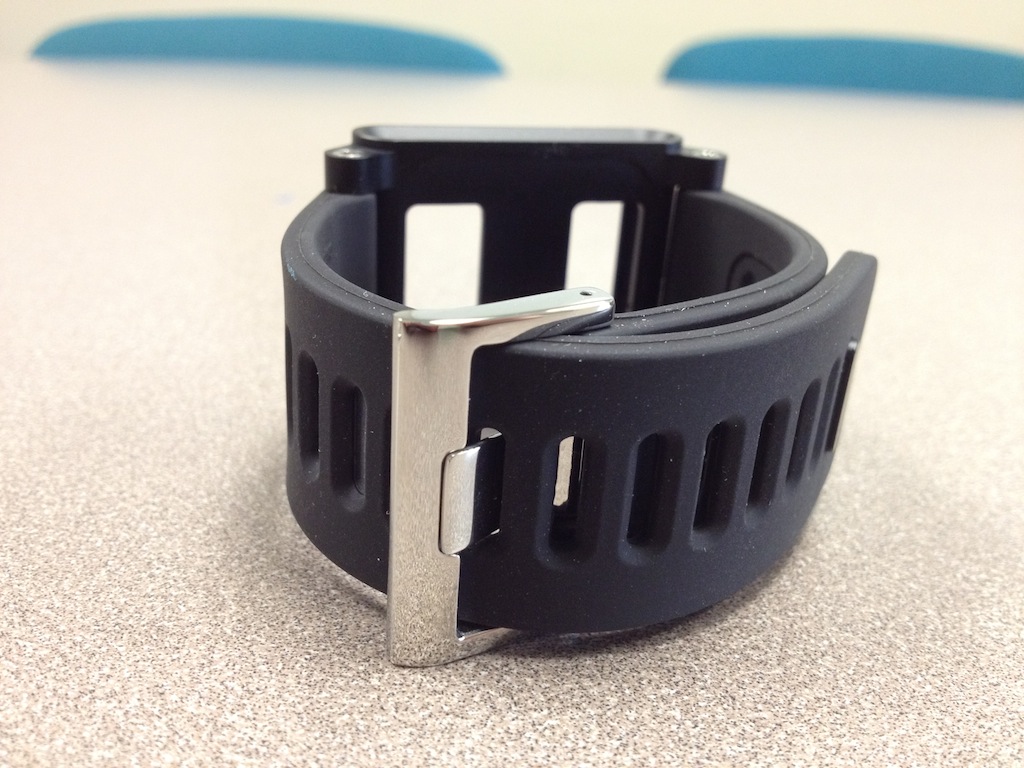 While there are several notches on the band, I found that I need one in between two. Oh well.

In short, the band is well built and handsome.

The promise of the iPod nano as a watch is endless. Lots of people would love to see Apple integrate it with the iPhone, giving the nano a true “smart watch” level of usefulness.

As it stands today, though, the iPod nano makes you look like a secret agent, but one who can’t actually do anything all that cool.

I’ll be going back to the Casio as my daily watch. At least it has a calculator, which the iPod nano lacks. 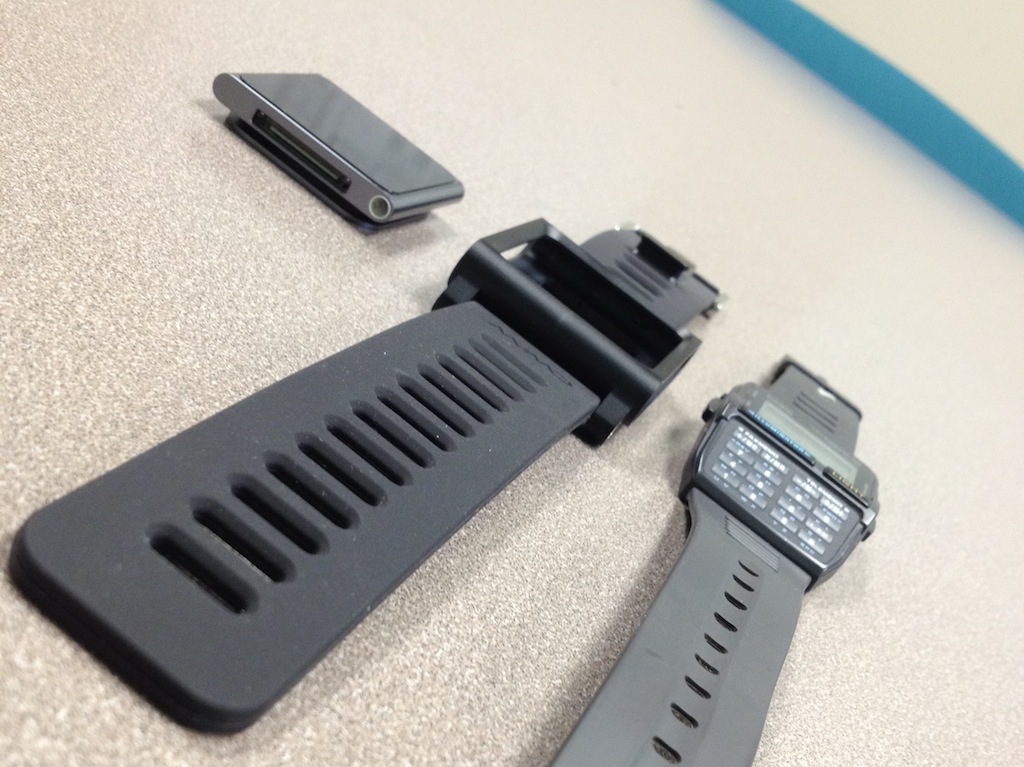