While Apple’s iPod line is world-famous, the company has had a couple of audio products that weren’t such stars. One is much more recent than the other, but both hold a unique place in Apple history. 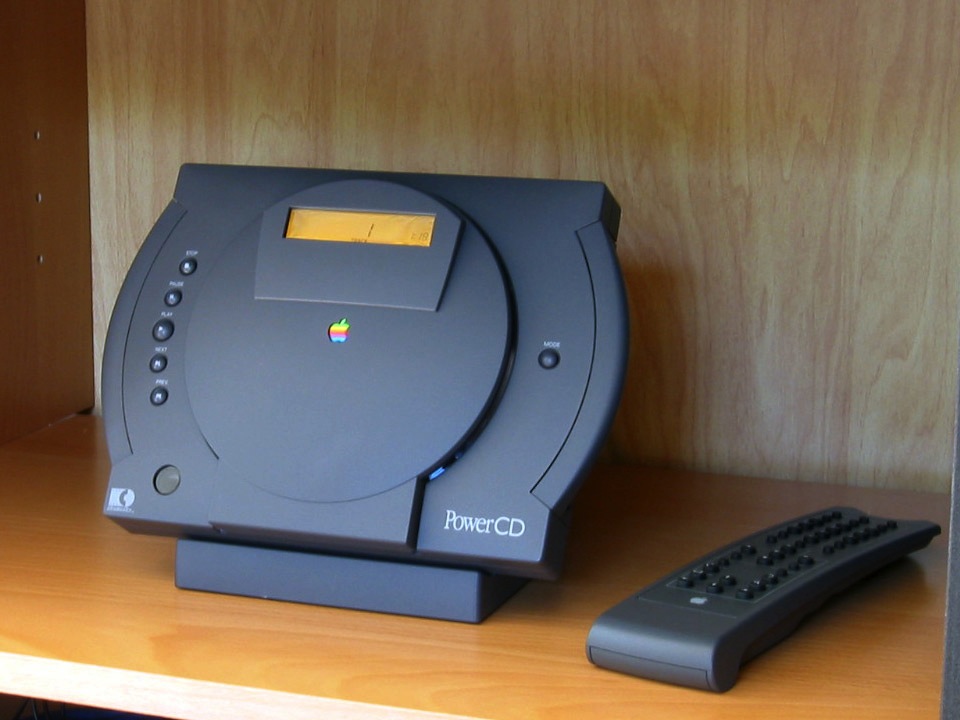 In mid–1992, riding a high from the Newton, Apple’s Industrial Design Group started a sub-group named “Mac Like Things.” The only project to ever come out of the group was the PowerCD, which Apple released in 1993.

It was the first stand-alone consumer device the company had ever shipped, as it did not require a computer for it to operate. Basically a re-branded Phillips player, the PowerCD could be purchased with the AppleDesign Powered Speakers. The original line of speakers didn’t match the PowerCD’s dark gray exterior, but Apple resolved this with the AppleDesign Powered Speakers II in 1994.

2019 Update: The PowerCD was going to come in two colors, but the blue was later cancelled.

The upright optical disc drive could be used with a computer, however, as an external drive via SCSI. It came with a remote, and the whole thing could run on AA batteries for portability.

While it supported PhotoCD (with video being passed to a TV), audio CDs and CD-ROMs, the player ultimately didn’t sell all that well. 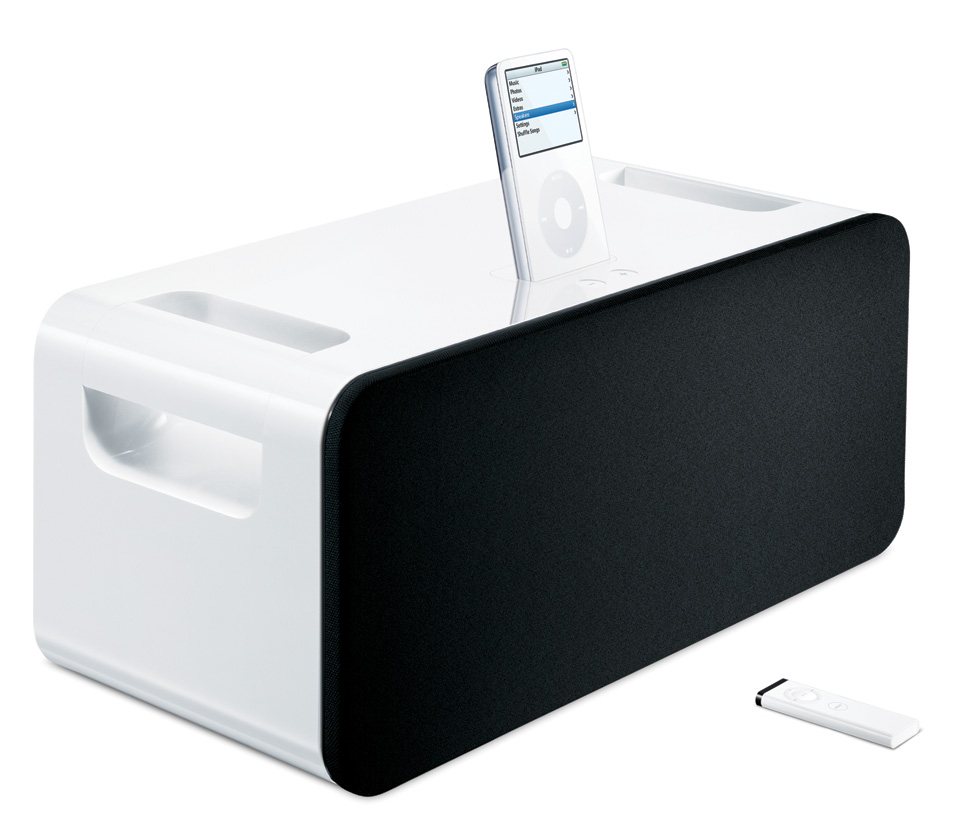 The iPod Hi-Fi was introduced alongside the first Intel-based Mac mini, on stage by Steve Jobs in 2006. Jobs praised it as a new way to make the iPod shine, and touted its state-of-the-art sound stage and speakers.

Like the PowerCD, the Hi-Fi could be run on batteries (six D batteries, in fact). It had a built-in dock and volume controls on the top of the device, with an auxiliary-input on the back. The iPod Hi-Fi can be used with all iPods with a 30-pin dock connector, however it will only charge iPods that support Firewire charging, which Apple phased out several years ago.

The Hi-Fi was an expensive accessory, but most people consider it to have a great sound. The whole thing was sealed shut, with some crazy speaker technology packed inside.

It was only on sale from February 2006 until September 2007, and cost $349. The price was lower than some comparable devices from companies like Bose, but never caught on in the mass market.

2017 Update: To read a lot more about the Hi-Fi, check out this article I wrote on MacStories.