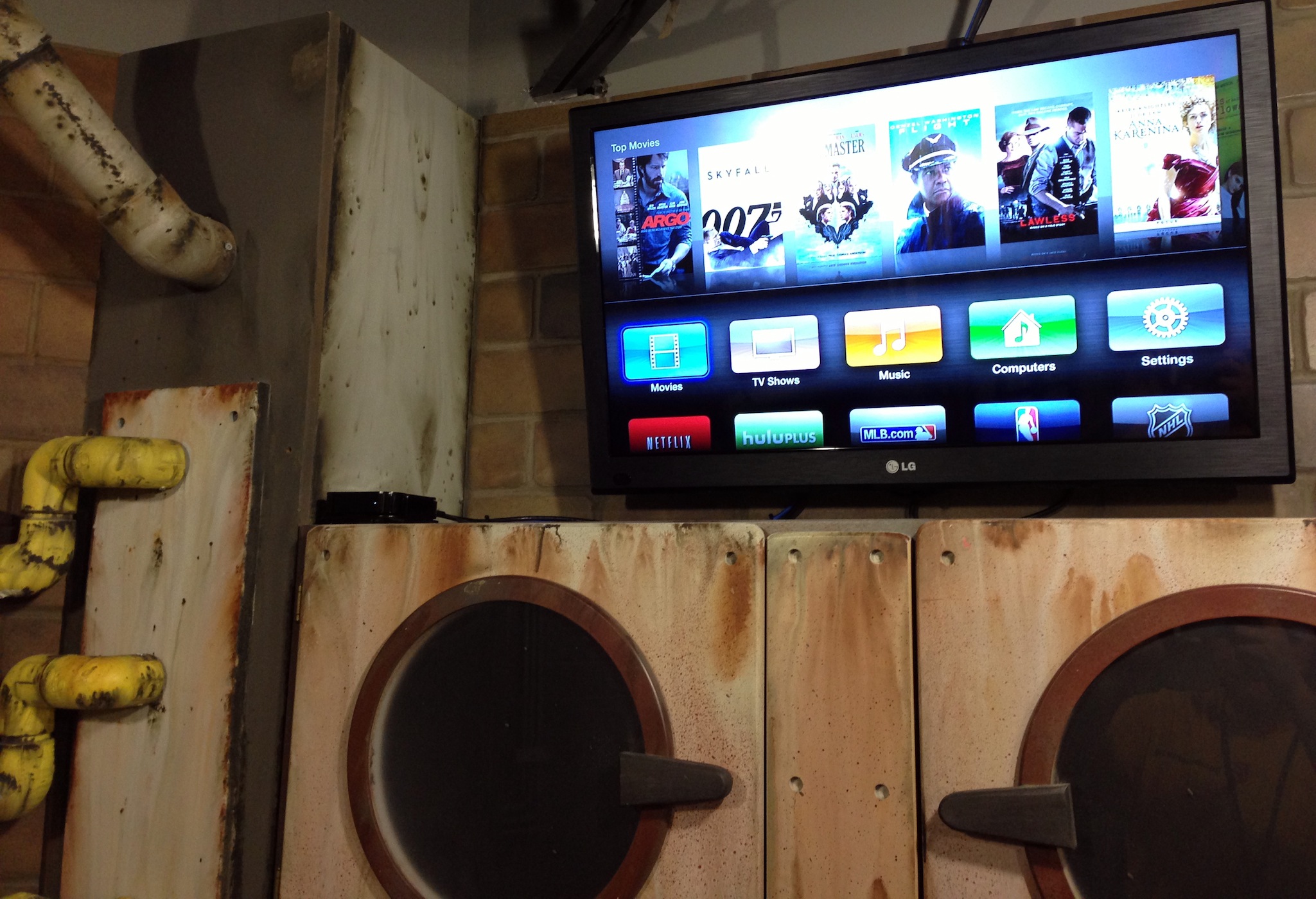 It’s hard not to like the Apple TV. For just $99, it delivers iTunes, Netflix, Hulu, YouTube and more, right to your television. It’s simple to setup, simple to use and simple to troubleshoot. There’s really no reason not to have one as part of your home media setup.

I manage almost 40 of them at work.

We use them in classrooms, conference rooms and sound booths for AirPlay from iOS devices and recent Macs. AirPlay works great — even across VLANs — if you have your network set up well.

I think this is a fairly common use of the Apple TV. While setting up a presentation during a meeting used to involve VGA cables, projectors and fiddling with display settings, AirPlay is just about as frictionless as it can be.

In addition to AirPlay, we use the Apple TVs to show the occasional movie purchased with the company’s AppleID.

However, I’m using 13 of our Apple TVs in a very different way.

We have a large section of our building which houses three floors of obstacle course rooms. These “Mission Rooms” are all heavily themed, and a coach takes groups through the sections, using video to explain what the teams must do to advance. Their tasks may include math problems, science experiments or just a conversation, but it’s all driven from the TV in each room.

While in an early design of this space called for a Mac mini each room, thanks to iTunes Home Sharing, we’re able to serve these videos to Apple TVs from a central library.

(I realized this while in the shower one morning. True story)

Since we have 13 Apple TVs that can all be used at once, we didn’t want iTunes — or the computer hosting the library — to become a bottleneck. To help with this, we installed a pair of Mac minis (with external, Firewire-based RAIDs) to act as the Home Sharing libraries. 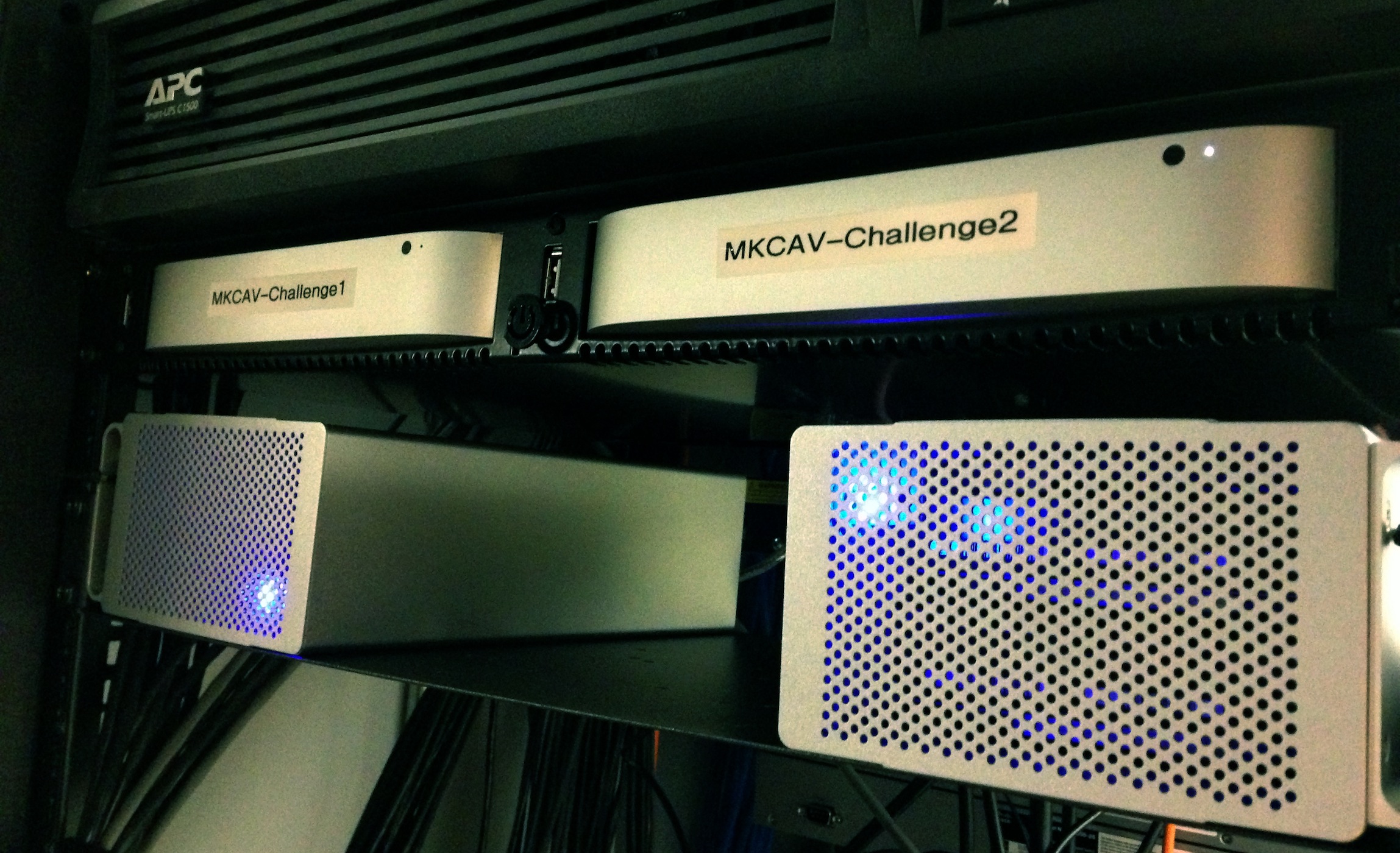 (The Mac minis are housed in this rack-mounted enclosure.)

All a facilitator has to do it select the “Computers” menu on the Apple TV and find the video they need to play. Since we’re using two different IDs, the load is balanced between the two machines and their libraries.

Sadly, this system isn’t perfect, and most of the issues stem from iTunes itself. Occasionally, I’ll have an Apple TV be unable to connect to the library, which will require me to restart iTunes on that Mac mini. The Apple TVs also struggle sometimes to pull up the photos I’ve shared from iTunes and set as their screen savers.

Additionally, setting up this many Apple TVs was a pain. There’s no real way to manage them in bulk, so I end up walking around to make network or setting changes manually on them. At least it’s good exercise.

All in all, however, I’m pretty pleased with Apple’s set-top box. It has its limitations, but for my specific purposes, it gets the job done most of the time. Combined with its low cost and ease of use, it’s hard to argue with using them all over the place, despite the headaches.