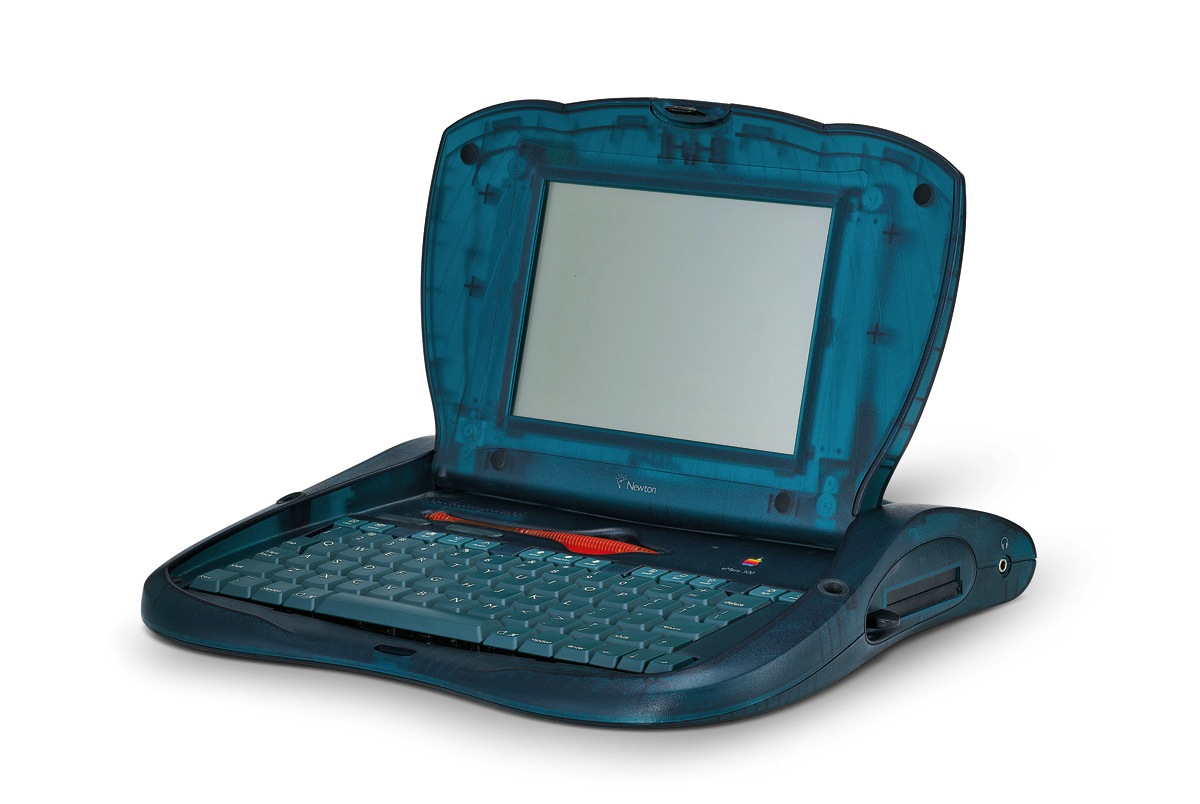 Anyone who has been following technology since before the Dawn of the Smartphone should remember the Apple Newton. The handheld device was sold from 1993 to 1998, and is regarded as being ahead of its time.

The family of devices all came equipped with (eventually) decent battery life, handwriting recognition and a pen-based UI, and all ran the Newton OS.

Apple didn’t just keep Newton OS confined to glowing green handheld devices, however. In November 1997, just four months before the entire project would be shut down, Apple shipped the eMate 300.

Instead of being a tablet-like device, however, the eMate 300 resembled a small laptop. At 4 pounds and 12.0“x11.4”x 2.1", the eMate 300 was only a little larger than the downright tiny PowerBook Duos. It rocked a nicely-sized keyboard on the lower half of its semi-transparent green clamshell. Apple even included several places to store the stylus.

(The eMate’s design came back around with the iBook G3.)

The eMate housed an infrared port, and standard Macintosh serial/LocalTalk ports, making it easy to connect to a Macintosh.

That’s the genius of the eMate, really, as Apple built it with education in mind.

Here’s the first paragraph from the original product specification announcement:

It is designed to take the rugged lifestyle of a student’s computer in K–12 secondary education. For example the keyboard has no circuitry hidden under it and thus avoids and potential ‘Pepsi syndromes’ that might result from drinks spilling on it. In addition, the shell incasing it is designed to survive spills of the drop and bounce type. If the screen or keyboard is damaged, both are designed for easy removal and replacement. The software inside it is also designed to adapt to the classroom environment and use wireless IR and client-server approaches to fit in and adapt to the high school environment.

(Don’t miss the Pepsi/Scully reference in there.)

Here’s Allen Pepper, in an interview at Low End Mac:

I set each student up with their own account and password. On each cart, I have an Apple StyleWriter and LaserWriter, so they can print whenever they want. They use them when we go to the library to take notes for any project that they may have. They are able to make charts and graphs on them to include in their assignments.
When they are finished with their work, they like to use the beaming function as an instant messaging tool. This feature really attracts them to the device – especially when they use it to print a document.

The iPad’s success in education really feels like an echo after reading about the eMate 300.

Like its Newton cousins, the eMate can still be used today. While it isn’t as powerful as portable as the Newton, it holds a special place in my heart, and in any conversation about the history of mobile computing.