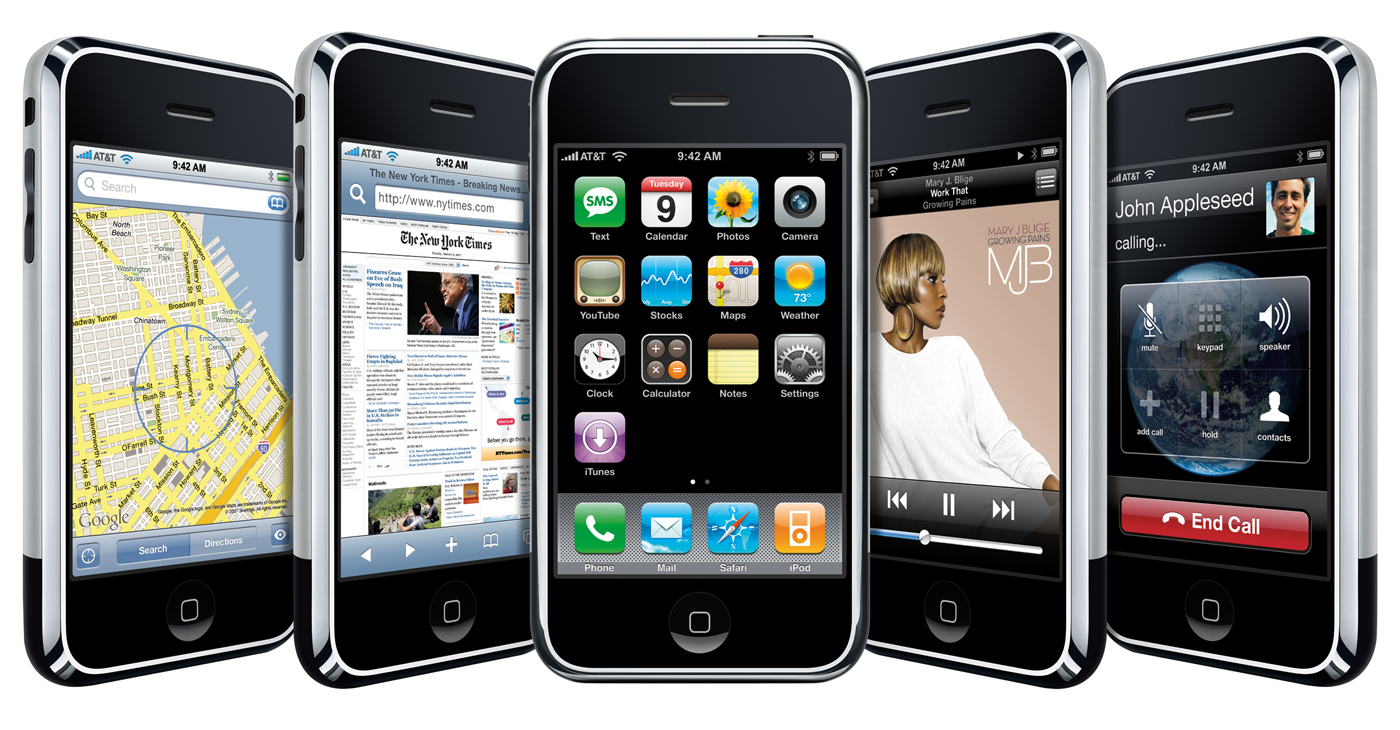 I was an Apple Genius-in-training and working part-time on the sales floor at the local Apple store when the first iPhone went on sale six years ago today.

And boy, was it a circus.

The iPhone went on sale at 6 p.m. local time. Our store — like all others — closed four hours before the event. In those four hours, everyone in the store was assigned a job, after heavy black-out curtains were hung over the floor-to-ceiling glass at the front of the store.

Geniuses were reading technical documents about the device and AT&T’s activation process, while the rest of us were helping the Visuals guys re-set the entire store. New graphics panels went up, iPhone cases and accessories replaced rows of Mac software, and all of the front-most tables were re-worked, with new wiring, security cables and — of course — the demo phones.

The demo iPhone I unboxed was the first iPhone I’d ever seen. I just turned it over in my hand, over and over several times before turning it on. When I did, I was blown away.

Of course, this was before the iPhone could run the fancy in-store demos customers are used to seeing today. In fact, these phones had live, active SIMs in, so I called my wife, bent over a table, as the iPhone was tethered to the security system. I loaded a few websites and scrolled through the Settings app before handing it off to someone else.

Around 5, I helped the security guys put up additional stanchions for crowd control. As the Memphis Apple Store is at the center of an outdoor mall, we had to load the stanchions on a cart and push them a ways around the building. By the time we were nearing the end of the building, I could hear the crowd.

There were hundreds of people, lined up in the Friday afternoon heat. News vans were pulled up to the sidewalk, and the guys who had been camping out for 72 hours sure looked happy. We put up the additional barriers, and I got a bunch of high-fives and questions about the iPhone while heading back around the building.

At 6 p.m., we pulled down the black curtains to a roar from the crowd. A moment later, the doors opened.

We sold the iPhones from the Genius Bar at the back of the store.[1] People streamed in, came to the Bar, and back out the other side of the store. If anyone needed something besides a phone, they had to be accompanied by a sales person.

Customers were required to activate their iPhones in-store, which went fairly smoothly until 8 p.m., when stores in the Pacific Time Zone came online, bringing both iTunes and AT&T servers to their knees. Thankfully, Apple allowed us to send customers home to wait for their activations to complete.[2]

While the iPhone would be sold out for months over the summer of 2007, we didn’t sell out, and in fact, things were pretty calm after the first several hours.

While Apple would give employees iPhones, it took several weeks. A few employees purchased on launch day, becoming the envy of the rest of us.

The few weeks after the launch were pretty quiet at the Genius Bar. At the time, we were replacing iPhones for just about anything — including accidental damage — as part of Apple’s capture program, which looks at a wide range of issues and problems after new products are launched. We struggled with local AT&T stores not being equipped to handle things like simple SIM card swaps, but got to know the local customer support team, and ironed out some issues on that front for our customers.

In hindsight, I can’t believe the original launch was only six years ago. The iPhone and the surrounding ecosystem has exploded in popularity in the time since, and today, it is Apple’s main breadwinner. I was glad to have been on the front lines for it.