My buddy Bradley’s article on smartphones and photo management has been making the rounds this week. Here’s his premise:

If you grab a co-worker’s iPhone and they have 2500 photos on the camera roll, then you know they don’t. They’ll just keep taking photos and assume “the cloud” or whatever is backing it up. For a time, it is. That is until their backup hits the mythical 5GB mark and iCloud starts pestering them to remove data or buy more space. Some people buy more space, but most just continue to ignore it and hope Apple has their back. I hate to break it to them after their iPhone takes a swim in the lake, but they don’t. Multiple companies are stepping up and trying to solve this problem in different ways, though.

Bradley lists Dropbox,Google+ and Everpix as solutions to the problem of backing up the iPhone’s Camera Roll.

About a year ago, I exported all my photos form Aperture and started storing them on Dropbox.

I’ve really come to enjoy this setup. I have access to all of my photos as long as I have an Internet connection. They are safe and sound not only in Dropbox, but on both of my Macs, their Time Machine Backups and their respective CrashPlan accounts. 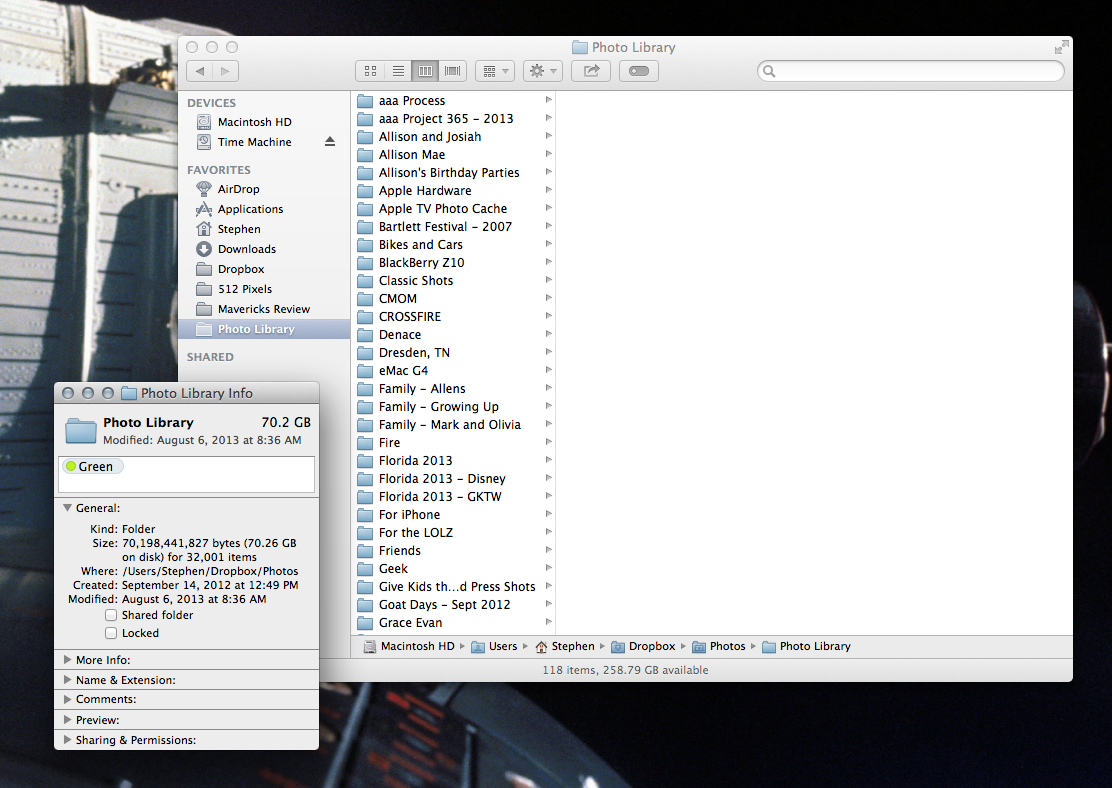