EDITOR’S NOTE: This post is now outdated. Visit my gear page for a more current setup.

I get asked about my podcasting gear from time to time, and as I posted a picture of my at-the-office-where-I-record desk online earlier today, I thought I could write up what I’m using.

I would like to note that this is in no way the gear you have to use for your show. I’ve built up my equipment over time, and as both of my shows generate income, I’ve felt like I can justify the expense.

If you are on a budget and if your room where you record is really isolated, the Blue Yeti does a great job for the $150 price tag. If your room is echoey or noisy, you can pick up some soundproofing tiles pretty cheaply these days. 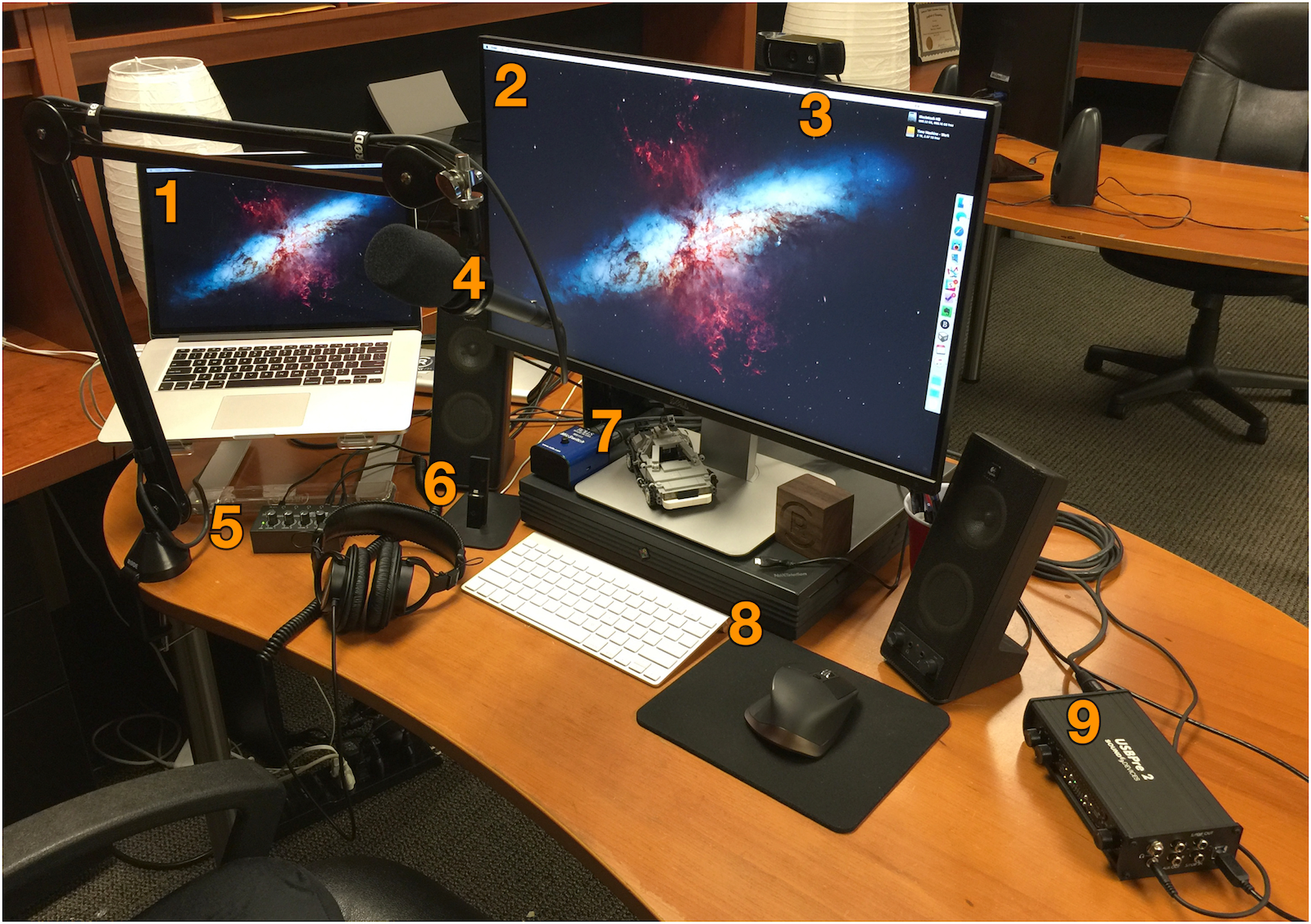 So I don’t have to end this list with that terrible joke, I’ll close with this: a good podcast is about much more than the equipment that turns your voice into ones and zeros. I believe audio quality is a big factor, but having good content and a commitment to the craft — and to a release schedule — are just as important.