The other day, I published this image, which was Apple’s approach to the Mac product line for several years after Steve Jobs came back: 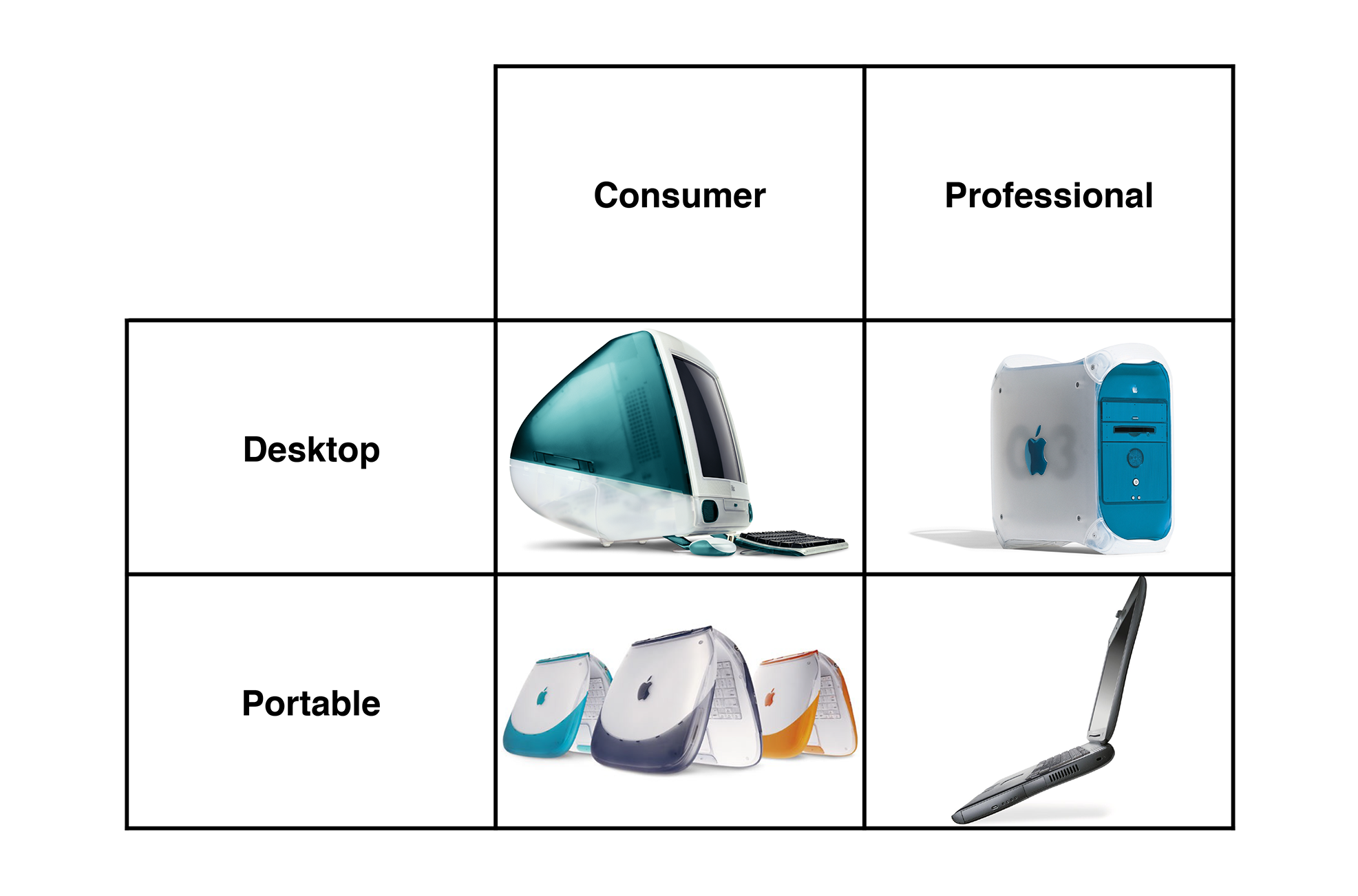 Of course, that isn’t how things are shaped now. A couple of readers wrote in suggesting something along these lines, which had been rattling around in my brain as well: 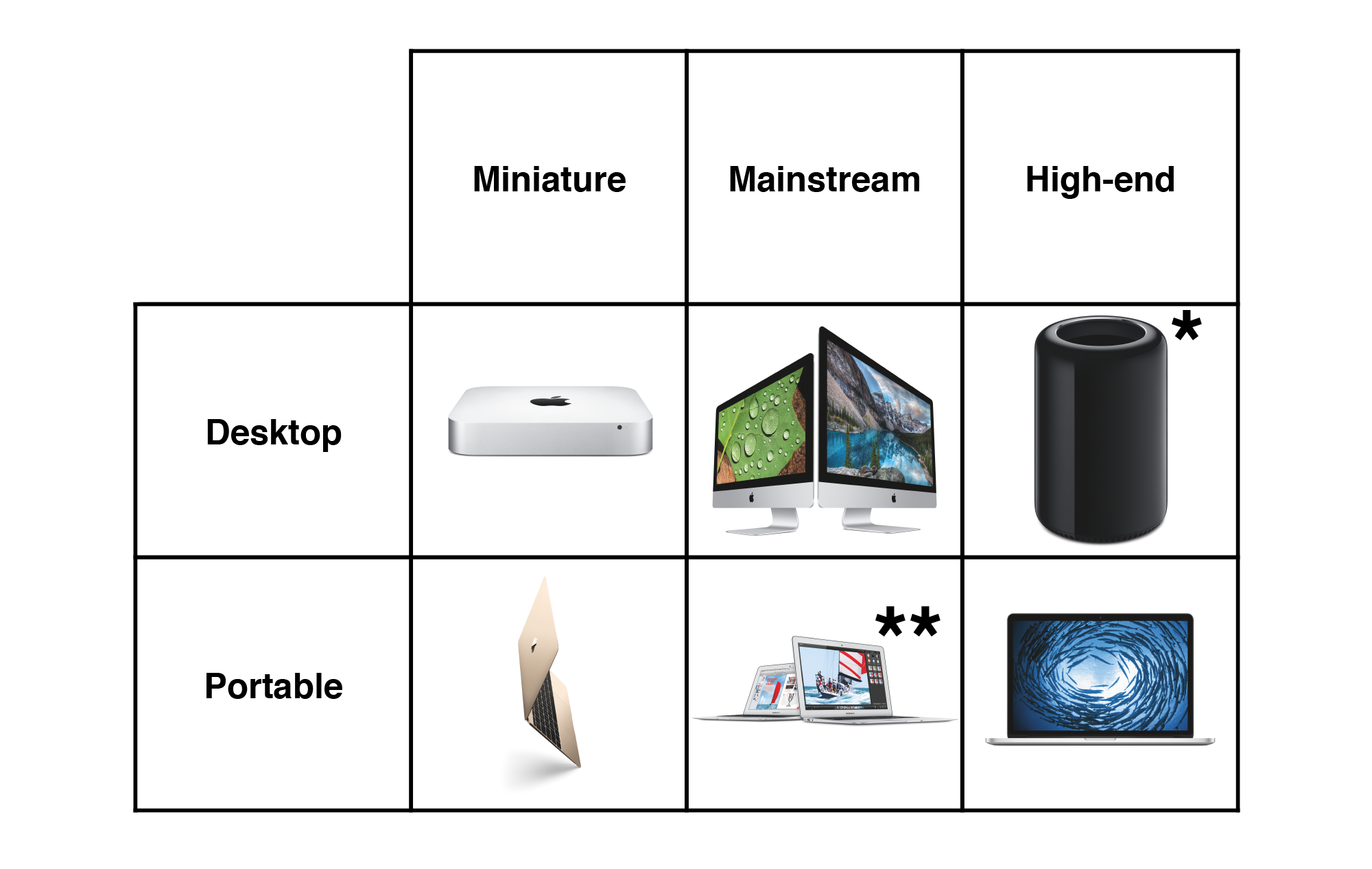 At first pass, I though this Grid of 6 explained the Mac lineup pretty well, but it really breaks down in the details.

(We’ll get to those asterisks in a few moments.)

In broad strokes, I think this reflects what Apple is doing with the Mac. There are three products in both the desktop and portable lines.

Within each family, there are variations on the products — the two sizes of MacBook Air, iMac and MacBook Pro — but for the most part, things have their place.

The categories are where things get more interesting. This approach loses the old “Consumer” and “Professional” labels, blurring the lines a little bit more into what I’ve clumsily named “Miniature,” “Mainstream” and “High-end.”

The categories aren’t perfect, though. This is where the Grid of 6 breaks down. As I wrote in that piece the other day, this is most evident with the iMac, which can span from a rather mediocre machine for a home office all the way to being the heart of an audio or video studio. The Mac Pro earns an asterisk for still being considered the high-end desktop machine, even though the 5K iMac is nipping at its heels.

Then there’s the MacBook Air, which I’d bet money on going away at some point in the next year. As the MacBook gets faster and the 13-inch MacBook Pro gets thinner and lighter, the Air will simply get squeezed out of the product line altogether.

That’s the problem with grids like this today. Apple’s product lines are just too complex and too nuanced to sketch out on the back of a napkin.

I’m not convinced this is a problem for the company, though. When Jobs came back, he had to tell the story that Apple was on top of its game, and a large part of that story was straightening out the mess the Mac line had become. With four main computers, it was easy to understand what Apple had for sale.

Today, the world is more complicated, and consumers want more options. Some want the most powerful notebook possible, while others value lightness and thinness above all other things. There’s a Mac for almost everyone now, and that’s a good thing, even if it’s a little harder to capture in a simple graphic.