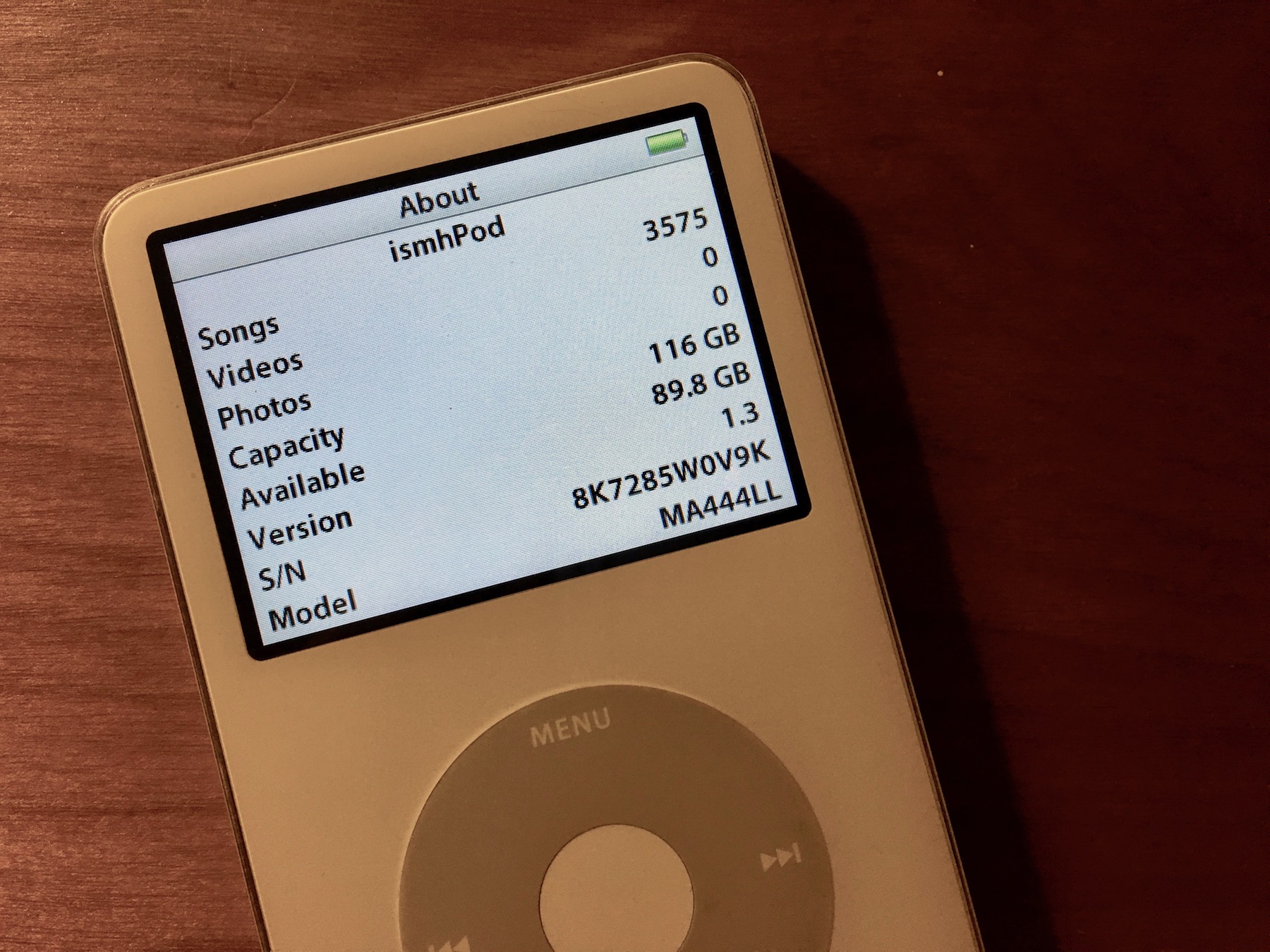 I have an iPod classic that I keep loaded with music, but there’s something about the 5th generation “video” iPod that really speaks to me. I have both a white and a black one in my collection, so I thought it’d be fun to upgrade one of them.

In addition to a new battery, I replaced the 30 GB hard drive with a 128 GB SD card via a third-party part called the Tarkan iFlash.

The iFlash is a small black card that holds an SD card inside the iPod. It plugs into the cable used by the standard hard drive, and is shaped to snap directly into the iPod’s case.

Opening iPods is unpleasant. Even with previous experience and the tools iFixit shipped with the battery, I ended up cutting across the back of one of my fingers. Patience is a virtue here.

Replacing the battery involved prying the old one out of the case slowly. The adhesive used is made of some type of ancient magic. Once the battery was in, I unplugged the old spinning hard drive and placed the iFlash into the case, SD card pre-installed. It’s shaped to fit into the chassis cleanly, and once the data cable was set, I buttoned everything up by popping the iPod closed again.

I powered up the iPod and plugged it into iTunes. After a quick restore, it showed up as a regular iPod and synced music and photos without any issues.

The finished product is a stock-looking iPod that weighs a noticeable amount less than the other 5th generation I own. With no moving parts and a new battery, it should be in good shape for years to come.

Of course, in a world of 256 GB iPhones and streaming music services, this is all a little silly, but it was a fun way to spend an afternoon, and now I have a cheap, reliable iPod with all of my music on it I can leave wired up in my car.