This is a guest post by Thomas Brand, my friend who blogs over at the Newton-themed Egg Freckles. This is my favorite Apple display ever, so I was thrilled when he sent me this article.

If anything on Twitter is to be believed, Apple is out of the standalone display business. Turning the page of history on a product line almost as old as Apple itself. From the Monitor // with its internal vertical-swiveling frame, to the AudioVision Display that combined video, audio, and ADB under one cable, Apple has often used the latest advancements in ergonomics and connectivity to differentiate their standalone displays.

I mean, just look at this thing: 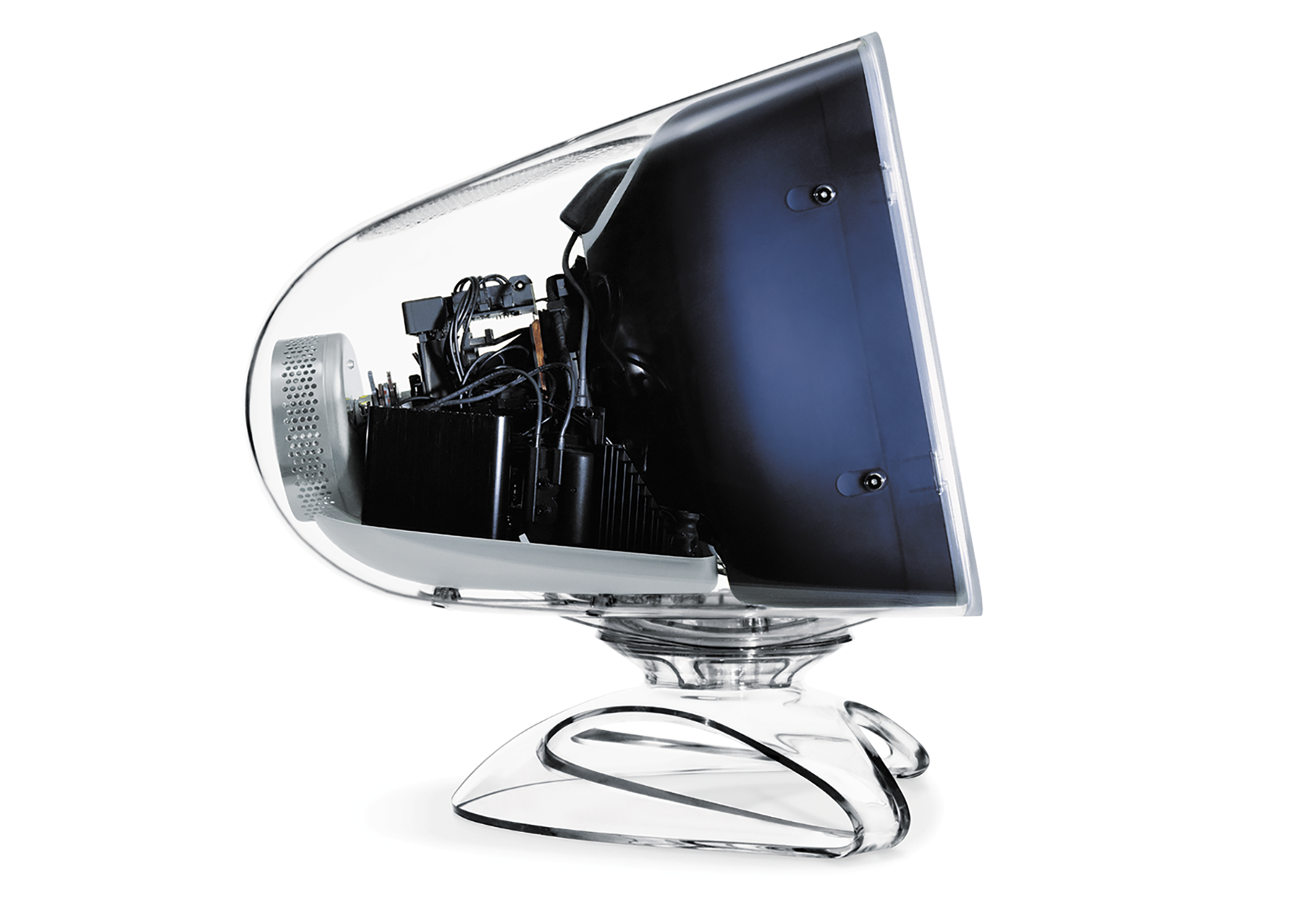 Introduced in July of 2000 the Studio Display (17-inch ADC) cost $499 and replaced the Blueberry and Graphite 17-inch Studio Displays that came before it. Built for the Power Mac G4 (Gigabit Ethernet) and Power Mac G4 Cube, its proprietary Apple Display Connector supplied video, USB, and power over a single cable that prevented it from being used on other Macs without a $99 adapter.

Removing the power supply from a CRT monitor would seem like a fruitless effort to most computer manufacturers. They would simply conceal the additional electronics inside the monitor’s already bulky frame. But Apple made the Studio Display (17-inch ADC) different from any other display that has ever shipped. Instead of hiding the display’s guts inside opaque plastics and metal shields the 17-inch ADC has a crystal clear case that allows anyone to see the internal workings of the Naturally Flat Diamondtron CRT suspended inside. By revealing all, the Studio Display (17-inch ADC) has nothing to hide. Its transparency and minimalism is pure Apple.

Despite all of the extraneous components the Studio Display (17-inch ADC) leaves behind, it still included some features unmatched by later Apple displays. The Studio Display (17-inch ADC) was the last Apple display to be supported on a stand that not only changed pitch, but rotation as well. It featured ColorSync internal color calibration that was rated for the life of the monitor, and a Theater Mode which automatically “increased screen brightness for enhanced viewing of full screen iMovie, DVD or QuickTime content” in Mac OS 9. Its brightness, viewing angle, and contrast, are unmatched by conventional LCDs, and it supported more resolutions than most flat panels with none of the pixel interpolation inherent to digital monitors.

With unparalleled black levels and lightening quick response times there are still benefits to CRT displays today, but the Studio Display (17-inch ADC) was a tough sell compared to more attractive flat panel offerings Apple. It was discontinued on May 21st 2001, less than eleven months from when it was released.

Some might call it a failure, but looking over Apple’s entire product catalog it is hard to find a design that more uniquely Apple. The Apple Studio Display (17-inch ADC) was a compromise between the technology of the past and the technology of the future. A design challenge today’s Apple would not dare to attempt.