Apple had a lot of whacky ideas in the 1990s, but the weirdest one may be the Apple Cafe concept. 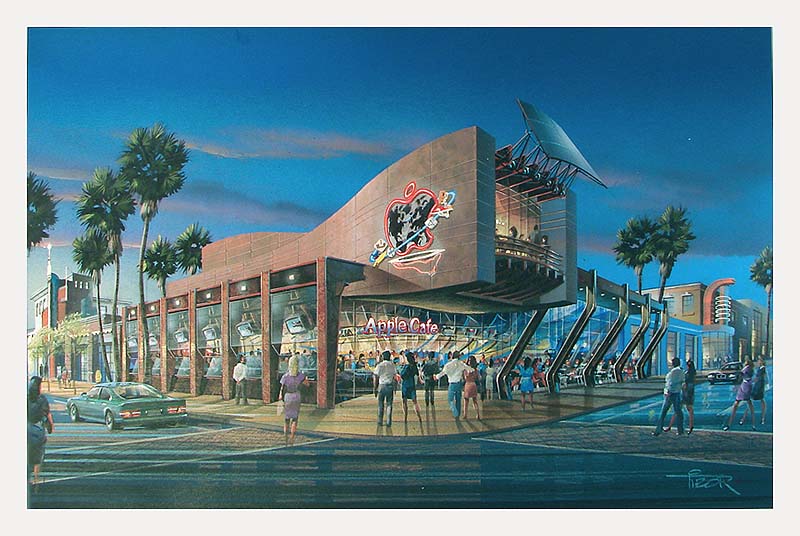 Apple Cafes were announced in 1997, and were set to open in Los Angeles, New York, London, Tokyo and beyond.

“The time is right,” said Satjiv Chahil, senior vice president of marketing for Apple, in a telephone interview. “Cybercafes are in. The technology finally is reaching out to ‘the rest of us.’ This will be a place to showcase our products in the real world.”

The cafes could also help solve the “shelf-space problem” that Apple has in raising the profile of its products against Microsoft and others. Details such as how much people will pay for Net access still have to be worked out, he said.

The L.A. location was going to be 15,000 square feet of dining, browsing the web and videoconferencing. Here’s Pelline again:

The deal is part of Apple’s effort to license its brand name more widely and, at the same time, promote its computer products. In the company’s eyes, cybercafes offer the perfect venue. They are thriving through the United States and Europe as many users find that they can surf the Net and socialize at the same time. Some cybercafes charge a membership fee, such as $10 per year, and offer Net access for 18 cents per minute. 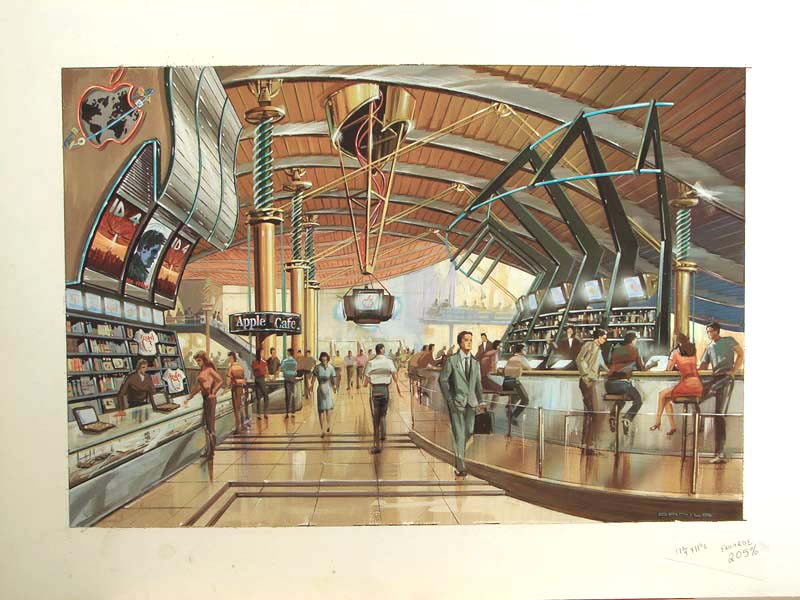 With 20 years of hindsight, this idea is pretty laughable. Internet cafes enjoyed a very brief moment of success before fading away. Apple would solve its “shelf-space problem” with the Apple Store, launched by Steve Jobs and Ron Johnson in 2001.1

Thankfully the plan was scrapped by December 1997.

I think we all know who killed it.