As we learned this week, the 2013 trash can Mac Pro is going to … well … the trash can. Apple has promised a new “modular” Mac Pro for sometime after 2017.

In the light of this news, I thought it would be interesting to look back a model, to the “cheese grater” Mac Pros Apple sold from 2006 until 2013. It was a flexible, expandable, powerful desktop computer. 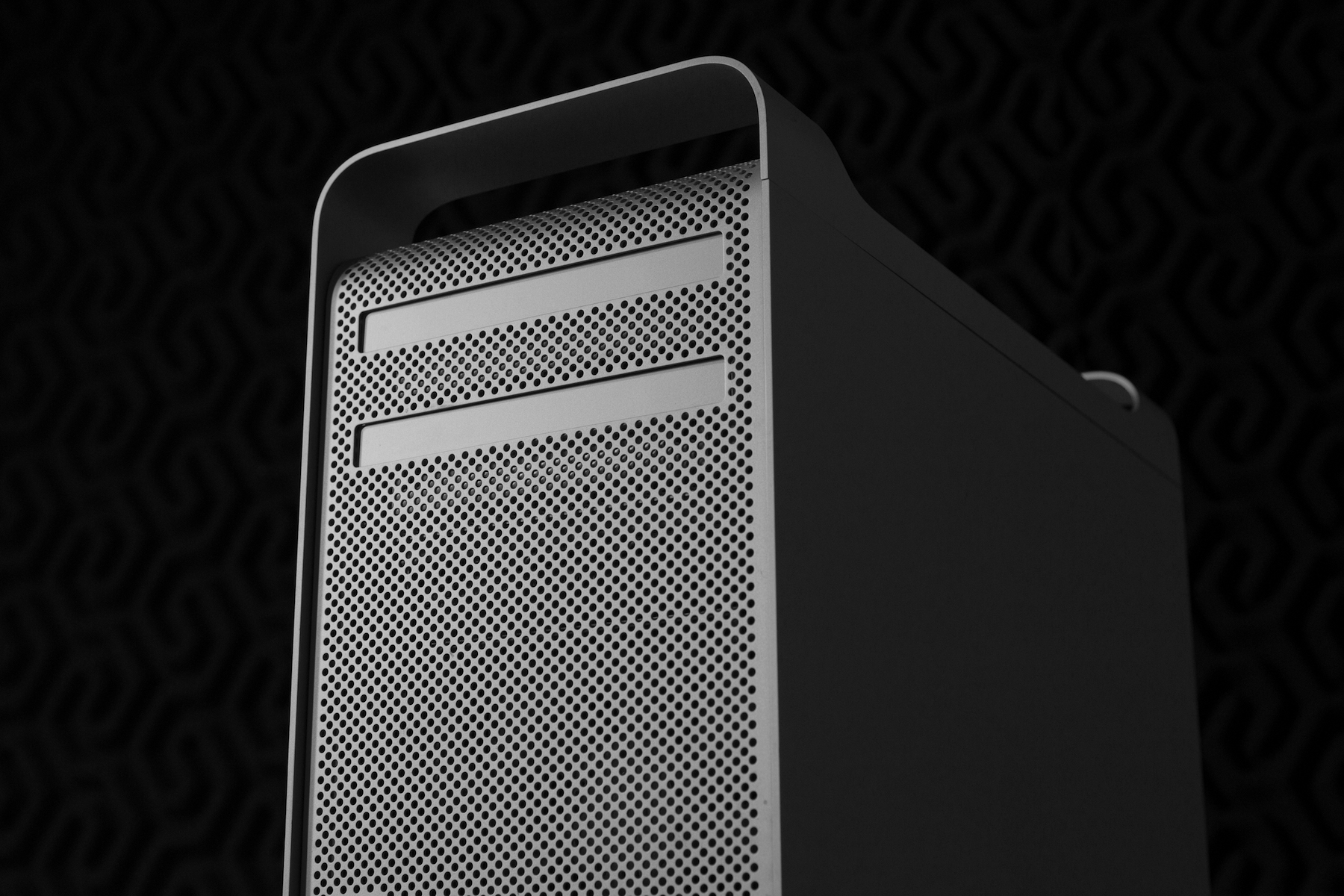 The Mac Pro was introduced at the tail-end of the Mac’s transition to Intel chips back in 2006. It was designed to replace the Power Mac G5, which had been serving pros for several years.

The Mac Pro used the same external case,1 complete with the cheese grater look on the front and back, but the inside was all new, as Phil Schiller spoke about at WWDC 2006:

The new desktop used Intel’s “Woodcrest” Xeon chips, in speeds up to 3.0 GHz, a number that eluded Apple and IBM in the PowerPC days. Schiller praised the Xeons for being far more efficient than the G5. The Mac Pro offered twice the performance of the Power Mac G5 while running much cooler, and without the need of the kilowatt power supply in the quad-core G5.

This efficiency allowed Apple to drastically redesign the interior of the Mac Pro:

The G5 required a system of nine computer-controlled fans, and later models came complete with liquid cooling modules. The Xeons ran cooler, so Apple had more room for goodies.

The Mac Pro came with 4 hard drive carriers. A user just had to screw a hard drive to the carrier and slide it into place for the system to see it. For those who wanted it, a second optical drive could be installed as well.

Like the G5, it came with 8 RAM slots and was upgraded to a total of four PCI Express slots as well.

When the Mac Pro first went on sale, Apple offered a single SKU for $2,499:

The Mac Pro could be configured in countless ways on Apple’s online store, of course, with faster (or slower) Xeons, more RAM and storage, a better card, AirPort and Bluetooth cards and a second SuperDrive.

All of the original Mac Pros were quad-core machines, but in April 2007, Apple launched a new high-end model at $3,997.

The Mac Pro saw updates in January 2008, then again in March 2009 and July 2010. With each revision, the tower became more powerful, moving from “Harpertown” chips in 2008 to “Bloomfield” and “Gainestown” in 2009. By the time 2010 rolled around, Apple was offering three SKUs in its Good/Better/Best arrangement. These machines used “Bloomfield,” “Gulftown” and “Westmere” Xeons, respectively.

The Early 2008 Mac Pro was the first to officially support 32 GB RAM, even though users were having luck with that much memory with older machines.

The Early 2009 Mac Pro brought with it Intel’s Nehalem architecture. While the clock speeds don’t show it, these towers were noticeably faster, especially for multi-threaded applications. They also supported higher RAM ceilings than earlier models, as the quad-core machines could address a whopping 128 GB of memory.

The Mid 2010 model is the oldest Mac Pro supported by macOS Sierra. Apple introduced a $4,999 12-core model for the first time in this generation, as well as a build-to-order option for a SSD.

The Mid 2010 Mac Pro had a sibling: the Mac Pro Server. Announced in November 2010 as a semi-replacement for the outgoing Xserve, this tower came with a license for Mac OS X Server, a 2.8GHz quad-core processor, 8GB of RAM and two 1 TB hard drives. Apple would also ship a version of the Mid 2012 Mac Pro with the Server designation.

2011 marked the first time that Apple “missed” its schedule for Mac Pro updates, and users noticed. Here’s Marco Arment in 2011, responding to a report that Apple was questioning the need for a Mac Pro:

The Mac Pro was a tough sell to anyone but the most demanding users even in 2008. Today, even fewer buyers can justify it and it’s a worse deal relative to the rest of the Mac line. The Xeon E5 isn’t going to help either problem.

I bet we’ll see a minor Mac Pro update to use the E5 CPUs whenever they’re available (probably within the next few months). But it wouldn’t surprise me if that’s the last Mac Pro. It had a great run, but the tower is over.

Around this time, the iMac was making great strides, as I wrote in May of the same year:

The Mac Pro used to be the obvious choice for anyone who needed power or expandability. It really was a no brainer. If you need brawn, Apple’s only tower was the only choice.

Clearly, the first factor has become less of a differentiator as iMacs have become increasingly powerful. There are very few things that an iMac can’t do smoothly at this point. While some still need all 12 cores that the muscular Mac Pro offers, the Sandy Bridge chipset in Apple’s all-in-one is enough horsepower for just about everyone. People that just barely needed a Mac Pro for the power would be fine getting an iMac now. The new desktop can even support two displays out, something that only the Mac Pro could boast until this week.

Updated may be too strong of a word, as James Galbraith wrote for Macworld:

The new Mac Pros released at WWDC 2012 represent a speed bump, plain and simple. The new Mac Pros use the same, highly-upgradable case design, the same graphics cards, and even the same version of USB as the last iteration. And while the Macworld Lab’s test results show the new Mac Pros to be considerably faster than those systems the new Mac Pros replace, it is hard to swallow new “pro” systems that lack Apple’s fastest connection, Thunderbolt, released on MacBook Pros 16 months ago, and USB 3.0 support that arrived on the new MacBook Air and MacBook Pro.

The machine was met with such dismay that Tim Cook wrote this in a customer email the same day they were released:

Although we didn’t have a chance to talk about a new Mac Pro at today’s event, don’t worry as we’re working on something really great for later next year. We also updated the current model today.

That “really great” machine is the one the company just apologized for and then said it was replacing.

Time really is a flat circle.