For years, users have been able to make suggestions from within Apple’s Maps app about mislabeled or incorrect information.

Last week, I submitted my first comment. Apple was showing a baseball stadium in Memphis as a landmark. The problem was that the park was torn down in 2005.

I noticed it, and filed a report that the stadium was nothing more than a field now. Last night, I got a push notification: 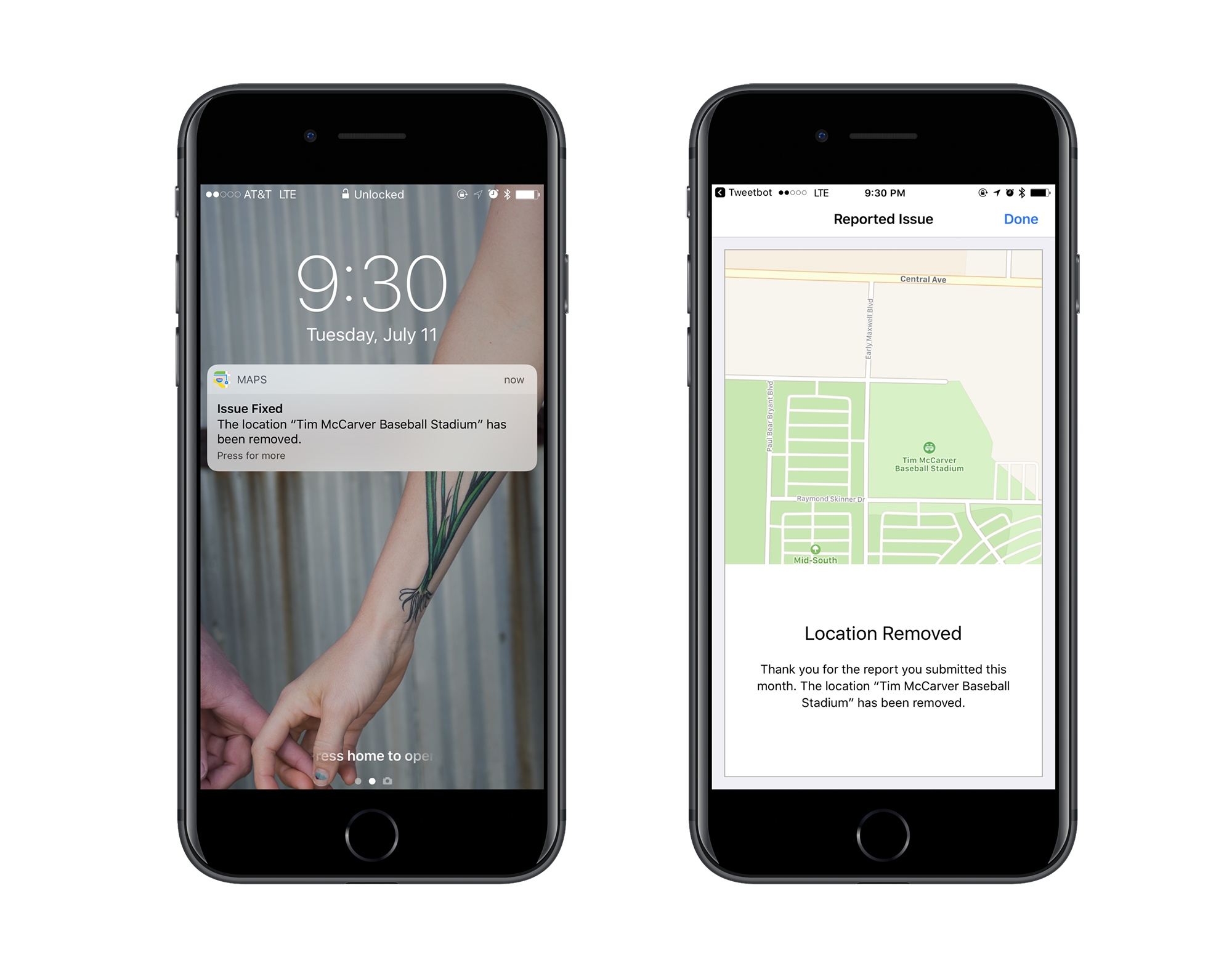 When I looked at the map itself, Tim McCarver Stadium was still present. I figured this stuff is probably cached, so I checked back this morning, and sure enough, the stadium is no longer listed as a point of interest when panning around the map.

However, it still appears in search results, and the outline of the ball park is still present on the map tiles, despite having been missing from any satellite view captured in the last decade. 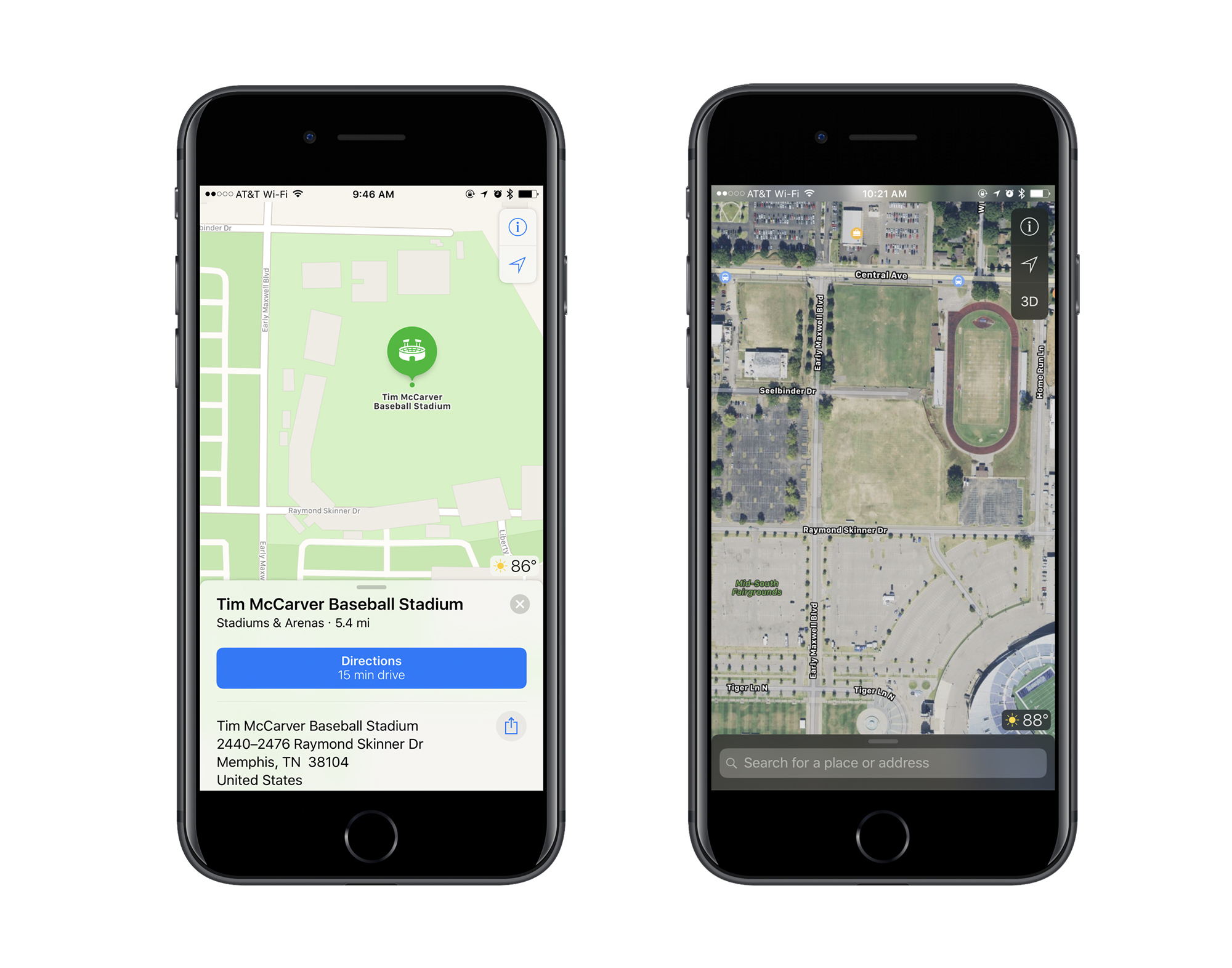