I’ve gotten a couple of iMessages from people mocking Craig Federighi’s struggle to get Face ID to work on his demo iPhone X in today’s keynote.

As you can see around the 1:35:58 mark in this video, Federighi picked up the phone but Face ID didn’t unlock the iPhone, mere moments after he praised its ease of use.

He put the phone back to sleep and looked at it again, but the phone greeted him with this screen: 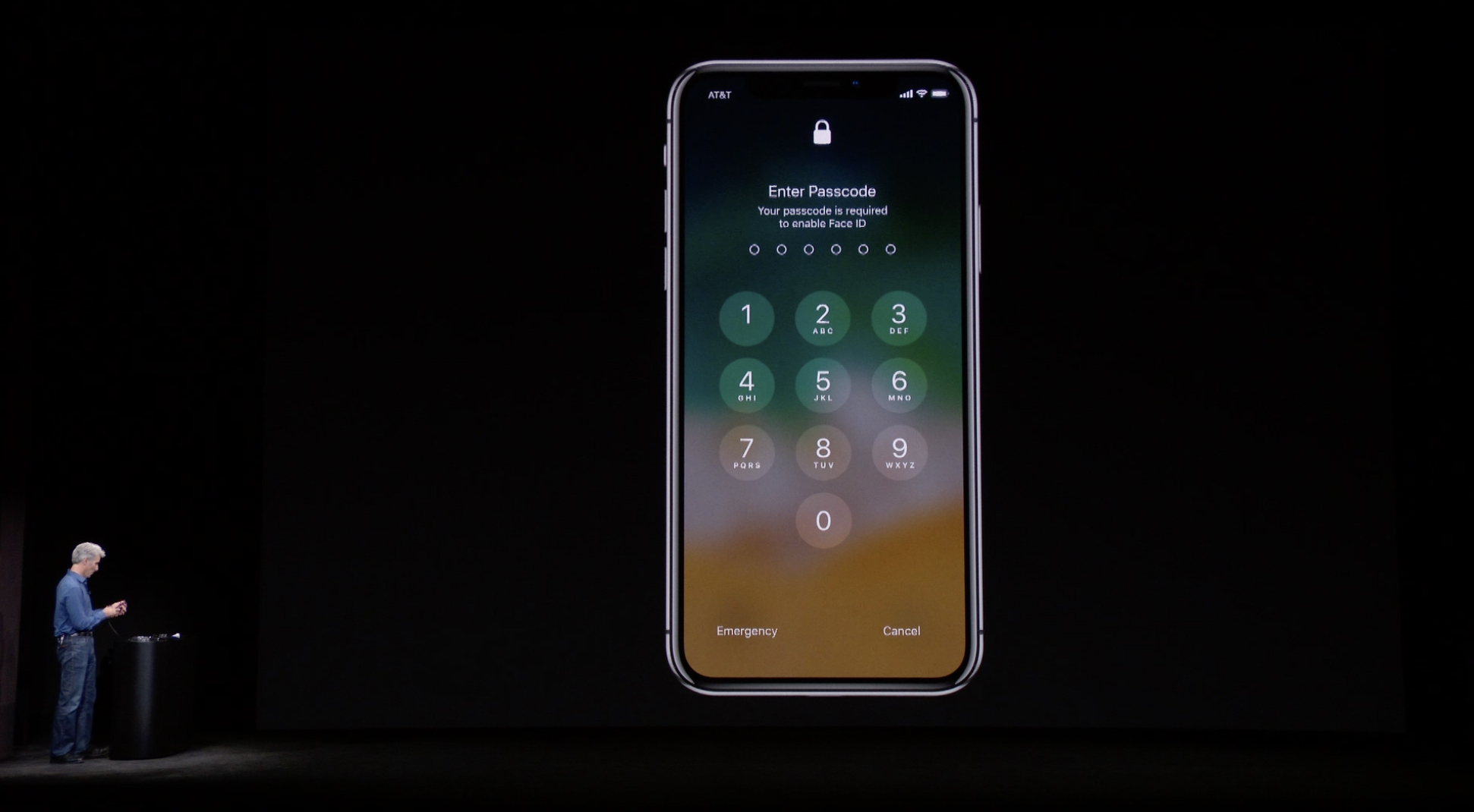 Federighi has become a real pro, and quickly moved to the backup phone. He picked up the second phone, looked at it, and it unlocked right away.

At first glance, its easy to think that Face ID just fell down on his first attempt, which would be … less than stellar.

It may be the case that Face ID never got a chance to work. Check out the message on the iPhone’s screen:

Your passcode is required to enable Face ID

It’s easy to end up in this state, as it Touch ID and Face ID both require a PIN to be entered after an iPhone is restarted. The Verge’s Chris Welch guessed the phone had been rebooted, but I’m not so sure.

On the latest iOS 11 Public Beta, the PIN prompt after a reboot includes the text:

I’m not sure what happened with the demo phone. It’s possible that Apple has changed the text string for this message since the beta I’m on was pushed out, and that’s what we saw on stage.

It’s also possible that the phone prompting the PIN after a software update. For example, I saw “Your passcode is required to enable Touch ID” right after I updated my iPhone 7 Plus to the iOS 11 GM build that was released today. It also shows up after entering SOS Mode or after Touch ID can’t match a fingerprint after several tries. Heck, a SpringBoard crash can cause it. In short, falling back to the PIN isn’t all that uncommon.

Whatever happened, not entering the PIN before the keynote was just a simple mistake. If something happened to the phone that made it require the PIN as it sat waiting for a demo, it’s just bad luck.

While embarrassing for Apple and its event team, I don’t think whatever went wrong today bodes poorly for Face ID. Federighi’s subsequent demos went quickly and smoothly, and I can’t imagine the security system on Apple’s new, $1,000 iPhone would be a dud. It’s funny today, but ultimately will just be a footnote for nerds to bring up from time to time.