Apple has offered several different Macs sold to the education market in the past. Typically, education-focused (or education-only) Macs come with a set of compromises to hit the low price points most schools require, especially when equipping each student with a notebook via a one-to-one program.

This has taken different forms over the years.

Currently, the 11.6-inch MacBook Air is still for sale to education buyers for as low as $749 for an i5 with 4 GB of RAM and 128 GB of storage. This price drops to $729 if bought in a 5-pack. The 13.3-inch model that is still for sale in retail stores is available at a slight discount as well.

In the past, Apple has offered education-only iMacs with low-end specs, but that practice has fallen out of style.

Go back far enough, and you end up with the quintessential education-only Mac, the eMac: 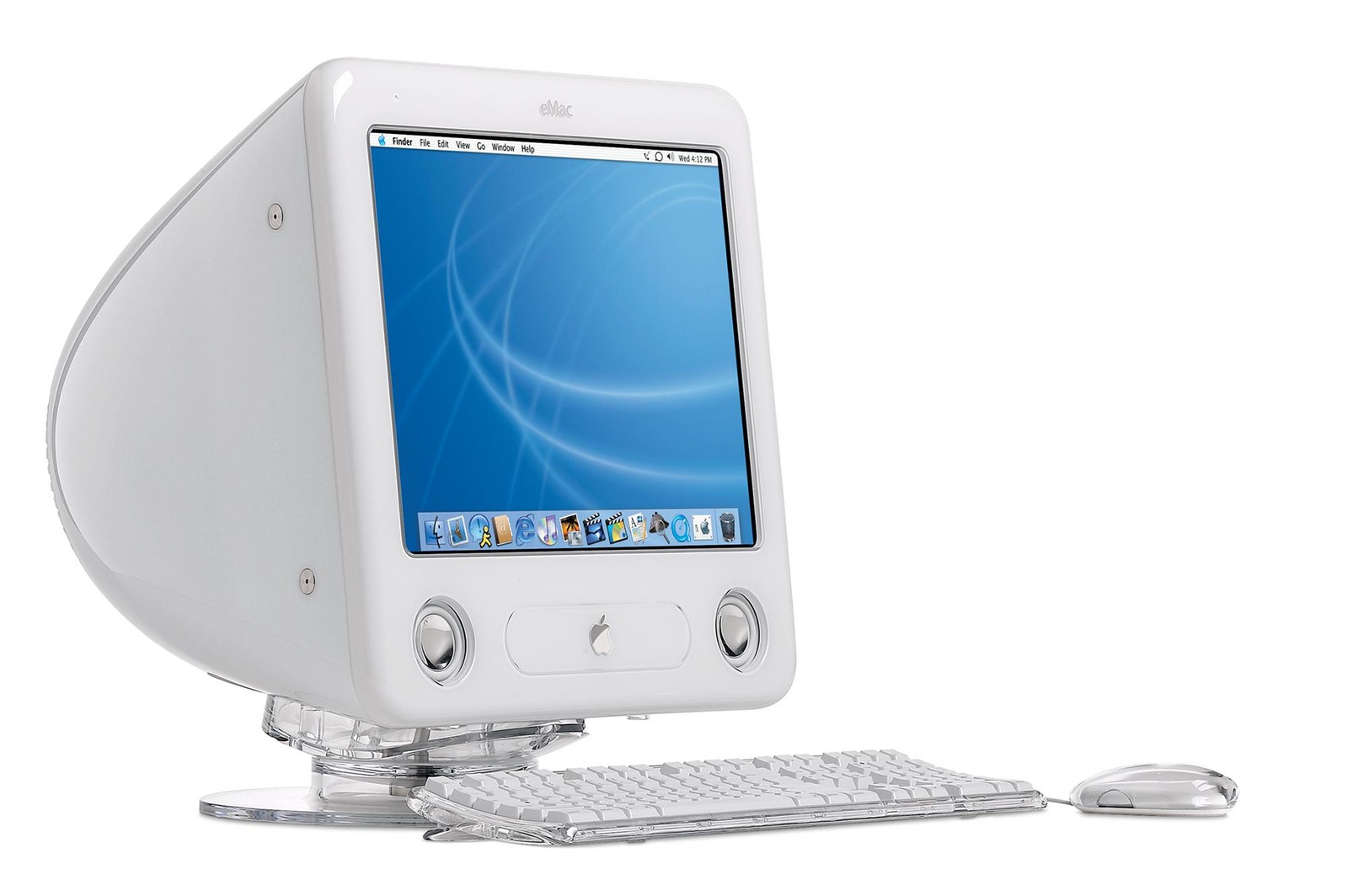 The eMac shipped in April 2002, in what looked like a souped-up iMac G3 case. It was powered by the PowerPC G4 and had a 17-inch CRT. The iMac G4 predates the machine by a few months, but came equipped with an LCD. Critically, the eMac was cheap, starting at just $999, a full $300 less than the entry-level iMac of the day.

The eMac was initially only sold to schools, but a few months into its life, Apple rolled it out retail:

“Consumers have pounded on the table demanding to buy the eMac, and we agree,” said Apple CEO Steve Jobs. “The eMac’s production ramp is ahead of schedule, so we’ll have enough eMacs this quarter to satisfy both our education and non-education customers.”

The reason the eMac could make the jump from education to the consumer market is that some users have needs very similar to schools. Lots of users care about price more than anything else, and by compromising on the specs, Apple can bring prices down.

Pricing is a massive factor in every decision schools have to make, and it’s one reason the iPad has made the ground it has in education, but it’s not all upside.

(The iPad mini is discounted a mere $20 for schools.)

Keep in mind these prices are just for the tablets themselves. Every school I’ve even been in contact with puts their iPads in cases to protect against damage, and many want keyboards to go along with them. iPads may look cheap compared to MacBook Airs, but the costs add up quickly when compared to Chromebooks, which come with keyboards and don’t need cases to protect them.

I was not surprised that iPad pricing is so steep for schools; even with its education clients, Apple is very protective of its margins. That simple fact is a big blow to the rest of this article, but if Apple would be willing to live with smaller margins on an education-only iPad, things could get real interesting.

I think it may be time for Apple to revisit the idea of the eMac, but refresh the concept for 2018.

So, let’s throw caution to the wind and say Apple’s margins aren’t a factor. What could an education-only iPad look like?

What would it mean for Apple to make an ePad?

Making the tablet more rugged would be at the top of the list for a lot of educators. I’ve heard numbers all over the place when it comes to accidental damage rates for deployed iPads in schools, but making an ePad that could take more abuse would be a winner in most people’s books, I’m sure.

When Apple introduced the iBook G3, Apple praised it rugged design, saying it would be great in schools and at home. I’m not saying an ePad would need curvy rubber-injected plastic around the back, but moving to something tougher than aluminum would be a win.

(It’d also be a nice way to introduce some colors back to the line, but that’s probably just my love of orange computers talking.)

If this rubber back were have a lip that extended above the glass slightly, it may help protect the screen from damage a well.

Currently, Apple sells a Brenthaven case on its education store for $40. If you deploy 1,000 iPads, you’ve spent $40,000 in cases alone. That’s bonkers, and could be avoided if future tablets could take a beating more easily.

Apple should also reconsider its keyboard strategy. I don’t know if taking a page out of the education-only eMate 300 and going with a built-in keyboard is the right answer for every school, so in this fantasy, let’s say every ePad can support an external keyboard via the Smart Connector, but perhaps there could be a SKU that came with a keyboard built into the device more directly. It should still fold flat out of the way when not needed, granting greater flexibility than the traditional notebook form factor.

(Update: as Fraser Speirs points out, some states require hardware keyboards for testing.)

Of course, any new design should accommodate using an Apple Pencil with the ePad. It’s just silly that there’s no way to store the Pencil with the iPad Pro today, so I’d want to see a way for students to be able to keep their Pencils safe and sound in that new enclosure somehow.

All of this should priced more competitively, obviously, and Apple still has a long way to go on the software side of things, but that’s a story for a different time.

Is Apple going to do any of this? I highly doubt it, but I do think the company should look at the iPad in education as an opportunity to make something great for students without worrying about how it would be received in the wider consumer market. While there is overlap in the low-end consumer market and the education one, Apple doesn’t always have to treat the two the same way.

I think something like this could be helpful to schools, but I think Apple’s margins would get in the way.