My wife has been using a first-generation 12-inch MacBook since its debut back in 2015. Despite picking one up with the best specs available at the time,1 it is feels like Mac much older than its three years.

She uses it docked to an external display with a Bluetooth keyboard and mouse. I don’t know the last time it was used as an actual notebook, and after seeing the SSD was nearly full, I decided it was time to do something.

While I would have gladly purchased her any Mac she wanted, I just came into possession of a 21.5-inch Late 2013 iMac. It’s got 8 GB of RAM and an Intel Core i7 CPU. In terms or raw benchmarks, this iMac is noticeably faster than her MacBook. It’s just new enough to support Auto Unlock with the Apple Watch, AirDrop and other modern features of macOS. It even meets macOS Mojave’s revised system requirements.

The problem is that it came with a pitifully slow 5400 RPM hard drive, so it was time for a little surgery. 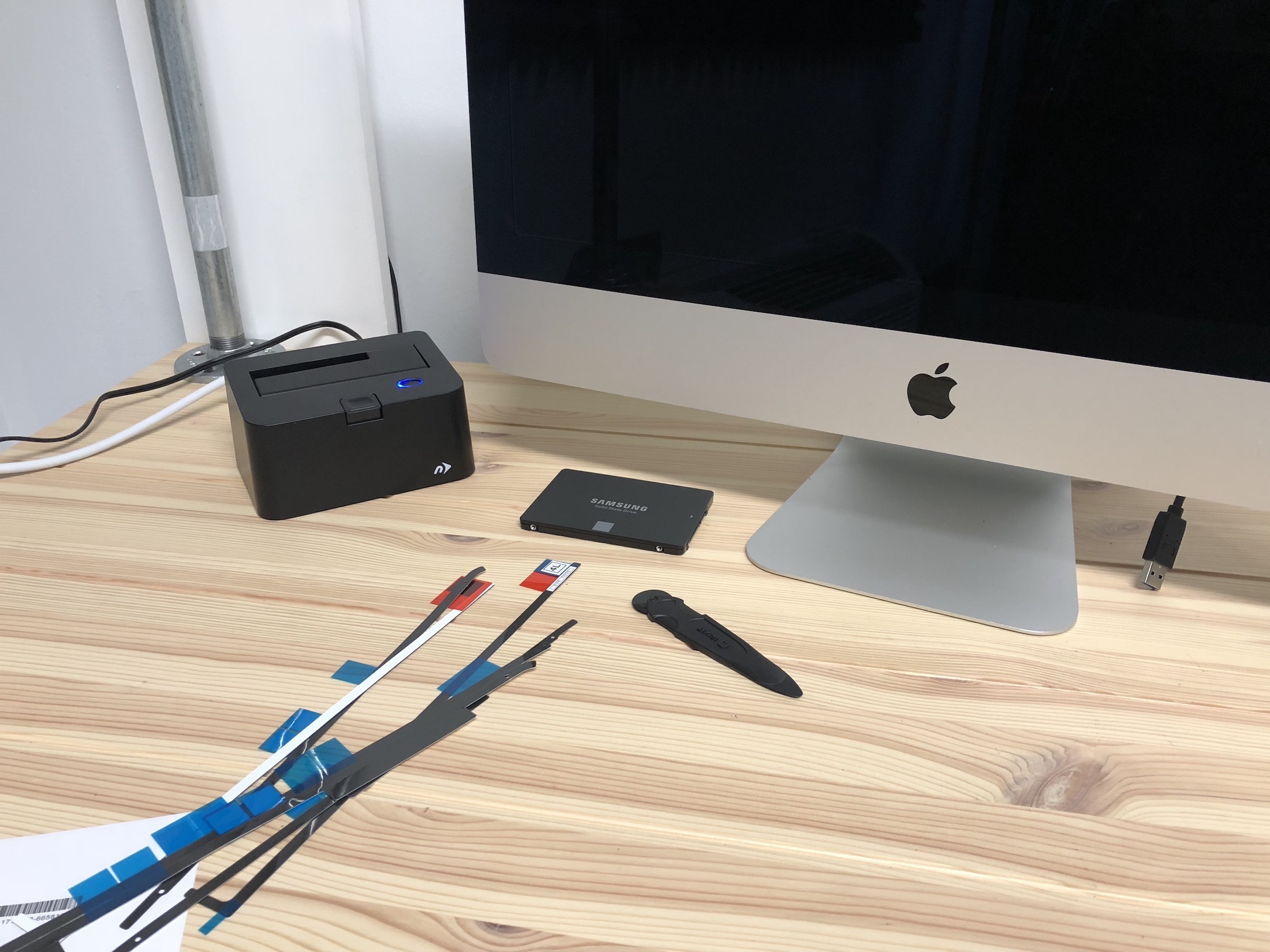 I picked up a 1 TB Samsung 860 EVO SSD. I’ve put these in several machines, and really like them. 1 TB should give her plenty of space, and it was $80 off on Amazon Prime when I ordered.

Now, getting into this generation of iMacs is a little tricky. Back when the aluminum iMacs had optical drives, you could pull the cover glass off with suction cups, then unscrew the display. However, when they got thin in 2012, the glass and displays were laminated together and attached to the front of the chassis with adhesive strips.

Getting this off isn’t too bad, but does require a tool that looks like small pizza cutter, a replacement adhesive kit and some patience. I bought the kit and tool from iFixit for $19, and was ready to go.

This video on OWC’s site clearly shows how to use the tool to cut the adhesive and how to apply the new strips when you’re done swapping the drive. 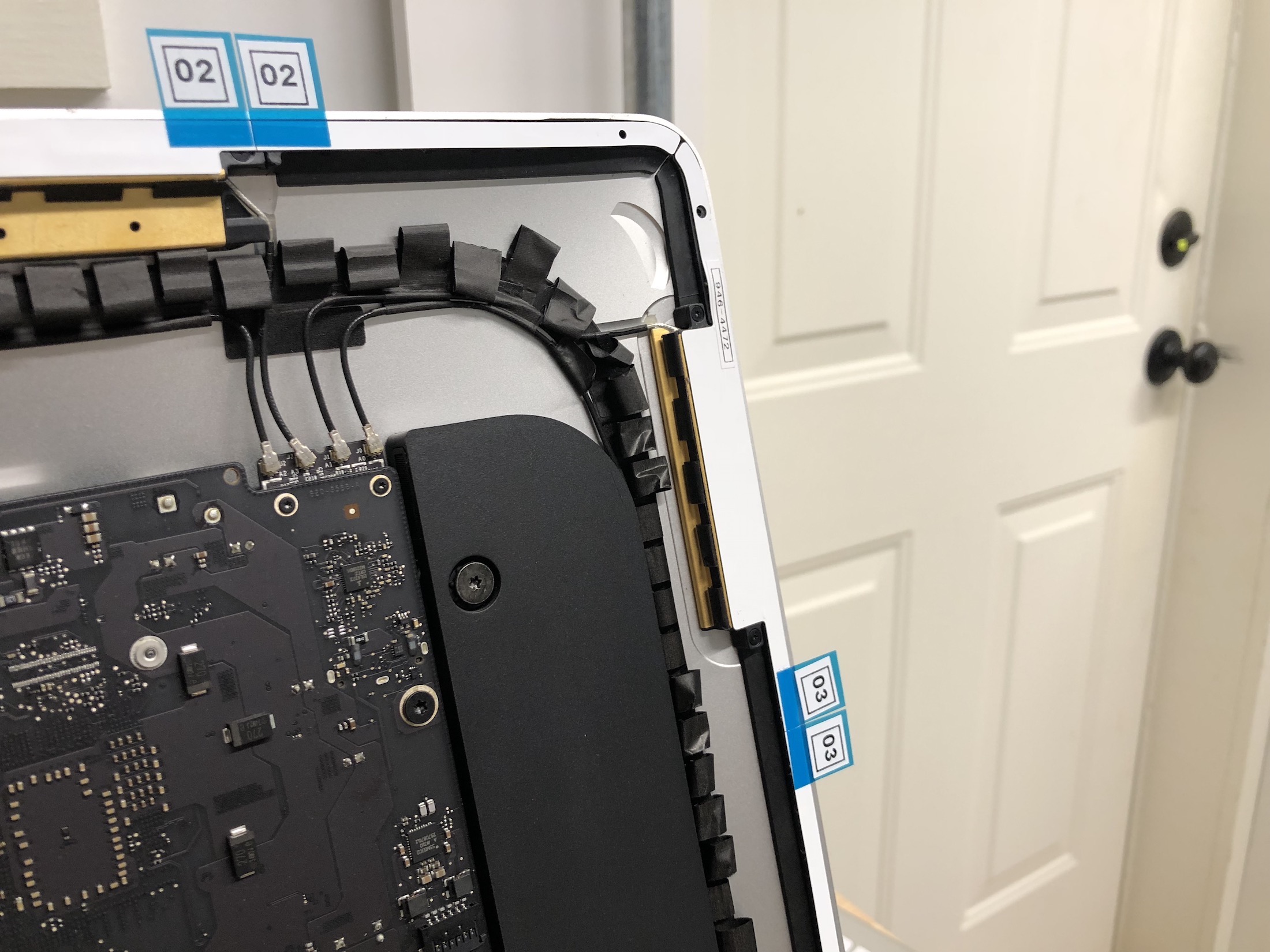 As I write this, I am migrating data from her Time Machine drive to the iMac. It’s not the fastest computer in the world, but it should be a performance upgrade from her MacBook, despite being two years older.