I’m really glad to be announcing a project that started at the end of last year. I have worked my way through every major release of macOS since the Mac OS X Public Beta and catalogued them in an extensive collection of screenshots.

Currently, the library includes 1,502 images. That’s 1.6 GB worth of screenshots. 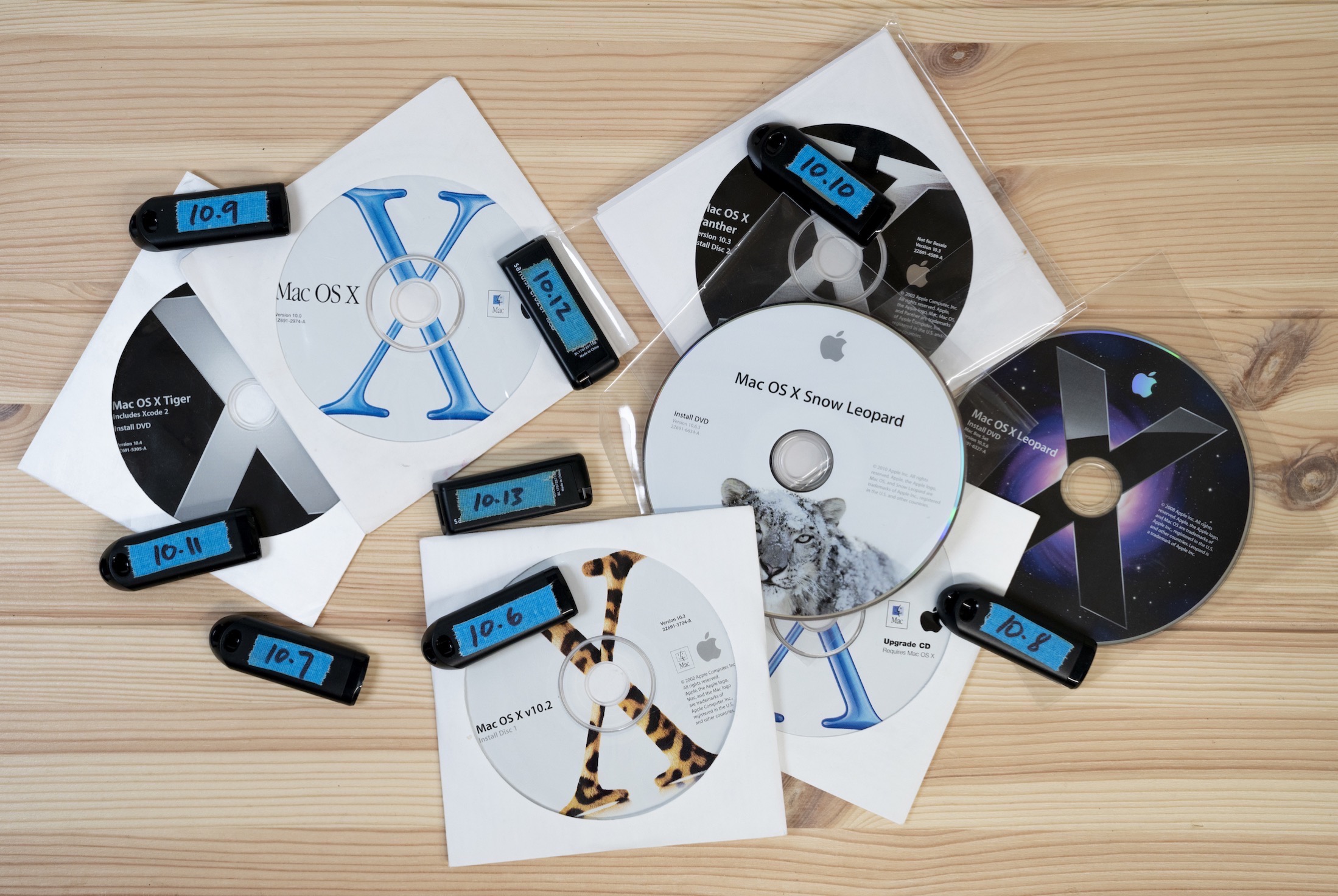 These images came from the OS, running on actual hardware; I didn’t use virtual machines at any point. I ran up to 10.2 on an original Power Mac G4, while a Mirror Drive Doors G4 took care of 10.3, 10.4 and 10.5. I used a 2010 Mac mini for Snow Leopard and Lion, then a couple different 15-inch Retina MacBook Pros to round out the rest.

(I switched to a Retina machine as soon as I could. The 2012 Retina MacBook Pro will run Lion, but the one I borrowed from a friend for the project could only run Mountain Lion. I would like to re-capture my Lion images at Retina quality in the future. Sadly, original Retina MacBook Pros are a little too pricey on eBay currently.)

As I went from version to version, I would research what major features were added each time, making sure to add them to the list. My notes included things like specific content to show, or how to arrange things for certain images, like the App Switcher or Cover Flow shots.

I should say that the Library is not an exhaustive collection of images. There are screens, features and applications that I didn’t grab. I got what felt important to me as I worked through the different versions.

You can look at any one version of the OS and my screenshots and get a real sense for what that release was like. That’s one reason each version has a full set of System Preferences images. You can learn a lot from a software title by poking around its options.

Here are some of my favorite shots:

Looking at the simplest of windows is the best way to see much Aqua has changed over the years:

This took an ungodly amount of time, and I have to say that this project was made possible thanks to the 512 Pixels Membership. If you aren’t a member and you like this sort of thing, I’d love if you would consider joining.

My plan is to update this for each version of macOS moving forward, after the final release each year. That means Mojave images will show up sometime in the next couple of months.

I would also like to make the library more sortable by screenshot in the future, so one could easily see all versions of a single screenshot on one page. That wasn’t feasible right now, but I am working on it.

Until then, I hope you enjoy working your way through years of macOS releases.