Fifty years ago, while aboard Apollo 8, William Anders took what is perhaps the most iconic photo of the 20th century: 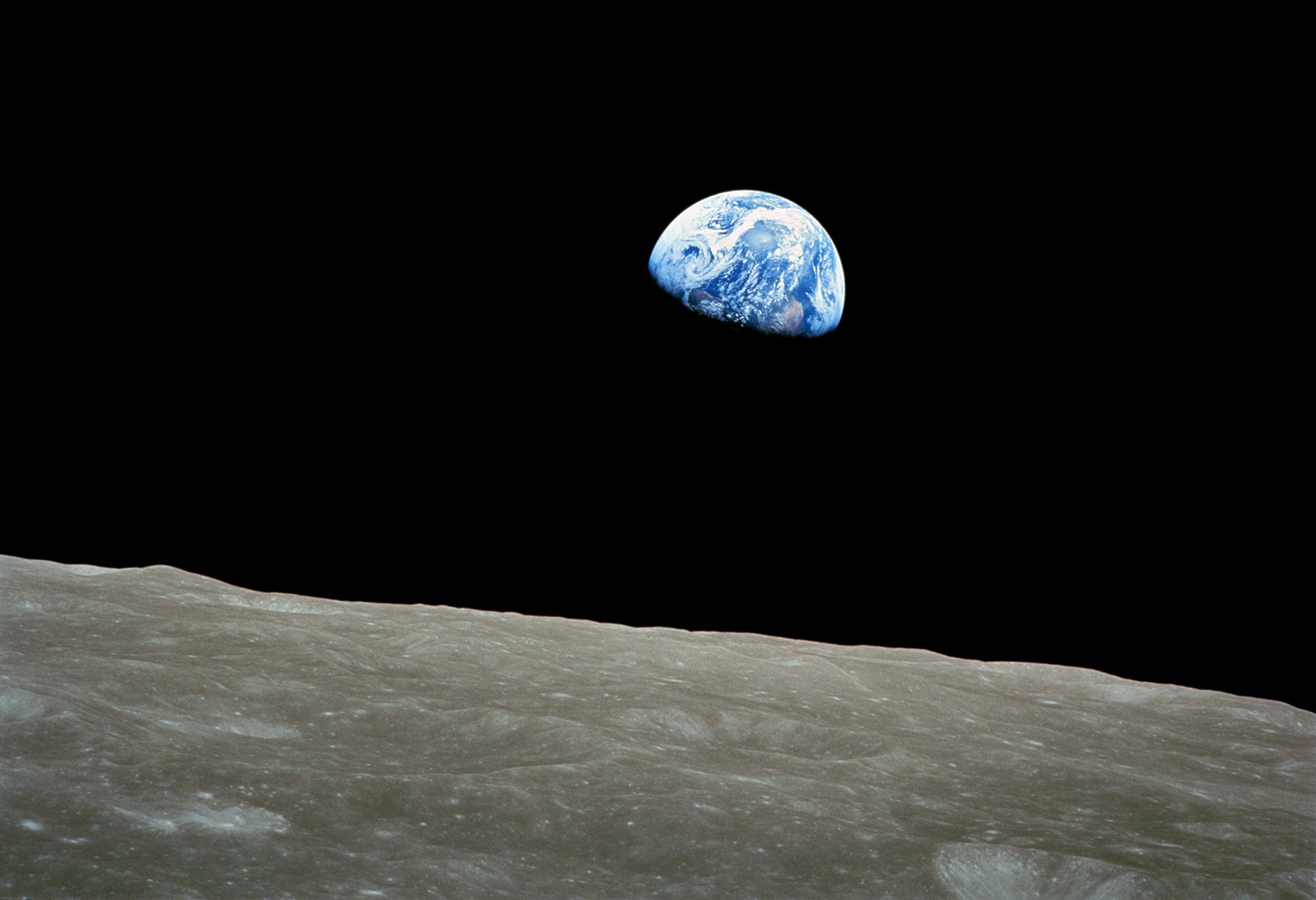 Dubbed Earthrise, it was the first image of our entire planet taken by someone not on it.

Anders has written about the image over on Space.com:

One of my assignments was to photograph the lunar surface to facilitate the evaluation of potential landing sites. I brought a 250 mm lens to bring that alien terrain into better view. On our fourth orbit, the spacecraft was oriented in a different direction. A startling image captivated the three of us.

Earth, 238,900 miles away, ascended above the barren lunar surface. Compelled by that vision, we scrambled for cameras. I deviated from the rigid NASA flight plan. Every photographic exposure had been determined in advance but I had to capture our view with the long lens on color film.

One of those shots became known as “Earthrise.”

Apollo 8 not only gave us the first images of our home suspended in the darkness of space, but proved we could go to the moon. On their way back, the crew provided the world with a message of hope:

We are now approaching lunar sunrise, and for all the people back on Earth, the crew of Apollo 8 has a message that we would like to send to you:

In the beginning God created the heaven and the earth.

And God said, Let there be light: and there was light.

And God saw the light, that it was good: and God divided the light from the darkness.

And God called the light Day, and the darkness he called Night. And the evening and the morning were the first day.

And God said, Let there be a firmament in the midst of the waters, and let it divide the waters from the waters.

And God called the firmament Heaven. And the evening and the morning were the second day.

And God said, Let the waters under the heaven be gathered together unto one place, and let the dry land appear: and it was so.

And God called the dry land Earth; and the gathering together of the waters called the Seas: and God saw that it was good.

And from the crew of Apollo 8, we close with good night, good luck, a Merry Christmas – and God bless all of you, all of you on the good Earth.