In a recent episode of ATP, the guys spoke about a conversation that was overheard at WWDC between Tim Cook and Jony Ive that included an interesting detail of the holes in the front and back of the new Mac Pro:

Then there’s video Marco posted on Twitter, in which Ive appears to compare the opening of the Mac Pro to the Cube:

Well, I was in the right place at the right time. pic.twitter.com/9ib25nwbOL

In short, it seems that the vents on the new machine came from a design rooted in the era of the G4 Cube, nearly 20 years ago. There was speculation that a different route was taken due to cost.

As you can see in this image by John Siracusa, the openings on the new Mac Pro are quite complex and probably expensive to manufacture: 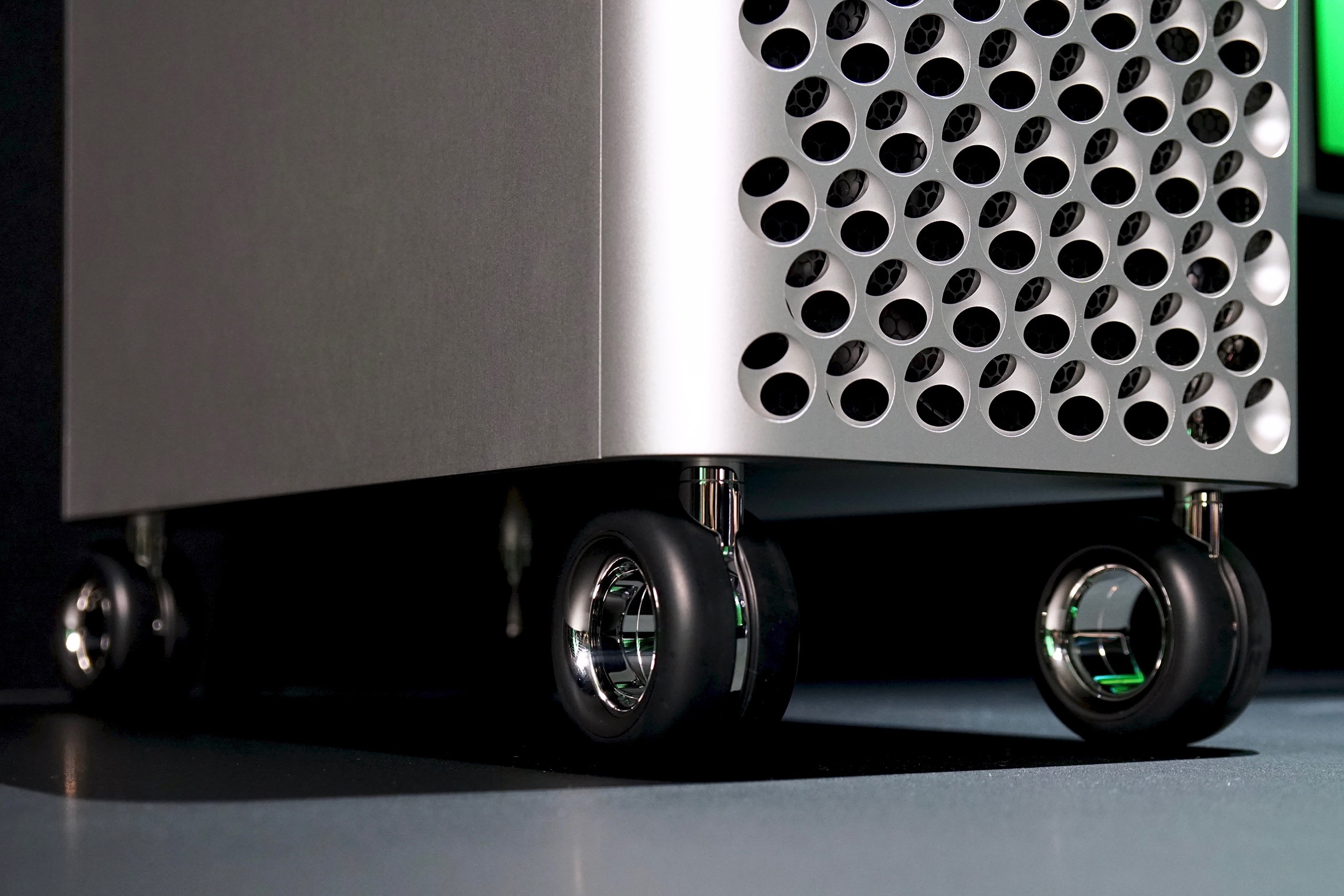 Here’s how Apple describes this design:

The lattice pattern on the Mac Pro is based on a naturally occurring phenomenon in molecular crystal structures. A network of three-dimensional interlocking hemispheres, it increases the surface area, optimizing airflow and structural rigidity.

To create the structure, a spherical array is machines onto the internal and external surfaces of the aluminum. The result is a lightweight lattice pattern that maximizes airflow while creating an extremely rigid structure.

Here’s where the G4 Cube comes in. This morning, I saw a tweet from Huxley Dunsany, complete with a macro shot of the underside of the Cube:

Big tip of the virtual hat to @68kMLA member jessenator for catching this: the "new" multi-layered grill design of the 2019 #MacPro actually debuted on the PowerMac G4 Cube in 2000! Check out this close-up shot of the underside of the Cube @apple @arstechnica @ismh #MacPro2019 pic.twitter.com/7w9Vb1RyYE

From the bottom, these vents do look very much like what’s on the Mac Pro, perhaps the subject of the comments between Ive and Cook.

As I have a G4 Cube in my collection, I decided to do have a closer look. I pulled the core out of mine and removed the video card to take a closer look at this area from the back:

The vents in the rear of the PowerMac G4 (Mirrored Drive Doors) are constructed in a similar fashion, just with much bigger openings, as you can see on the right of this photo: 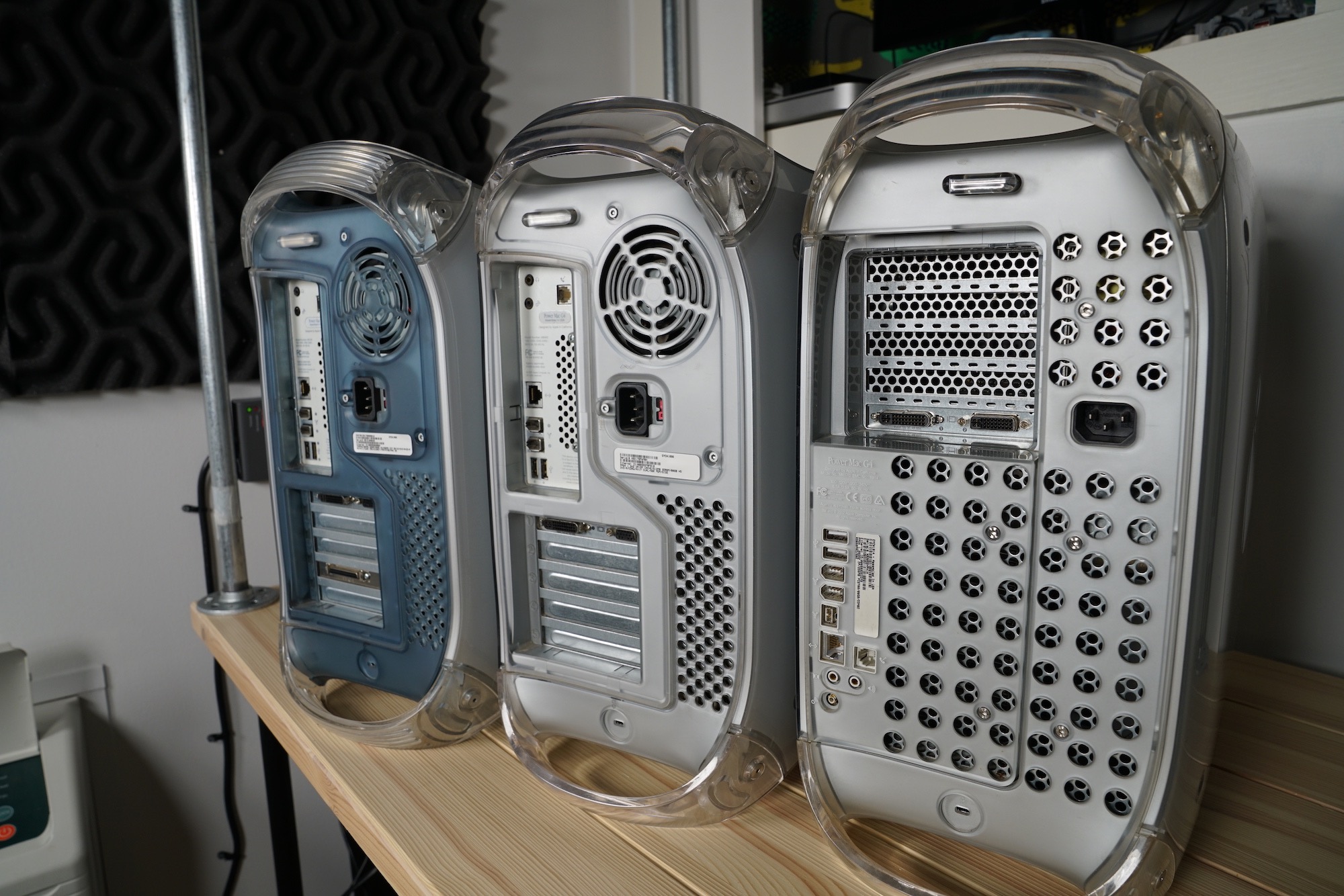 And from inside the machine: 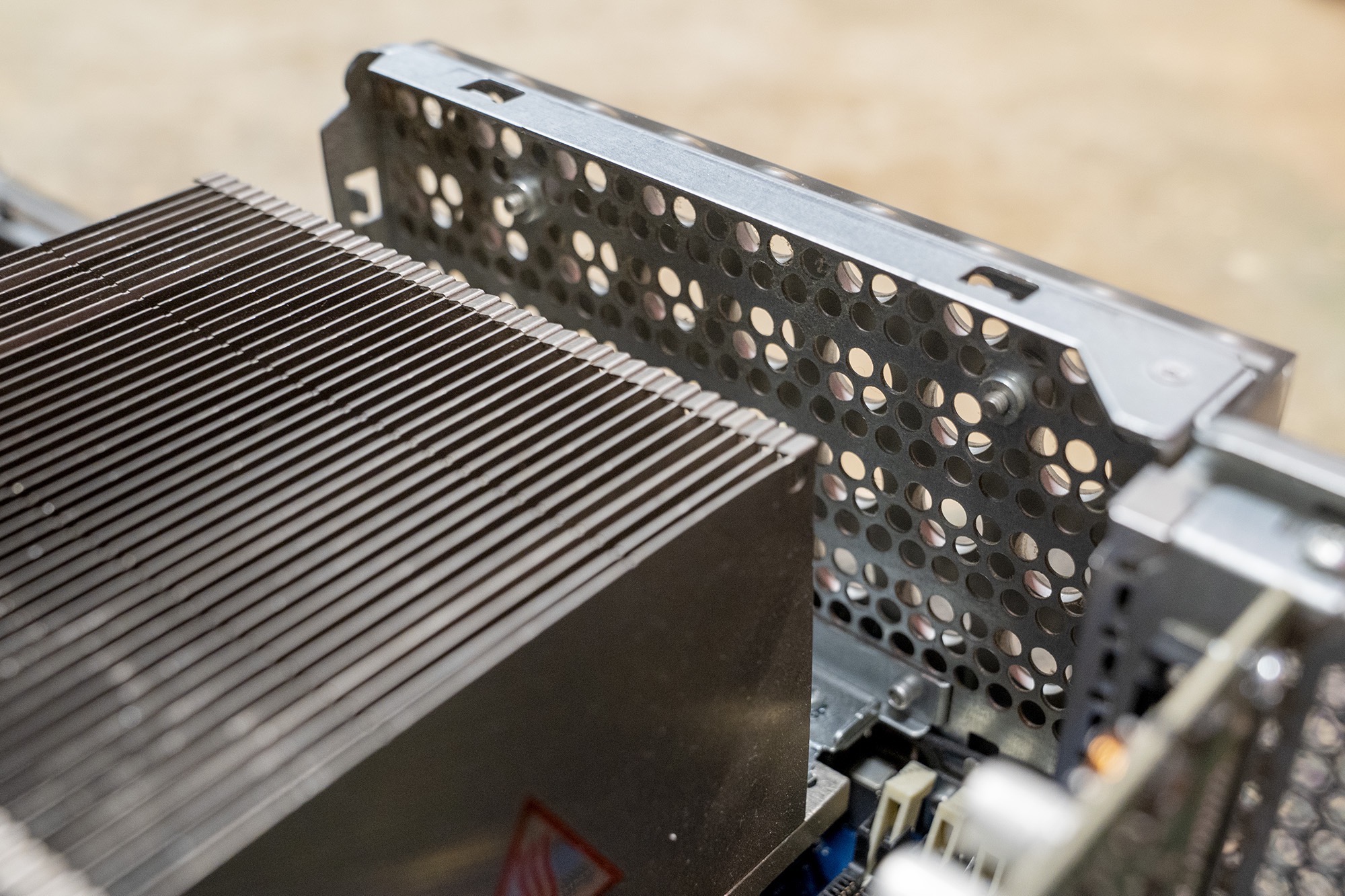 Apple may have been playing with what would become the vents on the new Mac Pro nearly 20 years ago, but the construction of them seems to be all-new.