In a recent stay with John Voorhees, I noticed him asking Siri to open his garage door. He told me he was using the Insignia Wi-Fi Garage Door Controller, which he reviewed for MacStories earlier this year.

As someone who frequently worries about having left the garage door up after leaving, I knew this was a device I needed to check out, so I ordered one on the spot.

The controller is actually two separate components. The first plugs into power and runs small wires into the garage door opener itself: 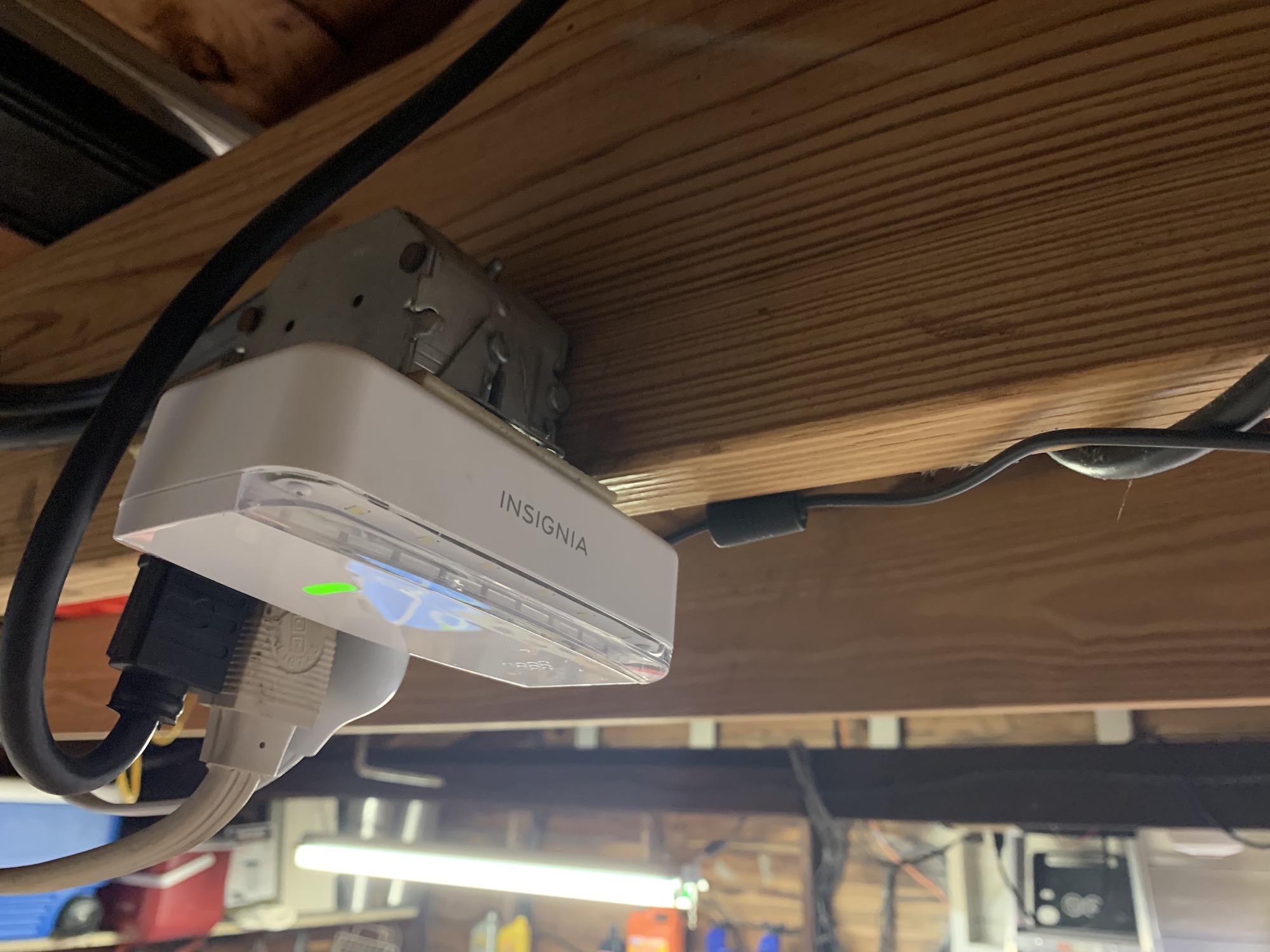 The other part is a wireless transmitter that attaches to the garage door to tell HomeKit if the door is open or closed: 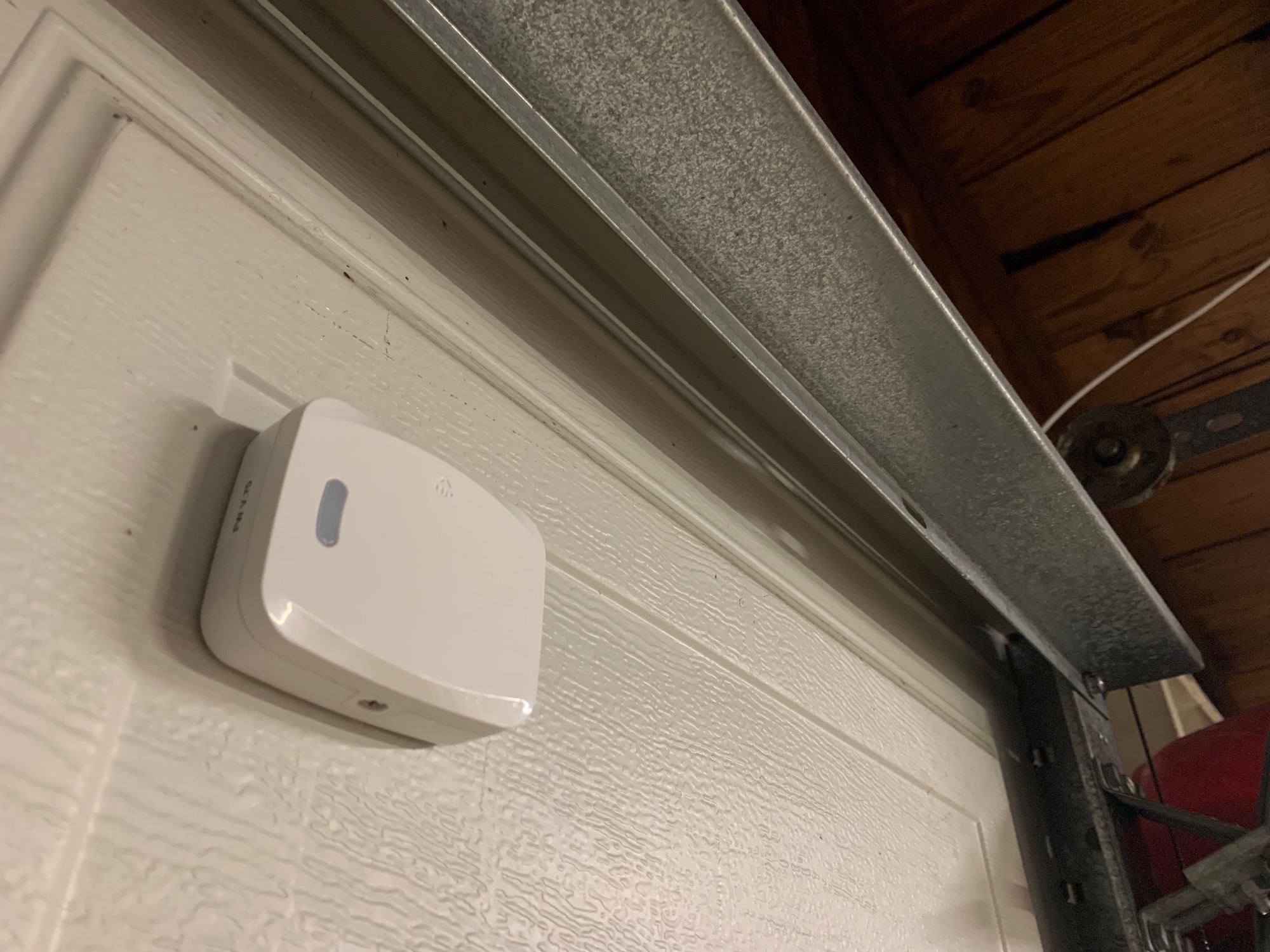 Setup was pretty straight forward. I had to take the panel off my door opener — after unplugging it, of course — and back out two screws to slip a new pair of wires onto the contacts. This method will vary opener to opener, but was easy enough on mine.

The beauty of this approach is that all other methods of opening and closing the door continue to work. In my garage’s case, that’s a pair of old-school wireless remotes and a doorbell-like button in the garage itself.

Those small wires join and plug into the main unit, which has a HomeKit barcode on the side to join it to the wireless network. I have pretty good coverage in my garage, but even so, the opener can be slow at times to report its status back to HomeKit, but more on that later.

Unlike many HomeKit devices, the Insignia doesn’t require its own iOS app to function; it talks directly to HomeKit and shows up in the Home app and is accessible via Siri. All of this just works without any configuration past adding the HomeKit device to the Home app. 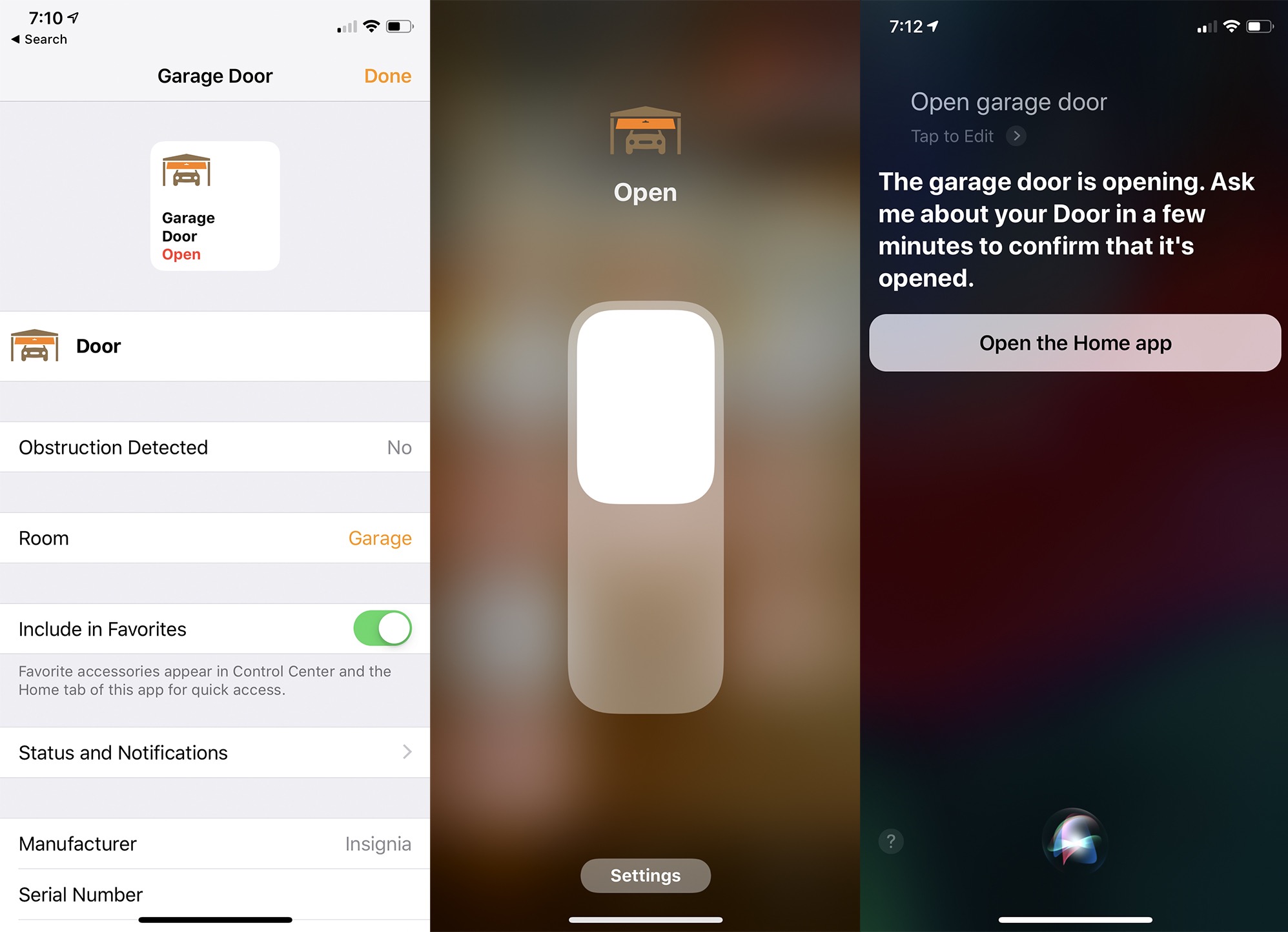 In addition to the HomeKit and Siri control, the opener will send a push notification when the status of the door changes. These can be adjusted to be sent only during certain times of day or if certain people are or are not home.

My only complaint is that the device can be a little slow to respond to commands, and the UI in Home takes a moment to update after the door has changed status. The speed is by no means a deal breaker to have access to your garage door anywhere in the world, but it is a little annoying.

At the end of the day, the Insigina Garage Door Controller does what it advertises: puts your garage door on HomeKit with minimal fuss or disruption. HomeKit continues its slow march toward being a powerful, trustworthy system, and this is just another example of the ecosystem continuing to become more useful.