A few weeks ago, my Liftoff co-host1 and all-around-cool-guy Jason Snell told me he was going to be in Houston, Texas and asked a question I couldn’t say no to:

Do you want to visit Johnson?

Johnson Space Center is a key hub in NASA’s web of centers across the nation. Anytime an astronaut calls to the ground with the prefix “Houston,” Johnson is home to whoever answers.

Today, Johnson is home to much more than mission control. It’s Ground Zero for astronaut training thanks to two International Space Station facilities, and is critical in NASA’s Commercial Crew program. That program will be putting US astronauts into orbit from US soil for the first time since the shuttle program ended in 2011, and is taking shape thank to partners like SpaceX and Boeing, who are building crew-rated capsules for trips to and from the Space Station.

Visiting Johnson was a lot of fun, and it is available to anyone thanks to Space Center Houston, a 501(c)(3) nonprofit dedicated to teaching the public about space and space exploration.

Space Center Houston is home to several amazing pieces of hardware, including the flown Mercury 9, Gemini 5 and Apollo 17 capsules: 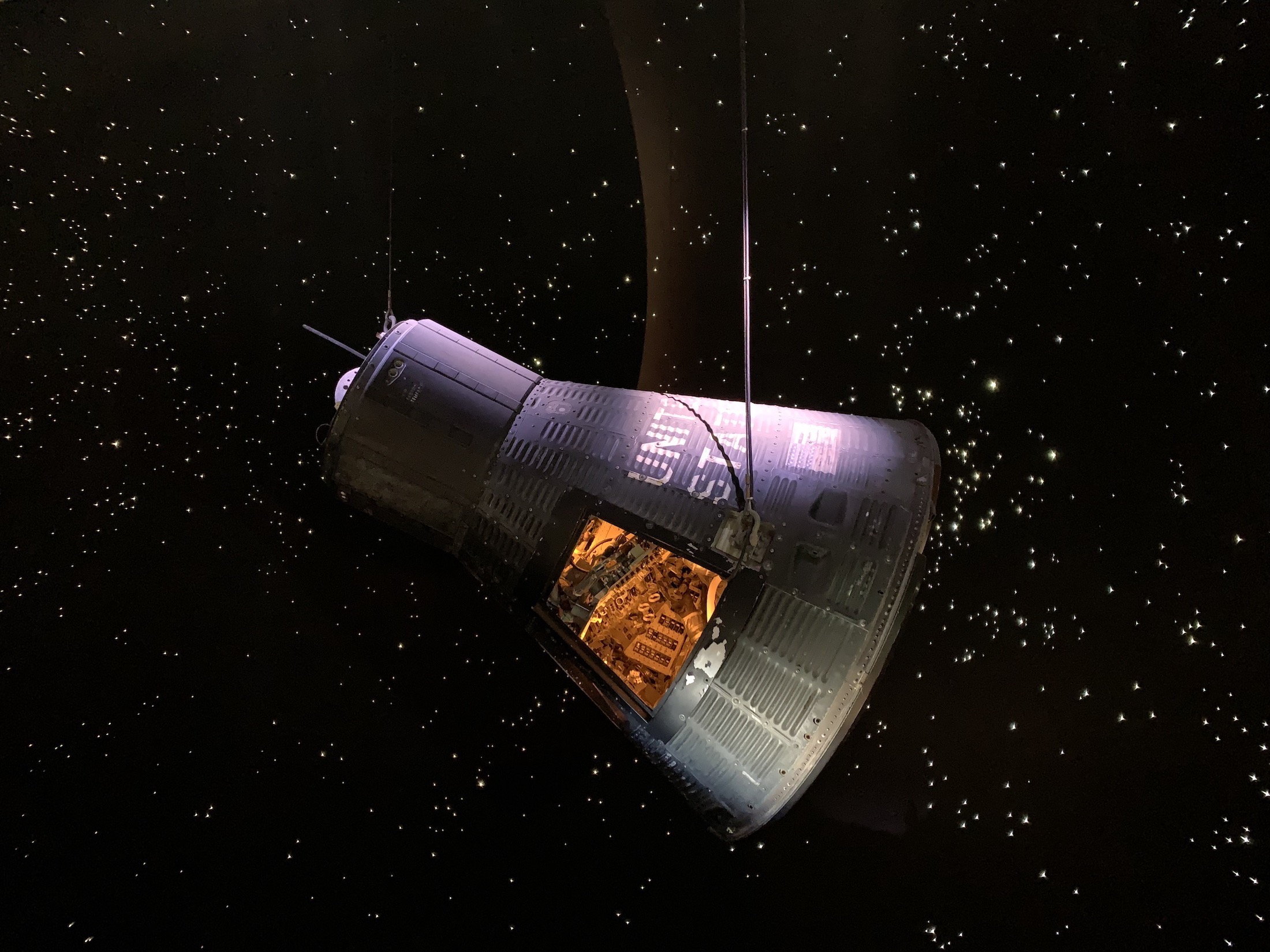 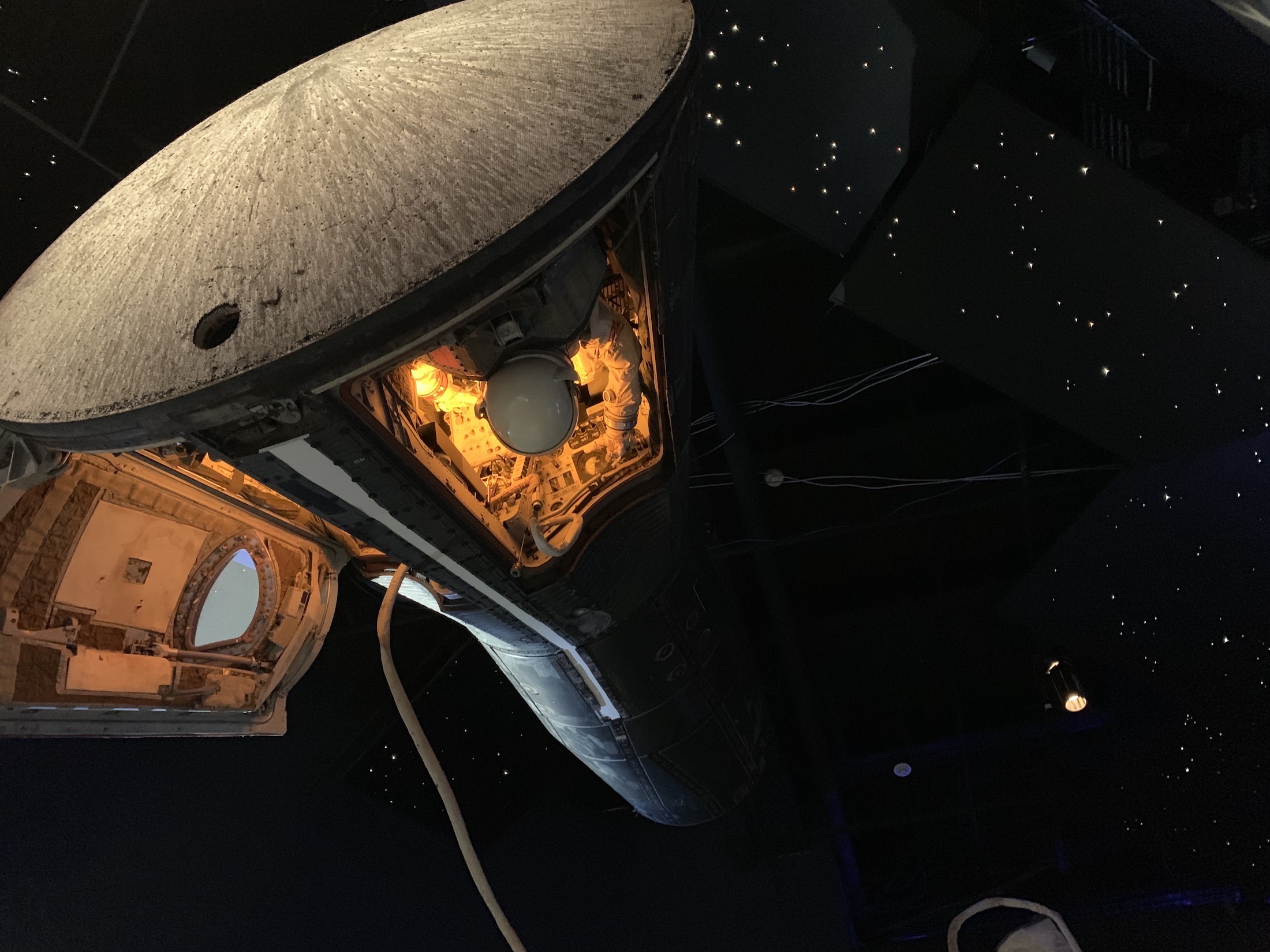 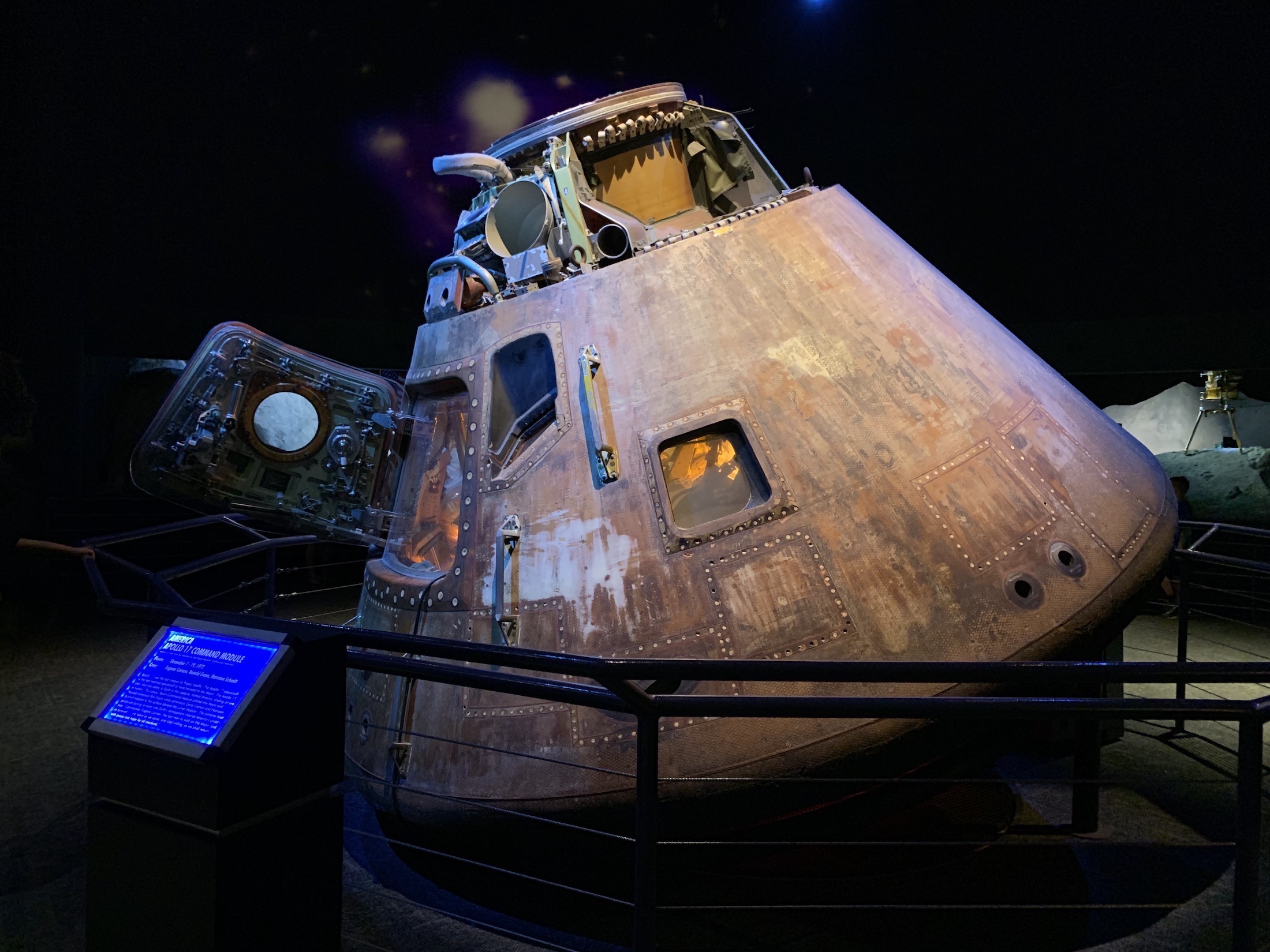 I’ve seen several examples of each of these spacecraft before, and I have real respect for the guys who flew into the unknown in these vehicles. The Mercury capsule probably felt like climbing into a washing machine.

Space Center Houston also has a training vehicle from the lunar rover program. I love this bit of Apollo-era hardware, and it was a real treat to see this example up close: 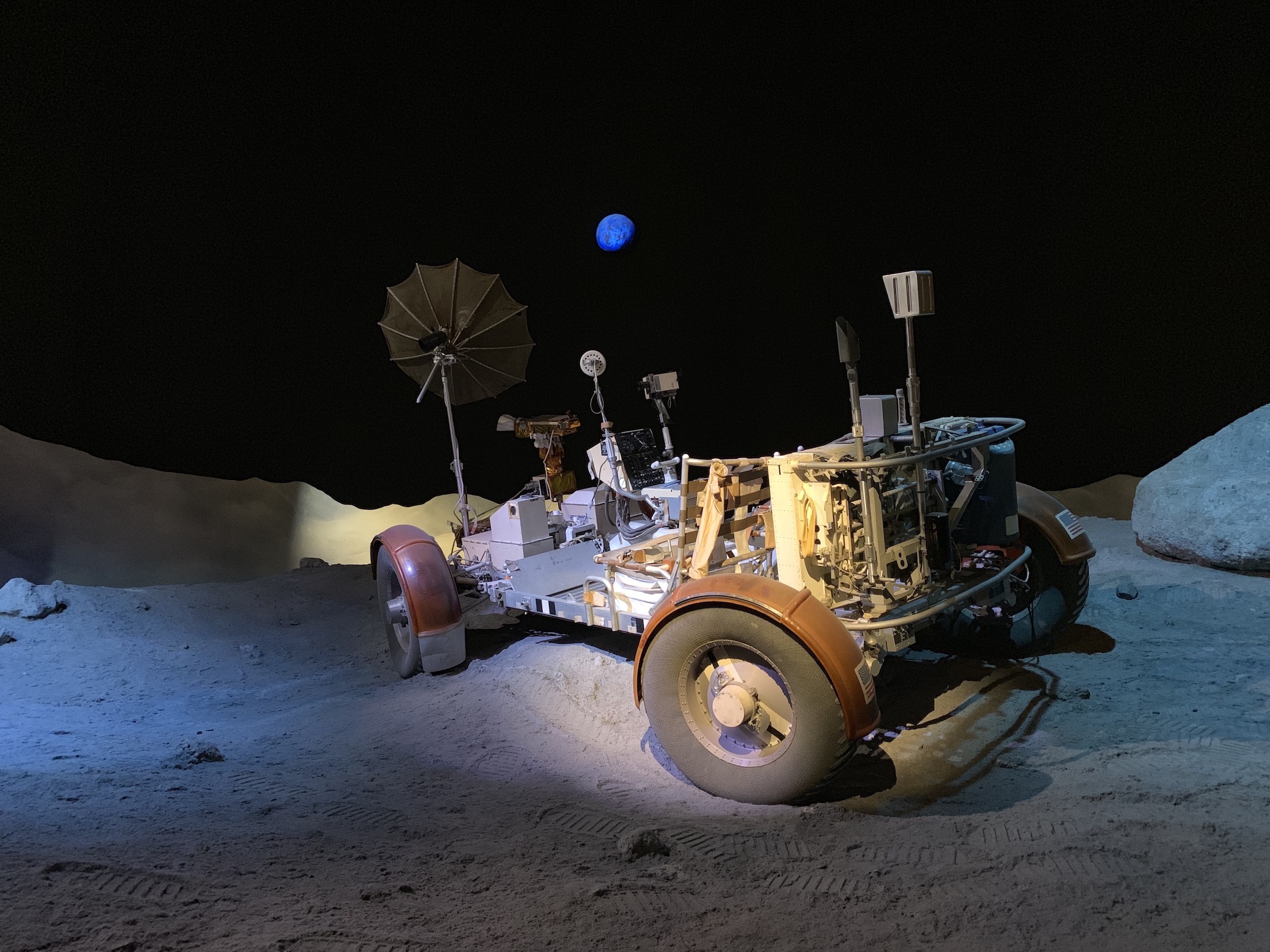 There are exhibits dedicated to moon rocks brought back by the Apollo crews, how space suits have evolved over the years and even a small corner about the famous “moon watches.”

Outside sits an original shuttle carrier aircraft, which started life as a Boing 747 before being purchased by NASA and re-engineered to carry the space shuttle on its back: 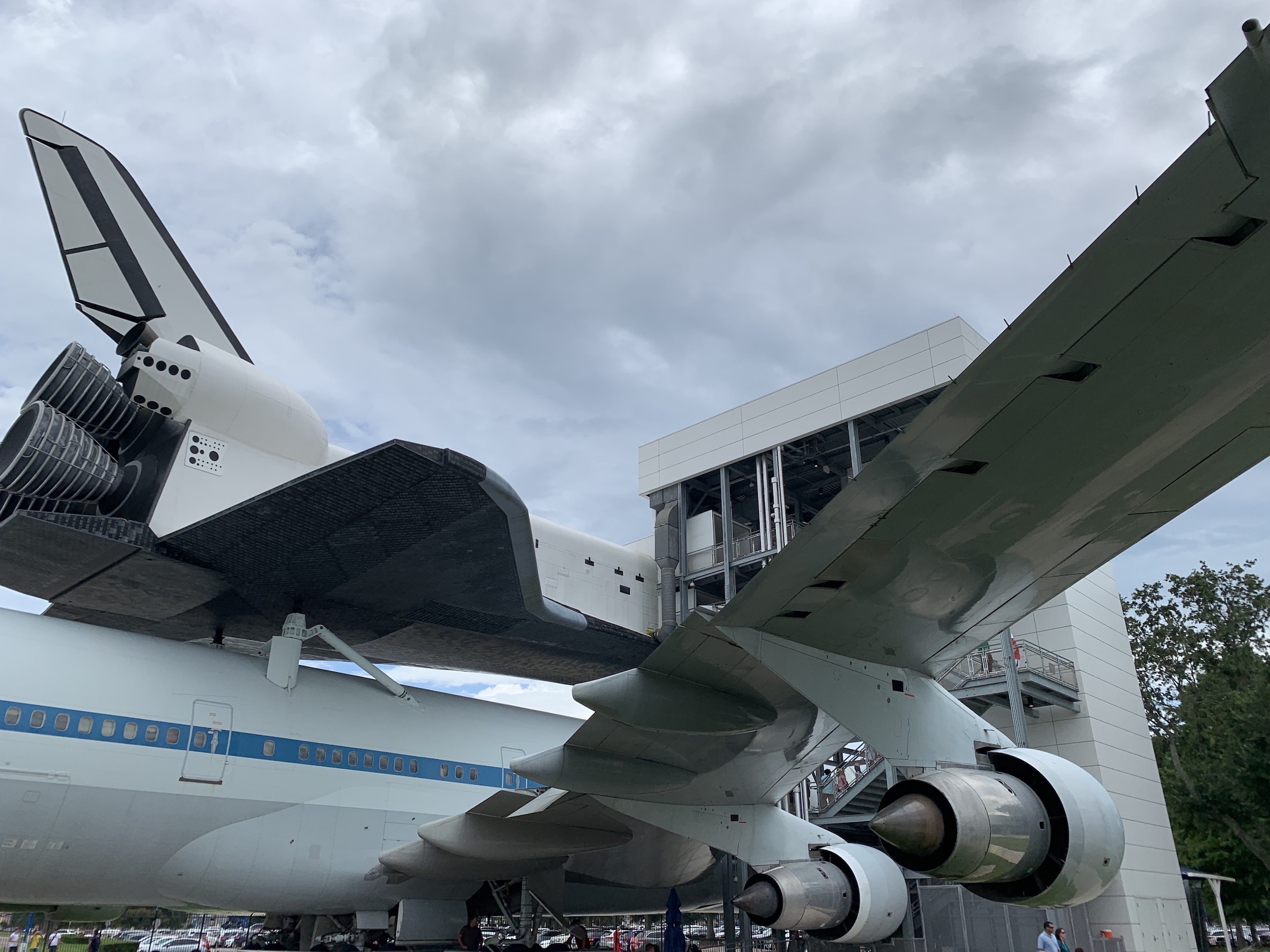 The shuttle mounted to the SCA is dubbed Independence, and is a replica, but still impressive to approach. There are stairs leading up to the side of the craft, and stepping inside was surprising. In 2015, I got to see Atlantis up close, but going inside was a totally different experience. The shuttle really was a space-going pickup truck; most of the craft is dedicated to its large cargo bay. The crew quarters were actually very cramped, limited to the front section of the vehicle.

The next day, Snell and I embarked on the optional “Level 9” tour. While expensive, I found it totally worth the money. We spent most of the day with a small group of 10 or so other guests, being led by a tour guide who was simply fantastic. It was clear to me that she knew her stuff, and while a few comments were slightly out of date — mostly around NASA’s ever-slipping schedules — that was easy to forgive.

We started out at the Space Vehicle Mockup Facility, which is basically a warehouse with a full-sized model of the ISS under its roof, which allows astronauts to train for missions and experiments housed within the orbiting outpost: 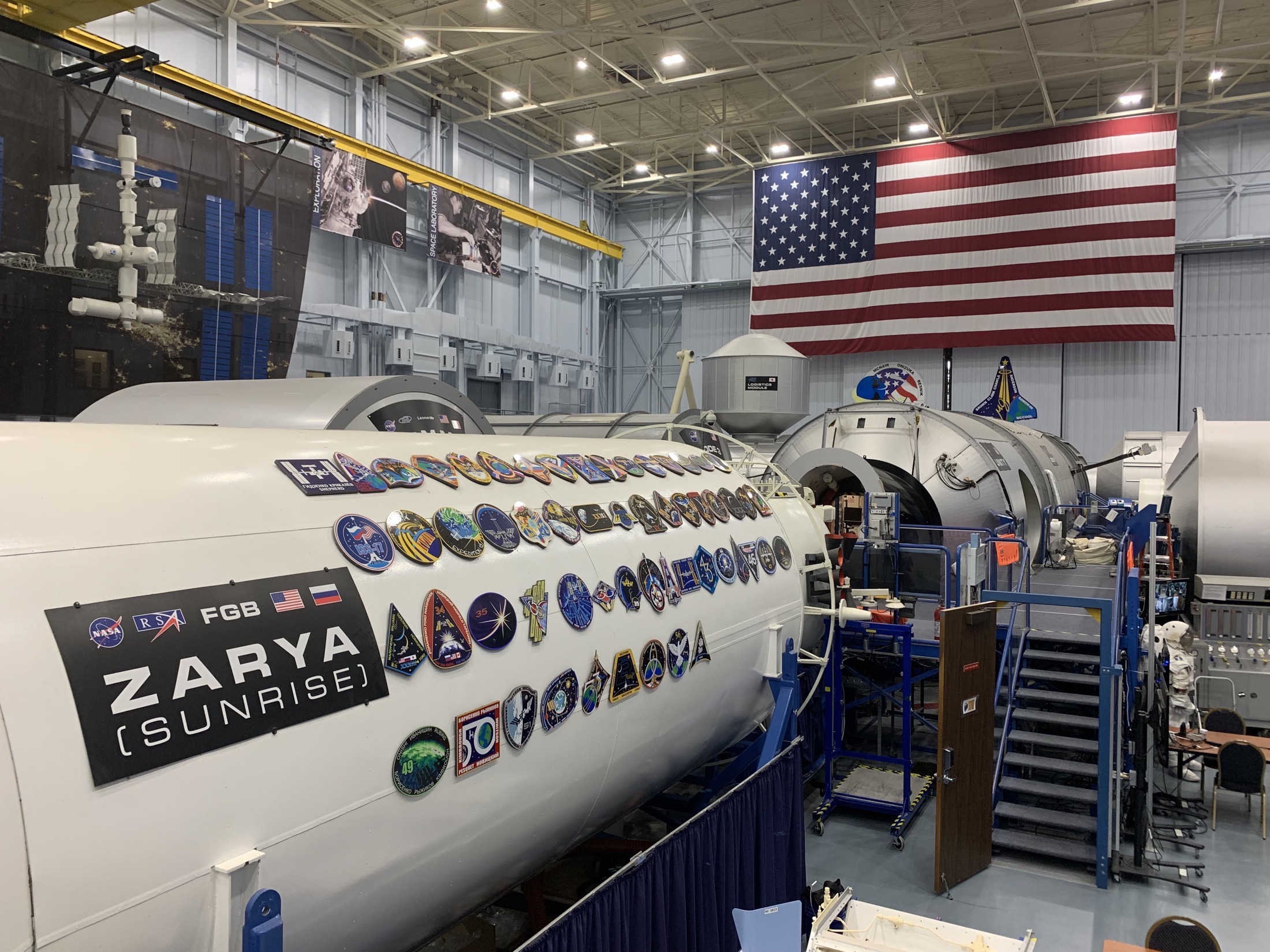 To train for spacewalks outside the station, crews work in NASA’s Neutral Buoyancy Lab, which is a giant pool with various modules at the bottom. Astronauts prepare for months here, with their gravity offset by the water itself and an ingenious crane system. I’ve always been fascinated by this facility, and it did not disappoint. Below those bubbles, real NASA work was taking place!

Johnson is home to one of the three remaining Saturn V rockets that were left after the Apollo program ended. I have now seen all three, having previously been to Kennedy Space Center in Florida and to Huntsville’s Marshall Space Center. Those two rockets are lifted up in their buildings, so visitors can walk underneath them, but the Houston example is at ground level, and I think feels even more impressive because of it: 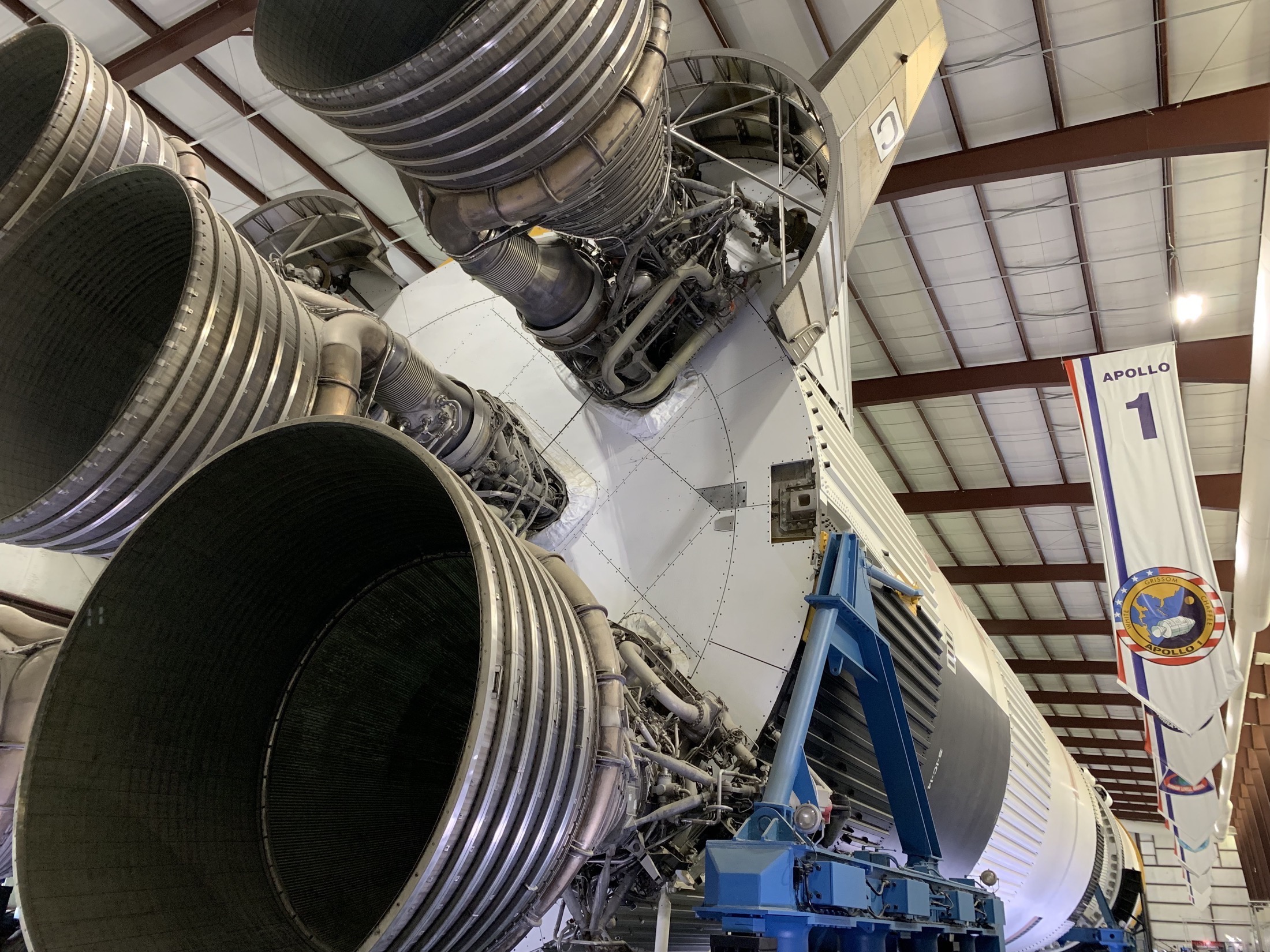 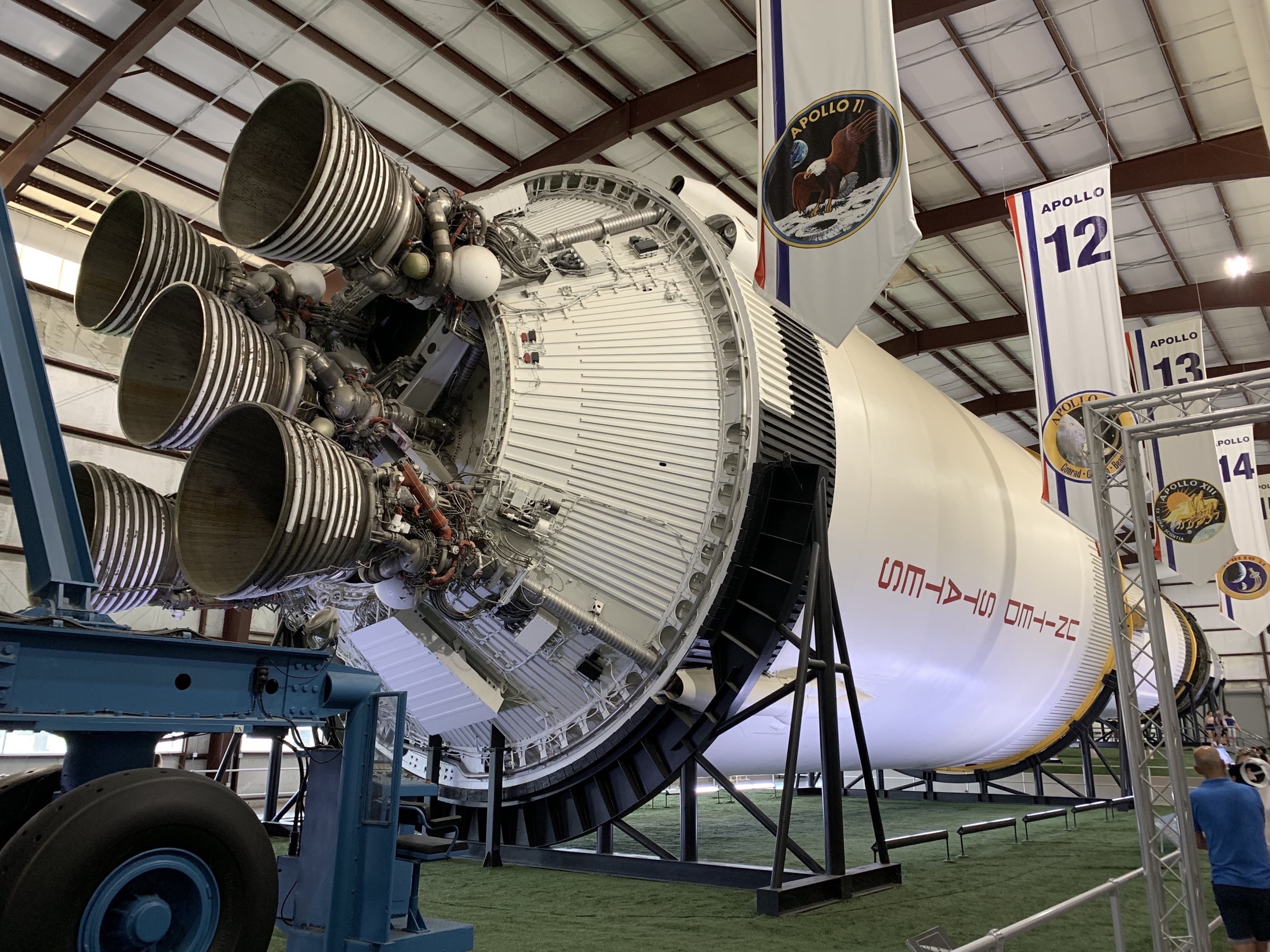 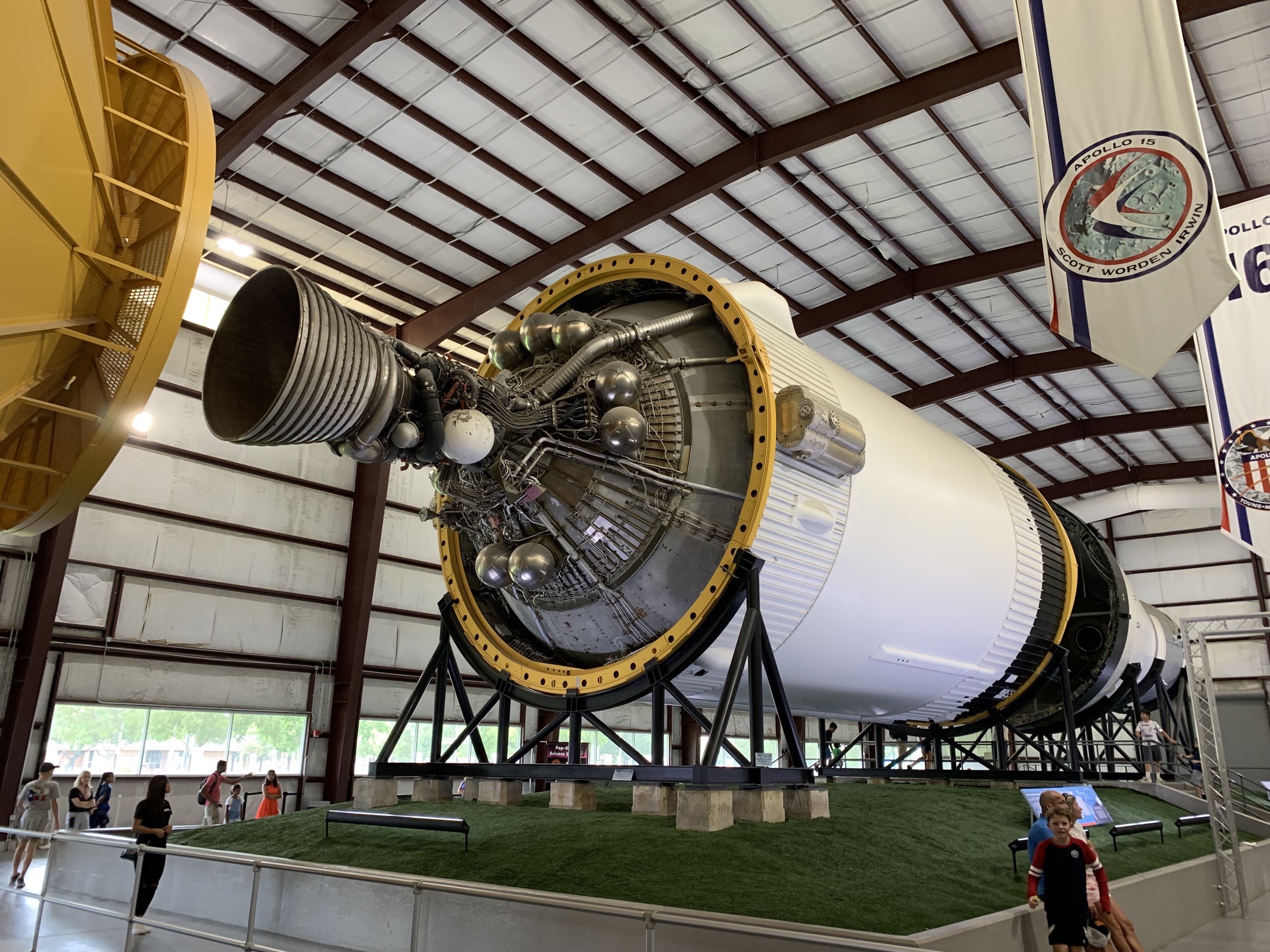 Before I got to Houston, I thought that the Neutral Buoyancy Lab would be the highlight of the tour for me, but I was wrong, because we got to go inside the recently-renovated Apollo Mission Control. I cannot do the feelings I had when we walked in any justice here, so I will simply provide this link about the renovation and share some of my photos. 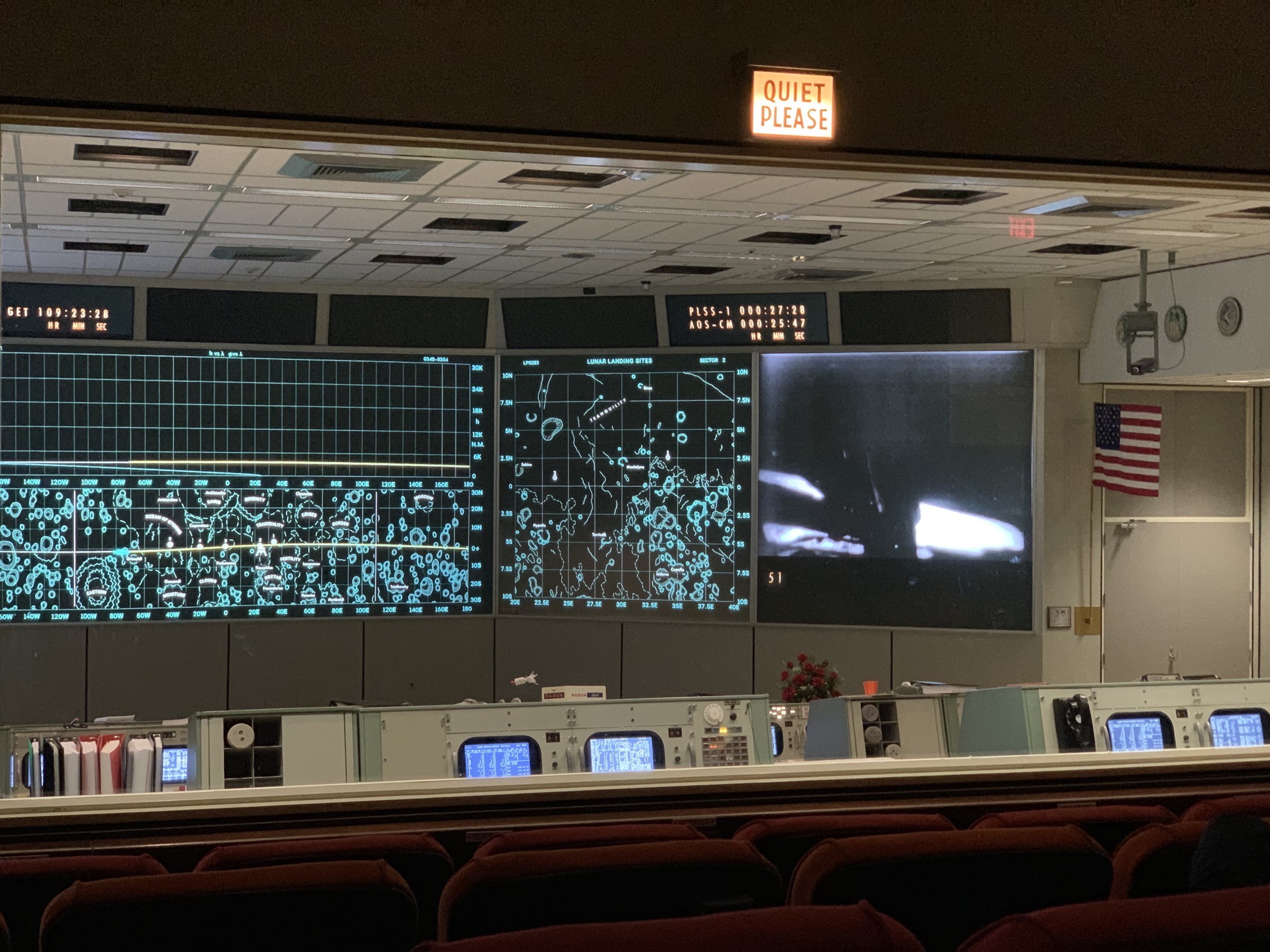 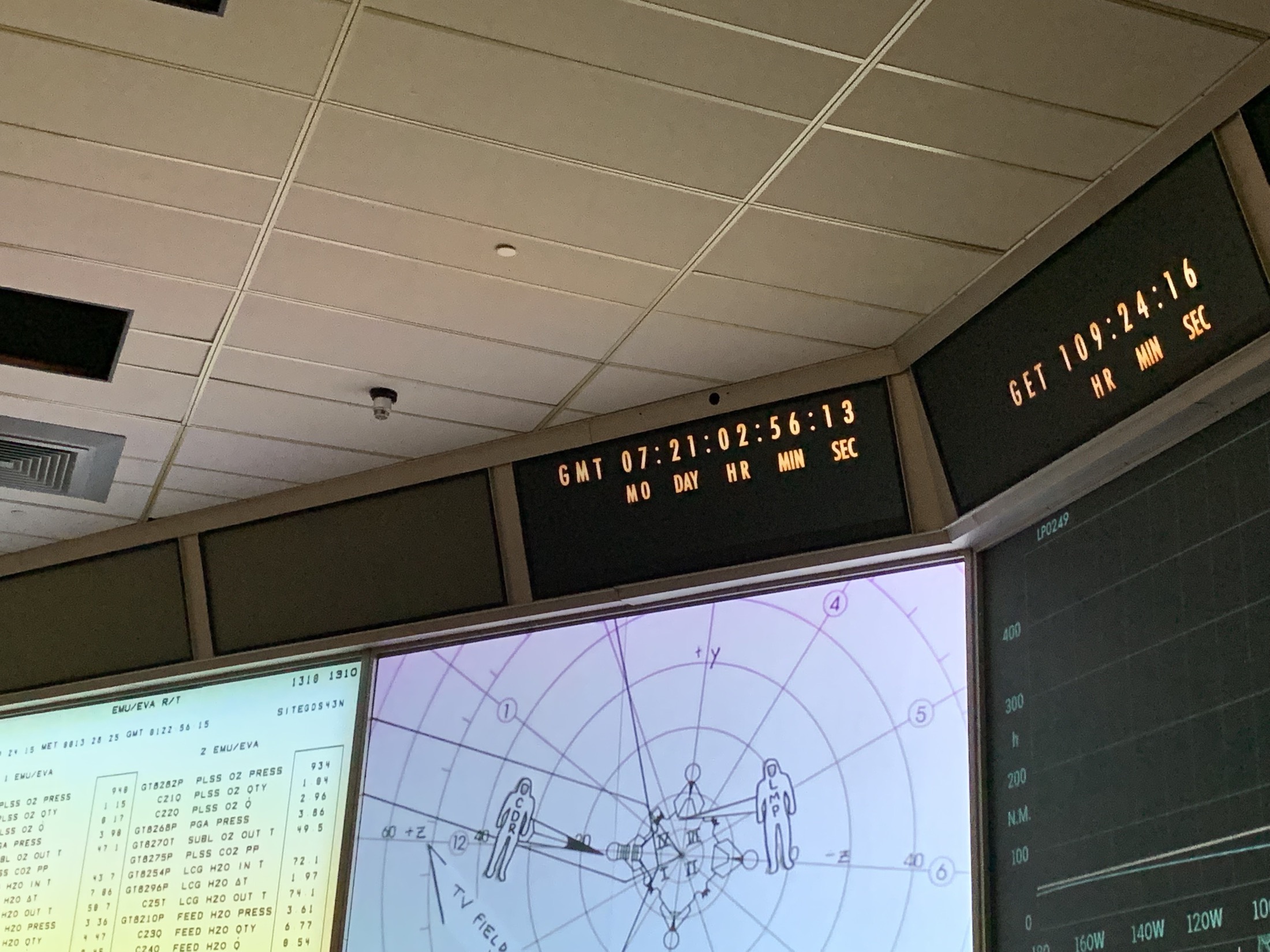 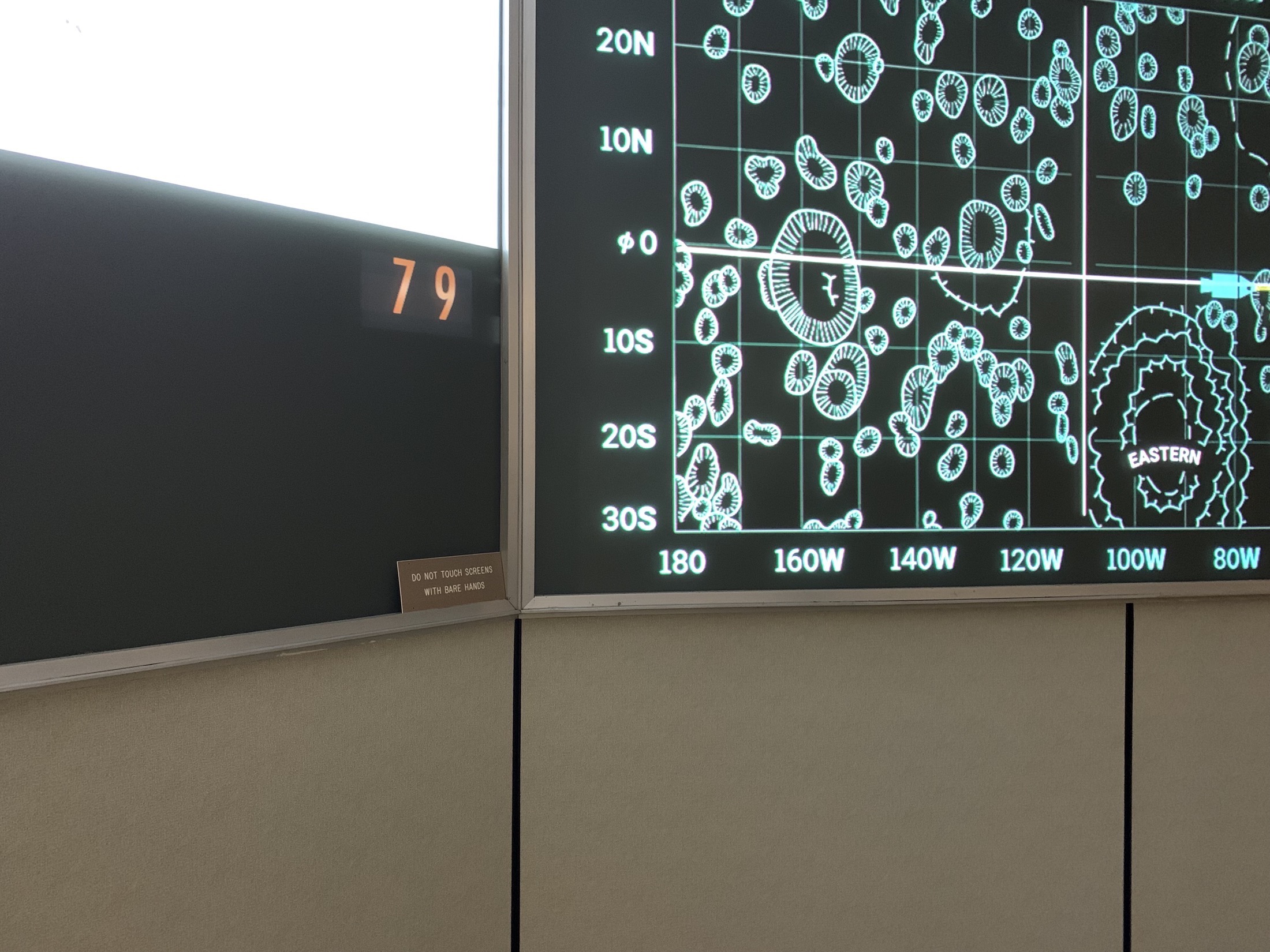 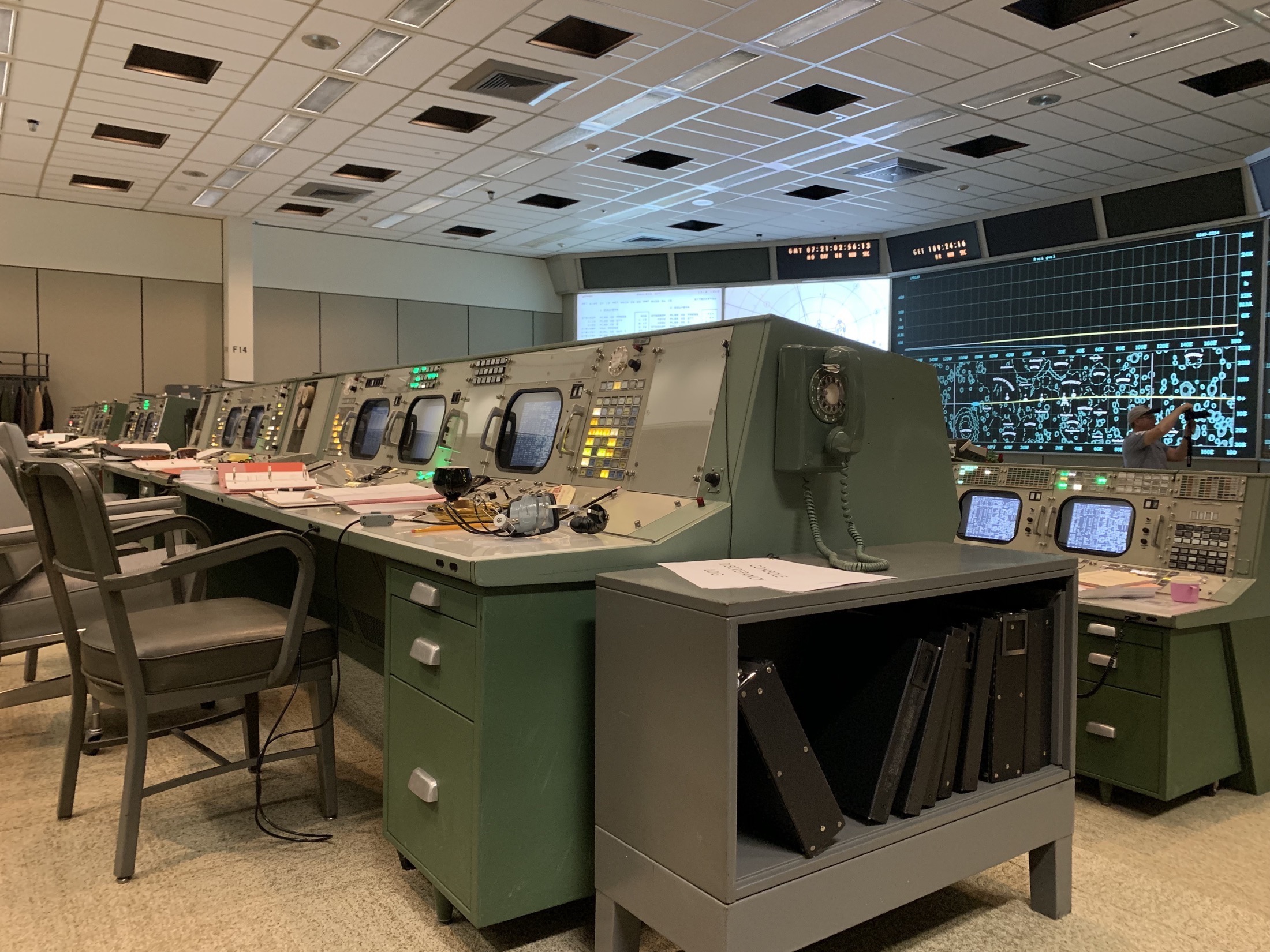 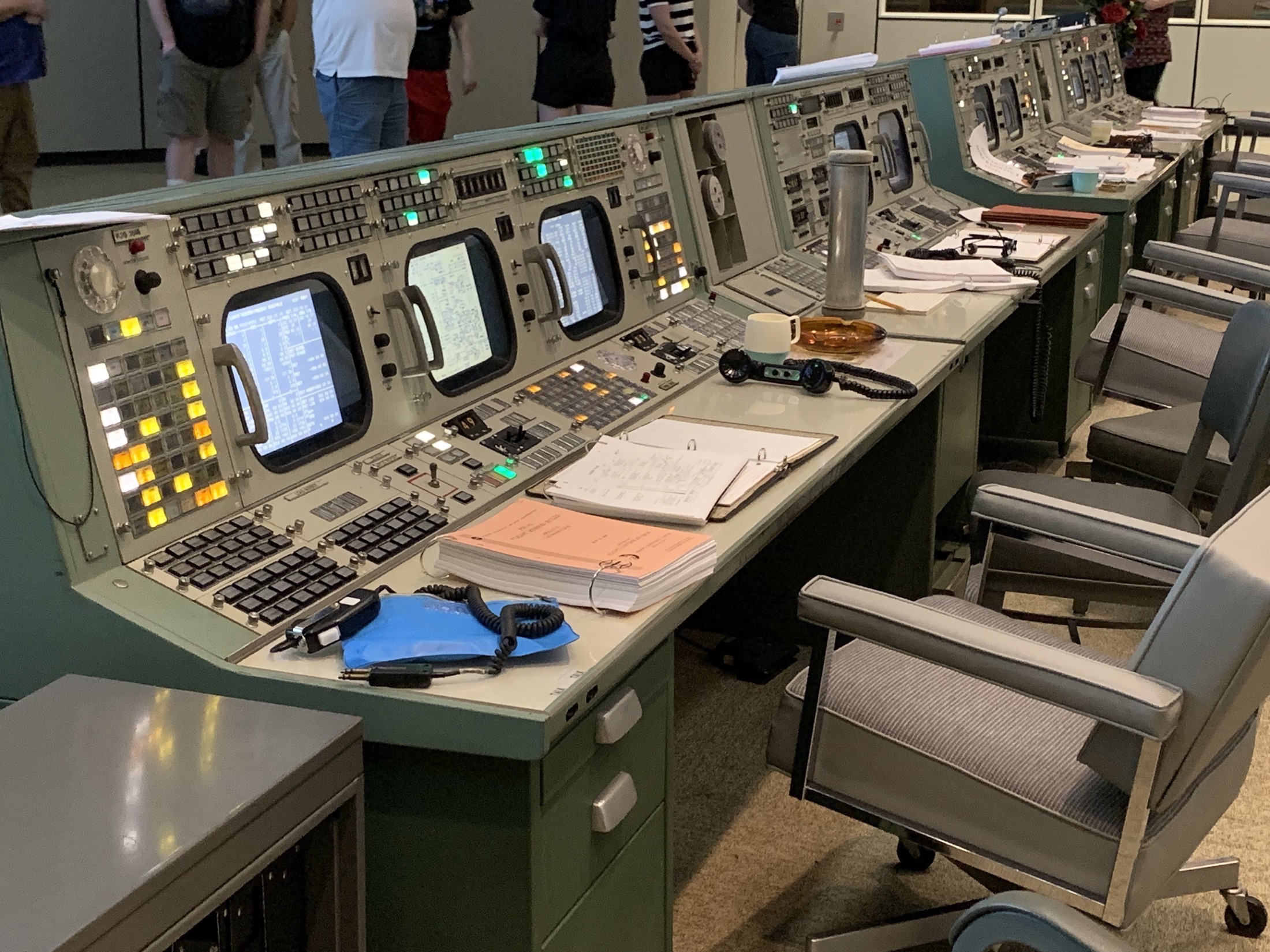 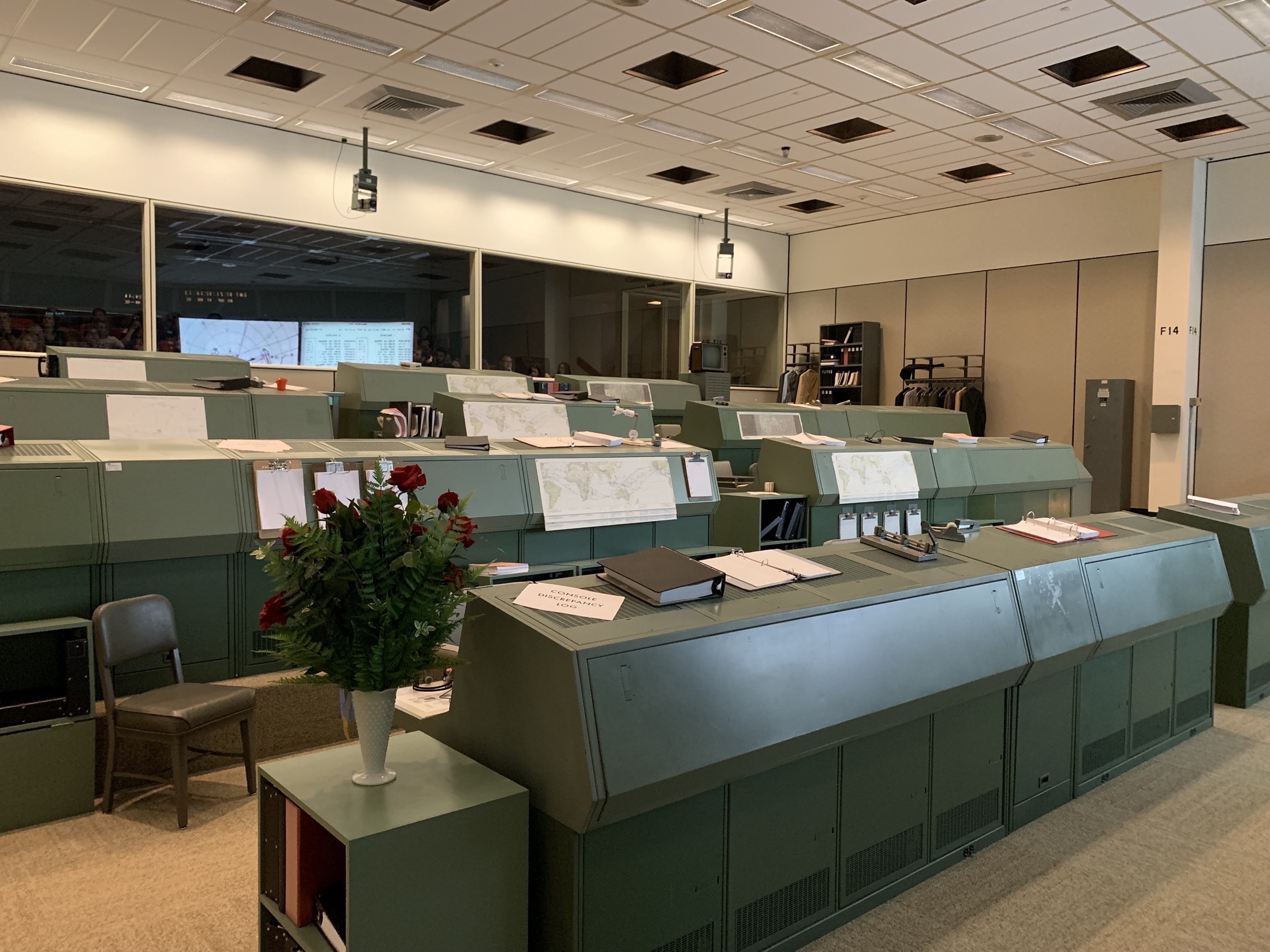 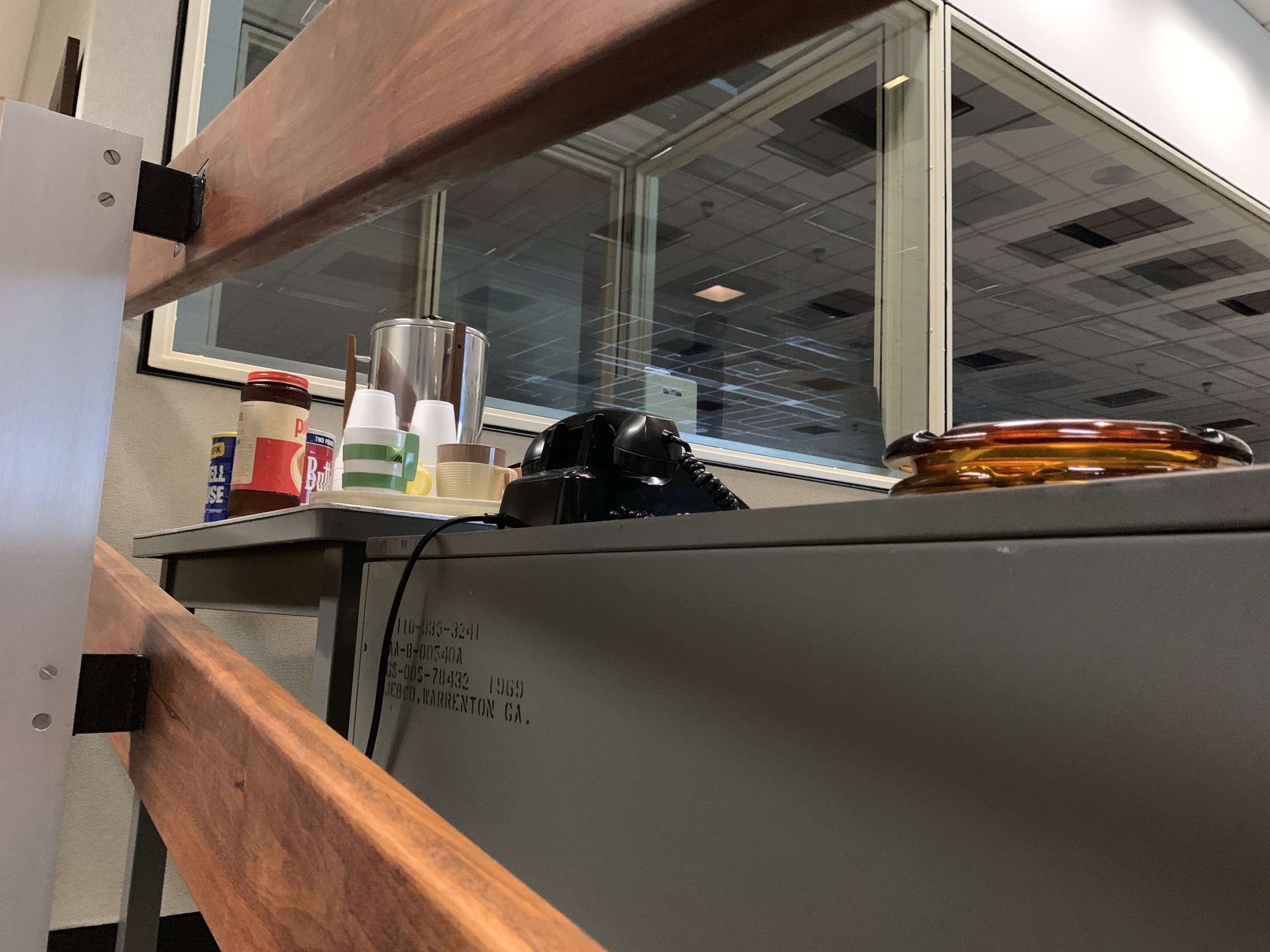 Apollo Mission Control is hallowed ground to many space nerds, and it was breathtaking to spend some time in the room where the work of 400,000 people coalesced into a single room to answer a radio call from the heavens.