Last year, I bought a slightly-used Toyota Tacoma, fulfilling my destiny as a pickup owner in the southern United States. I instantly fell in love with it, but the Toyota-installed radio was garbage, so I started thinking about changing it out with something that would give me CarPlay.

My Tacoma is a 2015, so replacing the head unit wasn’t too bad. On most newer cars, the radio is so integrated into the dash and other controls, it’s just about impossible to swap it out. It, did, however, require quite a bit of wiring on my part: 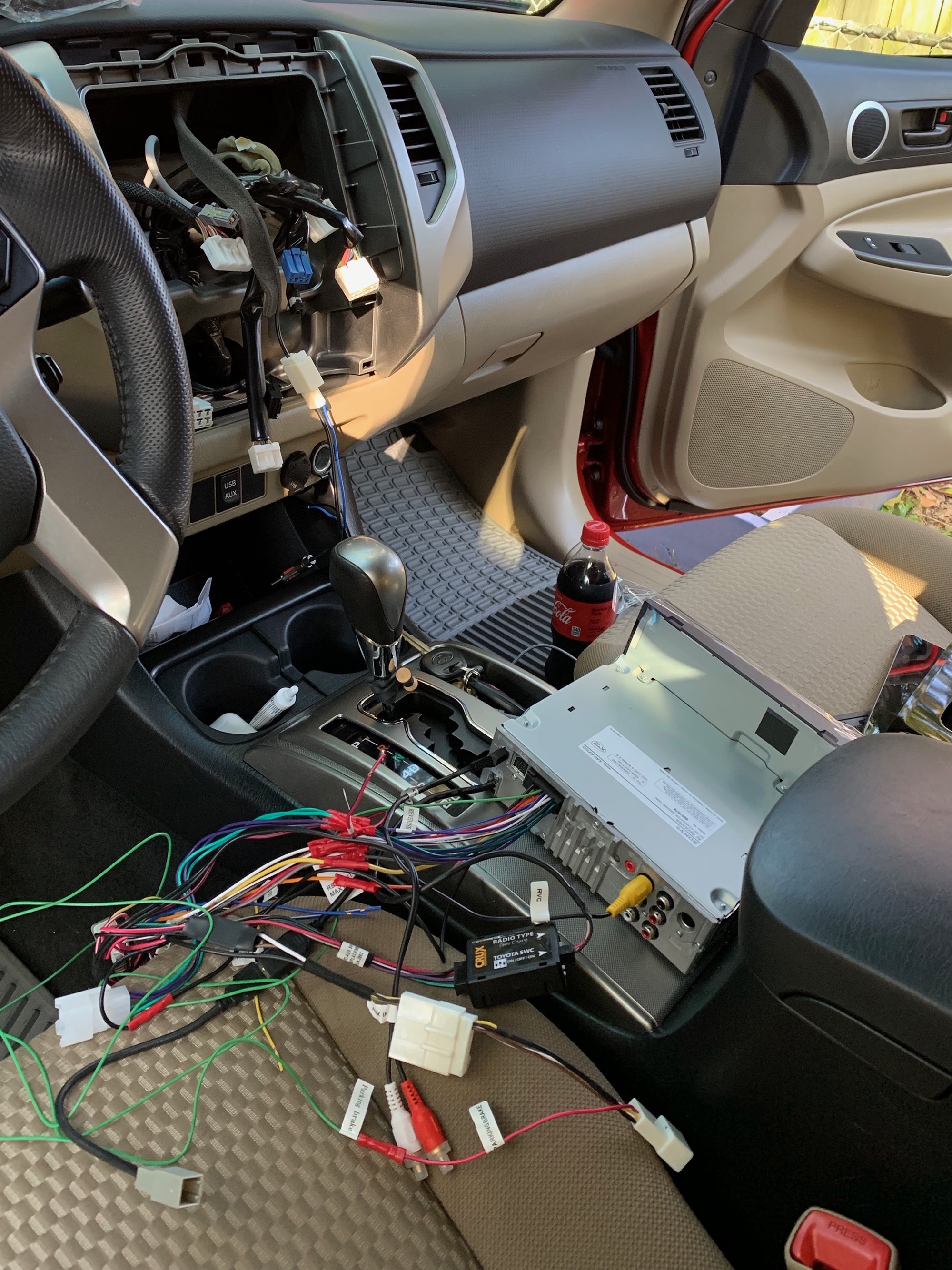 If you feel dizzy looking at all of those wires, doing this yourself may not be for you, which I totally understand. This wasn’t my first rodeo.

Thanks to Crutchfield’s super helpful website, I knew everything I had ordered would be good to go. A lot of those wires go to the speakers, but there’s plenty of other stuff going on, too. The Tacoma’s backup camera shows on the display when I put the truck in reverse, the important steering wheel controls continue to work. I also wired in a microphone, placing at the top of the A-pillar near the top of the windshield. Thankfully, I was able to re-purpose the USB port already placed in the dashboard.

The head unit I ended up with is the Sony XAV-AX100, which has since been replaced with a newer model, as I did this install a year ago. I went with the Sony for its understated looks and its physical volume button, something many modern head units lack. 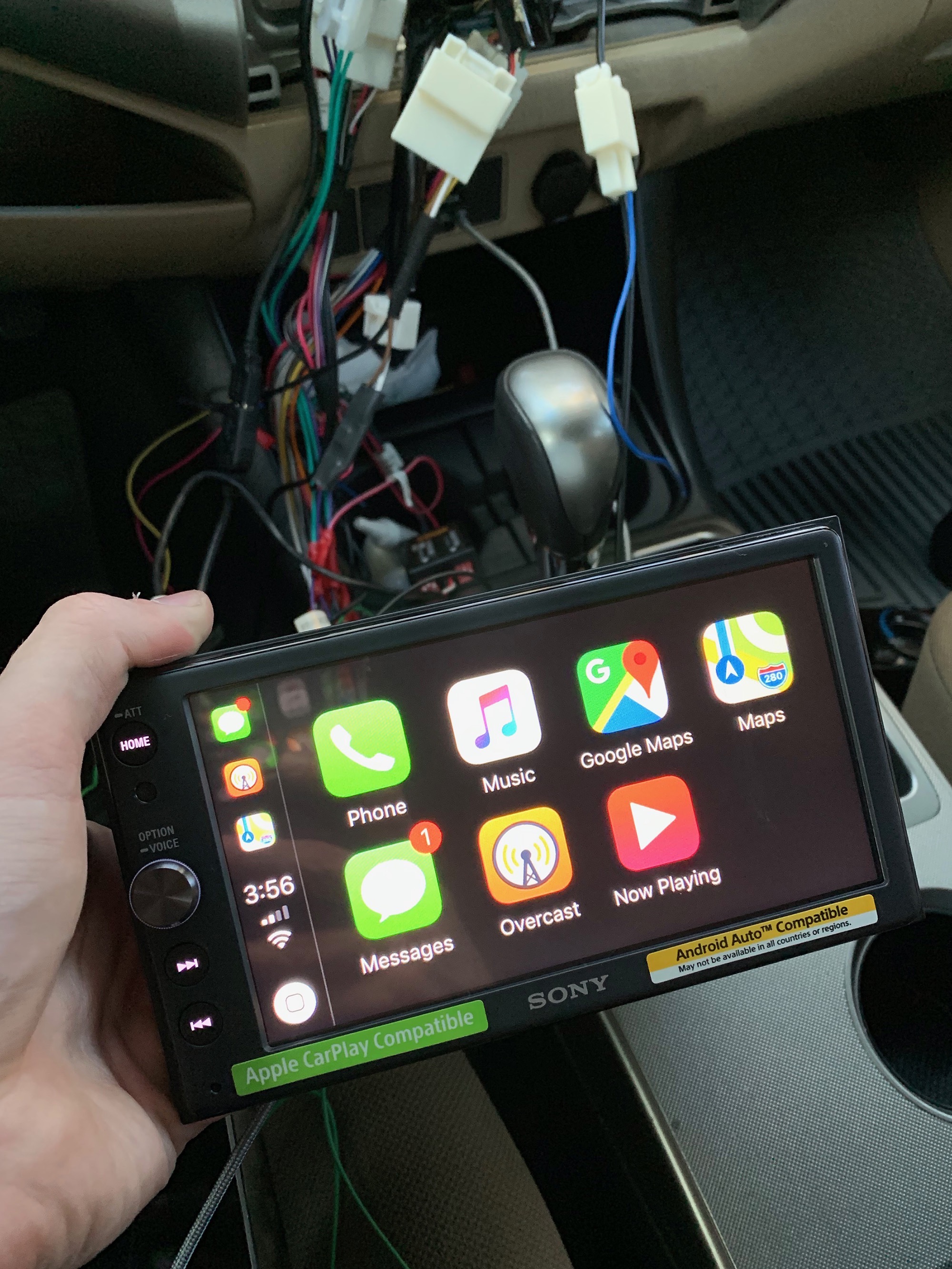 It’s been a year since I installed the Sony in my truck, and I’ve been really happy with it. CarPlay is great, especially after its iOS 13 update. Thanks to the microphone, my voice is clear and loud for both Siri and phone calls, and having Apple Music, iMessage and Overcast just a few taps away is a lot safer than reaching for my iPhone. 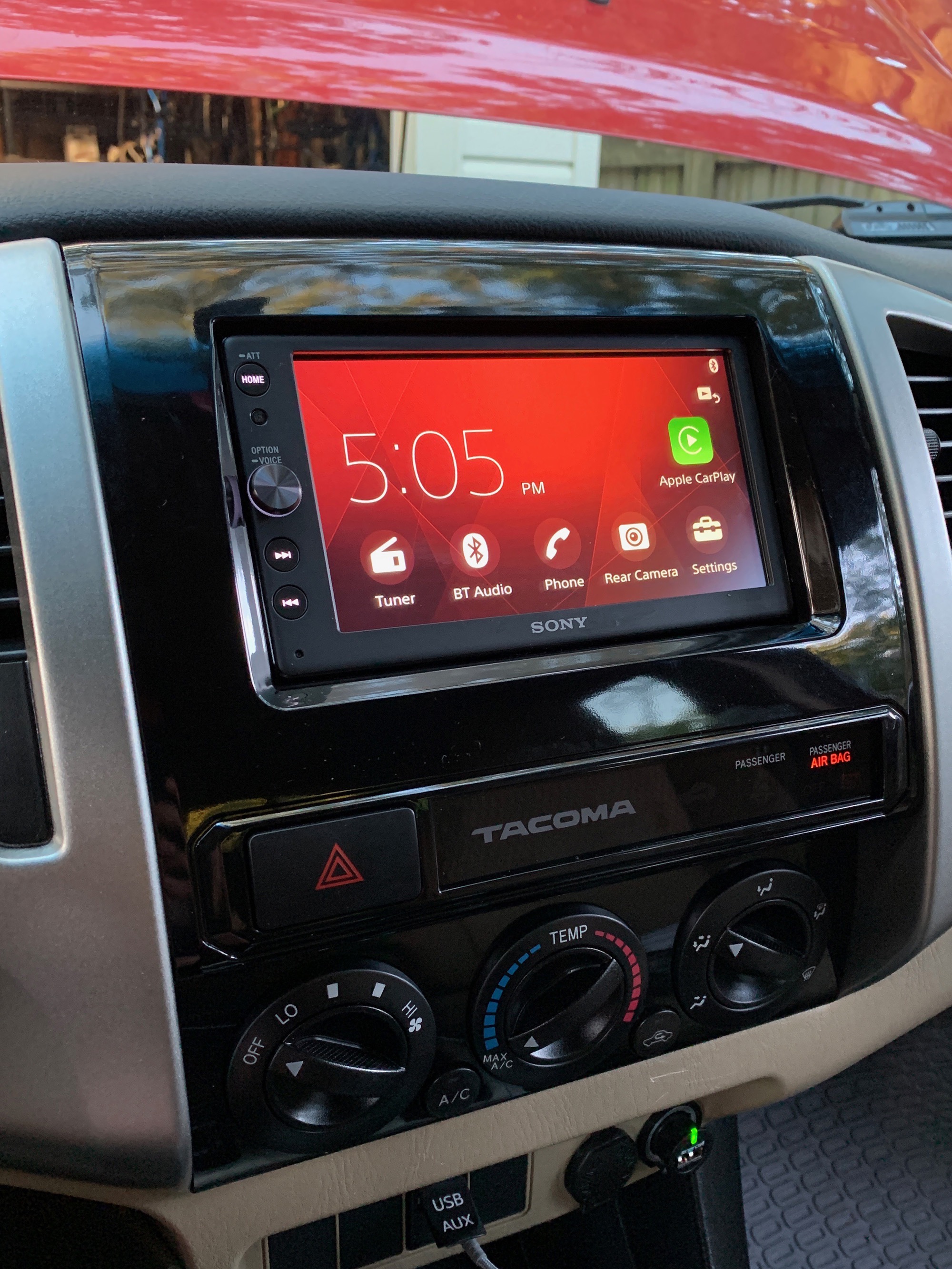