The 2010s are gone, so I thought it would be a good time to talk about what I think were Apple’s most influential products in the last ten years. Time to get some real work down and talk about the iPad.

The iPad 2 was a huge hit, and a big update over the original iPad. The iPad 3 brought with it a Retina display, but it was slower and heavier for it. The iPad 4 — released just seven months later — came with a much-needed improved CPU in the fall of 2012.

A year later, Apple took the wraps off an all-new iPad, dubbed the iPad Air. This tablet cribbed its design from the smaller iPad mini, complete with 43% thinner bezels on the long side of the screen and chamfered edges. It weighed just 1 pound, a full .44 pounds less than the iPad 4. I mean, in Apple’s official press photo, it looks like the thing is floating: 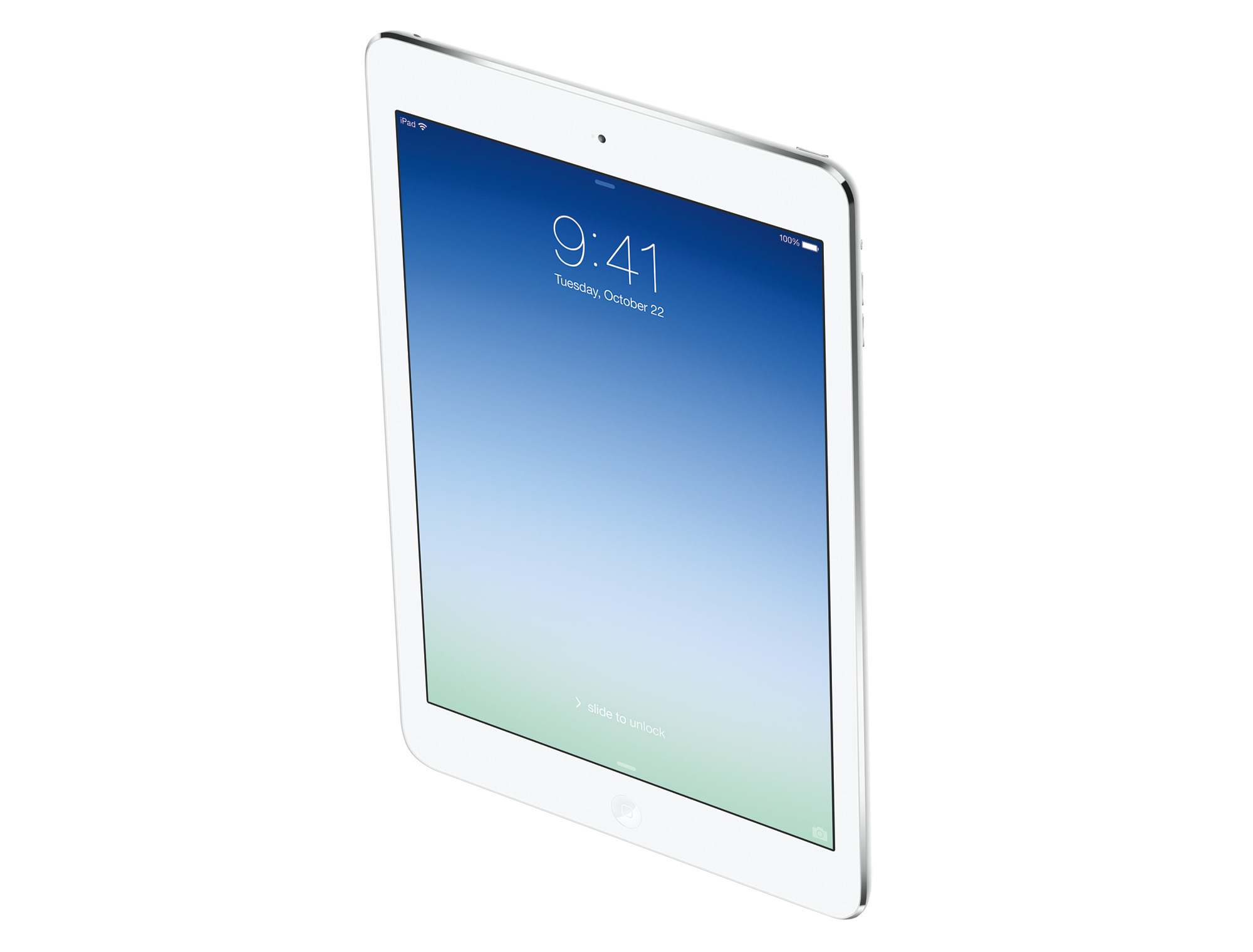 The iPad Air was 20% thinner than the iPad 4, and this new thinness was made possible by several advances. The 9.7-inch screen wasn’t yet laminated to the cover glass, but Apple’s engineers did what they could to shave as much space out as possible between components. The new A7 processor was far more efficient than the outgoing silicon, letting the iPad Air get by with less battery.

This iPad was remarkably different in the hand, something I noted in my review:

All of this adds up to something larger than just numbers. When picking up my wife’s iPad 4, I’m now surprised by how much the thing weighs. In a way that only Apple can, it’s managed to make its year-old product look and feel … gross.

This meant using a full-sized iPad out and about was easier than before. The iPad mini was smaller, but now the 9.7-inch model wasn’t the beast it once was.

That A7 CPU didn’t just mean the battery could be smaller, but it made the iPad Air 2x faster than the iPad 4, which was still struggling a but pushing so many pixels around. The iPad Air was the first iPad that felt fast, all the time, and I remember being really impressed with its performance.

Like the iPhone 6 I chose for the iPhone of the decade, I chose this iPad because it marked a real turning point in the history of its product line. The iPad mini may have pioneered the design used here, but the 9.7-inch iPad was far more popular. With the exception of the current iPad Pro models, every iPad continues to look like the iPad Air. I’m not sure a random person off the street could pick it out of a lineup of more modern iPads, actually. Apple flexed its hardware muscles with the iPad Air, and while it is not supported by iOS 13, the tablet itself still seems modern and fresh.