The iMac is one of the many iconic devices designed by Apple, with the all-in-one Mac consisting of a thin display housing the main components and a small stand to hold the display at eye-level for the user. While the design has received refinements over the years to make the main screen section thinner and sleeker, Apple is also mulling over making a more striking change to its design.

In a patent application published by the US Patent and Trademark Office for an “Electronic Device with Glass Housing Member,” Apple is exploring the boundaries of the iMac by proposing one that is effectively formed from a single sheet of glass.

Here’s a bit from that application:

I read that about three times and still struggled to visualize this, but thankfully, the filing includes some images of a display that curves down to meet the desk it is resting upon: 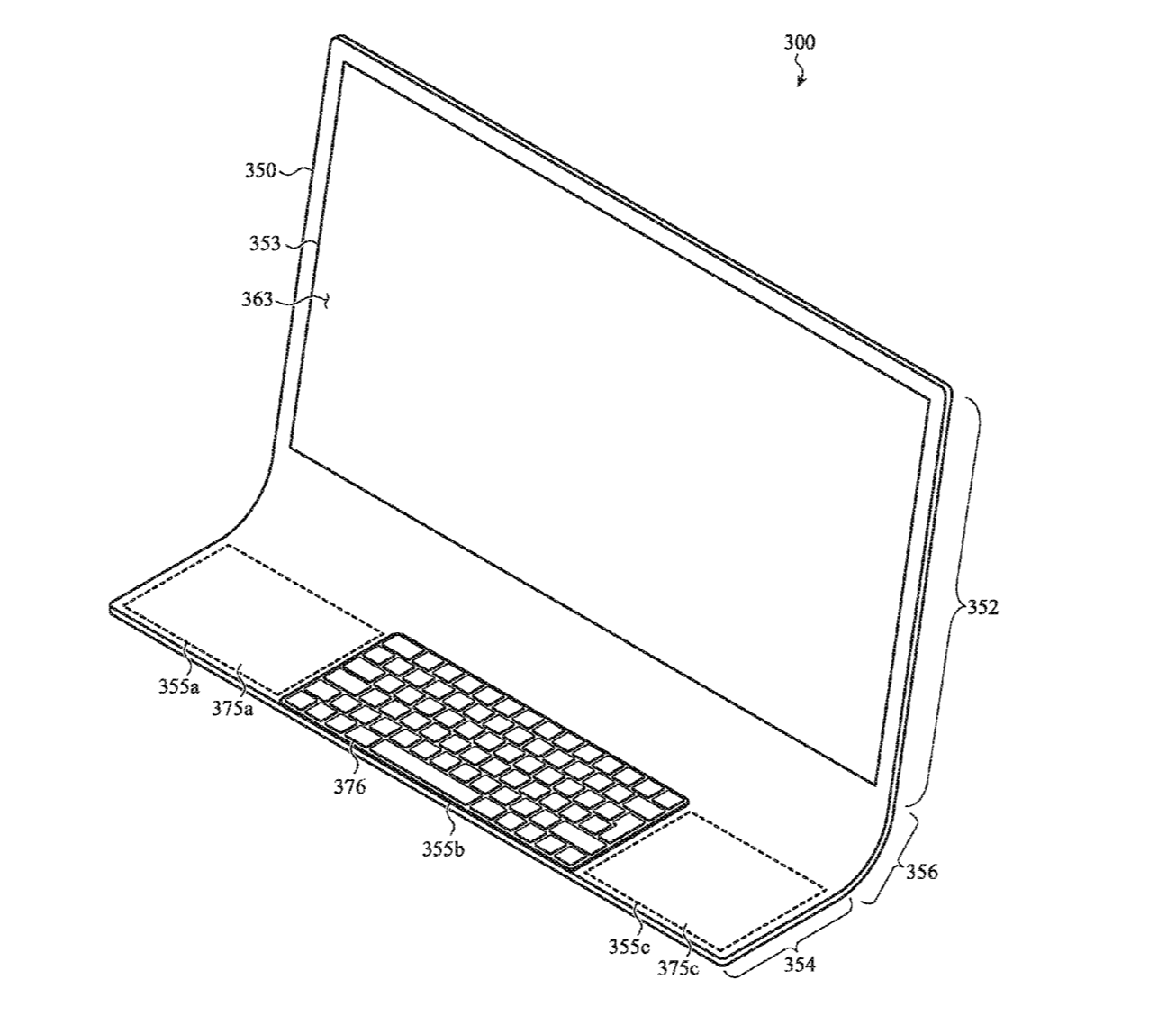 Apple files lots and lots of patents, and the vast majority of them that feature entire product designs don’t ever see the light of day. This filing doesn’t mean that Apple’s next iMac is going to look like this, or was ever going to. Apple didn’t even have to make a device like this in a secret lab to file its paperwork.

I suspect a redesigned iMac will take cues from the Pro Display XDR in terms of design, with squared off edges and much smaller bezels. While I think this patent application looks pretty sweet, I wouldn’t count on seeing it anytime soon.