Apple today updated the 13-inch MacBook Pro with the new Magic Keyboard for the best typing experience ever on a Mac notebook and doubled the storage across all standard configurations, delivering even more value to the most popular MacBook Pro. The new lineup also offers 10th-generation processors for up to 80 percent faster graphics performance1 and makes 16GB of faster 3733MHz memory standard on select configurations. With powerful quad-core processors, the brilliant 13-inch Retina display, Touch Bar and Touch ID, immersive stereo speakers, all-day battery life, and the power of macOS, all in an incredibly portable design, the new 13-inch MacBook Pro is available to order today, starting at $1,299, and $1,199 for education.

This is not the rumored 14-inch MacBook Pro that many of us still hope to see, but it does mark the end of the butterfly keyboard in everything but the cloth-covered iPad Smart Keyboards. This version of the new Magic Keyboard comes complete with a physical escape key and inverted-T arrow keys. 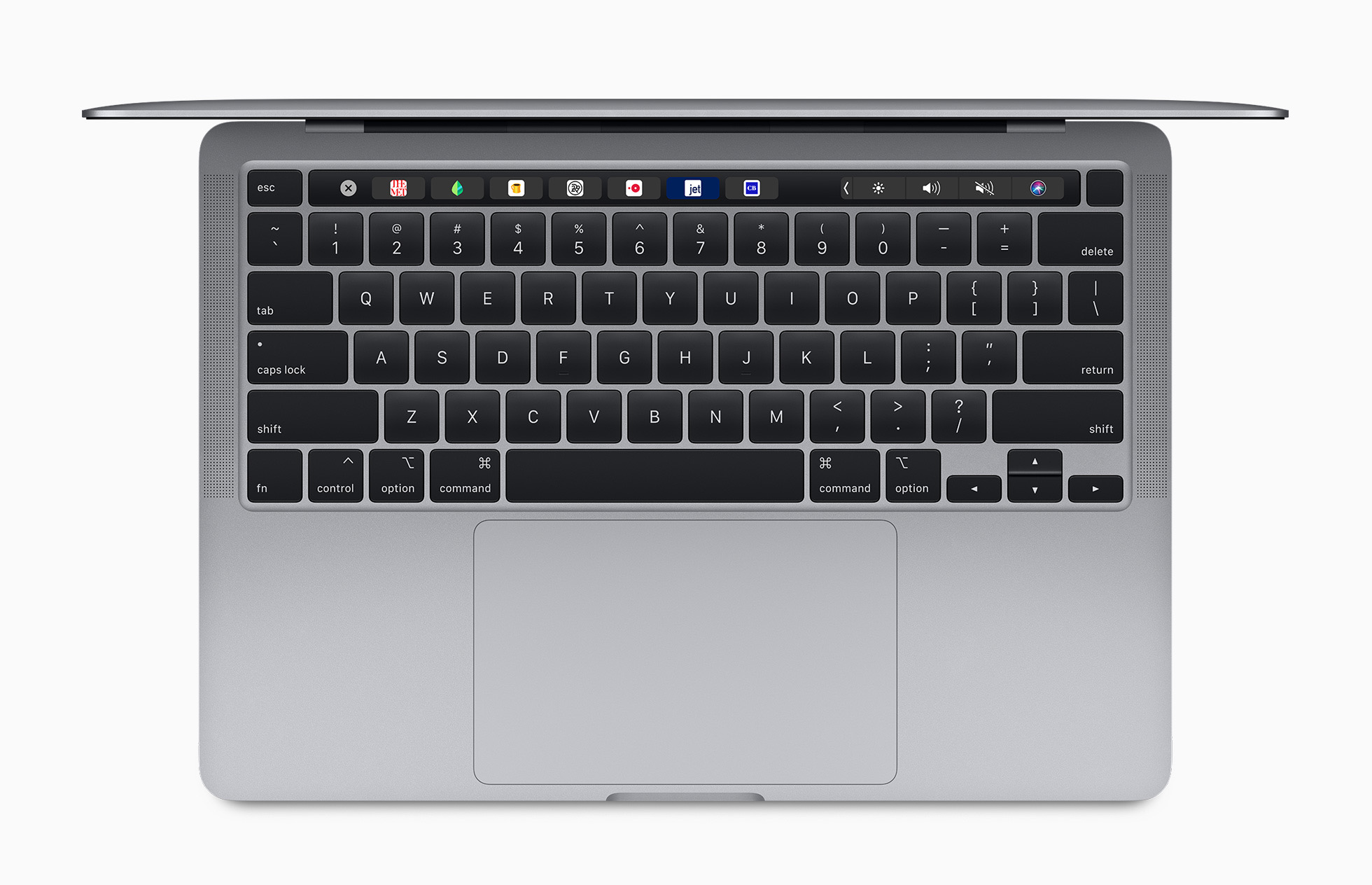 There is more to this update than the new keyboard, however.

Like before, the 13-inch MacBook Pro comes in both two port and four port configurations: 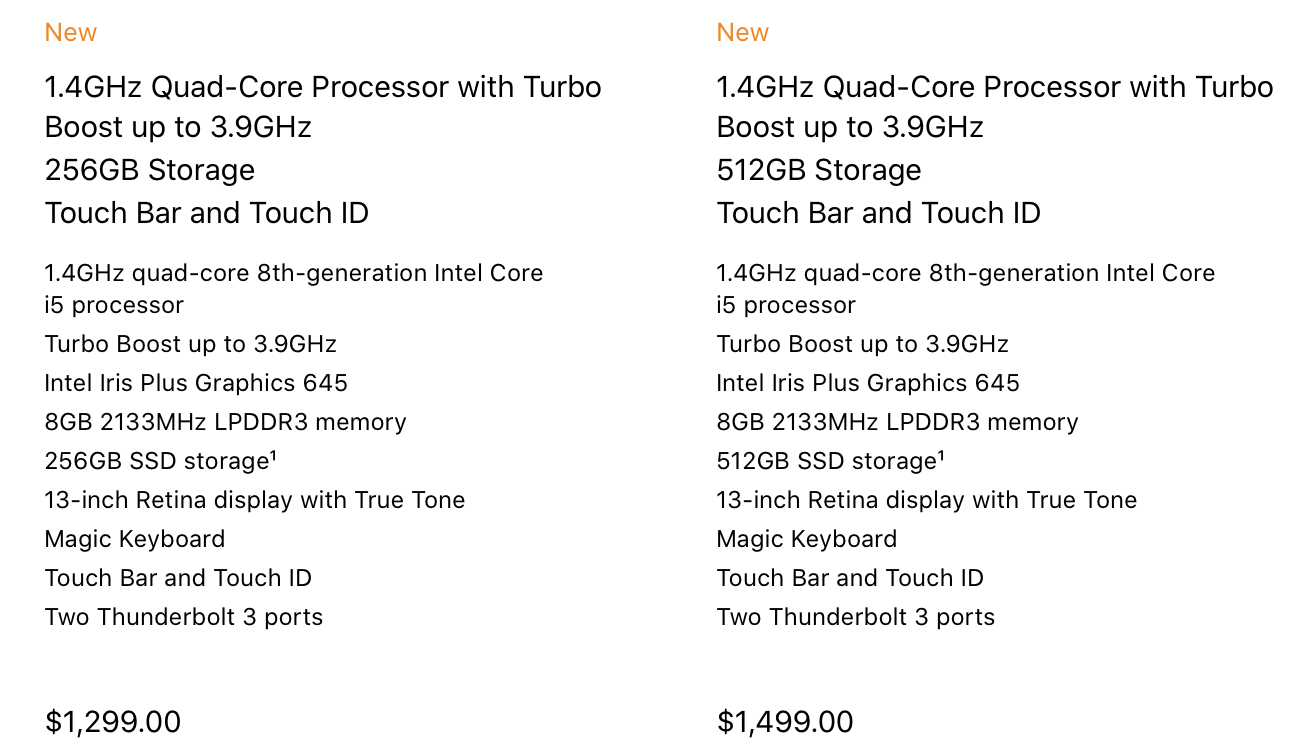 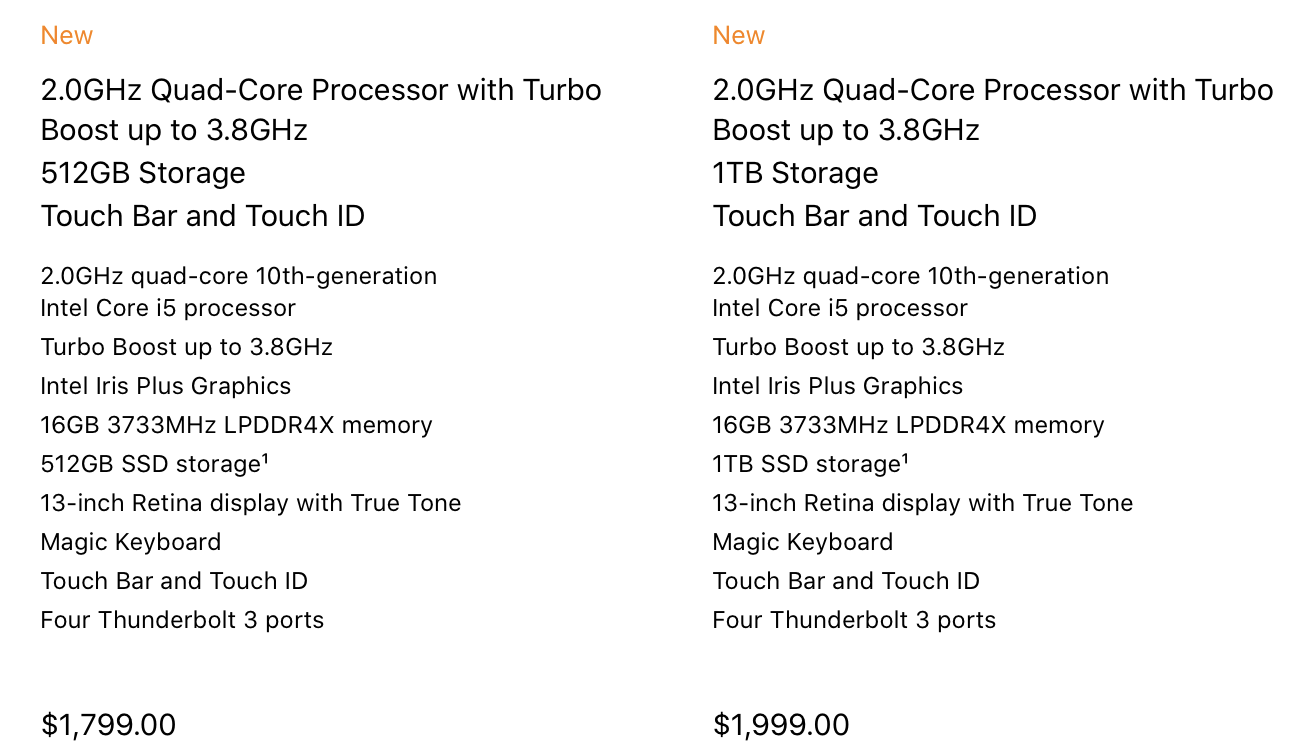 The two-port machines come with the Touch Bar and Touch ID, and slower, older processors. The $1,299 and $1,499 SKUs both come with 8th-gen, quad-core Intel Core i5s, running at 1.2 and 1.4 GHz respectively. Both options support Hyper Threading and their Turbo Boost speeds top out at 3.9 GHz.

We’ll have to see how these machines fare in the real world, but in theory, the four-port models should run faster without much tradeoff in heat and battery life compared to the two-port machines, thanks to the progress Intel has made. Those models also have a more powerful GPU, and can drive the Pro Display XDR.

In non-CPU news, the base storage has been doubled across all base configurations, and can be topped out at 4 TB on the four-port models.

This looks like a really great update if you’re in the market for a small MacBook Pro. I’m pleased that Apple can keep options below $1,799, but it’s a bit of a shame how much better the more expensive machines look to be. Honestly, I’d probably look at the new MacBook Air over the entry-level MacBook Pro, even if the Pro should be a little faster.