macOS Big Sur is bringing with a sweeping overhaul of the Mac user interface — perhaps the biggest change since Aqua was first introduced two decades ago.

As different as the new interface is, it does build on the shoulders of what came before it. Big Sur still feels like macOS, and that is more important than any given detail Apple may have gotten right or wrong in the next version of macOS. The Dock, Menu Bar and other major elements of the UI are still present. Even things like sidebars — which now extend all the way up the side of their parent window — are immediately recognizable.

One of the newer features in the macOS interface is Accent Colors, which were first included with macOS 10.14 Mojave back in 2018. The setting allowed users to tint their Mac’s system controls from a list of colors. For example, here is Catalina running in Dark Mode with the Accent Color set to Orange: 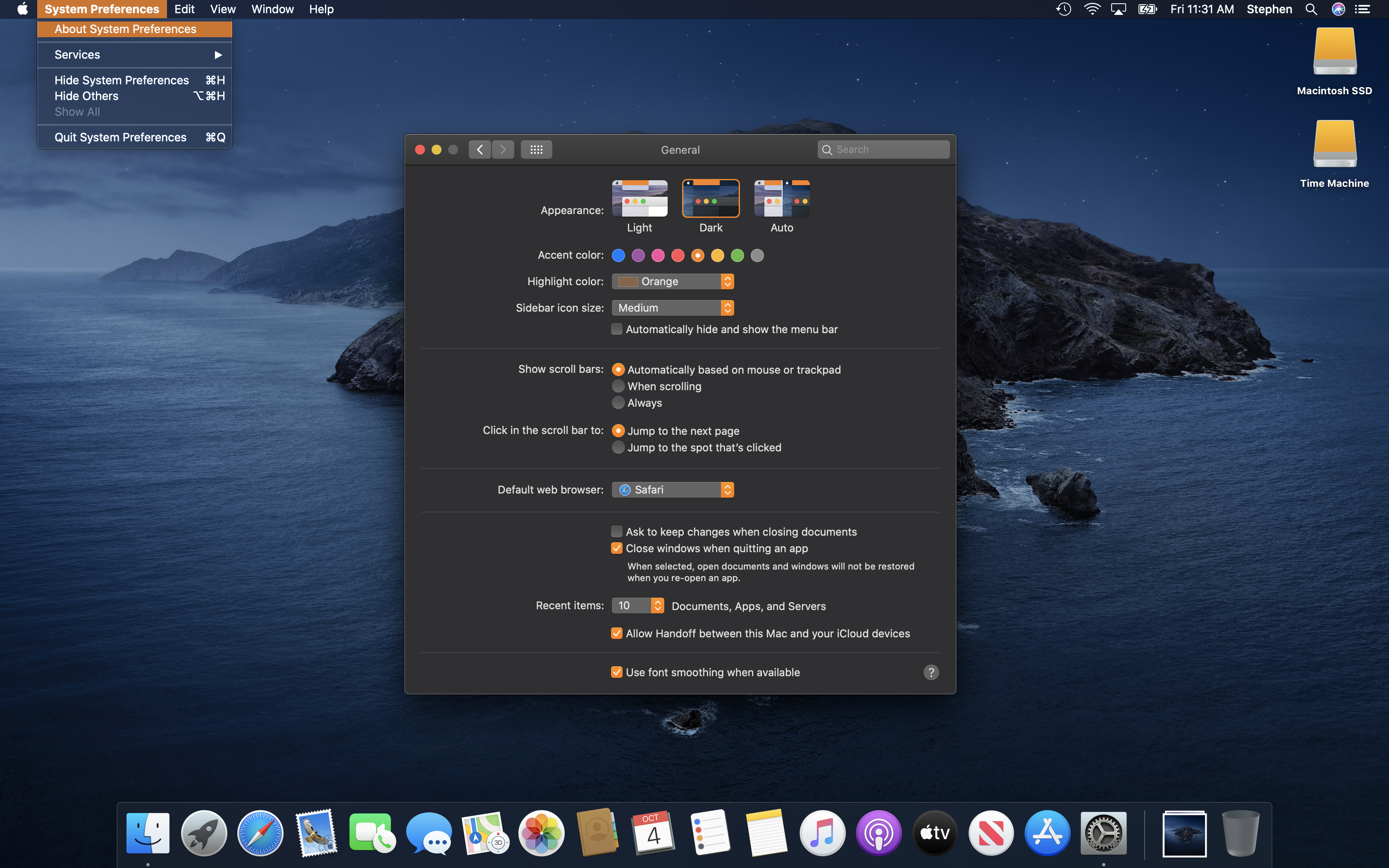 In macOS Big Sur, Apple has cranked these settings to 11, so to speak. 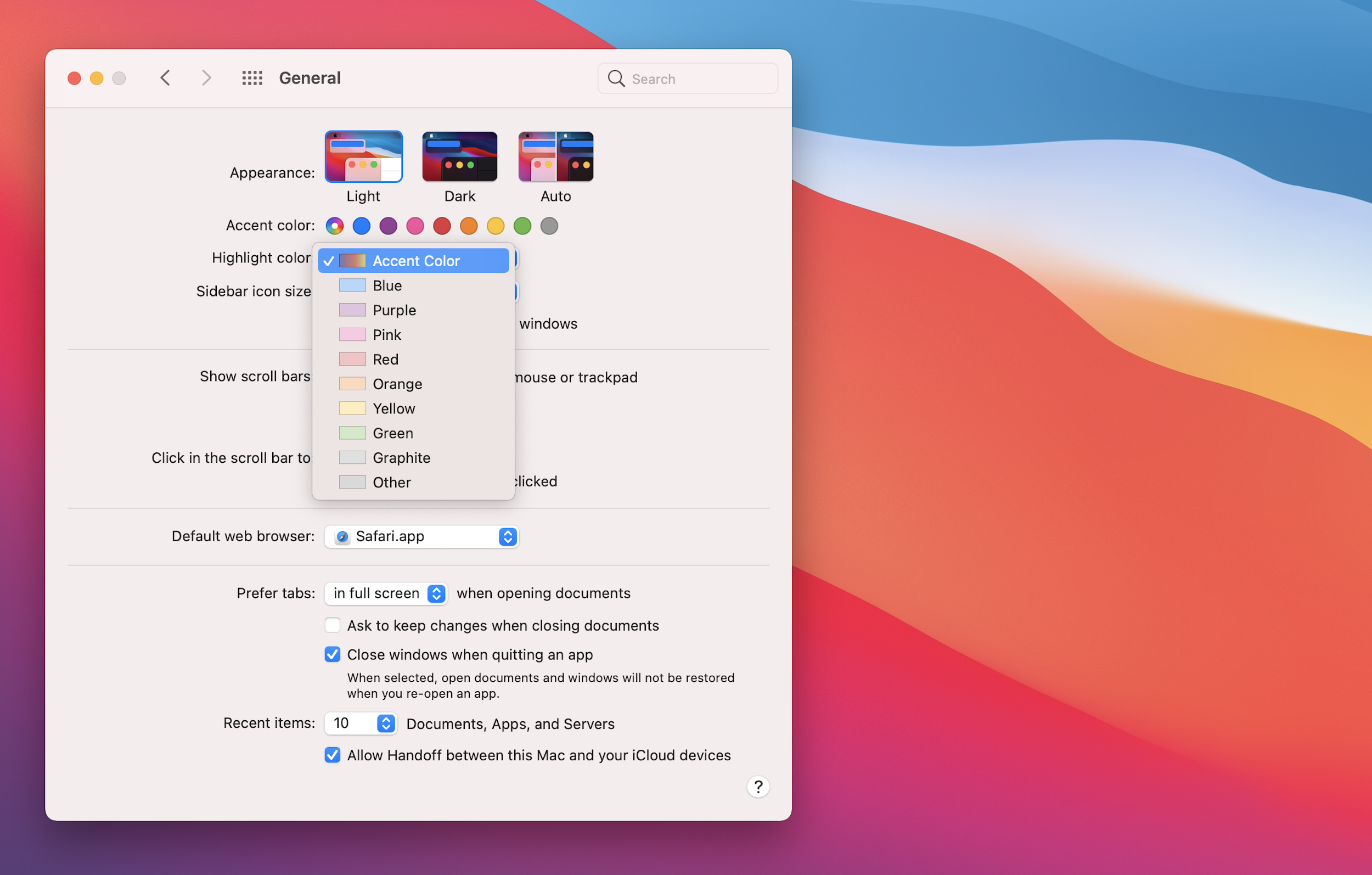 Here’s how Apple describes this in its documentation:

In macOS 11, you can specify an accent color to customize the appearance of your app’s buttons, selection highlighting, and sidebar glyphs. The system applies your accent color when the current value in General > Accent color preferences is multicolor.

If people set the Accent color preferences to a value other than multicolor, the system applies their chosen color to the relevant items throughout your app, replacing your accent color. The exception is a sidebar glyph that uses a fixed color you specify. Because a fixed-color sidebar glyph uses a specific color to provide meaning, the system doesn’t override its color when people change the value of Accent color preferences.

In short, using “Multicolor” and “Accent Colors” as your settings, Big Sur’s UI comes to life in a new way, with developers being able to set their own accent colors. Here are some examples of this in Apple’s own applications:

This addition breathes life into Big Sur’s rather stark UI in a subtle way, and the result is that each app feels a little more special. Notes is yellow; Podcasts is purple; Music is red. I have really come to like this, and I hope third-party developers adopt it quickly. Not only does it make application windows easier to spot, but it makes the Mac more playful than it was before, and that’s a good thing in our era of flat design.