Since … forever … Apple has offered standalone installers for OS updates. This would allow someone to install an older build of any given particular release of macOS, then run one update to catch up: 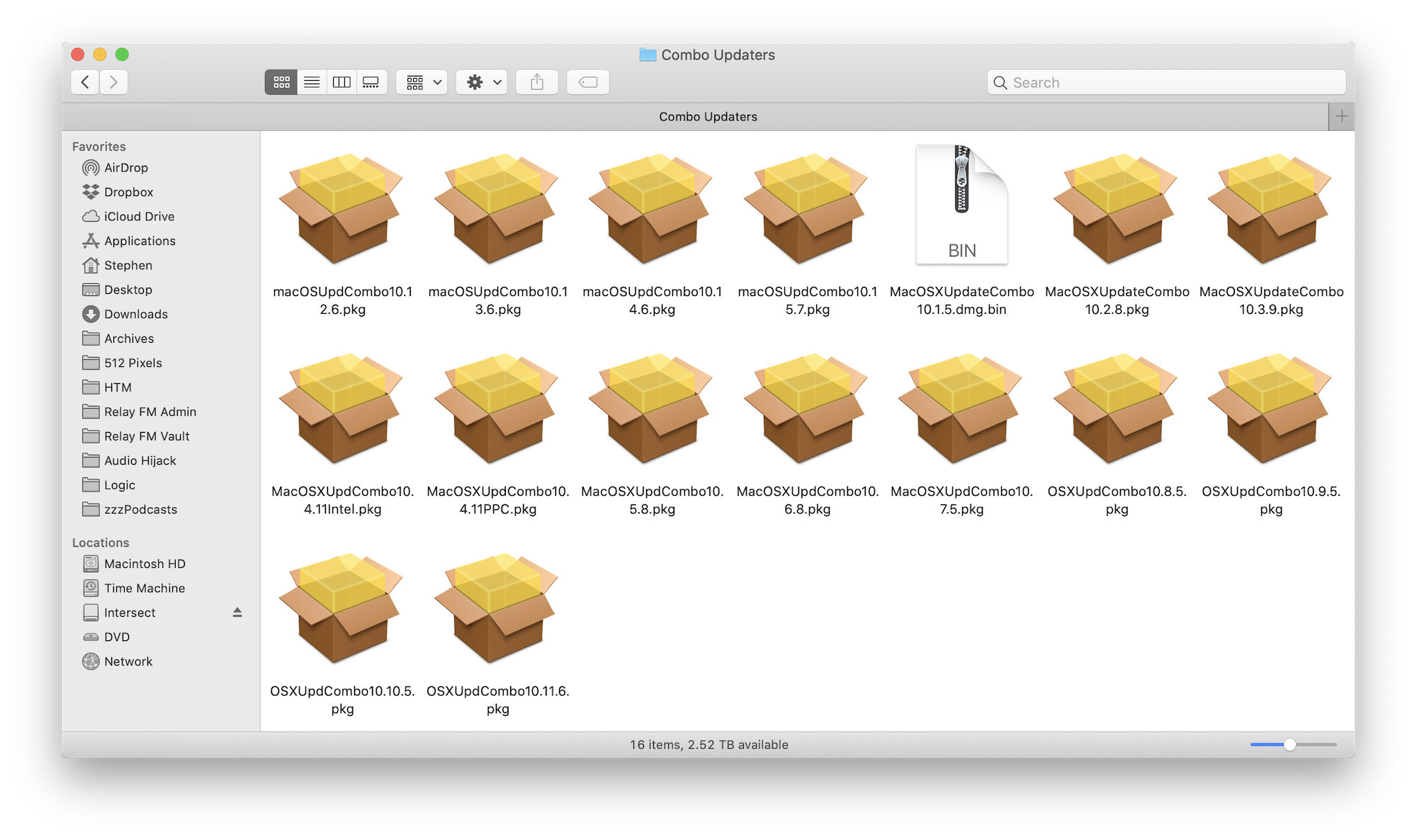 These packages were also very useful while troubleshooting, and could often be used to fix software issues that didn’t require a full reinstall.

If you’ve noticed that I’m writing in past tense, it’s for a reason, as Howard Oakley writes:

Apple released macOS Big Sur 11.1 on 14 December. Although yesterday it finally posted standalone installers for the two concomitant security updates to Catalina and Mojave, no standalone updaters for Big Sur have appeared yet. Neither has it made available a standalone updater for macOS 11.0.1, which was released over a month ago.

Unless a strong case is made for the reinstatement of standalone installer versions of Big Sur updates, it’s most likely that none will be provided for download – as has already happened with the 11.0.1 and 11.1 updates.

I truly hope that this is just a temporary oversight, and that the Combo Update lives on in the macOS 11 era. I fear that I am going to be disappointed.