This morning, a new LEGO space shuttle went on sale: 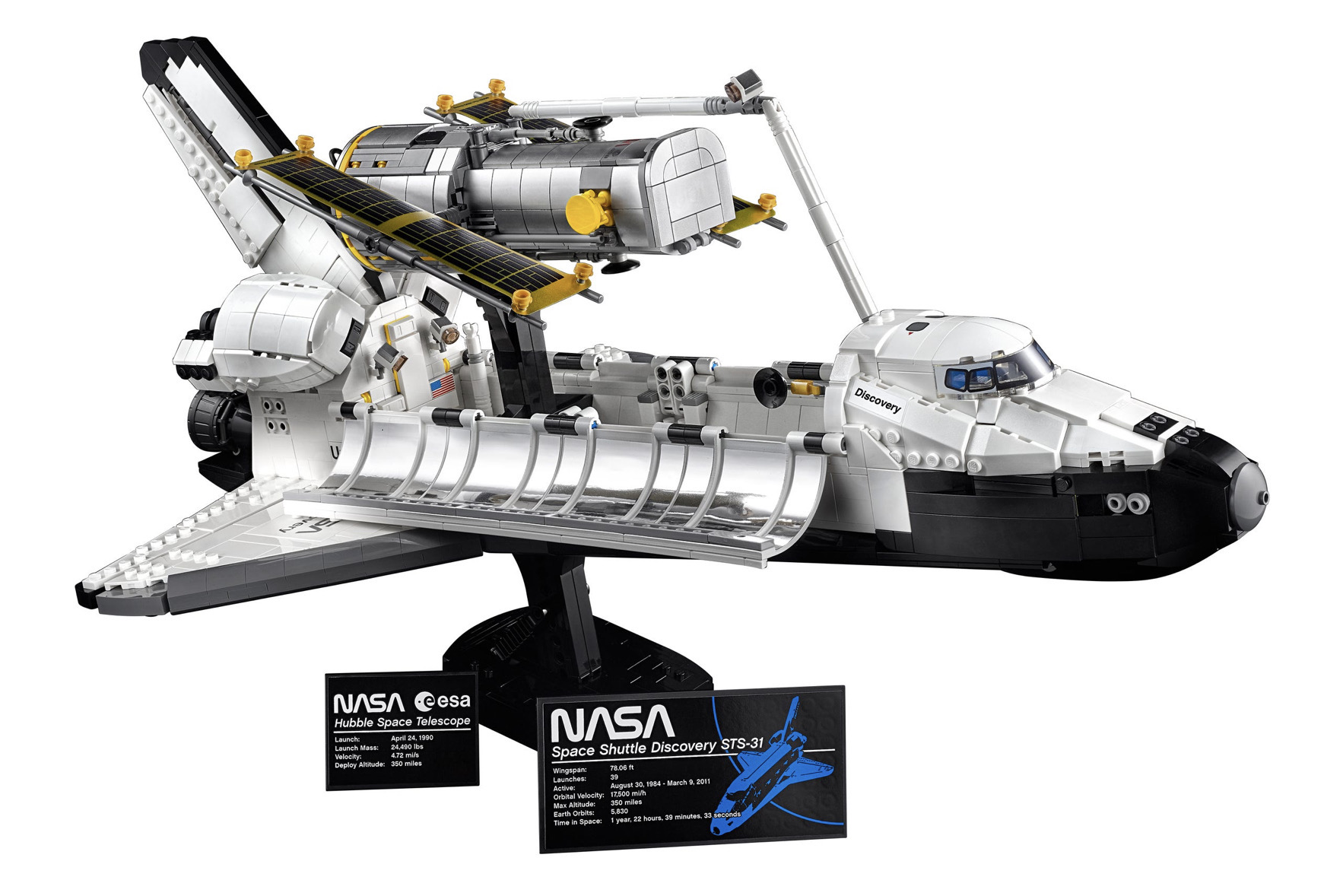 This model honors STS-31, the flight that put the Hubble Space Telescope into orbit for the very first time. I love the way the LEGO Hubble looks.

collectSPACE interviewed LEGO designer Milan Madge, who led the project that has resulted in my latest LEGO purchase. It’s a great read, but this bit jumped out at me in particular:

The thing that really inspired that scale was the Hubble Space Telescope and the STS-31 mission because normally, when we do a space shuttle, the payload bay is kind of, well, I don’t want to say an afterthought, but it’s often smaller than it should be because of the constraints of working with LEGO bricks.

Being able to go up to that scale meant that we could get the walls of the shuttle thin enough so that we could keep the Hubble in an accurate scale to the orbiter.

We would normally not include that level of detail on a LEGO model. But by adding those details and being able to explain some of them through the building instructions, we are really taking people on a bit more of a journey. Hopefully when people build it, they’ll learn a bit about the shuttle, which they might not have done from a smaller scale model.