The James Webb Space Telescope is nearing completion of the first phase of the months-long process of aligning the observatory’s primary mirror using the Near Infrared Camera (NIRCam) instrument.

The team’s challenge was twofold: confirm that NIRCam was ready to collect light from celestial objects, and then identify starlight from the same star in each of the 18 primary mirror segments. The result is an image mosaic of 18 randomly organized dots of starlight, the product of Webb’s unaligned mirror segments all reflecting light from the same star back at Webb’s secondary mirror and into NIRCam’s detectors.

What looks like a simple image of blurry starlight now becomes the foundation to align and focus the telescope in order for Webb to deliver unprecedented views of the universe this summer. Over the next month or so, the team will gradually adjust the mirror segments until the 18 images become a single star.

It doesn’t look like much, but this is the first step in what should be an amazing set of discoveries: 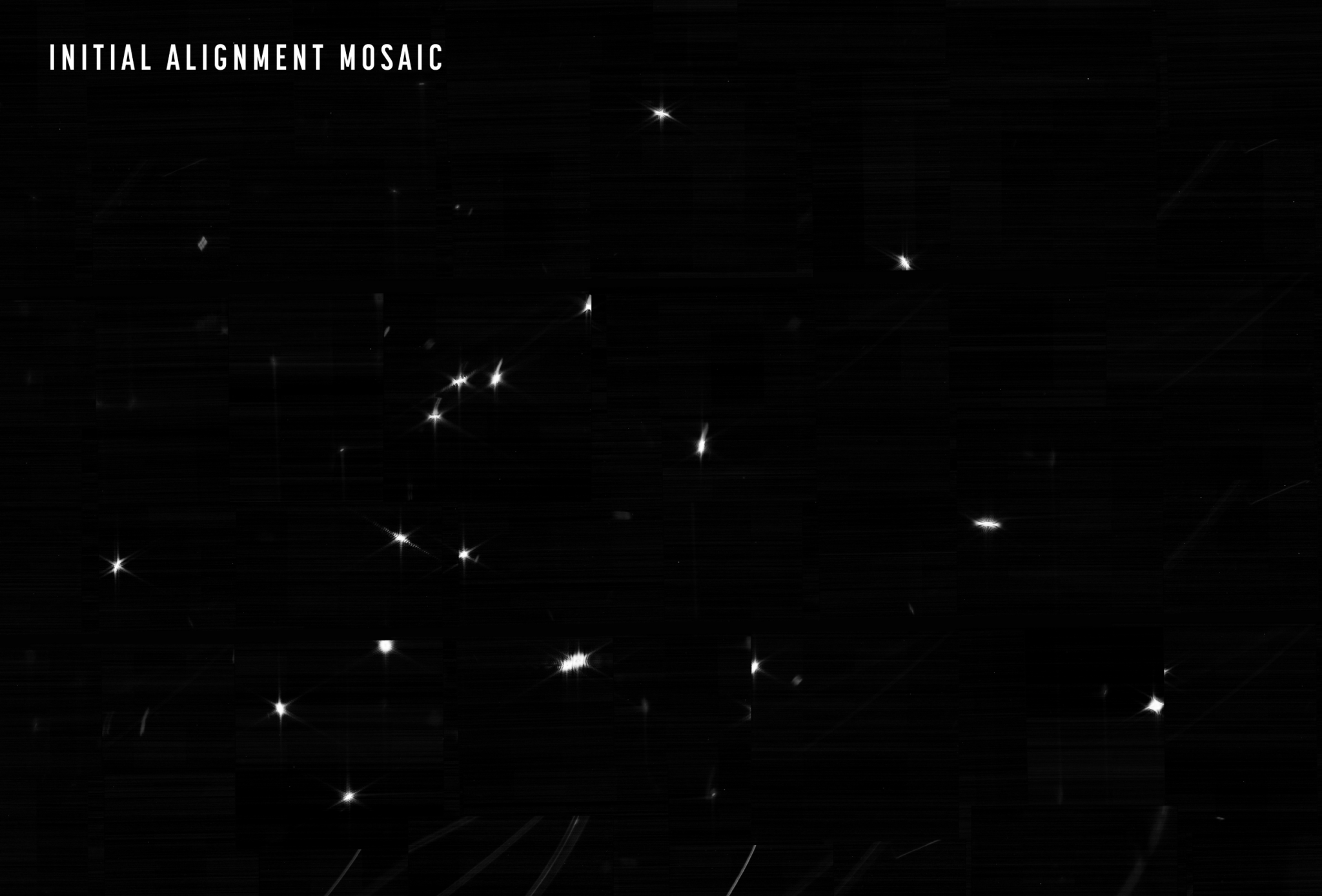