The new MacBook Air with M2 looks like it’s going to be a great machine. I was really impressed by it during my hands-on time at the Steve Jobs Theater on Monday.

The other M2 machine is a bit of a head-scratcher though: 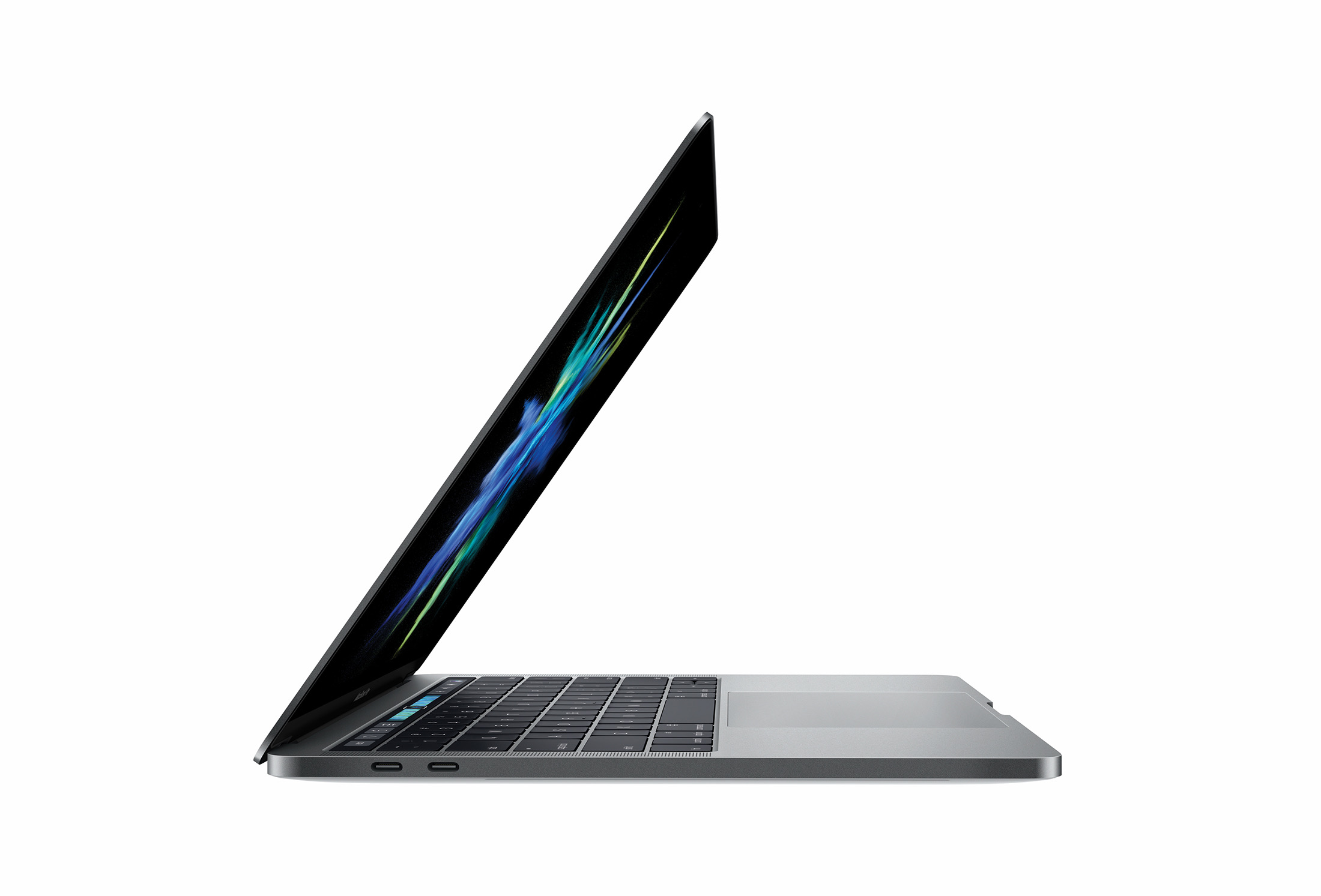 That’s actually a press photo from the 2016 MacBook Pro’s introduction, but you probably didn’t even notice, as the new M2 machine continues to use the same design, including the Touch Bar and the lack of MagSafe.

That in and of itself is a tragedy, but what this machine does to the overall notebook lineup is even worse. This comparison page on Apple’s website shows how much the M1 Air, M2 Air and M2 MacBook Pro overlap, all with very similar price points.

I understand why the M1 MacBook Air is sticking around at $999. That’s a critical price point for Apple, but having the M2 Air and M2 Pro just $100 apart doesn’t make much sense to me, especially given that the Air is a better machine for the vast majority of people.

This graphic by MKBHD does a great job comparing the two M2 models, after speccing them both to cost the same $1,499: 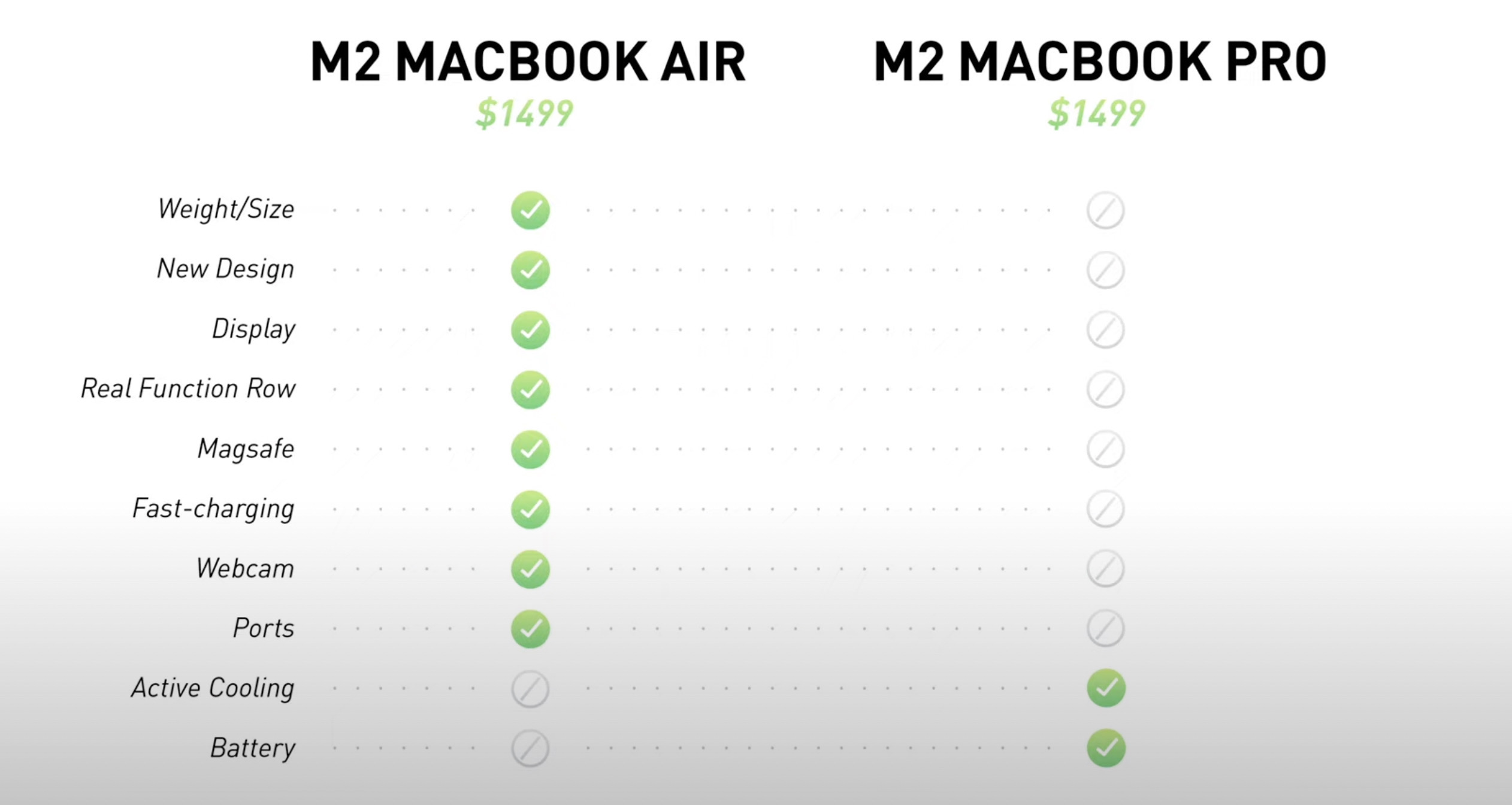 Some have said that the 13-inch MacBook Pro has stuck around to hold the $1,299 price point, or to give people who want a “Pro” machine an option that doesn’t come with the $1,999 starting price point the 14-inch MacBook Pro has. It’s also (apparently) popular with corporations who buy in bulk. There are reasons it’s Apple’s second-best selling computer.

I understand those reasons and I know that Tim Cook’s Apple loves using older hardware to keep prices down, but I think this machine does more harm than good when it comes to product clarity in the MacBook line.

At least the Touch Bar enthusiasts still get a win.