This app was mentioned on last week’s Upgrade, but I wanted to highlight it here as well, as it offers in-depth stats on the player, team and game level, as well as loads of customization in the app itself.

Sports Alerts is one of the first apps I’ve found to bring live sports scores to the Dyanmic Island and Live Activies. I’m running the iOS 16.2 beta, and have had Apple’s own TV app prompt me to start a Live Activity for a handful of Memphis basketball games, but it seems hit or miss so far as to what games it can display.1

The UI isn’t the nicest I’ve seen; in fact, it feels a little like the iOS 7 days in places, but the killer feature is live scores visible from anywhere: 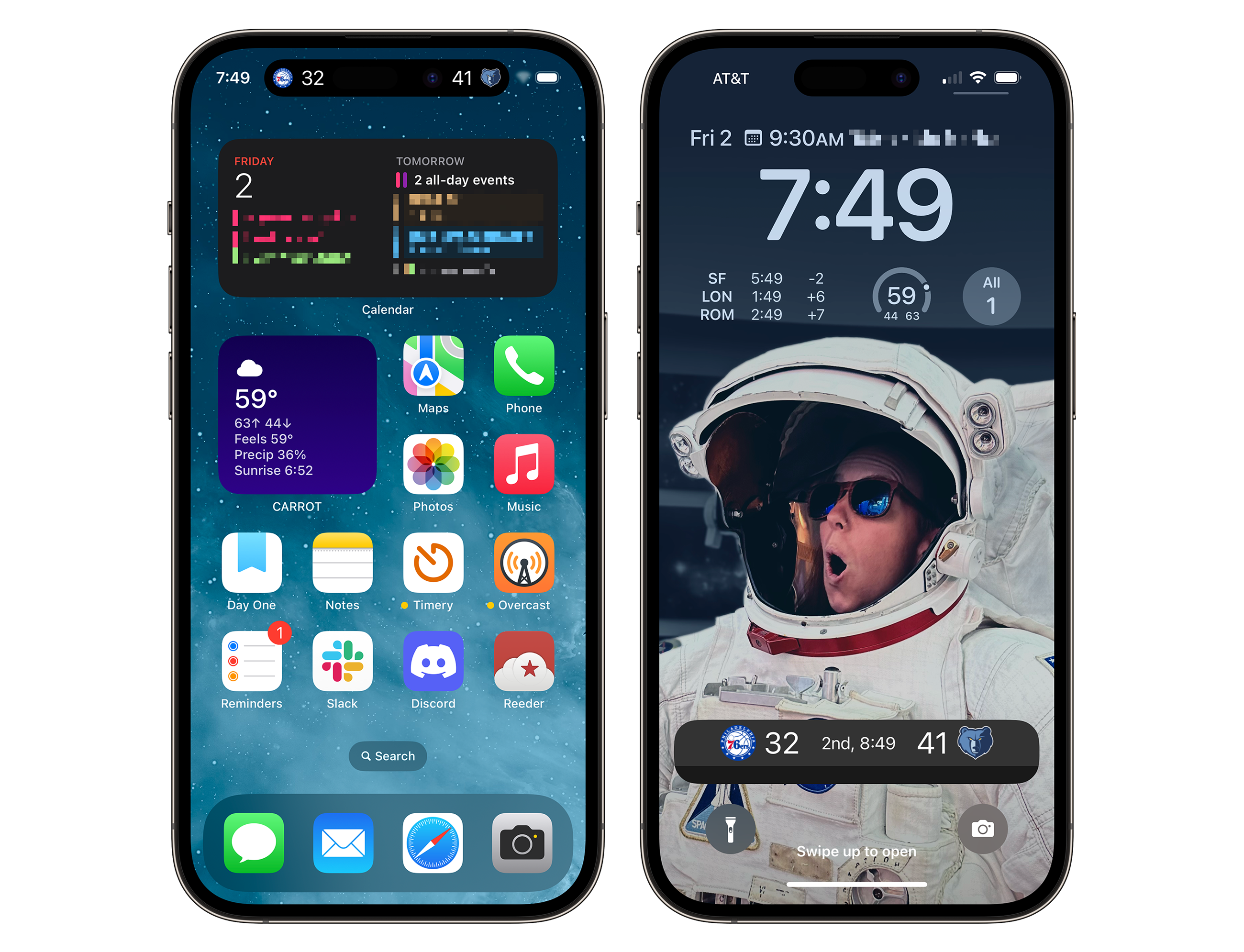 It’s still early days for this iOS feature, and I’m sure more well-known sports app will add Live Activities for games, but for now at least, Sports Alerts has earned itself a spot on my iPhone.