Cultured Code has a problem. And it isn’t with its products.

Yes, bashing Cultured Code’s Things family of programs has become popular. And not without good reason. The more complex OmniFocus has OTA sync. Simpler to-do managers like Remember the Milk and TeuxDeux do as well.[1. Granted, these two just sync from the web to iOS devices, since they don’t have Mac clients, but still, the point stands.] In a world where most people own at least one iOS device, it’s critical to have a solution in place that makes data on all devices stay in sync. Patronizing blog posts and fancy status board updates do not a feature make.

People like Shawn Blanc, Ben Brooks, Ian Hines and myself[2. If I can be so bold as to put myself in such a list.] will always complain about such things. It’s because we care about synced data states across our apps and devices. But let’s be honest — we’re nerds.

Without OTA sync, Things feels less like an iOS app than it does a PDA program. With most iOS apps, data comes from the cloud, meaning it is (usually) always accurate. With Things, there is always a nagging question in the back of the user’s mind — is my data up-to-date? It feels like we’re all back in the early 2000s, syncing our Palm Pilots to Outlook with USB cradles. Then, no one minded mis-synced data or the occasional missed appointment entry, because no one knew any better. The world has moved on.

The every day person doesn’t know what OTA means, but they do know when things work — and, more importantly, when they don’t work.

App Store reviews tell this story better than anything else. Check out the reviews Things for iPhone and for the iPad version. They are harsh. Words like “rip-off” and “abandonware” are all over the place. For App Store customers, such reviews raise red flags, stalling sales.

Cultured Code is a one-hit wonder. If Things fails, the company fails, assumedly. The company has a lot riding on this, and to have such a massive problem on its hands can’t be good.

So, how does the company fix its PR issues? While I’m not sure, I know that they need to get OTA out the door, and it needs to work flawlessly. I also think making the iPhone app free would go a long way. I fear that Cultured Code will include OTA in a paid update to its apps, or charge a monthly fee to enable syncing with its servers. Both of those moves would be terrible, and only reinforce the feeling that the company cares more about its bottom line than its users.

September is National Childhood Cancer Awareness Month. Join me in supporting the life-saving work of St. Jude Children's Research Hospital.
Sponsor:
Loopback from Rogue Amoeba delivers cable-free audio routing for MacOS. Get your audio where you need it, without having to crawl behind your desk. 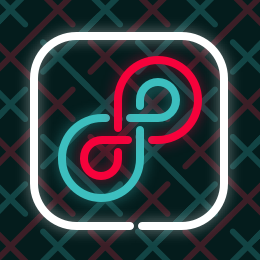