Editor’s Note: This is a guest post by Joe Caiati. Joe works as an IT professional in New York City. He maintains a weblog called dot info and calls Twitter his second home.

Depending on the year it was purchased or whether you configured it with top-tier specs, your once-current Mac’s performance may be less than desirable and at this point you could be facing those tough questions.

Luckily, older Macs are more flexible with hardware upgrades and coupled with third-party software, you can unlock features that Apple doesn’t support on older models. Here is how to get the most life out of an aging Mac.

Most Macs sold before 2012 used spinning hard disk drives and RAM that are removable. Upgrading both of these parts alone will drastically improve the way your Mac performs, but there is some research involved and you want to make sure you are getting the right parts and tools. There are great benefits in upgrading these internals and I’ll be able to guide you through the process. [1]

The most efficient way of keeping these costs low is to do these repairs yourself, but depending on the model of your Mac, certain repairs can seem complicated and you never want to start a repair if you aren’t sure that you can complete it. If you have a tech-savvy friend or can find a third-party Apple service provider to do this for a good price, it is worth it.

A great gage on whether your Mac is easy to repair is by visiting iFixit’s repair guides. They provided a score next to each type of repair from easy to difficult. Hard drives and RAM are normally the easiest things to replace on older Macs, but it doesn’t hurt to look through the guides, have the right tools and make sure you are conformable performing the repair.

There are sometimes two thresholds of how much RAM your Mac can take. There is Apple’s recommended maximum amount of RAM and then there is the Main Logic Board’s (MLB) real maximum. Apple only tests your Mac with a certain amount of RAM for a reason. You could go with the MLB’s maximum amount, but if you run into weird kernel panics or crashes, it could be due to that machine not responding to the amount of RAM you put in because it wasn’t designed that way.

Let’s stick with Apple’s advice. If you want to know what Apple recommends, you can copy the serial number of your Mac and paste it into the Apple Specs Support page by clicking browse, pasting it in the search box and clicking on your model after the search results appear to see how much RAM it can go up to. Once you know how much you can get, I recommend Crucial or OWC for purchasing RAM. In certain cases, Amazon will price competitively once you’ve selected the right chips.

If I was writing this four years ago, I’d be hard-pressed to recommend a solid-state drive (SSD) to you solely because of how expensive they used to be. An 80GB SSD used to cost over $200 back in 2010 and to downgrade your storage to save money would hurt many users especially if you store a lot of media. Prices have dramatically gone down over the years and an SSD gives your Mac that extra kick to make it feel snappy again.

Putting price aside, SSDs are better in every class up against hard drives. Startup times are faster, apps open with less bounces on the dock and the fear of data loss isn’t something that you’d worry as much about .[2]

An SSD paired with your upgraded RAM is almost guaranteed to make your Mac feel young again. Using the same sources that I recommended to buy your RAM from, here are current prices for SSDs:

Both from a personal and professional standpoint, l’ve seen a good track record from Crucial SSDs. One of their current top performing drives, the MX100, is highly recommended by multiple websites and I’ve installed this SSD in a number of Mac Minis which have been running great. Crucial’s other drives, the M550 and 500, are also favored by many though could have slower write speeds in comparison to the MX100 during certain computing-intensive tasks.[3]

Prices are much more manageable and will continue to go down to where HDDs are at today. Be sure to back up your current HDD on an external drive or cloud service before replacing it with an SSD.

Tackling an iMac repair is very ambitious for the untrained. I’ve seen many trained techs (Not me; I swear.) break glass and puncture LCDs while trying to replace drives and there is also that in-line digital thermal sensor kit that you mustn’t forget about to make sure your third-party drive can function properly. For a full SSD upgrade kit, OWC sells the tools you’ll need to have a successful repair.

After the hardware upgrades are completed, your Mac should be able to run the most recent version of OS X it supports without issue, but what about the features that your Mac may not have received with these updates? Or what if you can only go up to Lion or Mountain Lion? This is where third-party software has come to the rescue.

Pre–2011 machines can not AirPlay mirror or extend your display with an Apple TV. Fortunately that’s where AirParrot comes in. AirParrot 2 is a powerful third-party AirPlay client that unlocks features for Macs not supported by Apple and also enhances features for Macs that are already AirPlay capable. It mirrors, extends, can stream to multiple sources at once and can pause your display. If OS X Lion or later is installed and your processor is an Intel Core 2 Duo or later (~2008 Macs and beyond), then you’ll be able to use AirParrot.

I’ve used AirParrot on an 2008 MacBook (White pre-unibody) and it has impressed me. Your fan(s) may spin up loud while using it, but that’s to be expected for older machines. AirParrot costs $14.99 for a single user license and is a must-have if you own an Apple TV.

TotalFinder can be a Mac power users dream, but also looked at as a utility that unlocks features you would normally not receive on an old version of Mac OS X.

If you can’t go beyond Lion or for some reason need to stay on a pre-Mavericks OS, TotalFinder brings you great features like Finder tabs and allows you more fine-grained customization for how you organize your files. I’ve used TotalFinder on old Macs and for something that changes a very important part of your OS, it performs very well. A single user license for TotalFinder costs $18.00.

Let’s tally these upgrades up if we were to modify a MacBook Pro (15-inch, Mid 2010) for example.

For $261, I can justify investing more money into a portable that originally cost $1500 at the time of purchase. Though there is a threshold to this. Anything pre–2007 can be hit with processor performance issues and depending on what you need to use your computer for, upgrade cycles can become shorter for certain professions.

With that in mind — go ahead; breathe some new life into your Mac.

Meet the missing task tracker for Slack, loved by teams around the world. Start your 30-day free trial today and support St. Jude. 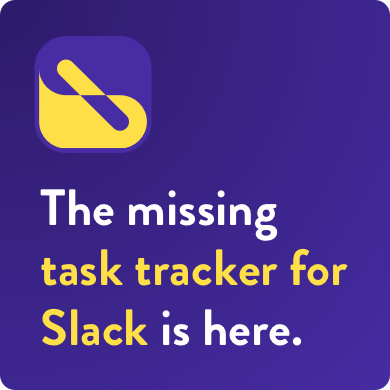