Ahead of Apple’s WWDC 2016 keynote next Monday, June 13 at 10:00 a.m. Pacific Time, Siri is now offering up some traditionally witty responses to users that ask about potential announcements. iPhone users can test Siri themselves by asking “what to expect at WWDC?” or similar questions.

All of Siri’s responses are unsurprisingly vague, including one related to the popular HBO drama series Game of Thrones.

Funny replies to this sort of thing are fine, but I find the level of sarcasm and humor programmed into Siri’s responses annoying when I need it to actually do something. It may be boring, but if the Echo can’t do what I ask, it simply replies “I wasn’t able to understand the question I heard.”

Take the example of “What is zero divided by zero?”

The answer is undefined, as dividing by zero is nonsense, mathematically speaking.

When the Echo is asked, it replies, “Zero divided by zero is undefined.”

That’s a bit cold and short. If I didn’t know any better, I’d think that maybe Amazon is bad at math, and the Echo just spit back a programming error of some sort.

Here’s what I got when I asked Siri: 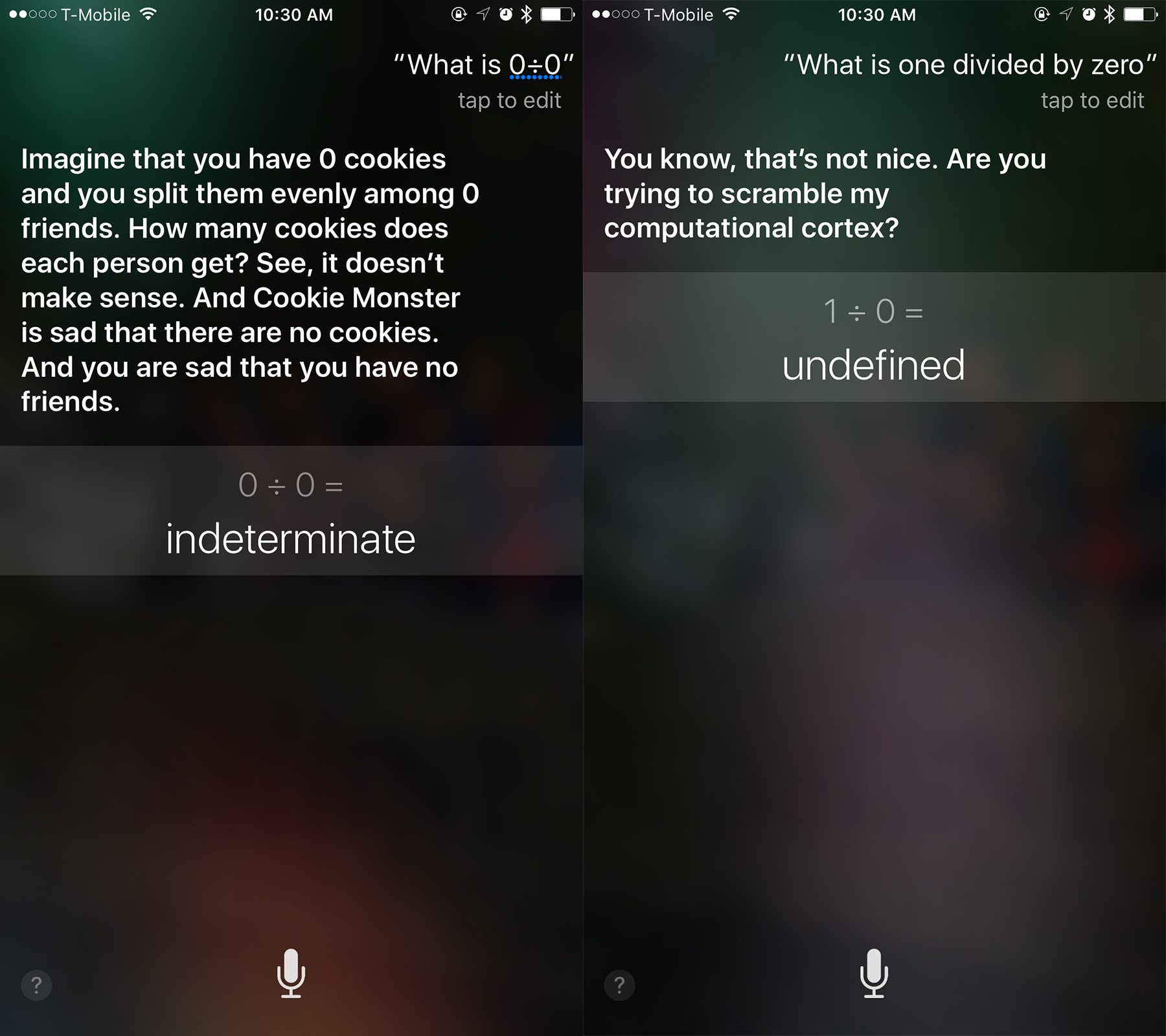 While the Cookie Monster example helps explain the concept, both answers include a level of snark that I find frustrating. Siri could tell me in a sentence or two that dividing by zero is basically impossible and then provide the answer. Amazon erred on the side of being too short; Apple went the other way.

I’ve often wondered why Apple has put so much snark into Siri’s responses. Part of it feels like a way to disarm the user with humor, so when the service can’t do as asked, they are less likely to be upset. I’d rather Apple spend the time building all of this in other ways, but that’s just me.