I think at the core of a lot of the angst felt in the Mac community right now is the realization that the Mac is no longer the crown jewel of Apple’s product lines.

Of course, this isn’t new. The iPhone took over the grunt work of being Apple’s cash cow years ago.

With that in mind, consider how Apple introduced the iMac G5: 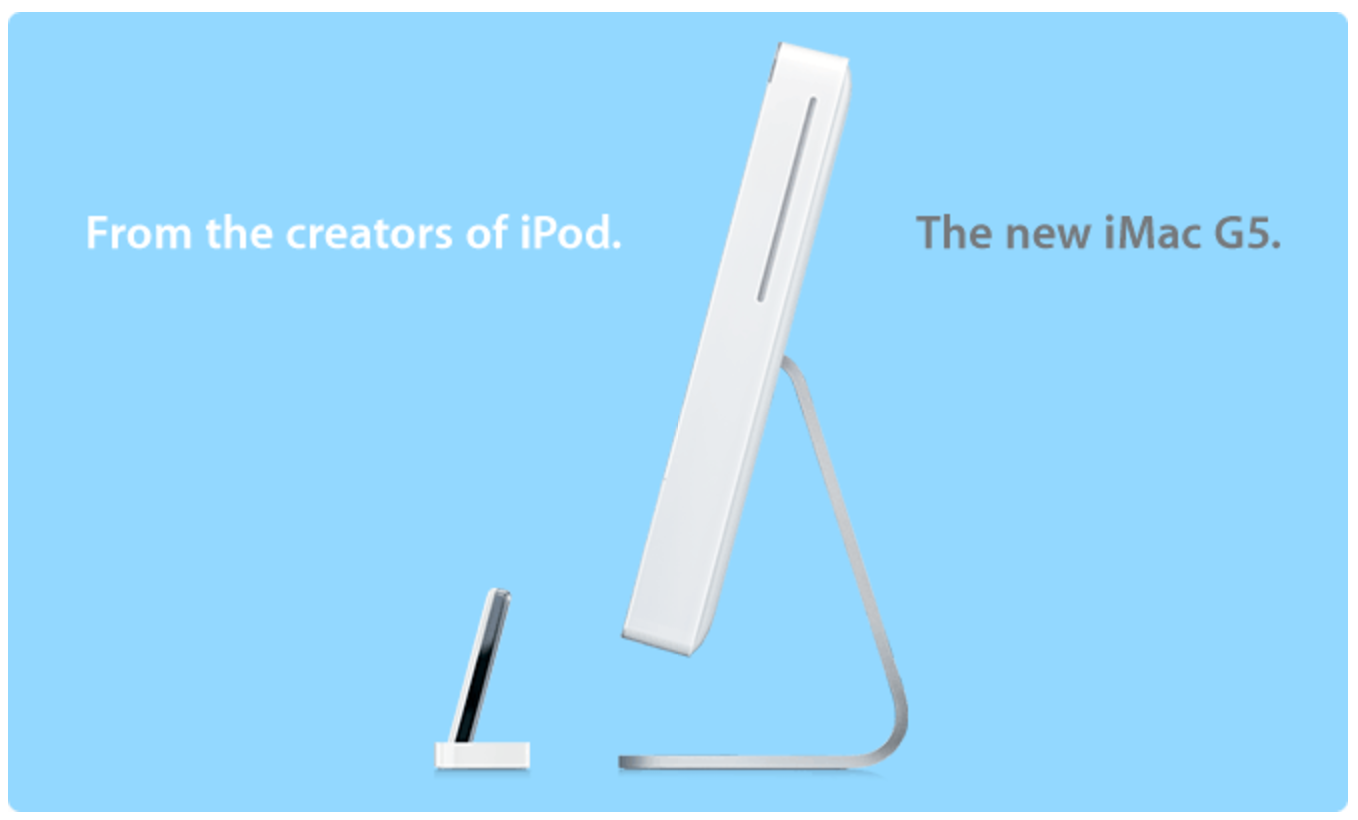 Even the product video opens with shots of an iPod, not the new iMac:

I remember a lot of Mac users being pretty upset over this marketing, and those complaints are echoed today: that Apple is abandoning it’s loyal user base to go after a new, flashier one.

I don’t think that’s the whole truth behind the Mac’s recent woes, but I don’t think was true back in 2004, either.

This campaign highlighted the halo effect, and attempted to increase its impact. People loved the iPod so much that when it was time to get a new computer, they’d walk into an Apple Store and buy a Mac.

The halo effect turned Apple from a computer company to an ecosystem company. We don’t hear the term very much today, because things aren’t as simple as they once were. iPhones work perfectly fine without a Mac or a PC. You can have a MacBook and carry a Samsung phone. You can have an iPad and an iPhone and no Mac at all. The combinations are endless, but the more Apple stuff you have, the better things work together.

As long as that is true, there’ll be a place at the table for the Mac; it just may not be at the head of the table anymore.