As outlined in the most recent episode of Connected, the keyboard on my Late 2016, 13-inch TouchBar-equipped MacBook Pro is not doing well.

A couple of weeks ago, its i key started feeling a little sticky. This keyboard does not boast a large amount of travel, but this key was barely moving at all when pressed.

I assumed a tiny bit of dust or other debris had worked it way under the key. This is a bit of a known problem with these laptops, as Casey Johnston has noted at The Outline in an article titled “The New MacBook Keyboard is Ruining my Life.” She writes:

“Maybe it’s a piece of dust,” the Genius had offered. The previous times I’d been to the Apple Store for the same computer with the same problem — a misbehaving keyboard — Geniuses had said to me these exact same nonchalant words, and I had been stunned into silence, the first time because it seemed so improbable to blame such a core problem on such a small thing, and the second time because I couldn’t believe the first time I was hearing this line that it was not a fluke. But this time, the third time, I was ready. “Hold on,” I said. “If a single piece of dusts lays the whole computer out, don’t you think that’s kind of a problem?”

Like Johnston, I remember that on previous versions of Apple’s laptops, this would be easy to resolve. Simply (and carefully) remove the key, blow out the offending particle, and pop the key (carefully) back into place.

That’s not so easy on the 2016 and 2017 MacBook Pro and the 12-inch MacBook. The butterfly switches are easily disrupted by tiny intrusions of dust and crumbs.

I, like the good kbase follower that I am, consulted and followed Apple’s directions for dealing with this:

I walked through the process, somehow without dropping my notebook on the concrete floor of my studio. The travel of my i key improved somewhat, but I still had to strike the key with a lot of additional force for my key press to register. I had work to do, so I pressed on, whacking the i key with a bunch of force when I needed to use it.

After a couple days of light usage, the problem got worse.

The bottom lip of the key began to flip up a little bit as the key tried sprinting back up after being depressed. Light was leaking around it, and eventually this happened: One of the tiny arms that the key cap clips onto is broken. My nearly $2,000 laptop that I bought less than a year ago is now missing a key, as I shared with our Connected audience this weekend before using an iBook G3 for the rest of the show: 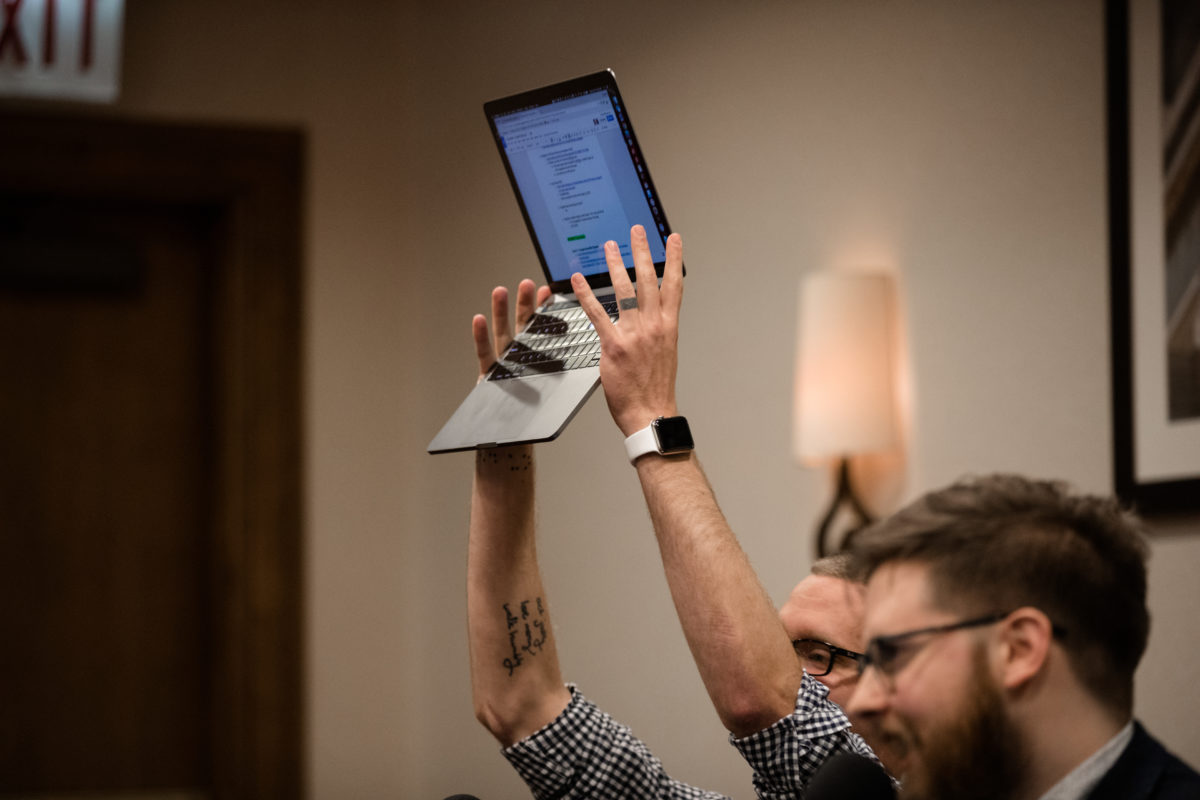 I have a Genius Bar appointment set up for the end of the week. I have the i key ready, tucked away in a small plastic baggie, as if it was a piece of police evidence. I’m not looking forward to it.