I reviewed my original Apple Watch after three months of usage. I wrapped up that article1 with this:

I’d recommend it to anyone who is strongly tied to their iPhone and is looking for something to track their fitness.

That combination is what sets Apple Watch apart from things like the much-cheaper Fitbits of the world. Having one wearable to deal with notifications, fitness and more is great, but by no means necessary.

When the Apple Watch was first announced, the messaging was confusing at best. It was a device, it seemed, that could just about replace your iPhone.

That didn’t really pan out. The original Watch hardware was too slow, watchOS apps were too hamstrung and the connectivity it offered was too limiting.

Over the last three years, Apple has been hammering away at each of these issues, reshaping the Watch and its software into something that may look similar to the original, but is an all-together better experience. 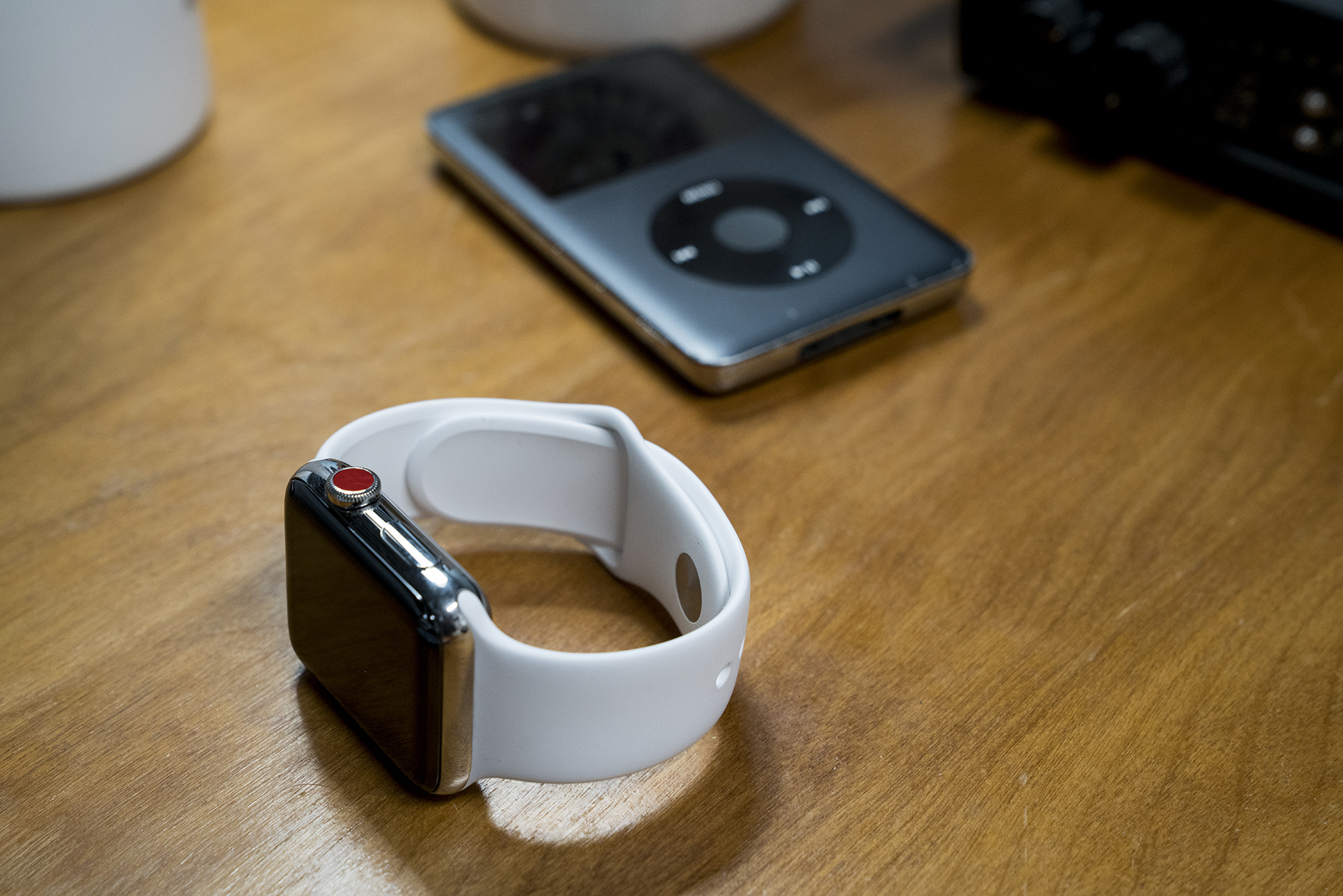 On the outside, the hardware hasn’t changed much. Side-by-side, my original stainless steel Apple Watch is basically identical to my Series 3 model in the same finish. The new one is very slightly heavier and a hair thicker, but if I just handed one of them to you, I don’t think you would be able to tell me which was which.

Except, of course, for the red cap on the Digital Crown that denotes that the new one comes equipped with LTE.

The red Digital Crown was first spotted way back in 2015, when Tim Cook was photographed wearing a stainless steel watch with a white sport band, which is my setup most days. The watch was rocking a red digital crown.

Red has long been used on high-end products to highlight features or differences between them and other products. It’s not so much a fashion statement as it is a status symbol. It shows the world that you were willing to spend the extra cash for the LTE model.

It makes me feel a little uncomfortable. People who don’t follow tech sometimes ask me about the red Digital Crown, and nerds definitely notice.

Fashion-wise, I’m also cool on it. With my regular white band, the red looks fine on my watch, but my beloved hunter safety orange sport band looks goofy near the red.

Other than the red Digital Crown, as I said, this Apple Watch is more or less identical to my previous model. While I like the design of the Apple Watch, I can’t help but wonder when we will see an updated look.

The heart rate sensor on the back of the Watch is improved this time around, and is joined by an accelerometer and gyroscope as before. A new barometric altimeter lets the Watch be smarter about elevation changes during workouts. As I live in a very flat region of the country, this tech is mostly lost on me.

The big bit of hardware news here is the LTE connectivity, but more on that in a second…

There’s not much I can say about watchOS 4 that Alex Guyot didn’t cover in his excellent review of it over on MacStories.

What I can add is this: with the updated silicon inside the Series 3 Apple Watch, the Watch and its operating system are finally in balance. Apps open quickly, scrolling is smooth and Siri is responsive.

For the first time, I’m finding myself using Siri. I like the audible replies, but the speed is still surprising, a couple of months into ownership.

My second-biggest complaint about watchOS 4 is the Dock. Before, items in the Dock could be seen by swiping left and right, but now they are stacked vertically. I like using the Digital Crown to spin through the cards, but it is harder to see what is on each one now: 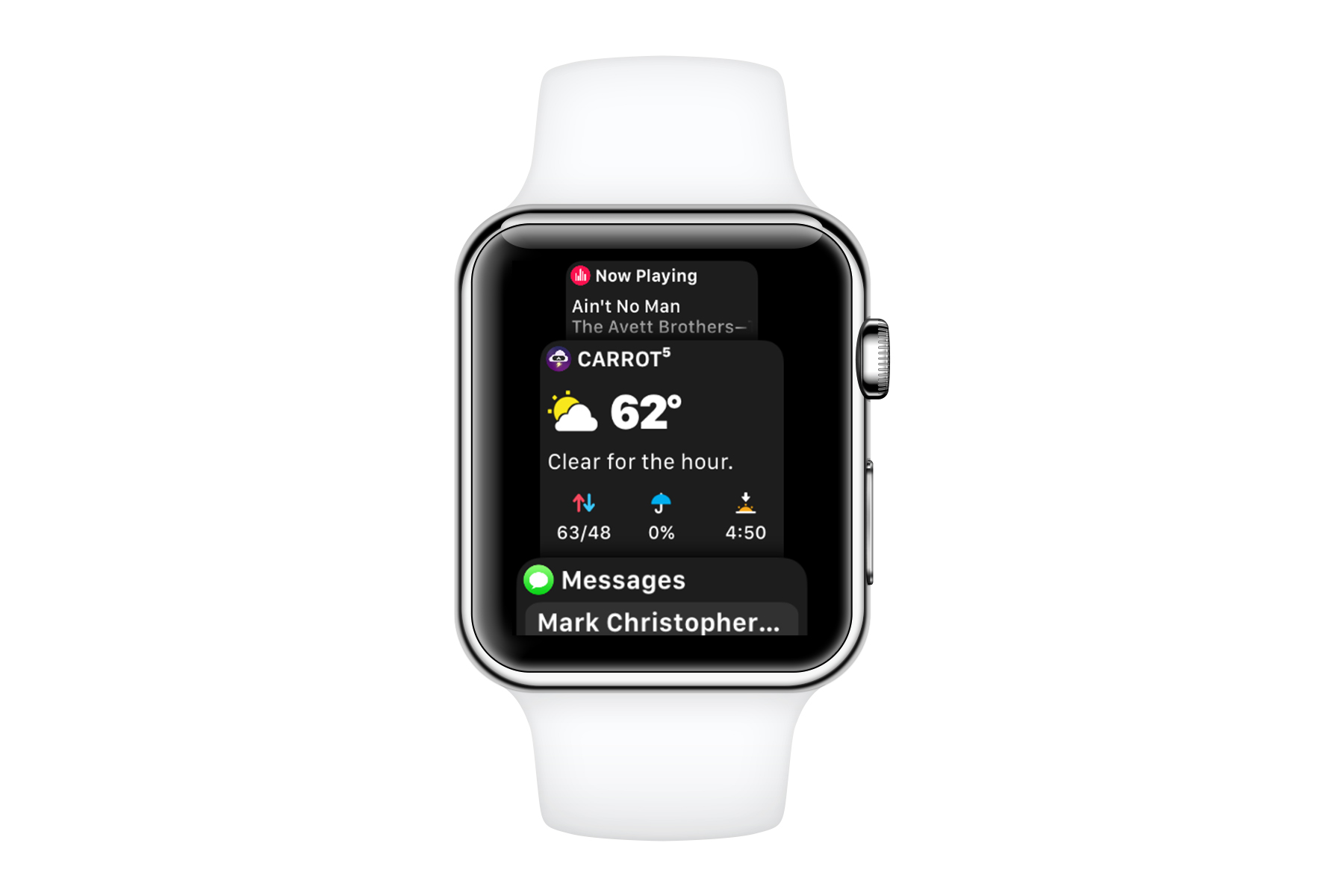 I’d like to see some sort of middle ground here: Apple could keep the vertical list, but instead of using a Rolodex-inspired UI, the cards could be much closer to being full-screen.

My biggest complaint is that developers cannot yet write good podcast apps for watchOS.

This is the highlight of this year’s Apple Watch, and Apple knows it. In fact, you can only get the stainless steel and ceramic options with LTE. My pal Federico Viticci lives in Rome and cannot buy a stainless steel Series 3, because LTE models are not sold in his country yet. That’s bananas.

In theory, LTE should allow the Apple Watch to operate just as if it is on Wi-Fi, with its parent iPhone attached. Unfortunately, many watchOS apps need updating before that’s possible.

That’s not to say LTE is a dud; in fact, I’ve really come to enjoy the feature, and have changed a couple of apps out for more updated ones. 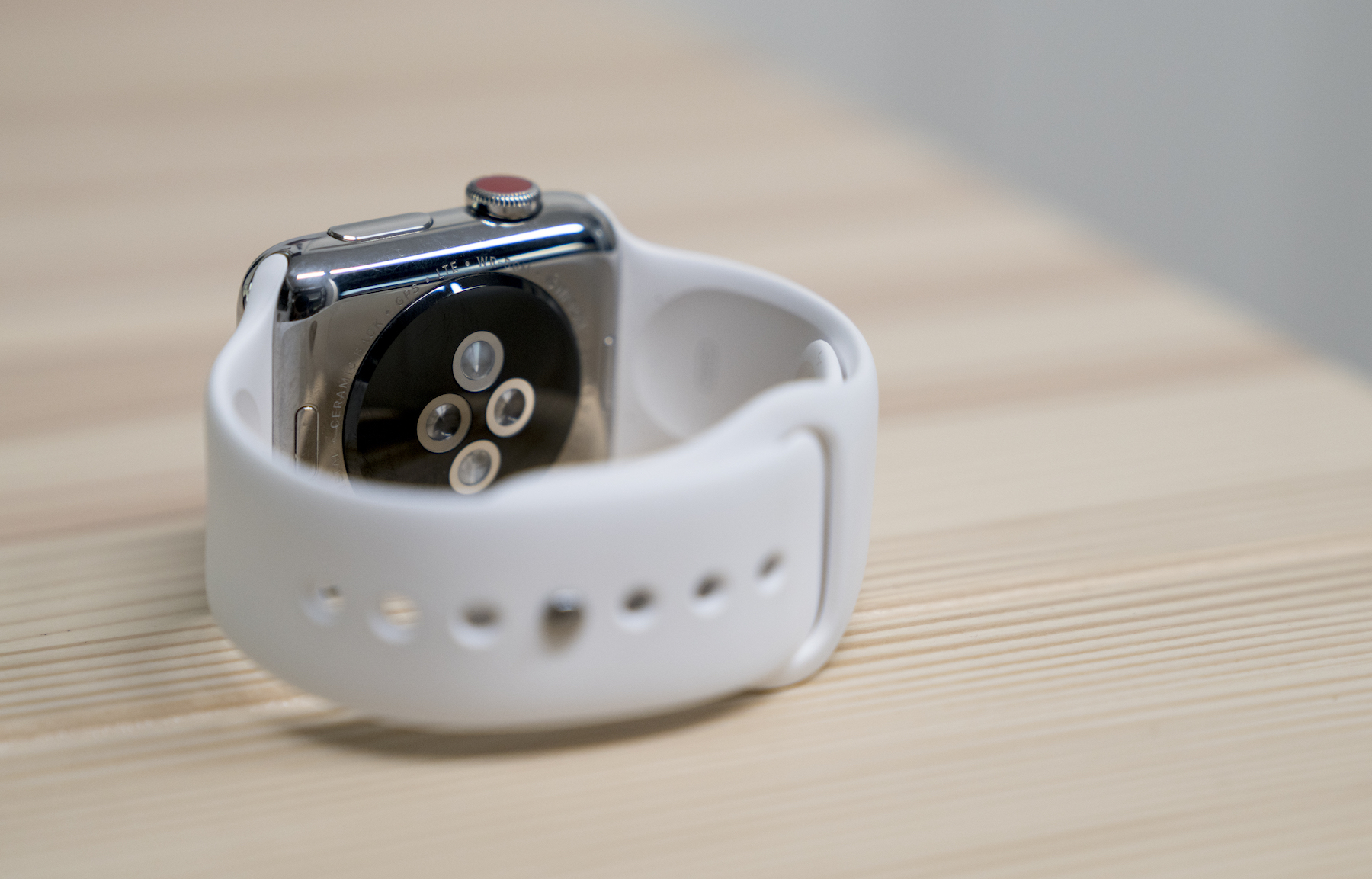 For years, I’ve wanted to be able to go for a run or a bike ride without my iPhone, knowing that my wife or anyone else could get ahold of me via a call or iMessage in the case of an emergency. Moreover, I’d be able to call for help in the event of an accident.

Here, the LTE Apple Watch truly shines. I can slide up Control Center on the watch, tap the LTE button, start a workout and just go.2

Calls and iMessages come in as normal, and the call quality — even without AirPods — is really good. The Series 3’s improved speaker really comes in handy here.

Speaking of AirPods, Apple Music support is better on the new Apple Watch. I still have a playlist of music synced to the Watch, but I can now stream music or a select number of radio stations if I want, even over LTE.

LTE does impact the battery, as you may imagine. It’s not something you would want to leave on all the time, but enabling it even for a multi-hour workout is more than fine.

We’re past the awkward beginnings of this product. Apple — and its customers — know that the Apple Watch is a high-end, fashionable fitness tracker that offers rich support for managing notifications from the iPhone.

The apps and music are there to support the two pillars of functionality. In short, watchOS, and the speed at which it runs, finally feel solid.

The Apple Watch Series 3 is powerful but has great battery life, packs an LTE radio in a (basically) unchanged chassis and runs the best version of watchOS yet.

I’m far less torn about this device than I was in 2015. I enjoy wearing my Apple Watch everyday, and the utility it provides is worth the upfront (and now monthly) costs.