In practice, this works basically the same as it does on the Echo.1 You can ask Siri to set to set multiple timers with custom names, then ask Siri to check in on them or cancel them. I recorded a little back and forth with my HomePod to show you how it works:

Annoyingly, this support seems to be limited to the HomePod; the iPhone is still unable to set more than one timer. When you ask Siri to create a second timer, it tries to replace the existing one: 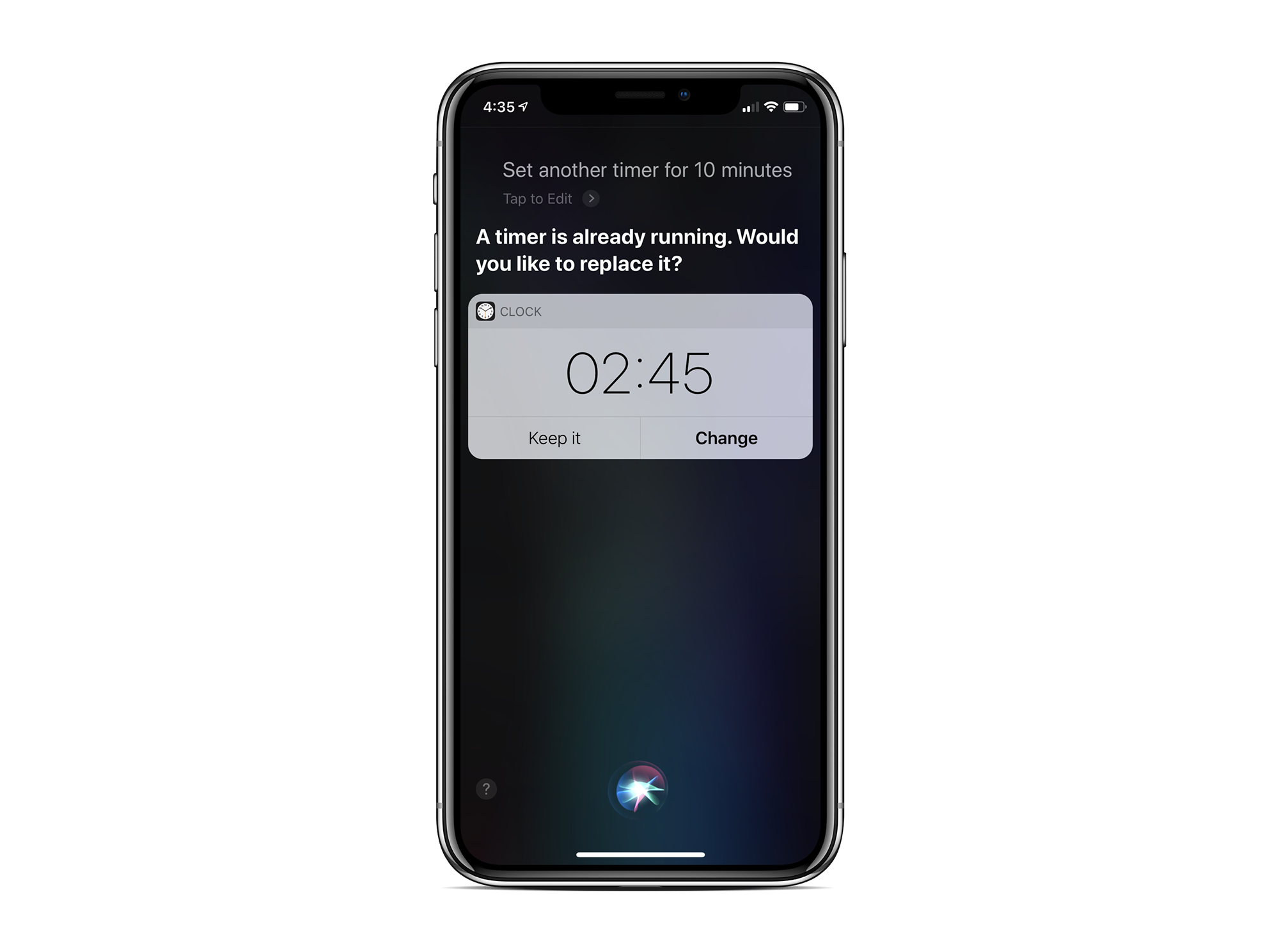 Worse than that is the Apple Watch, where the second timer just automatically replaces the first.

Apple really should make this sort of thing consistent across devices.