Myke and I are in Chicago, where we are doing a live episode of Upgrade with Jason tonight. We both wanted to check out the Pixel 3 and Google’s other new hardware, so Myke and I dropped by Google’s pop-up store here yesterday.

The store is temporary one, and will only be open to the end of the year, but Google did an incredible job with it. As you walk in, you are greeted with a wooden bookcase, populated with products and paint cans showing off the subtle colors the company is using on its hardware. 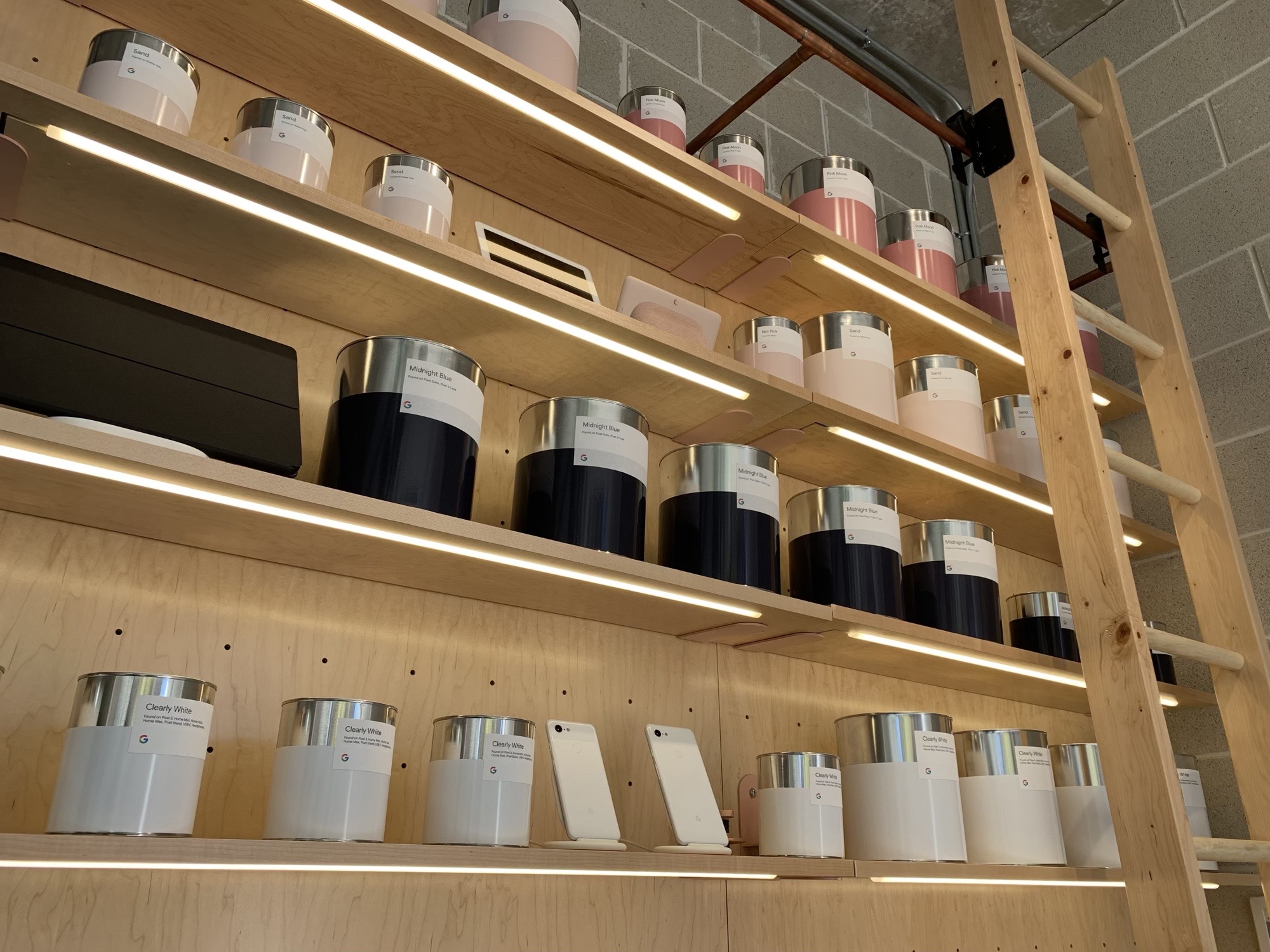 Once in, the shop is really nicely put together. All of the interior, from the paint colors to the shelves and other fixtures are cohesive, and resonate with the design of Google’s hardware.

Downstairs, we checked out the Pixel 3 and 3 XL, in addition to the Pixel Slate and Home Hub. All of these products are displayed neatly, as you would see in an Apple Store.

The phones seem terrific. A few test shots next to my iPhone XS Max left me impressed, but that notch on the XL isn’t great. When I pick one up, I will do the smaller Pixel 3.

The Pixel Slate, Google’s new ChromeOS tablet, is pretty buggy still. Scrolling was janky, and even opening the app drawer made the device stutter and pause. It was pretty shocking to see it next to the year-old Pixelbook, which took everything I could throw at it.

The Home Hub is much, much smaller than I expected. The 7-inch screen is mounted on a tiny base, making the whole thing hunkered down near the countertop. It looks nice, and I’m sure it would be cool to have my photos float by as we spend time in the kitchen, but I left feeling a little underwhelmed by my time with it.

What was not underwhelming was the rest of the space. Upstairs, Google has built several different experiences. There’s a swing to show how the Pixel 3 can focus on a moving target with ease, and a treehouse outfitted with loads of smart home stuff. Walk in, shut the door, and you could talk to the Home Hub to turn on light, raise blinds, play music and more.

There was also a tiny kitchen for some reason. It made me look like a giant, and I think it was there just to be a Instagramable spot. 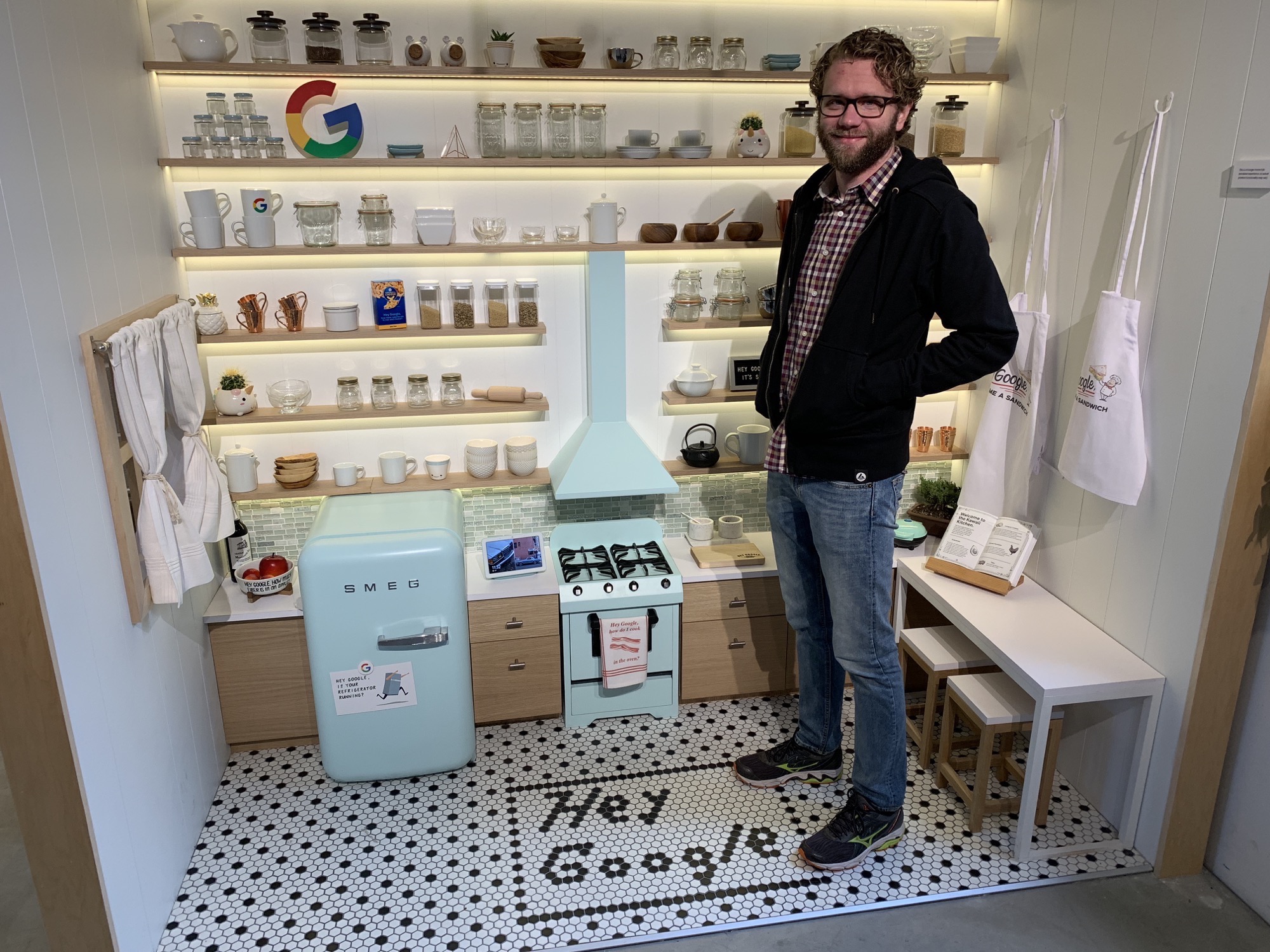 The only real downside to the shop was the knowledge of the staff. Myke purchased an unlocked Pixel, and they were confused about what that meant, and how to ring it up. The salespeople eventually worked it out, but it was surprising to me to see. I’m sure it is difficult to staff something what will be open just a few months, but there needs to be some more training on that front.

All in all, I left impressed. Google is making really interesting hardware, and they are starting to branch out into retail in a way that is markedly different from where Apple is now. In the early 2000s, the Apple Store was a destination for learning and exploring, and some of that has been lost, despite the company’s ever-changing roster of programs and talks at Apple Stores. Google may just be starting down this road, but it is on a good path.

TextExpander for Teams means your team gets the message right, every time. Find out how to keep your team on message.