A common talking point between Apple fans over the last few years has been the long gaps between hardware updates for many Mac models. Apple has pretty much righted that ship now that the 2013 Mac Pro has been replaced, but it did get me thinking about what Macs had unusually short lives.

This is probably not a comprehensive list. One can only scan a list of Performa model information for so long before starting to cry. 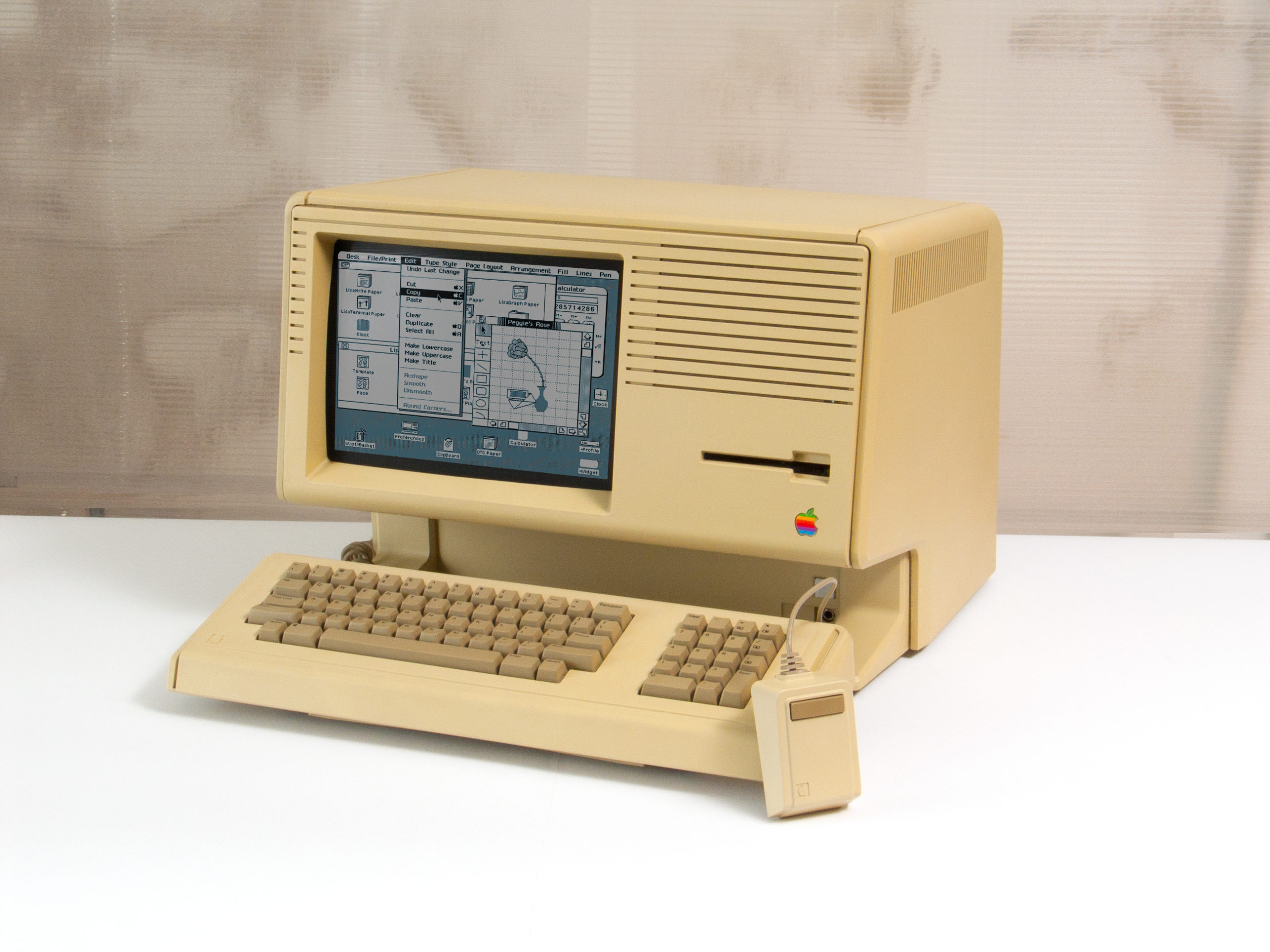 image via Wikipedia, and yes, that machine is running Lisa OS in this photo

The story of the Lisa and Macintosh XL is a whole thing, but the short version is that the Lisa was revolutionary, but way too expensive. After watching the Lisa struggle, Apple re-badged a bunch of them as the “Macintosh XL,” and shipped them with software to emulate the Macintosh so that Mac software could run on it.

The machine was scrapped quietly as Apple retooled its factory lines to build more Macs. In 1986, Apple offered customers the chance to trade in their Lisa or XL systems for $2600 off a new Mac Plus and Hard Disk 20 system.

We need to address a pair of machines that suffered from Apple’s rampant badge engineering in the 1990s.

The Centris 6660AV was powered by a 25 MHz Motorola 68040 processor like many other Macs in its day, but it was one of the first “AV” models, coming with support for both s-video and composite video-in and out.

In October 1993, the Centris name went away after just three models, and this machine became the Quadra 660AV.

Likewise, the Performa 410 was just a rebadged LC II, bundled with some built-in software and a 12″ Apple color monitor. Along with its siblings, the Performa 410’s 32-bit CPU was crippled by a 16-bit data bus and a system cap on RAM of just 10 MB. 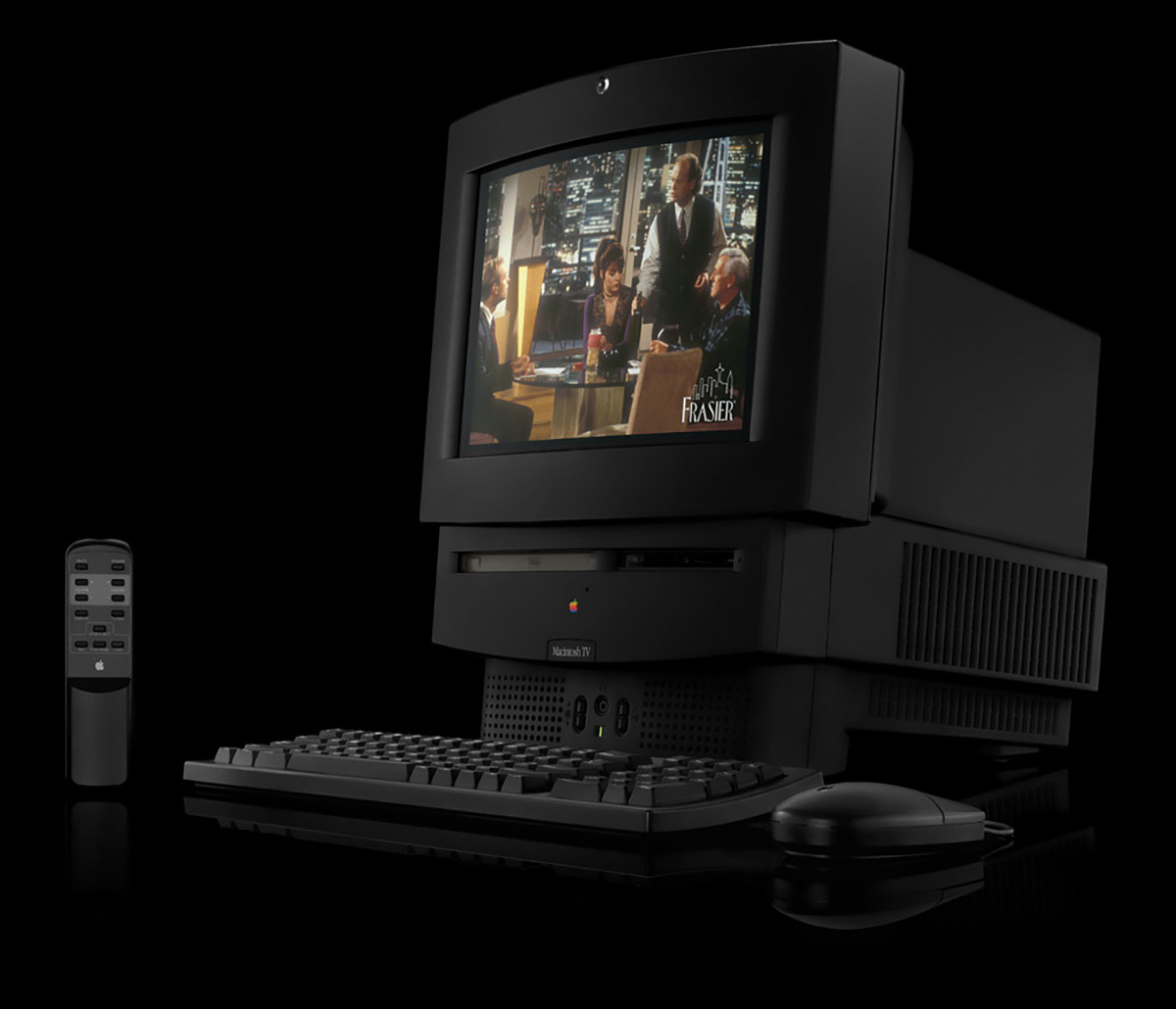 This computer is pretty much what it says on the tin; Apple took a LC520, made it black and put a TV tuner in the back.

I wrote about the Macintosh TV over on iMore a few years ago. Here’s a bit from that article:

Turns out smashing a TV into a Mac running System 7 was … less than ideal.

Unfortunately, this computer didn’t offer the ease-of-use that iOS 9 captured with Picture-in-Picture. No: The user could either watch TV or use their Mac as a computer. If you flipped over to the TV environment, MacOS basically disappeared. And forget about capturing any video coming into the system; creating individual frames as PICT files was as much as would-be pirates could manage.

To drive the dagger even deeper, the TV picture used 16-bit color—MacOS was still living in the 8-bit world.

Adam Engst once named it the second-worst Mac of all time. Ouch. 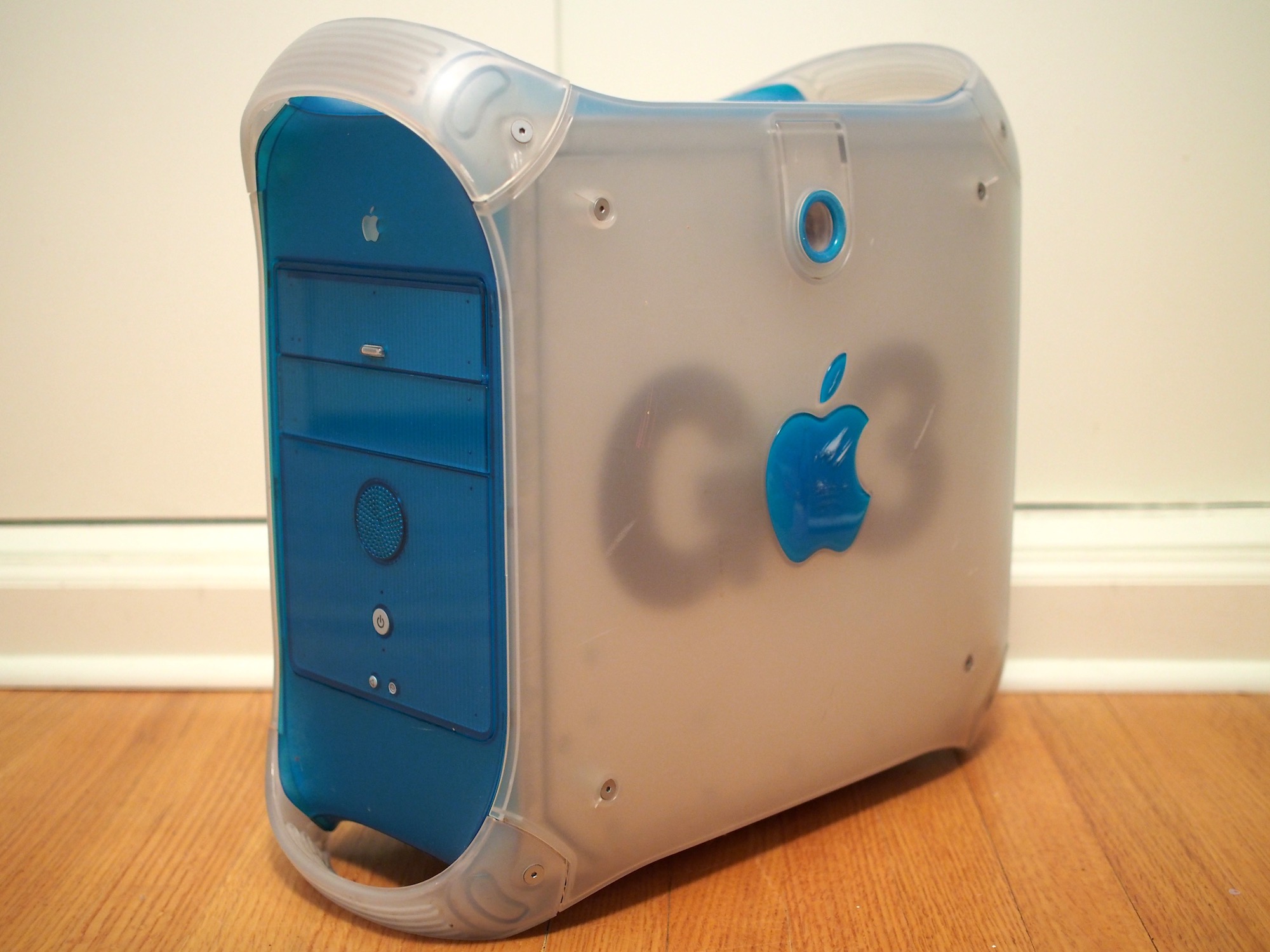 The Blue and White G3 was a big deal. It shed not only its beige exterior, but most of the legacy technology that had helped define the Power Mac for so long. It did retain a single ADB port with its new-fangled USB ports, but SCSI and serial were banished, as was the floppy drive.

Apple used Ultra ATA internally to connect the drives to the system, and the transition was a little bumpy. Initially, the machine didn’t support Master/Slave settings on drives, leading to issues when customers installed a second hard drive — something Apple made trivially easy with the new case design.

Apple silently revised the Blue and White in June 1999, some six months after launch to address this issue. This improved Mac was sold for just three months, and is the one to have if you’re looking to collect. Just make sure you get the improved one. 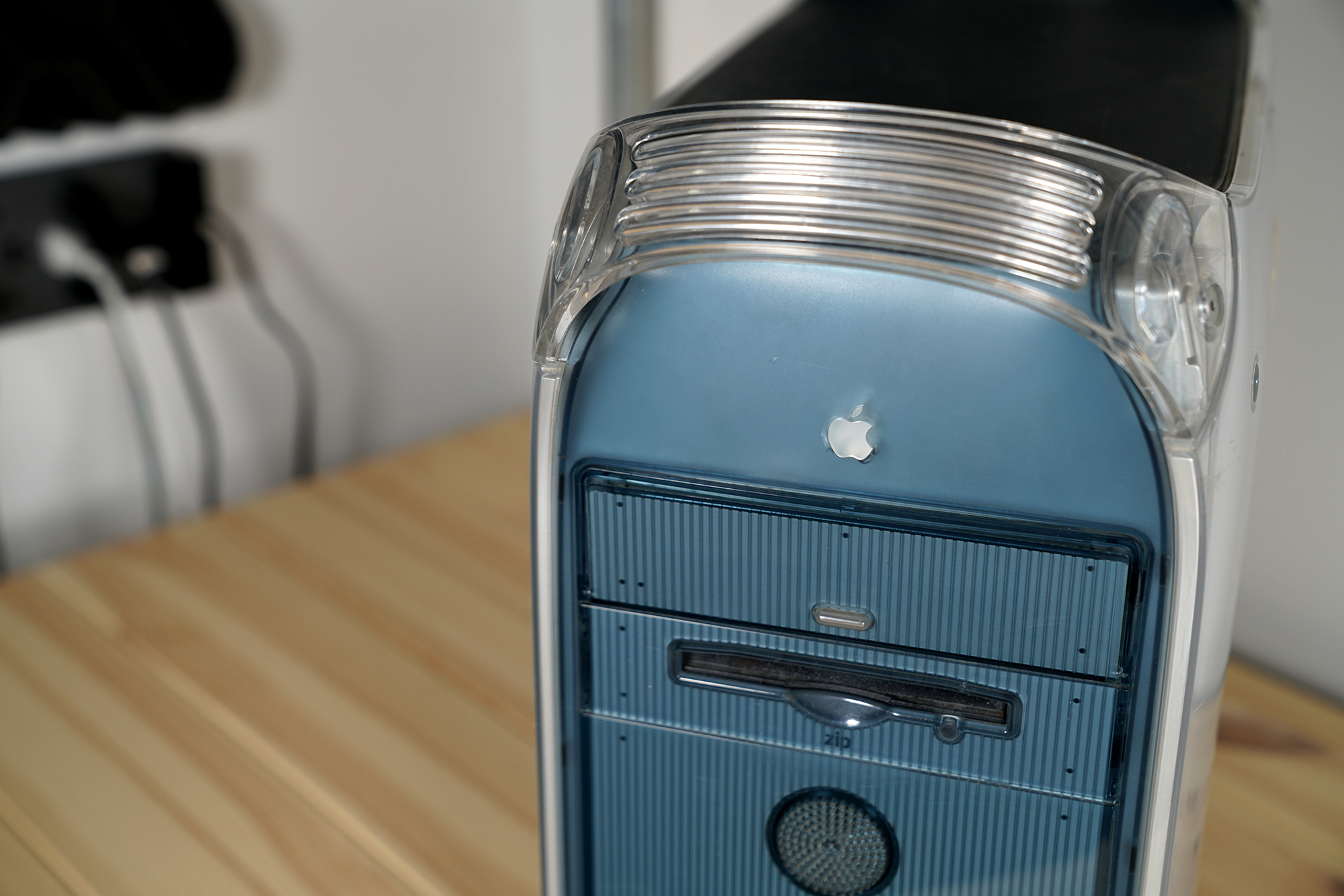 When Apple unveiled the Power Mac G4, the line was split between “PCI Graphics” and “AGP Graphics” models. The former used the logic board from the Blue and White G3, just with a G4 in the socket. Apple shipped this G4 and it finished working on the “real” G4, the AGP machine.

These machines were also known by their code names: “Yikes!” and “Sawtooth,” respectively. The first was well-named, as there were real constraints with the G4 chip in these early days, and the 400 MHz chip that was initially sold was replaced with a slower 350 MHz G4 in October 1999, at the same price point.

Mercifully, Apple got the AGP machine ready, and IBM was able to crank more processors and things smoothed out later in 1999. 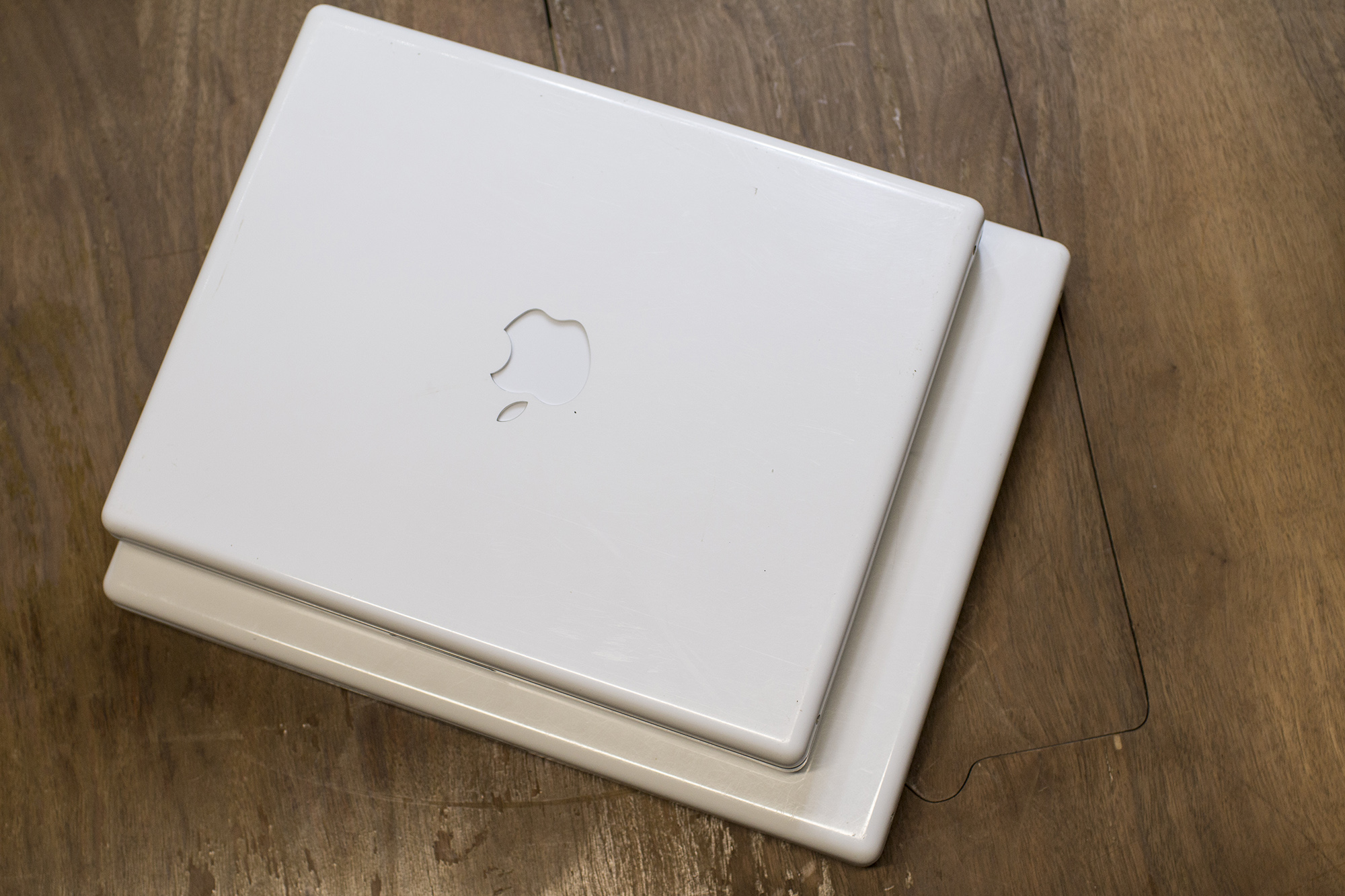 If you think about the laziest possible way to make a larger laptop, what comes to mind? Just taking the case and screen and stretching them?

Just five months later, the original 14-inch iBook was replaced with a model with a slightly faster CPU and a new GPU with 16 MB of VRAM, twice that of previous models.

This wasn’t strictly unique to this specific iBook; Apple revised these machines on a very regular and aggressive basis in the 2002-2004 time frame.

But I can’t stop thinking about that screen. It is not good. 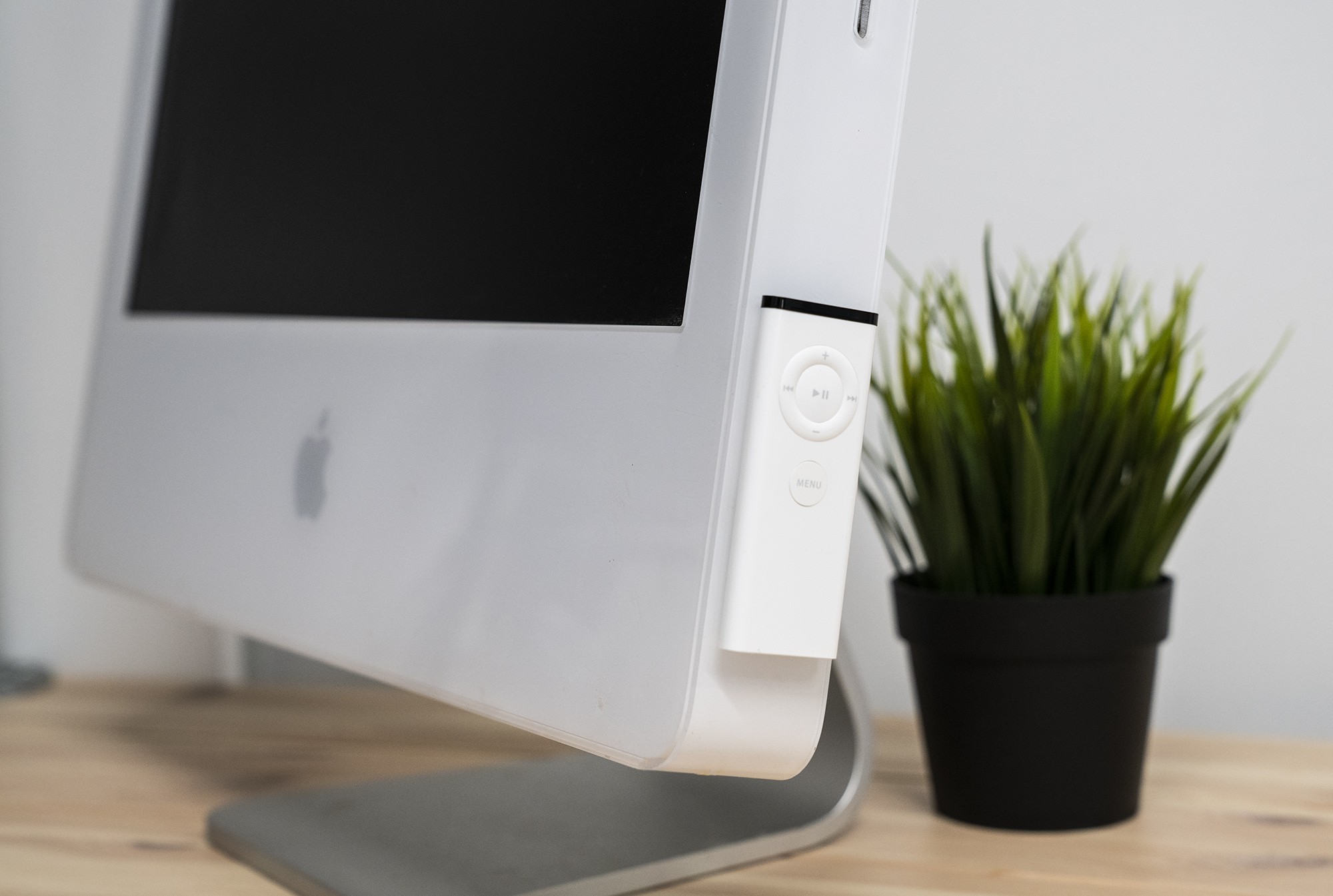 The iMac G5 was revised in the fall of 2005 to include an iSight camera and Front Row Support and faster internals, all in a slimmer case. It was more refined than the original iMac G5, and looked like it was ready for years of service.

Of course, Apple had announced its move to Intel in the summer of 2005, but then, Steve Jobs had said that it would be a two-year process to move over to the new CPUs. There was a sense that this would be the last PowerPC iMac, but no one expected it to be replaced just four months later at Macworld 2006. Here’s a bit from Apple’s press release:

“The iMac has already been praised as ‘the gold standard of desktop PCs’, so we hope customers really love the new iMac, which is up to twice as fast,” said Steve Jobs, Apple’s CEO. “With Mac OS X plus Intel’s latest dual-core processor under the hood, the new iMac delivers performance that will knock our customers’ socks off.”

What the press release didn’t mention was just how big of a performance jump the CoreDuo CPU gave the iMac. In his keynote, Jobs praised the new system for being 2-3x faster than its G5 predecessor.

I can’t imagine many customers of the iMac G5 (iSight) were thrilled. Yes, the new iMac looked identical to the old one, but just knowing that something so much better was now available must have been a real bummer for some.

That aside, I do love this artwork Apple used on its site for a while: 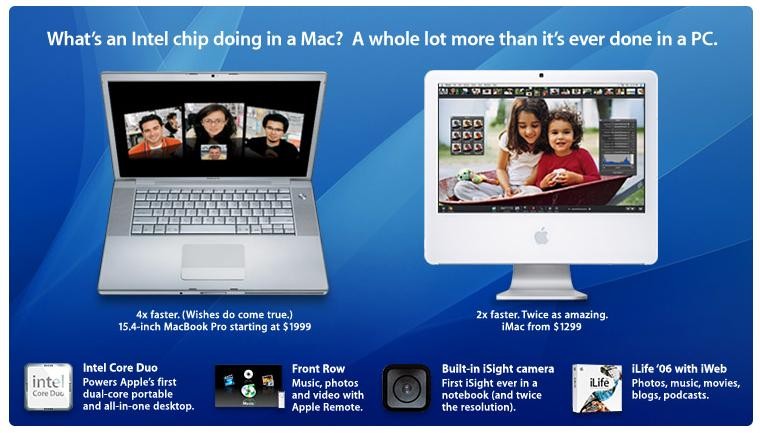 This machine was the last iteration of the plastic MacBook that was so popular in the mid 2000s. The sweet black model was gone; this machine was just $999, and sat below the aluminum MacBook in Apple’s lineup.

It was replaced with the weirdo unibody plastic MacBook that you can see here: 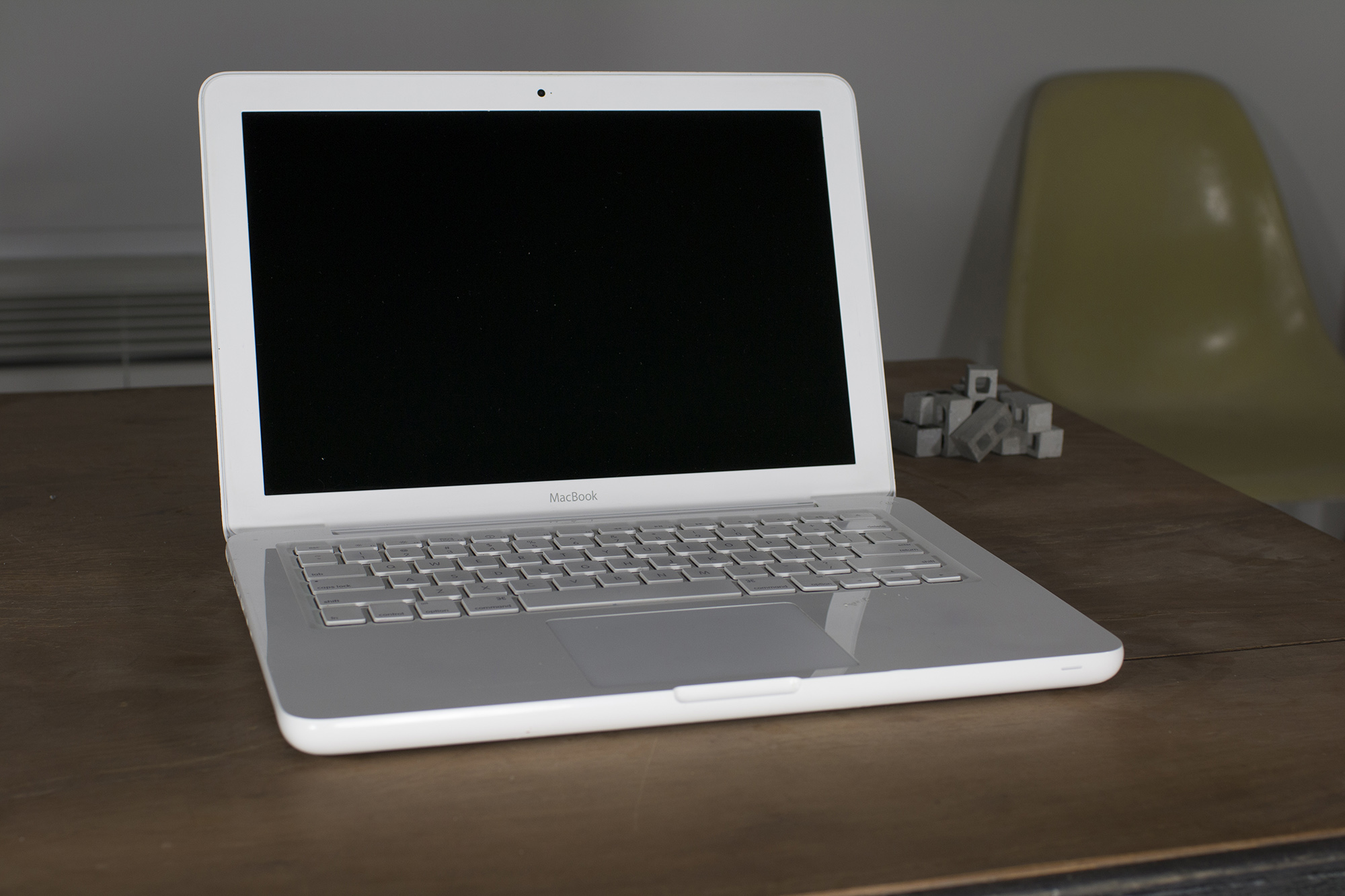 The drama around the butterfly keyboard is still on-going, but the weirdest chapter in its story is perhaps the 2019 15-inch MacBook Pro.

It came with a revised keyboard using “new materials,” and faster CPU and GPU options, but then was replaced just seven months later by the 16-inch MacBook Pro and its magic keyboard and more robust cooling. If you looked up “stopgap” in the Macintosh dictionary, a photo of this machine may appear.

Of course, some products other than Macs have also seen short lifespans: