Apple has answered the question, “Will it release new products during the COVID-19 pandemic?”

Yes, yes it will. 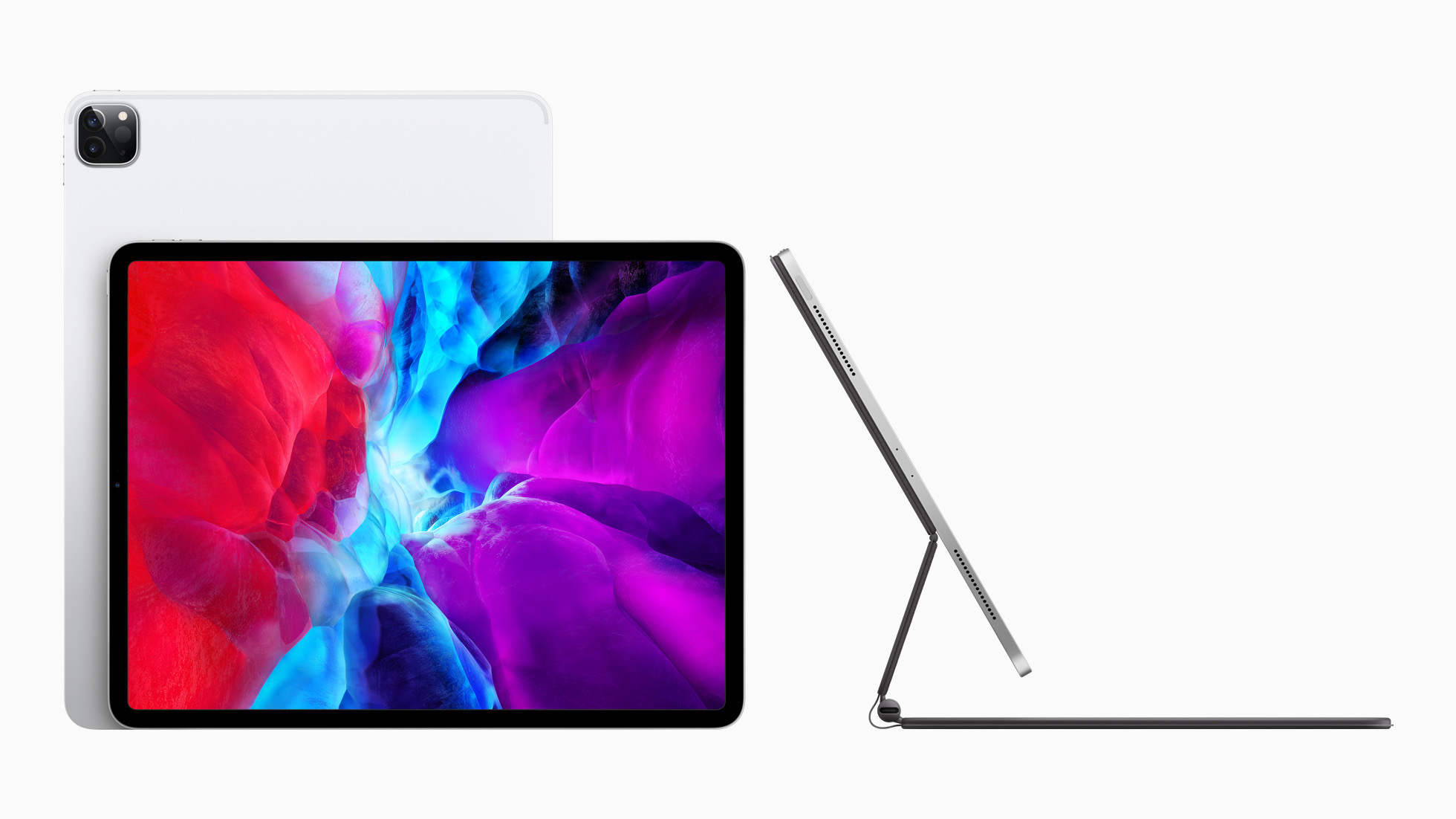 In much more exciting news, the new iPad picks up an Ultra Wide camera, like on the iPhone 11 and 11 Pro, and a new LiDAR scanner, which Apple says will bring AR to the next level:

On the new iPad Pro, AR apps become even more realistic. Placing an AR object now happens instantly. Realistic object occlusion allows AR objects to pass in front of and behind real-world structures. Improved motion capture and people occlusion are more accurate than ever. And developers will be able to create even more immersive experiences.

So far, I haven’t had any real reason to bring AR into my life, and while I don’t think this will change that, it will exciting to see what developers do with this. And I assume this is a lock for this fall’s new iPhones.

The biggest news here is the new keyboard, dubbed the “Magic Keyboard.” It looks like the bottom half of a notebooks; gone are the fabric-covered keys — the new keys are even backlit. Below them sits a trackpad, and it seems that iOS 13.4 is going to drastically change how cursor support works on the iPad:

iPadOS 13.4 brings trackpad support to iPad for the first time for a more natural typing experience and added precision for tasks such as writing and selecting text, working with spreadsheets and pro workflows. Designed specifically for the touch-first experience on iPad, the cursor appears as a circle that highlights user interface elements, text fields and apps on the Home screen and Dock, giving a clear indication of what users can click on. Fluid gestures on the trackpad make it easy to switch between apps, access the app switcher and activate the Dock, Control Center and apps in Slide Over.

Trackpad support in iPadOS is designed to work great with the apps customers use every day. From smoothly scrolling through web pages in Safari and photo libraries in Photos, to precisely editing text in Notes and quickly viewing and organizing your email in Mail, it’s a joy to use a trackpad with iPad. Most third-party apps work with no change at all, and developers can go even further with new APIs that let them deliver unique experiences in their apps.

In the demo videos on Apple’s site, this looks great. For a closer look, check out this post from The Verge, complete with a video demo from Craig Federighi.

Thankfully, Apple says, “Trackpad support will be available on any iPad running iPadOS 13.4, and work with Apple’s Magic Mouse 2, Magic Trackpad 2 and the Magic Keyboard for iPad Pro. Third-party mice connected over Bluetooth or USB are also supported.” Let’s all hope third-party developers get on board quickly with any tweaking they’ll need to do.

The new iPad Pros are on sale now at Apple’s website, delivering next week.

Apple’s new video for it is pretty great:

As the existing Smart Keyboards won’t fit that new camera notch, I guess it’s the Bluetooth life for now. However, the new Magic Keyboard will work with all USB-C iPad Pros.

The new keyboard includes a USB-C pass-through for charging the iPad, which is lovely.

When they do ship, I think the new Magic Keyboard for the iPad Pro is going to be a big deal for a lot of users who have found interacting with iPadOS to be slow and clunky in places.

Finally, I can fully recommend the MacBook Air. Apple:

Apple today updated MacBook Air, the world’s most loved notebook, with faster performance, the new Magic Keyboard, twice the storage and a new lower price of $999, and $899 for education. The new MacBook Air delivers up to two times faster CPU performance and up to 80 percent faster graphics performance,3 letting customers breeze through daily activities and play more games. Now starting with 256GB of storage, MacBook Air allows customers to store even more movies, photos and files. With its brilliant 13-inch Retina display for vivid images and sharp text, Touch ID for easy login and secure online purchases, spacious trackpad, and all-day battery life combined with the power of macOS Catalina, it’s the best MacBook Air ever made.

That really does say it all. The only Mac notebook left with the Butterfly keyboard is the 13-inch MacBook Pro. 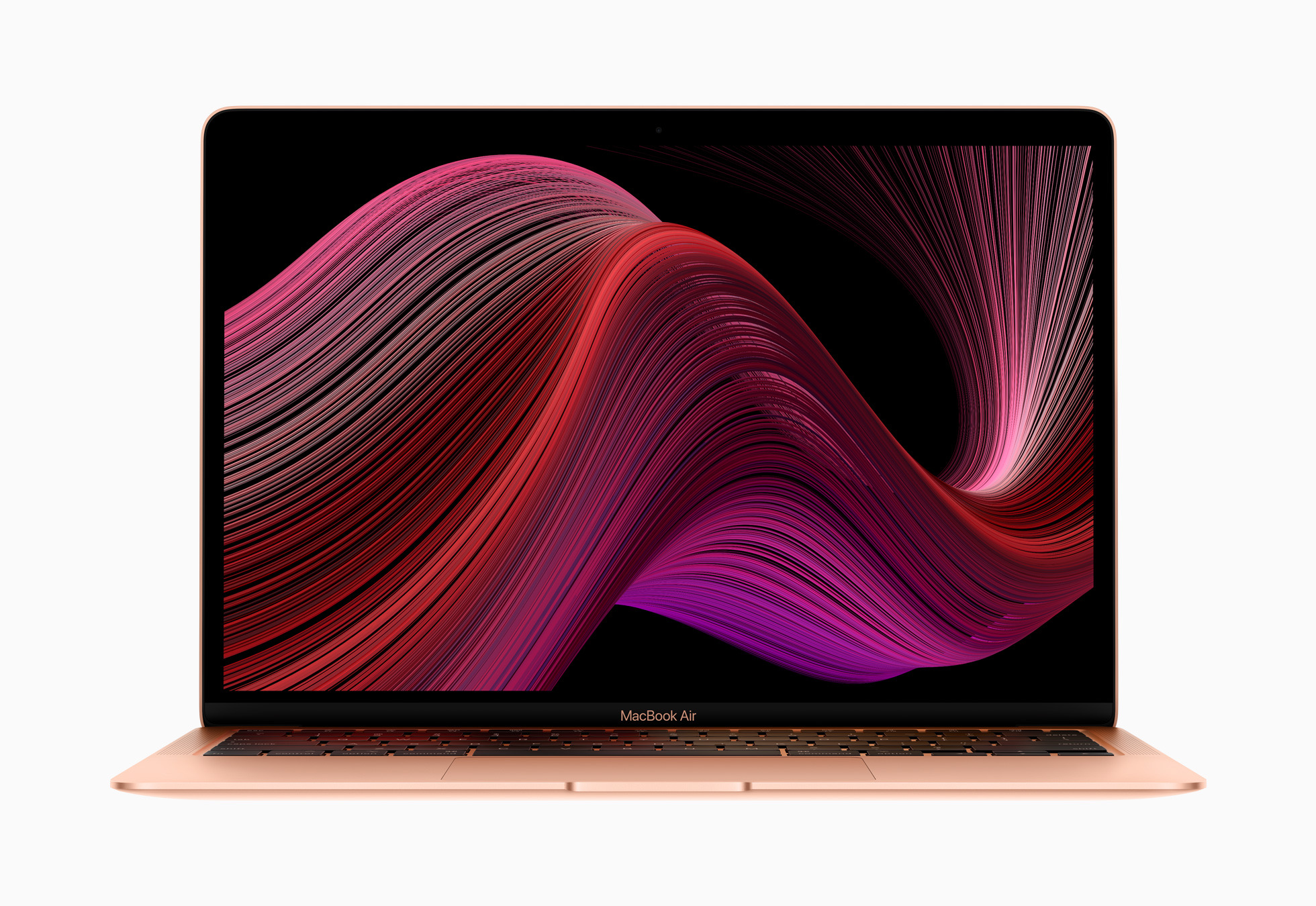 That increase in speed comes from 10th-gen Intel i3 and i5 CPUs, and there’s even a new i7 option, which is the first quad-core option in this version of the MacBook Air. Gone are the days where every MacBook Air came with just one CPU for everyone.

Of course, if any of those students want to drive a 6K display, they can do that with this new Air as well. Or track audio with its new three-mic array.

Like I said, there’s finally a MacBook Air I feel like I can fully recommend to people.

While we’re here, I’m happy to report that the following Mac Pro components are now shipping: