At its event today, Apple unveiled three new Macs, all powered by the new M1 chip. The MacBook Air and Mac mini are now powered by Apple’s own silicon, as are two of three default configurations of the 13-inch MacBook Pro.

Apple isn’t saying anything about the clock speed of the M1, just like they’ve remained silent about these figures when announcing new iPhones and iPads. One can assume that future M-class chips will be faster than these, but it’s all Bezos Charts from here: 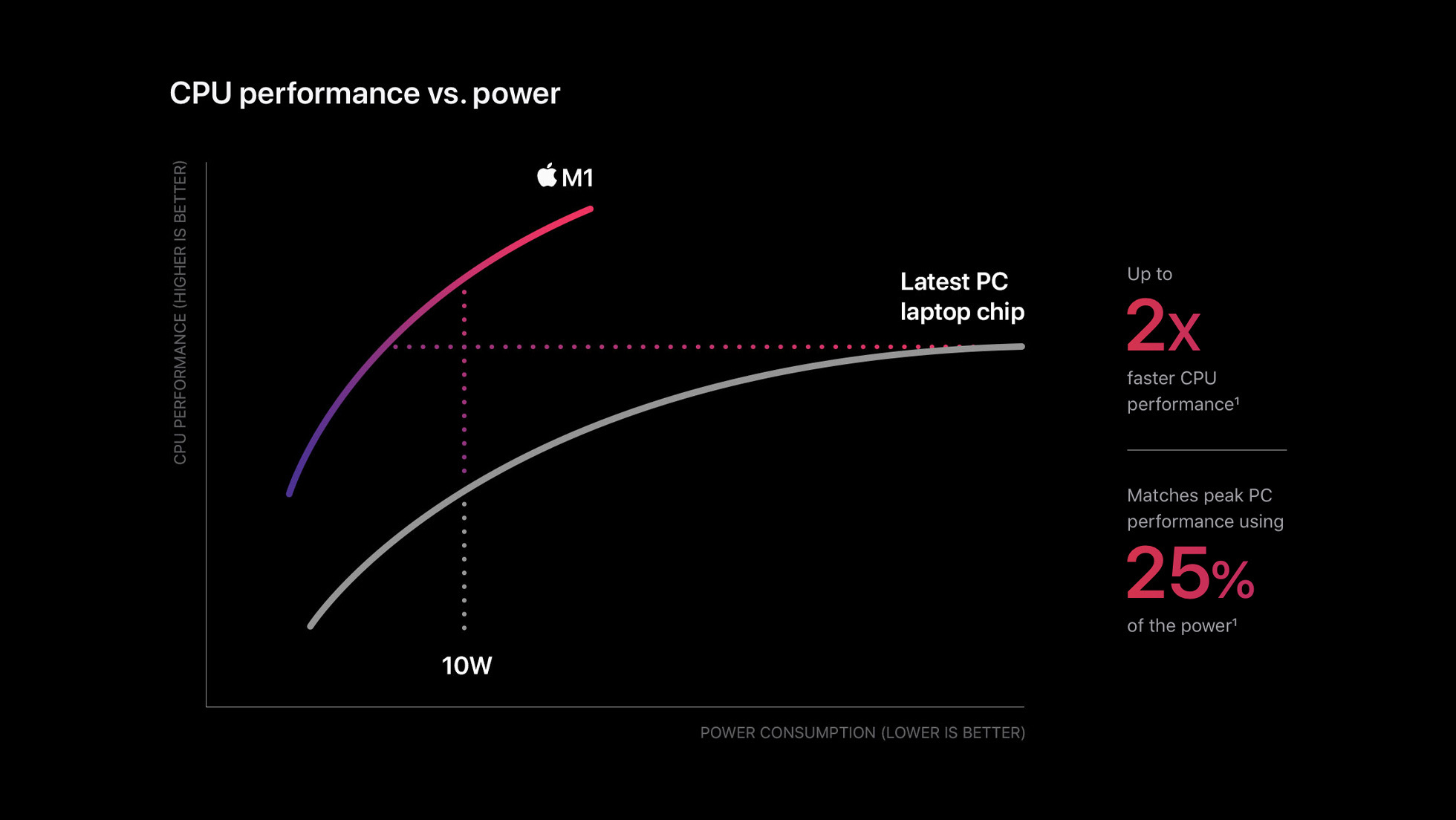 For things that did get numbers, be sure to check out this post by John Voorhees over on MacStories.

Structurally, the M1 is very similar to its A-class cousins in the iPhone and iPad. The CPU, GPU, neural engine, I/O and other features are all in one package, sharing one pool of memory. You can still choose between 8 or 16 GB of memory when ordering one of these machines, but knowing how that memory is being used just got more complicated. This also means the end of upgrading RAM in the Mac mini, which is a bummer.1

The new hardware brings other assorted goodies including WiFi 6, Thunderbolt / USB 4 and — in the case of the MacBook Air — fan-less, silent operation.

The headline is, of course, that these new machines will be much, much faster than the Intel models they replace, while using less energy and achieving better battery life. As impressive as this factor was when Apple switched to Intel 15 years ago, it seems even more so now. Apple touted CPU performance of 2.8-3.5x faster, with GPUs coming in 5-6x faster, depending on the specific product.

On the outside, these new Macs are just like the ones they replace. There’s no 14-inch MacBook Pro, and as touch-friendly as Big Sur looks, there are no panels anywhere in the line.2

I’ve ordered a nicely-optioned MacBook Air for my wife, but when it gets here in a couple of weeks, I’m going to migrate everything from my 16-inch MacBook Pro to it and spend some time with it. I’m looking forward to what iOS apps are like on the Mac, and am a little afraid of how fast it’s going to seem compared to my Intel notebook.