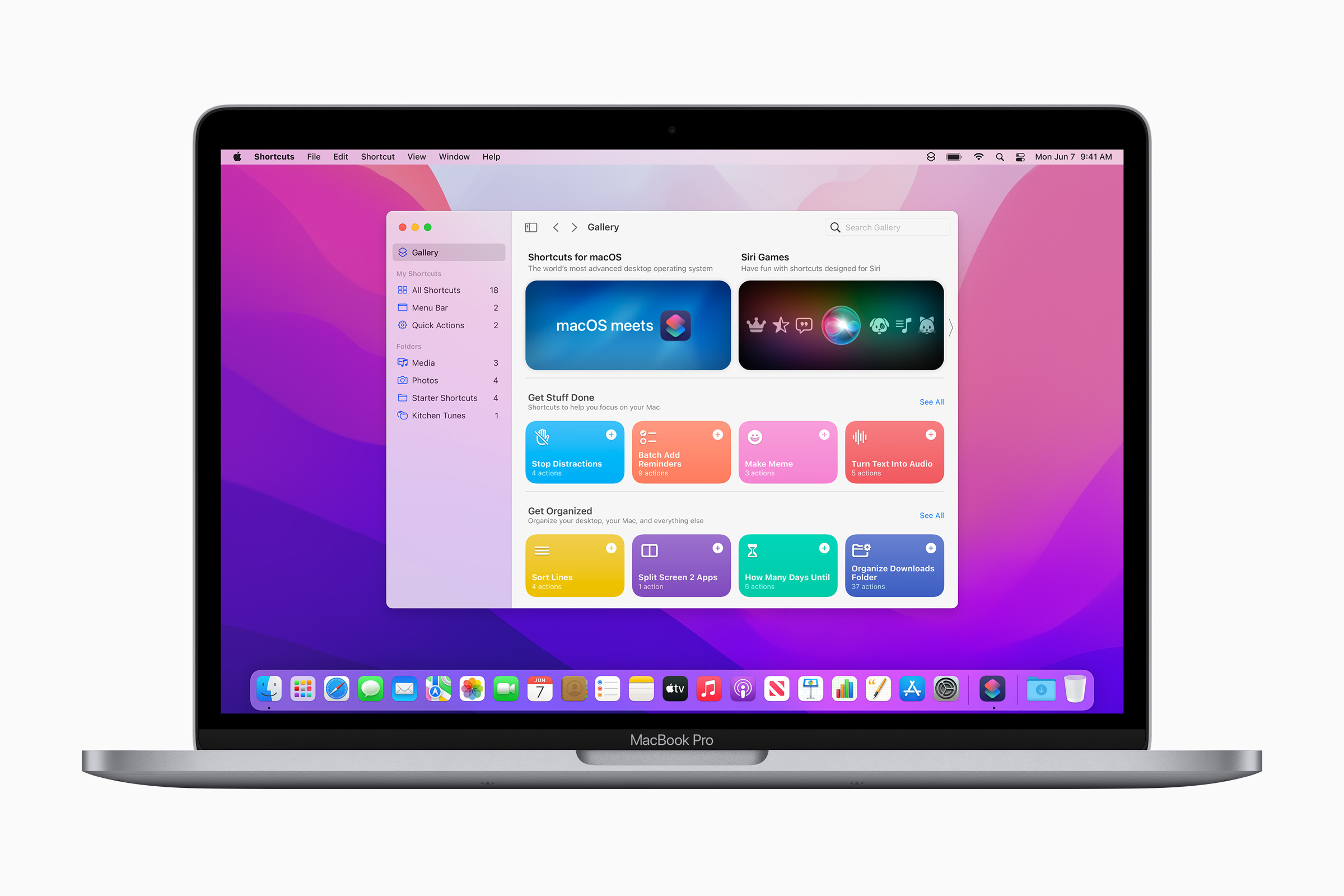 Today at WWDC, Apple announced the next version of the Mac operating system, macOS Monterey.1 It doesn’t bring as much change as Big Sur did, but I think most Mac users will be just fine with that. However, I don’t think Monterey is a release worth sleeping on; there is a lot here this year.

All Children are Loved the Same

My initial impression, right after the keynote, is that I am pleased that the almost all of the headlining features in iOS and iPadOS are coming to the Mac this year as well.

Safari’s new design and Tab Groups are present across all three platforms. Quick Notes can be created on both the Mac and iPad, and are editable on the iPhone. Notes can be tagged across platforms and their edit history reviewed.

Live Text — the ability to search for and interact with text inside of photos isn’t locked away to mobile devices, something I figured would be.

I am very interested in how SharePlay turns out in practice. Coming from a year of trying several different watch-along evening with family members, if this works, it’ll be like magic. And AirPlay to the Mac? That’s just overdue by years.

FaceTime is getting so much-needed love this year too, but I can’t help but feels like it’s too little too late to truly take on Zoom.

There’s also a new Low Power Mode! I can’t wait to dig into that.

A New Era of Automation

As has been rumored for a couple of years, Shortcuts is set to make its debut on the Mac later this year.

The UI looks very much like the iPad version, which means it should be easier to create automations and edit others in this app than compared to something like Automator or AppleScript.

I gotta be honest: the writing is on the wall for Automator. Shortcuts can import Automator workflows, and Craig mentioned that “Shortcuts is the future of automation on the Mac,” so I don’t think it looks good for our little robotic friend in the long run. For now, however, it remains, being able to handle workflows that Shortcuts may not be ready for.

Individual Shortcuts can be run from from the Dock, menu bar, the Finder, Spotlight, or with Siri, making them even more flexible than Automator’s workflows, which gained a foothold in Finder a few years ago as “Quick Actions.”

Meanwhile, according to Apple, AppleScript and shell scripts can be run within Shortcuts. This was of course possible in Automator, and is another blow to that application. That said, as a professional Macintosh User, I am thrilled that scripting seems to be safe in the Shortcut-infused future.

Out of everything announced for macOS today, I honestly think this is the biggest deal when considering the future of the Mac.

macOS 12 brings with it new system requirements, dropping all 2013 and 2014 Macs except for the 2013 Mac Pro and late 2014 Mac mini. The initial 2015 MacBook has been left behind as well. Here’s the complete list of supported systems:

As of the first beta, Monterey does not include any new nature wallpapers as previous releases has.

I think Monterey is a bigger deal than it seems, mainly for what it says about the Mac’s place in Apple’s overall strategy. It’s getting major features in step with iOS and iPadOS, but is still unique, even with its version of Shortcuts. I know 2021 is the Year of Mac Hardware, but I like where macOS 12 is going.