My buddy (and Connected co-host) Federico has been featured in the Mac App Store:

Federico Viticci became a master of Shortcuts by playing the long game.

In 2009 he cofounded MacStories, one of the most popular and trusted sources of Apple news and reviews on the web. Along the way, his obsession with efficiency led the Rome-based writer and journalist to become an expert at using Shortcuts on iOS. “It’s all about removing friction from everyday tasks,” he says.

With the debut of macOS Monterey, Viticci is taking advantage of the Shortcuts app on Mac and enjoying the chance to use his talents in an entirely new arena. “My first reaction to Shortcuts on Mac, honestly, was ‘What an incredible opportunity,'” says Viticci.

I mean, just look at this guy. Couldn’t be happier for him. 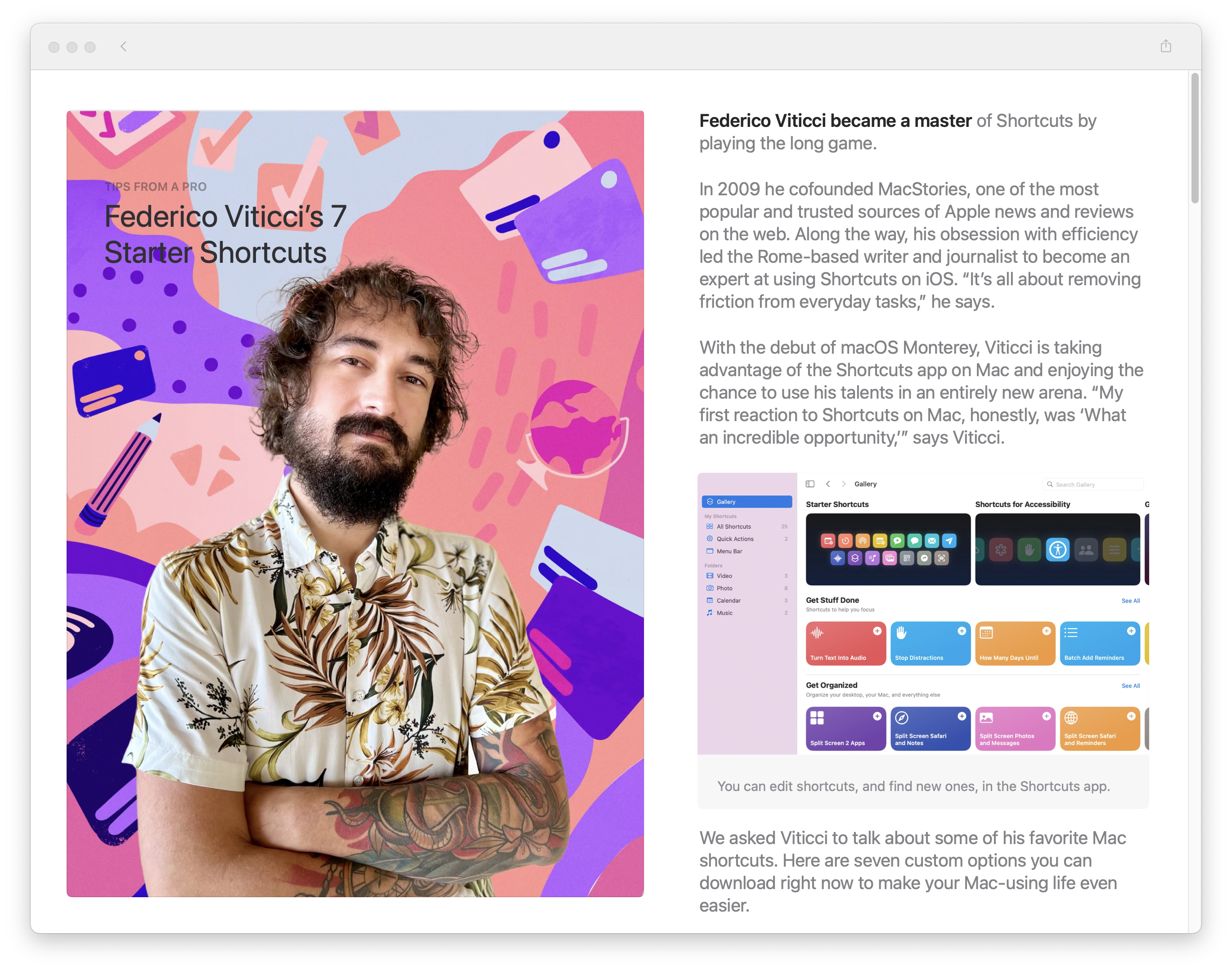