Clarus the Dogcow is my favorite bit of Apple lore. It’s really cool to see that our friend is back in the new version of macOS.

Did you know that with macOS Ventura, Clarus the Dogcow has at long last returned home? Recently, while doing something else, I accidentally hit Cmd+Shift+P which opened the Page Setup dialog. I was greeted, surprisingly, with a new high-resolution version of the classic Clarus icon that I’d never seen before. I looked at it briefly, and then closed the dialog and went back to whatever I was doing before. I had assumed that because I’d been in a 3rd-party app at the time, that the Clarus icon was just some easter egg the developer had left. But a little while later, I got to thinking. What were the chances that someone went to the trouble of customizing the Page Setup dialog, of all things, just for an easter egg? Zero, it turns out. That dialog shows Clarus on the page preview in every app.

I have mixed feelings about Clarus’ new design,1 but just look at this glorious screenshot: 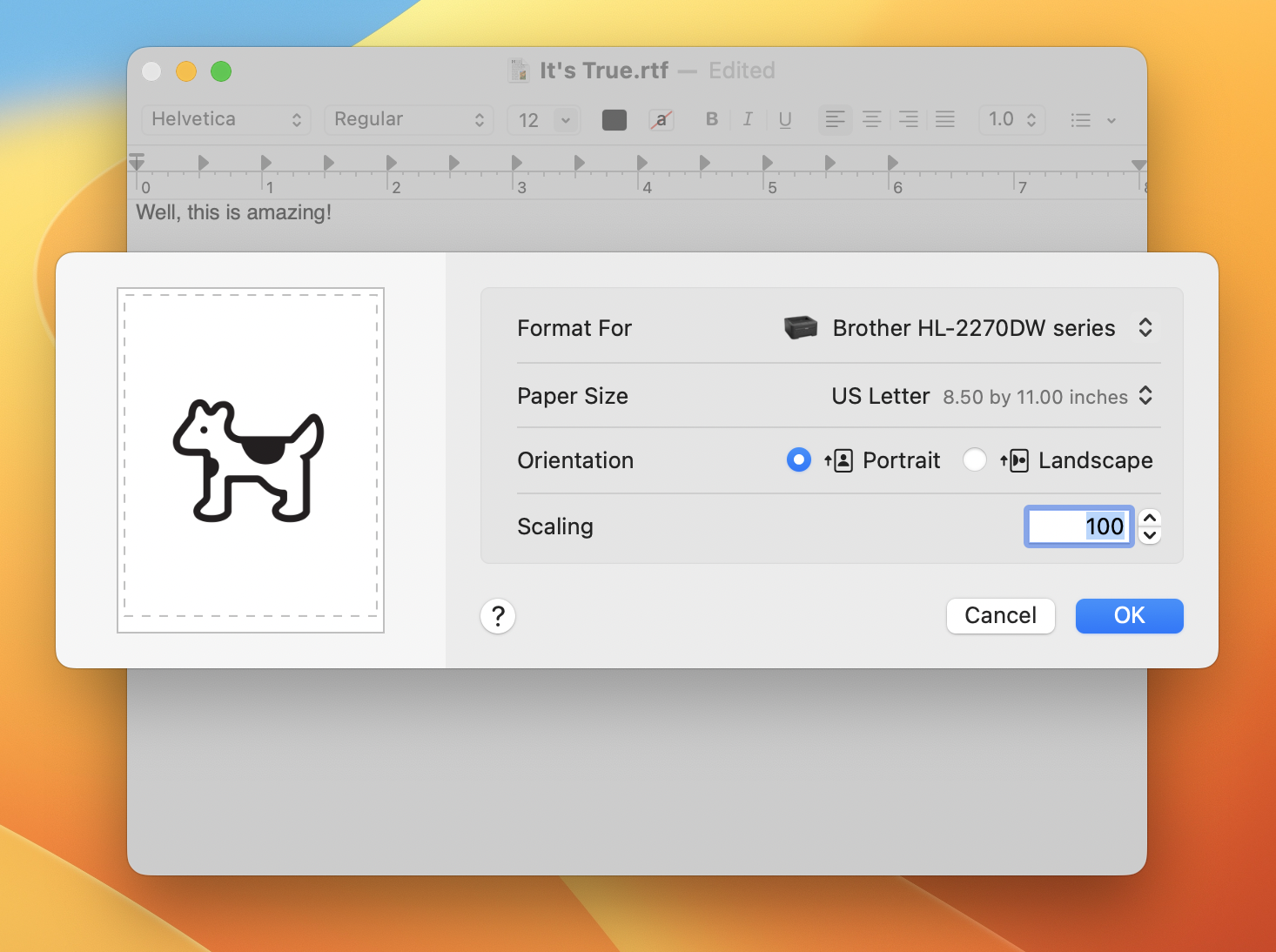 Update: iOS 16 seems to fix the “cowdog” bug. What a set of releases!