A couple of weeks ago, I wrote about my latest attempt to add my older garage door opener to HomeKit.

That project has been a huge hit with everyone in my household, so emboldened, I recently took on an additional HomeKit project: adding our driveway gate to the network.

When I first had the idea, I assumed that I would need to piece something together on my own, but then I came across a product called the ismartgate. After poking around the website for a few minutes, I came across this really great configuration page. After checking a few boxes, the website told me that the ismartgate LITE would work for my needs. $130 and a few days later, I was ready to go.

Compared to installing the Meross, this was shockingly straightforward. The main unit plugged into a spare power outlet located inside of my gate’s control box, and I had to run a total of just two wires to the control board:

With the brains of the ismartgate squared away, I now had to set up the magnetic sensor so it would know if the gate was opened or closed. After some tinkering, I ended up mounting them on the hinged portion of the gate: 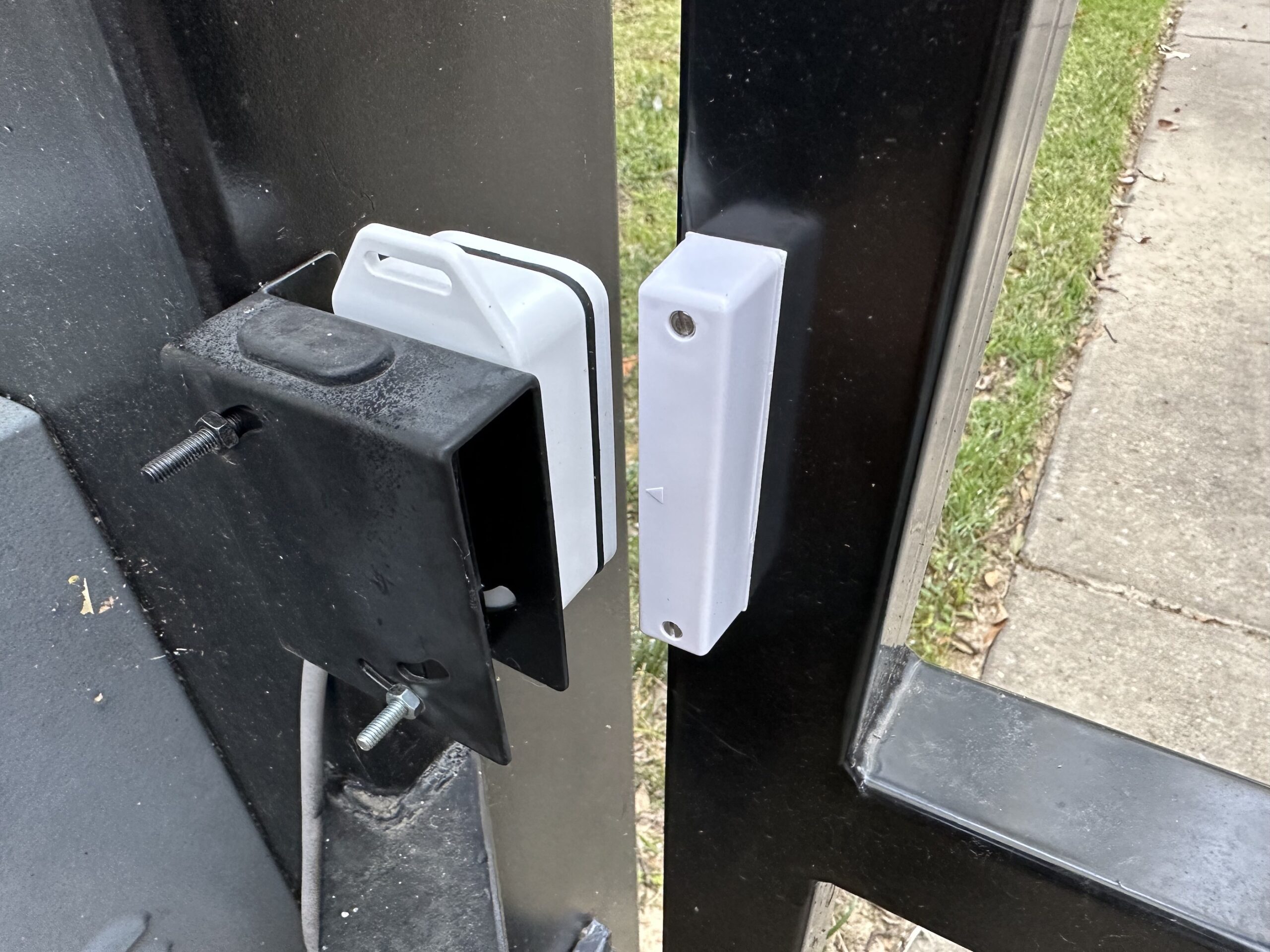 When the gate is closed, the surface with the magnet rotates, coming near the sensor, which is battery powered. I was able to mount it using some strong double-sided foam tape and one of the two screws used to hold the laser emitter in place.1

Getting the ismartgate LITE added to HomeKit was very simple, but it serves as a reminder that Apple doesn’t ship near enough icons to choose from in the Home app. Visually, it and my garage door look the same, which is a bit annoying.

Also annoying is how Siri treats the names of rooms and accessories. I put the “Garage Door” in a room called “Garage” in HomeKit. That worked really well until I added the “Gate” to the same room. Then, Siri wanted me to clarify what I meant when I said “Open the garage door.” Until I can dive into that further, I’ve moved the gate into its own room.

That hiccup aside, I’ve been really happy with my two recent HomeKit additions. In both cases, a relatively cheap accessory — that can be easily uninstalled — has made life just a little bit nicer here at the Hackett house.