Three years ago, I installed the Insignia Wi-Fi Garage Door Controller, which allowed me to check the status of my garage door — and control it — via HomeKit.

After that blog post was published, I heard from several people saying that they had done the same thing, just to be disappointed when the Insignia hardware failed on them within the first year or two of use.

I’m sad to say that the same thing happened to me, so for the last year or so, I’ve been opening my garage door with its old-school remote like an animal.

This issue was so widespread that Insignia has discontinued the product.

Recently, some folks in the Relay FM Member Discord were discussing a HomeKit garage door kit made by Meross. The company makes a wide-range of HomeKit-enabled gear, all of which seems to be well-liked so I spent the $50 for the kit.

Installation was pretty straight-forward. Unlike the Insignia, which had a module that attached to the garage door to work out its orientation, the Meross uses a set of small magnetic sensors to know when the door is closed. As the door opens and moves up the track, the sensors lose contact with each other, and the system knows that the door is open.

The stationary side of the sensor pair is hard-wired to the base unit, and doesn’t require separate power or batteries. I like the simplicity of that, even if it meant needing to run wire from the sensor back to the small base unit, which I mounted to the top of the garage door opener. My garage is unfinished, so it wasn’t a big deal with to run the wire, especially with Myke Hurley making sure my ladder didn’t move out from under me.

The other wiring required was to two terminals on the garage door opener itself. These terminals are also used for the wired button in the garage, so this was just a matter of backing the screw out on each terminal, then slipping the new wires into place. My opener is from the 90s, but didn’t give me any trouble during the installation.

The base unit plugs into power via USB-A and a small power brick. No batteries needed.

The opener requires the Meross app for set up and firmware updates, which isn’t a dealbreaker for me. It’s been shuttled off into the App Library forever, but now my garage door shows up in the Home app, right next to a bunch of other stuff around the house: 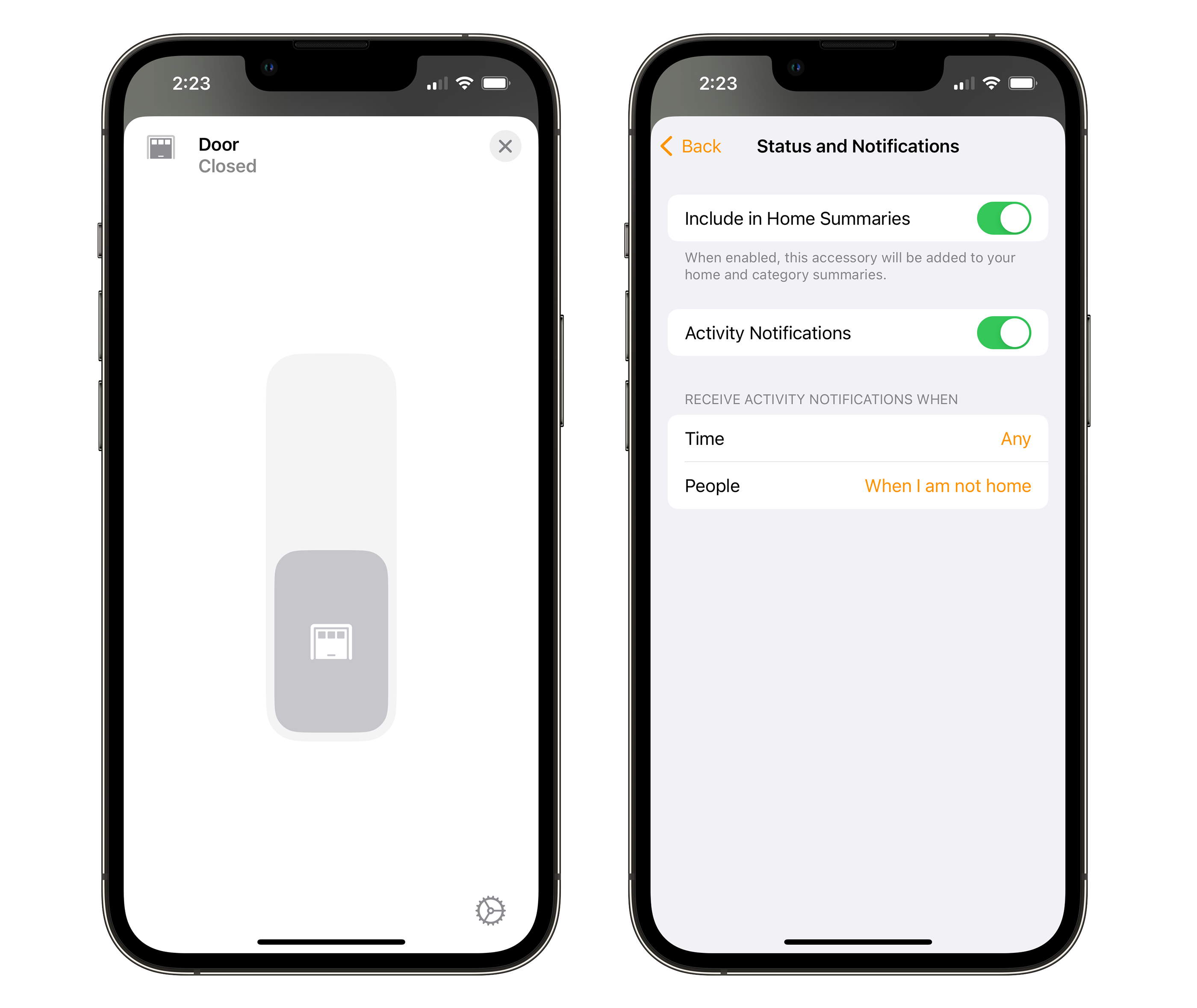