As a long-time Mail.app user, I was excited to see Apple giving new features to the app in this year’s crop of OS releases.

Some of these additions are great; I particularly like the ability to schedule a message to be sent at a later time, as well as the ability to “unsend” a message. Sure, that second one is really just a 30 second timer set in the Outbox before a message heads off to the recipient, but it’s a really nice tool for those of us who are prone to typos.

The follow-up feature has been hit or miss for me. The idea is great, as having Mail remind me about a message that didn’t get a response is genuinely useful, but whatever logic Mail is using to pick which emails deserve this treatment is impossible to parse.

The new feature that is currently bothering me is Mail’s new ability to remind me if I forget an attachment or recipient. Gmail and others have had this for years, and it’s honestly great.

It’s just too bad that Mail doesn’t seem to understand that some people put their email addresses in their email signatures. As you can see in this screenshot, Mail has started warning me every time I send a message that the email address in my footer has been left off the recipient list: 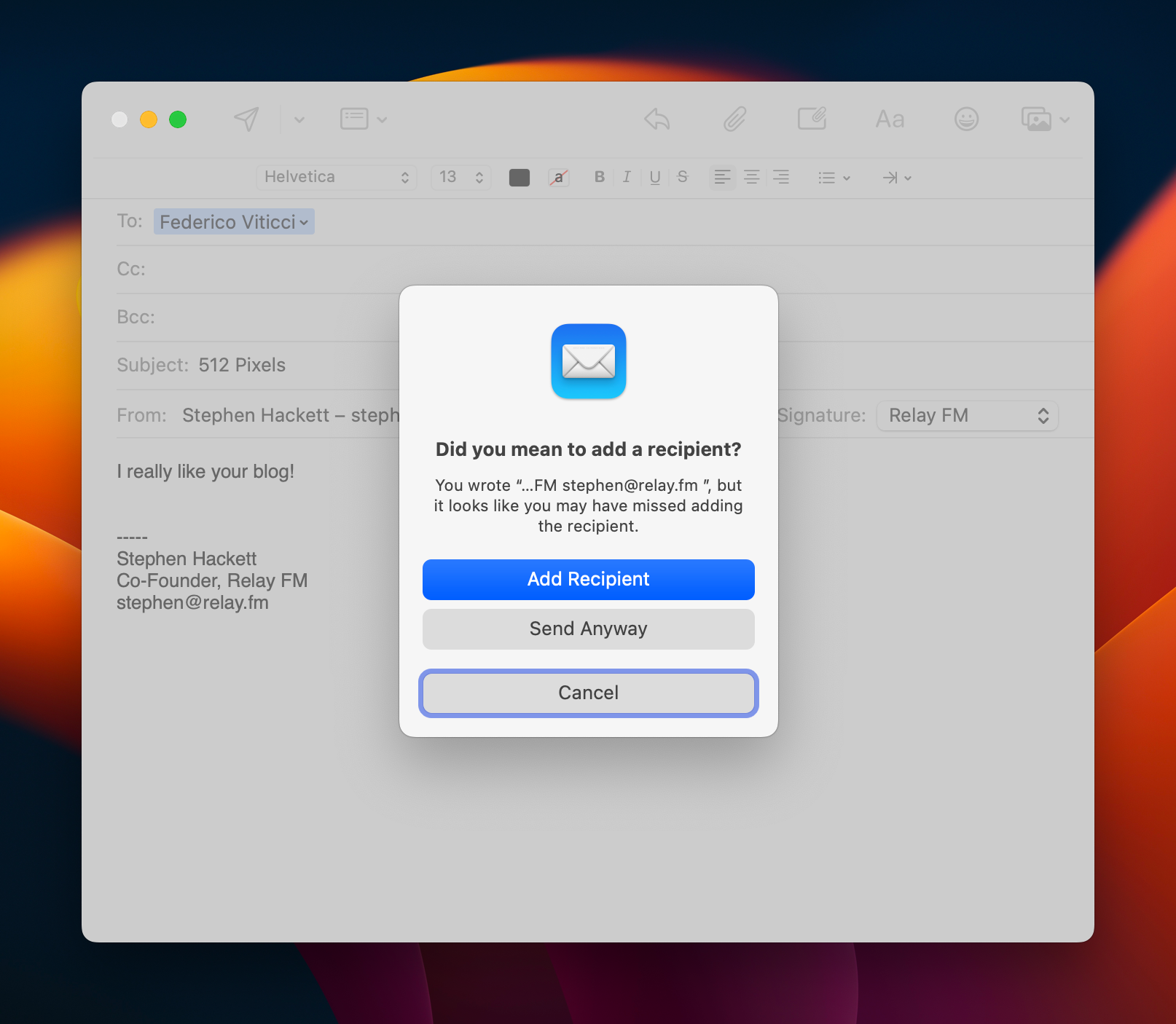 This is a shockingly dumb catch on Mail’s part because the application should know what I have set up using its own Signatures feature. It’s literally right there in the app’s own settings: 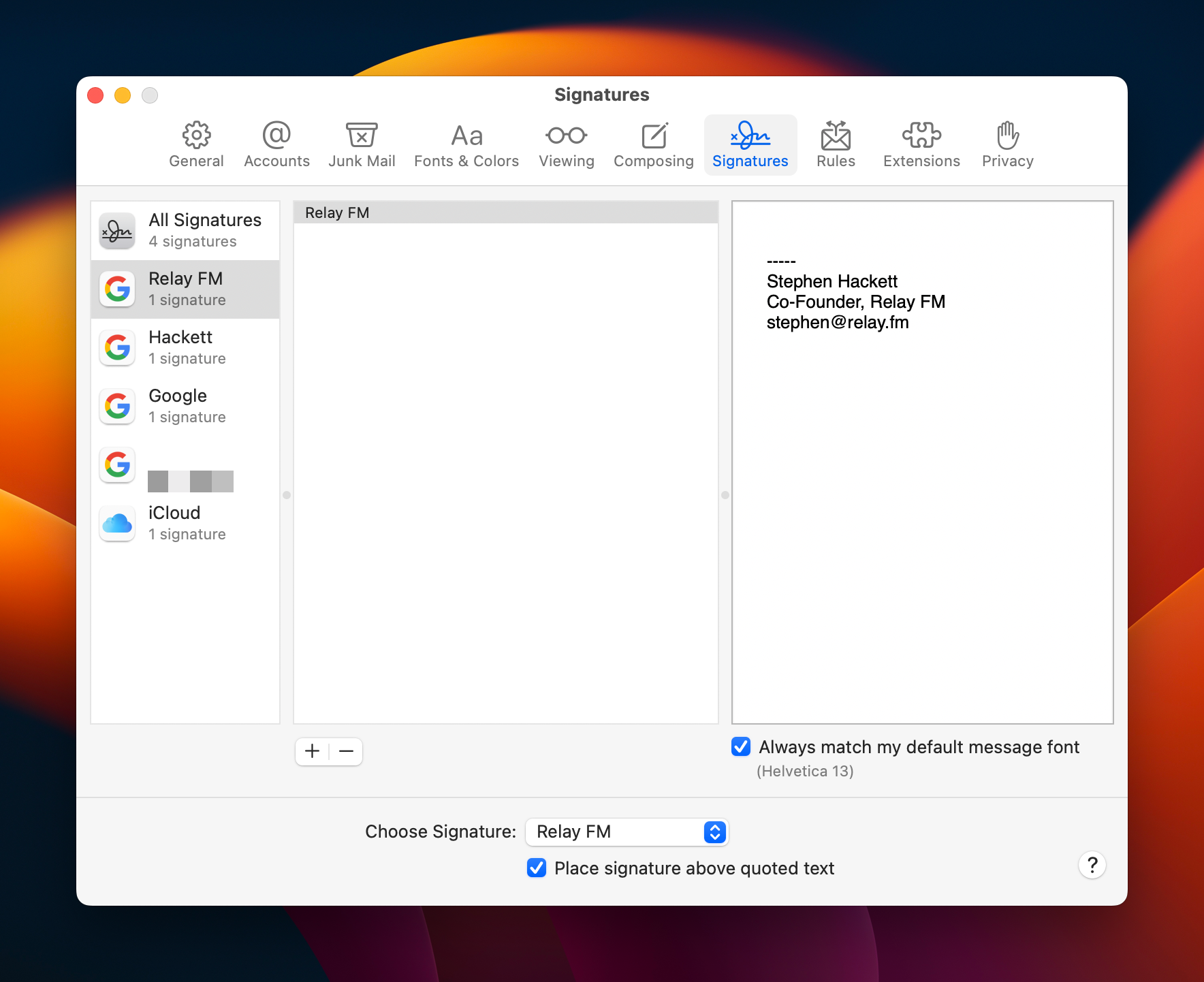