While working on a Top Secret project,1 I needed to install OS X Lion on an older MacBook Pro. I have my own USB installer that I created, but I thought it would be a good time to use the USB installer Apple sold for $69 back in the day.2

Physically, the USB key is about as minimal as you can get. It’s just a thin piece of plastic with exposed USB contacts on side that slid right into a USB A port: 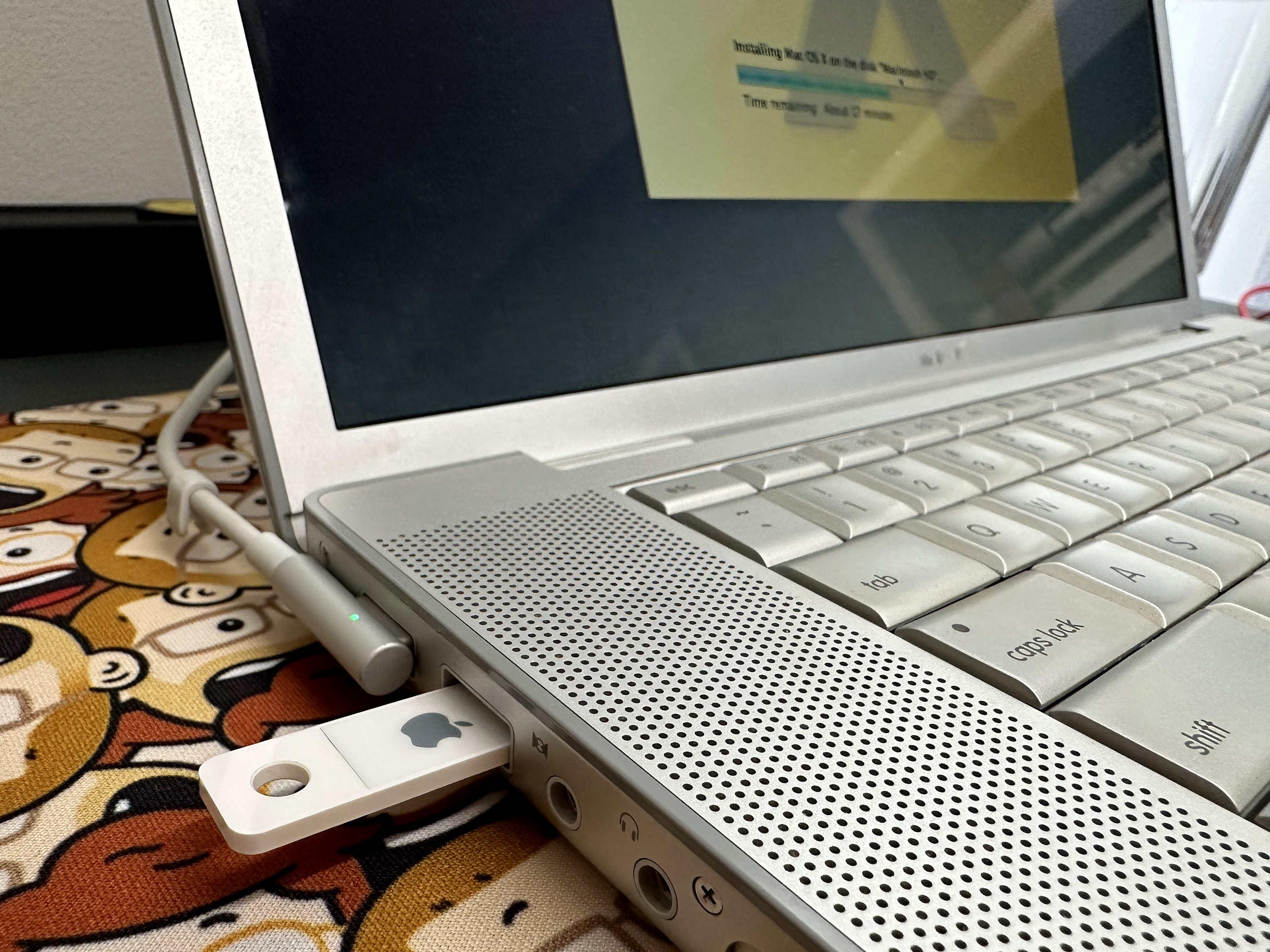 It mounts in Finder like any other volume, complete with a custom icon. Here it is in Mac OS X Snow Leopard:

Installing off the USB Key is just like installing Lion from the App Store. Once I had the new OS up and running, I was curious to see how the system would handle the USB volume.

It can explored in Finder just like any of Apple’s downloaded macOS installer, and Terminal shows its contents like any other volume. Lion’s version of Disk Utility has no idea what to make of it, showing it as optical media: 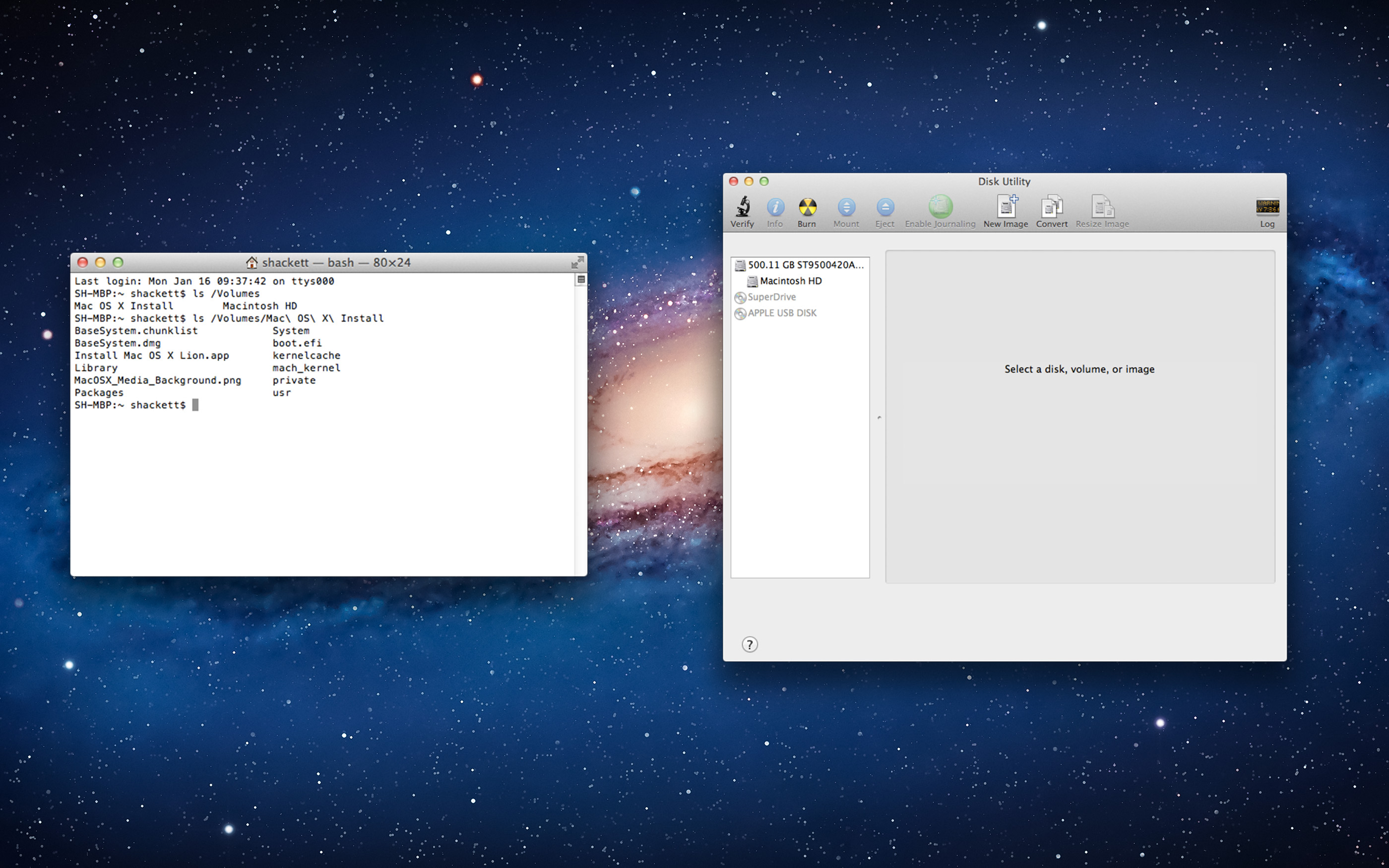 However, Disk Utility in later versions of macOS sees it as a regular USB volume, as seen here on macOS Ventura: 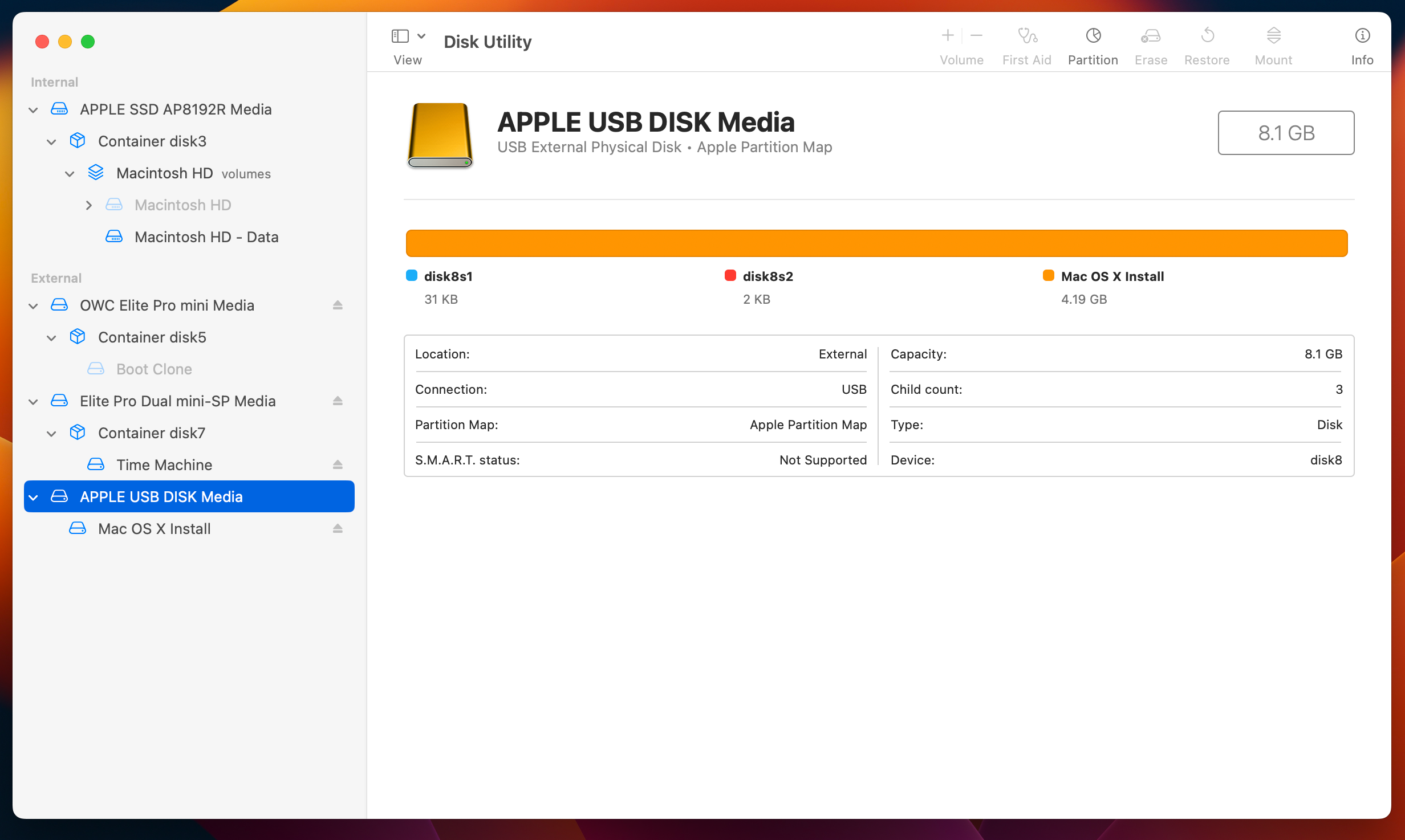 It’s a bit of a shame that Lion’s USB installer was a one-and-done thing, but I can’t imagine it sold very well. Downloading new versions of macOS quickly became the norm, no matter how neat this tiny USB key is.